A WOMAN was left stunned after claiming a brutal parking note was left on her car.

A photo of the note was shared on Reddit and Instagram and people are finding it hilarious. 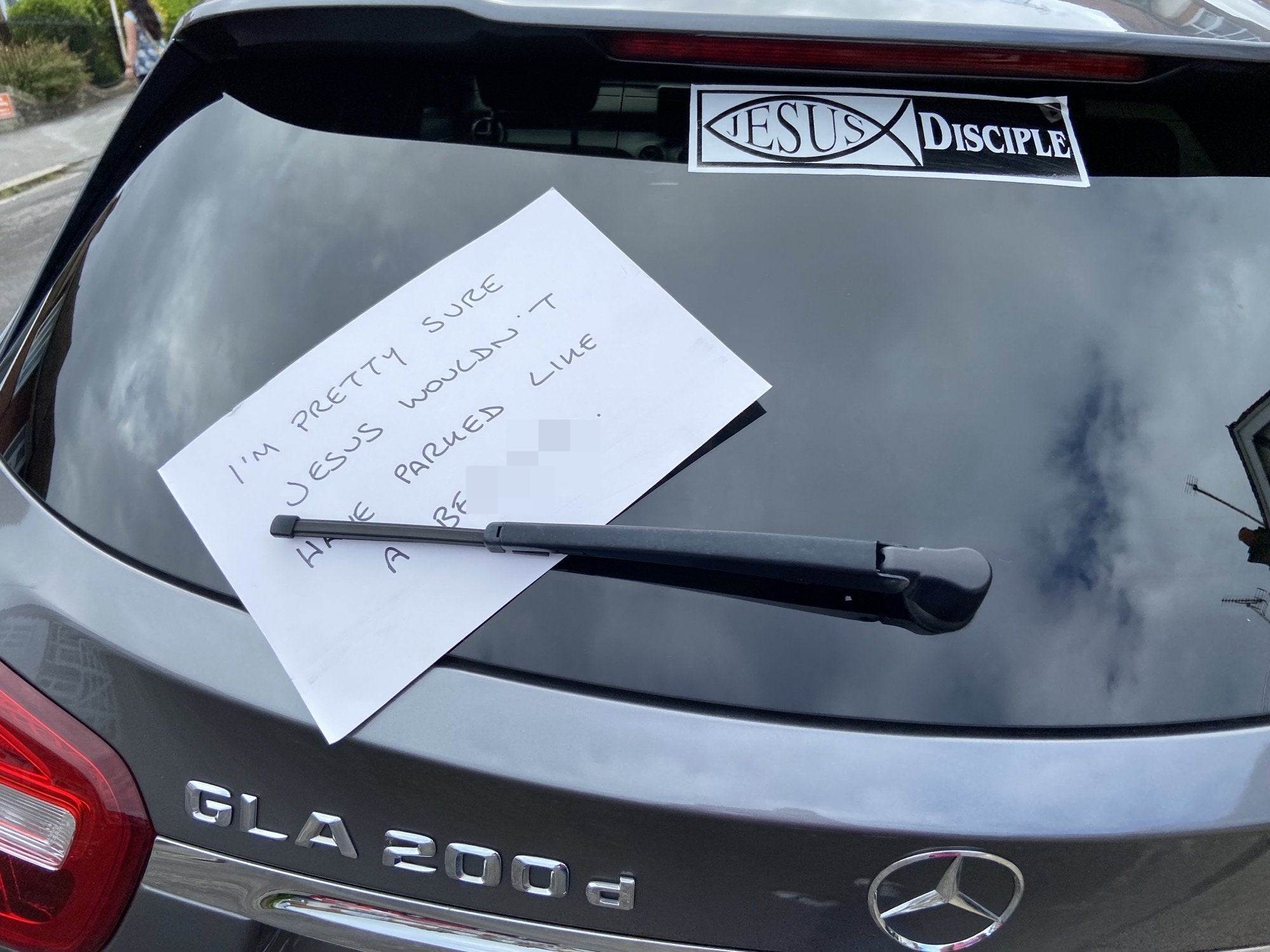 The note was placed on the vehicle which had a bumper sticker that said “Jesus disciple”.

However, the angry person clearly found the parking less than godly, as they wrote a note that said: “I’m pretty sure that Jesus wouldn’t have parked like a bell***”.

The image was shared with the caption: “I shouldn’t laugh, but I’m going to…”

Although the note could be a joke, many people were left amused and didn’t hold back with their comments.

One wrote: “Jesus would be very bad at parking, never having seen a car before.”

Another added: “Jesus take the wheel, I can't parallel park.”

A third commented: “General rule of thumb: if you see that jesus fish, they can’t drive.”

Previously, a neighbour’s savage note criticises mum’s parenting skills and demands she stop using the car to get the kids to sleep.

And a stranger leaves stressed mum with crying baby a note on her car – but it’s not what you’d think.

Tiger Woods In ‘Good Spirits’ After Having 2nd Surgery Done On Leg Post-Crash: It Was ‘Successful’

Who is on The One Show tonight? Freddie Flintoff joins Angellica Bell and Amol Rajan