WOMEN have revealed how they're treated differently when they have a full face of make-up on – and when they go out without slap.

Speaking on Quora, the lasses bravely shared their fresh faced snaps – and admitted they feel "invisible" without make-up, but are treated as "stuck up" when they wear it. 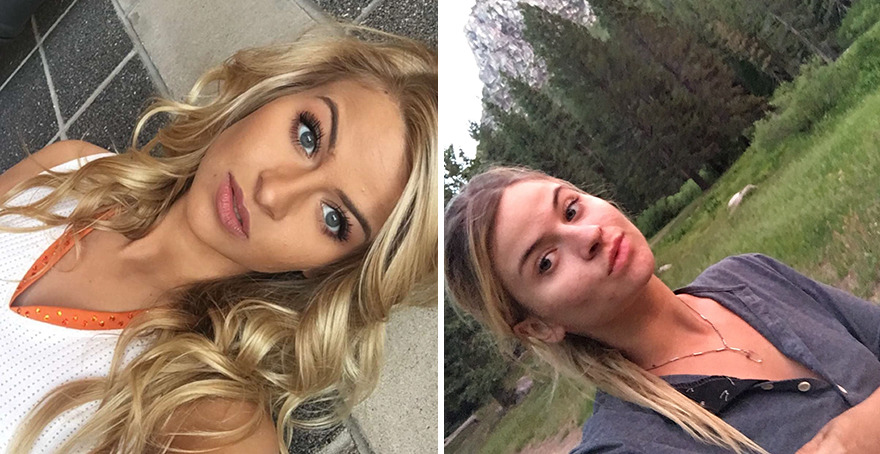 Without make-up, Rachel gets treated like any normal girl.

But when she gets dolled up, Rachel says girls try to pick fights with her "because their husband was looking at me" and even storm out of her work.

She says: "As some of my best friends have told me, I come across as 'intimidating' and 'mean'" when dolled up.

By contrast, Rachel's gone out for dates make-up free as an experiment – and found her date never called her back. 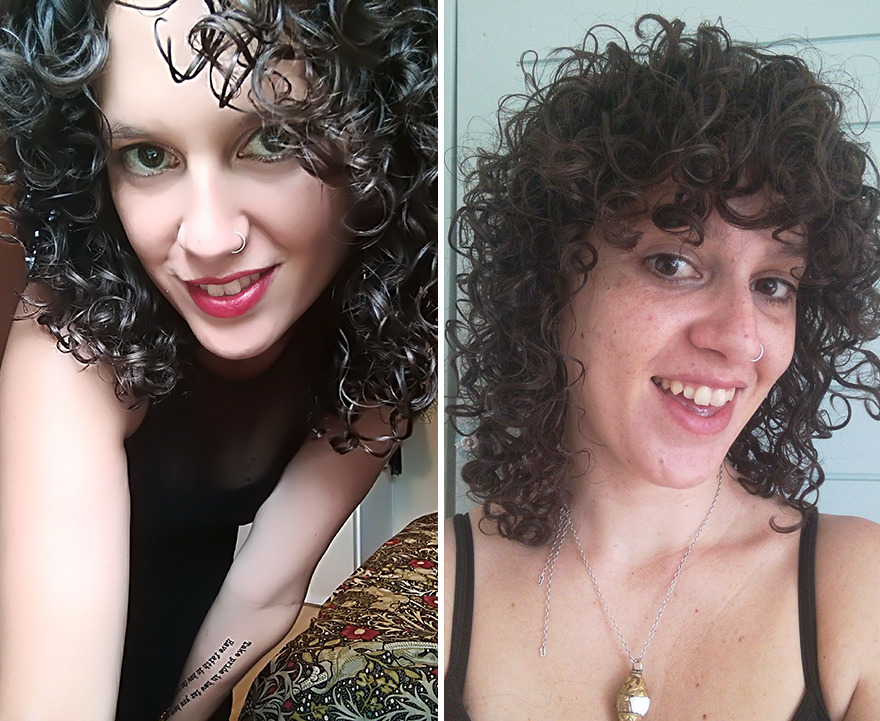 Dawn says she's treated hugely differently when she's dolled up, and is frustrated women's choices seem to be "invisibility or being leered at".

She adds: "When I am normal Dawn, I don't turn heads, I am invisible. Fine by me. I am an introvert." 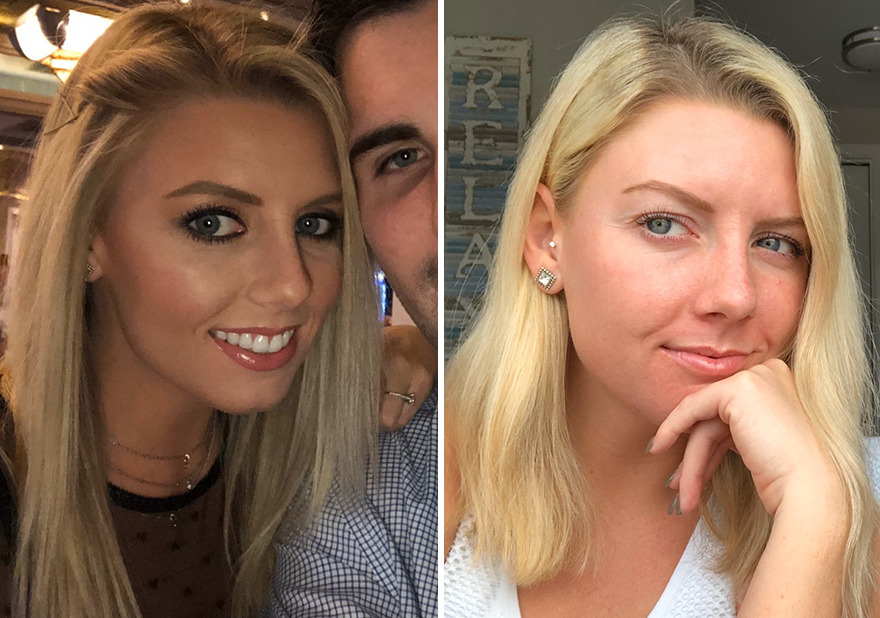 Shannon says people are much nicer to her when she's wearing full make-up, whether they're men or women.

She says: "When I wear full makeup, the compliments are endless; it’s almost as if I can say nothing wrong."

According to Shannon, she gets constantly approached by guys, even if she's standing next to her husband.

But when she's fresh faced, she says: "I am approached way less and garner next to no looks." 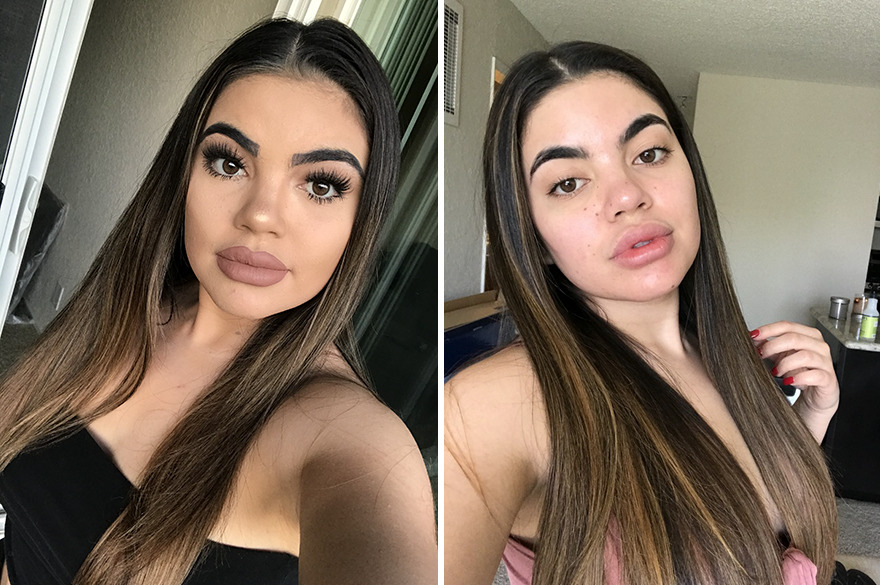 Like Rachel, Karina finds people are ruder to her when she's dolled up.

She says: "Many can be judgmental, having preconceived ideas about me, thinking I’m stuck up or mean.

"People can be really rude… asking if I have my lips done or any cosmetic surgery to my face, people aren’t the nicest, most likely from intimidation I like to think".

Whereas when she's fresh faced, Karina says people have been known to ask if she's sick, or tell her she looks tired. 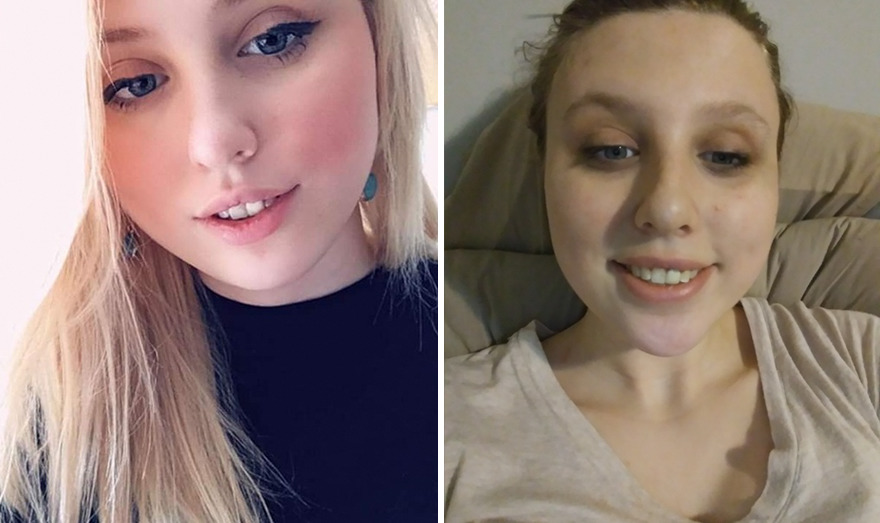 She says: "Males regard me as a friend, not some weird sex toy."

By contrast, she adds: "When I’m wearing makeup, men approach me constantly…Strange men will try to make sexual advances… Women can be awfully snarky and even dismiss you as friends."

Emily says she often prefers not to wear make-up, as she doesn't want to be judged on her looks, saying it's "sad" that's all some see. 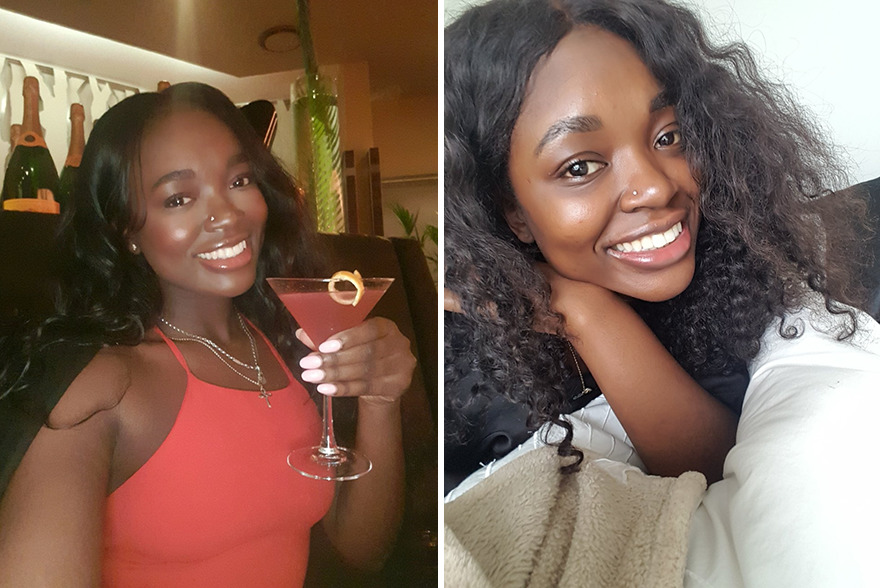 Ash says she actually gets less attention from blokes when she's wearing make-up, as she's been told she's "intimidating".

Shockingly, she adds: "The amount of times I've been approached for escorting offers is uncountable".

Ash says she's treated very differently without make-up, with less stares and no questions. She thinks the make-up draws attention, but insists "I'm the same person in both situations". 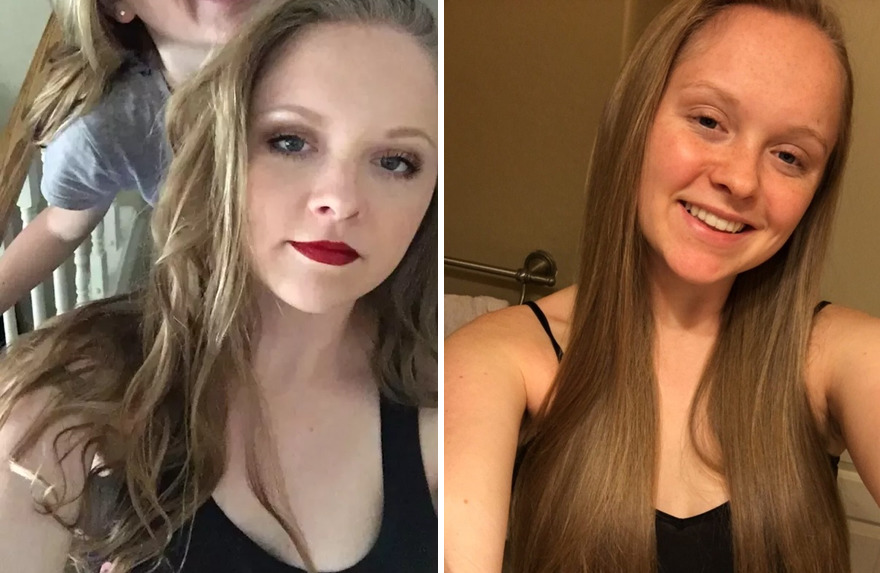 Hannah says she gets more compliments when she's wearing make-up, but she too gets some negative reactions.

She shares: "If I actually put on some eye-shadow or lipstick, I'm usually met with 'what's the special occasion?'"

Hannah has naturally blonde eyelashes, so people can be rude about her natural look as well.

"The one most profound response I usually get is 'Woah, where'd your eyelashes go?'" she says. "If I’m not donning mascara, I'm usually asked if I'm feeling okay, if I'm sick, or tired."

Flipping a coin for major decisions could make you happier

Roadmap out of lockdown DID work, Neil Ferguson-led study says