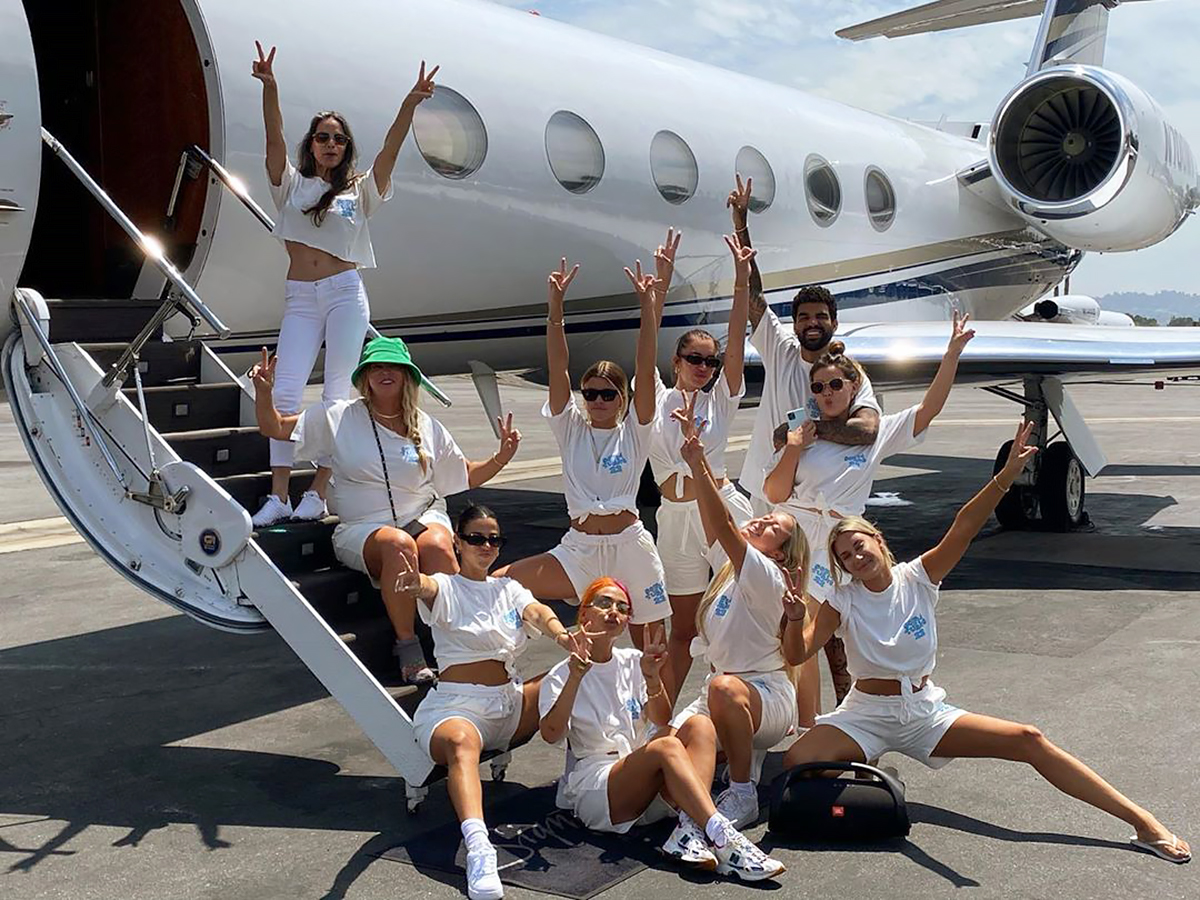 On Sunday, August 23, the model took to Instagram to show off her fabulous birthday celebrations, which included some seriously cool themed outfits. The all-white looks were made up of short sleeve T-shirts and shorts with “Sofia turns 22” written on it in sky blue bubble letters. According to Daily Mail, the merch came courtesy of Kylie Jenner’s best friend Anastasia “Stassie” Karanikolaou.

In one of the pics Richie shared to her feed, she and a group of friends posed in front of a private jet throwing up peace signs, all while matching in the chic, laid-back ensemble. “22 feels good,” she captioned the post. Guests included Karanikolaou, her brother Miles Richie and their mother, Diane Alexander.

This gathering happened just a few days after Richie and on-again off-again boyfriend Scott Disick called it quits. On Wednesday, August 19, Us Weekly confirmed that the couple split for the second time this year.

“Scott and Sofia are spending time apart,” a source told Us. “She is making it a point to do her own thing.”

According to another source, they’ve been having a tough time since the initial breakup. “Scott and Sofia have been off and on for two months and now have broken up for good,” they said. “Sofia really pushed to make things work between them after they initially broke up, but Scott officially called it off recently and they are no longer speaking.”

Richie isn’t the only one who likes to rock a themed party look. Back on Monday, August 10, Kylie Jenner posted a pic in an over-the-top glitzy minidress with the Roman Numerals for “23” embellished on the front. “23!!!! Thank you God for another year,” she wrote in the accompanying caption. “The blessings and the lessons.. i’m here for it all and so thankful for each and every one of you.”

Windows 11 warning: New update will BLOCK you from logging in