ROASTED potatoes make for the most comforting side dish.

Their salty flavor and starchy filling makes them satisfying and delicious. 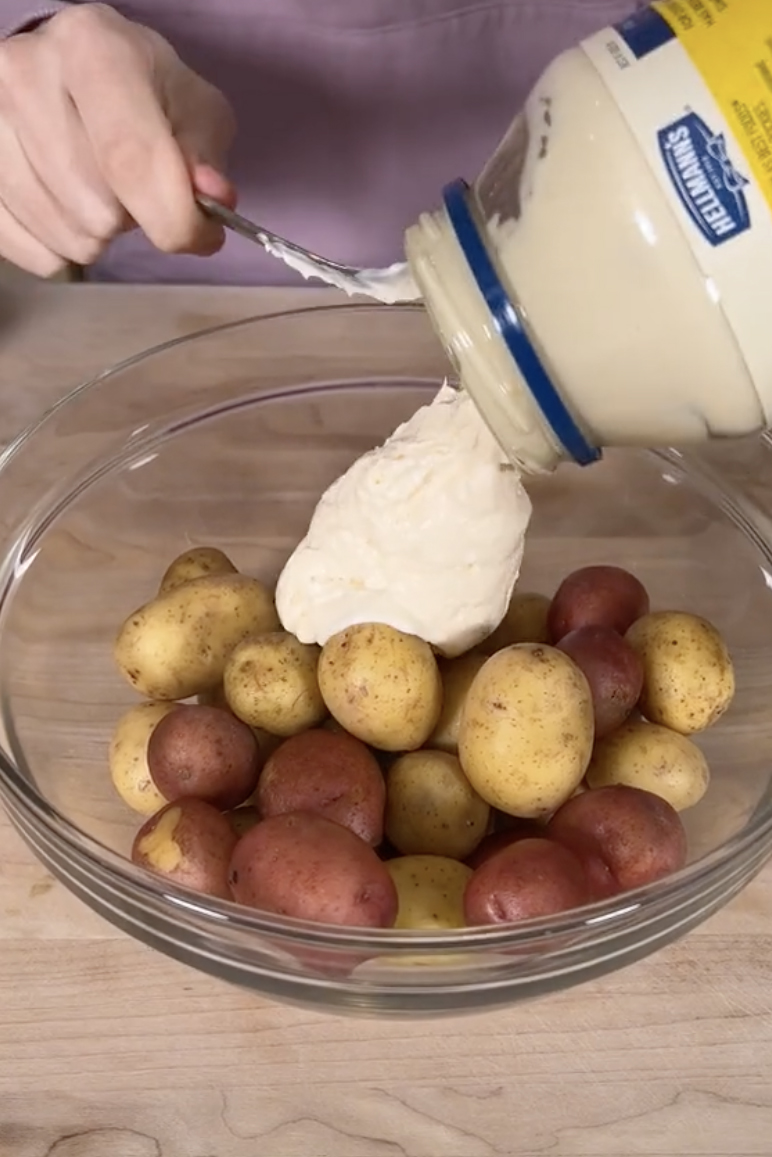 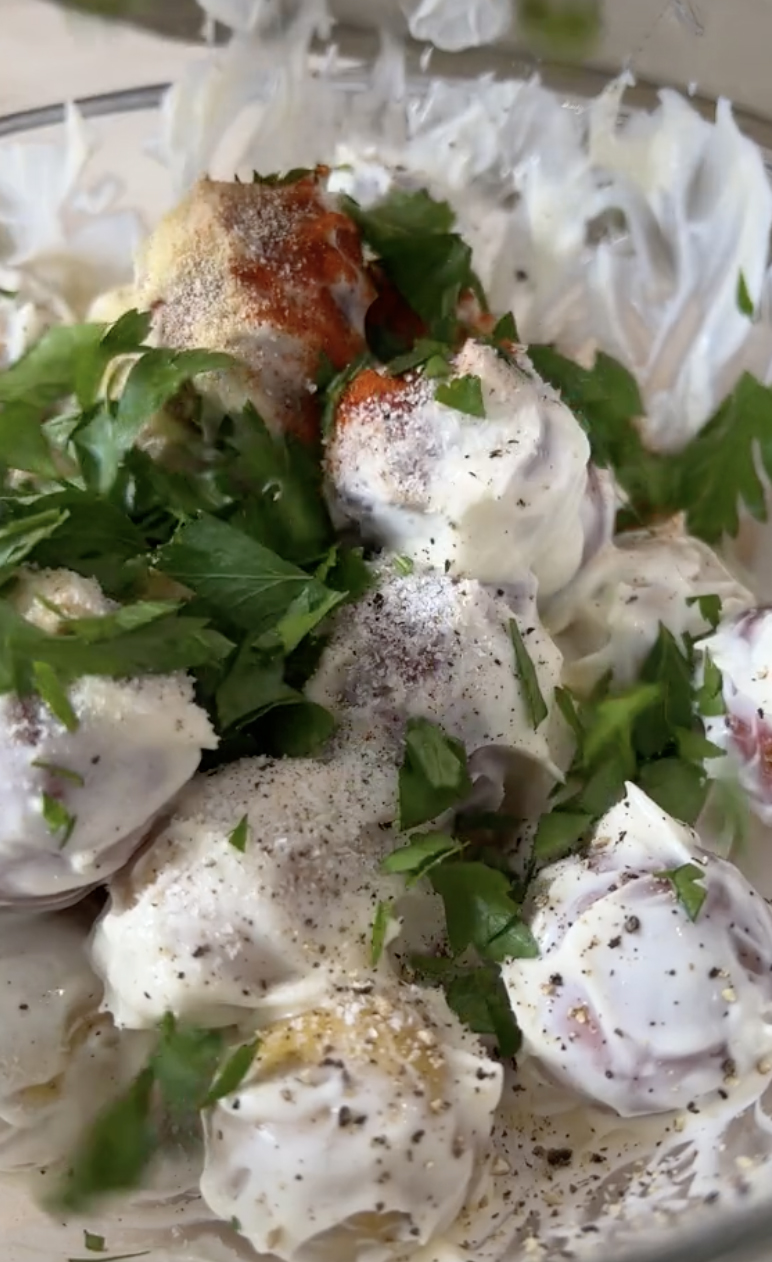 One man said he knows the trick to achieve the best-roasted potatoes, and he said one key ingredient often gets forgotten.

Eitan Bernath is a young chef and entrepreneur who gained internet fame thanks to his easy-to-follow, mouth-watering recipes.

In his tutorial for roasted taters, he began with a bowl of uncooked baby potatoes.

He lathered them with a heaping scoop of Hellman’s mayo: “Massage that all over them,” he said.

Then he added a couple of teaspoons of paprika, garlic powder, onion powder, salt, and freshly cracked pepper.

The chef’s final ingredient was chopped parsley. He mixed it all together, tossing the potatoes with his hands for full coverage.

After laying the potatoes out on a metal sheet pan, he popped them in the oven for about 20-25 minutes.

Moments later, the clip revealed a patch of golden brown, crackling carbs: “And these are now fully baked and cooked through. Check these out!”

Eitan bit into one of them and zoomed into its smoking center.

Though some viewers were thrown off by the inclusion of mayo, most were left salivating:

“This is mad interesting definitely need to try this,” one said.

“Wow, they look so good,” added another.

A third said mayo is a welcomed addition in other recipes as well: “It's really good. I've been putting mayonnaise on potato and chicken when I bake it for years.” 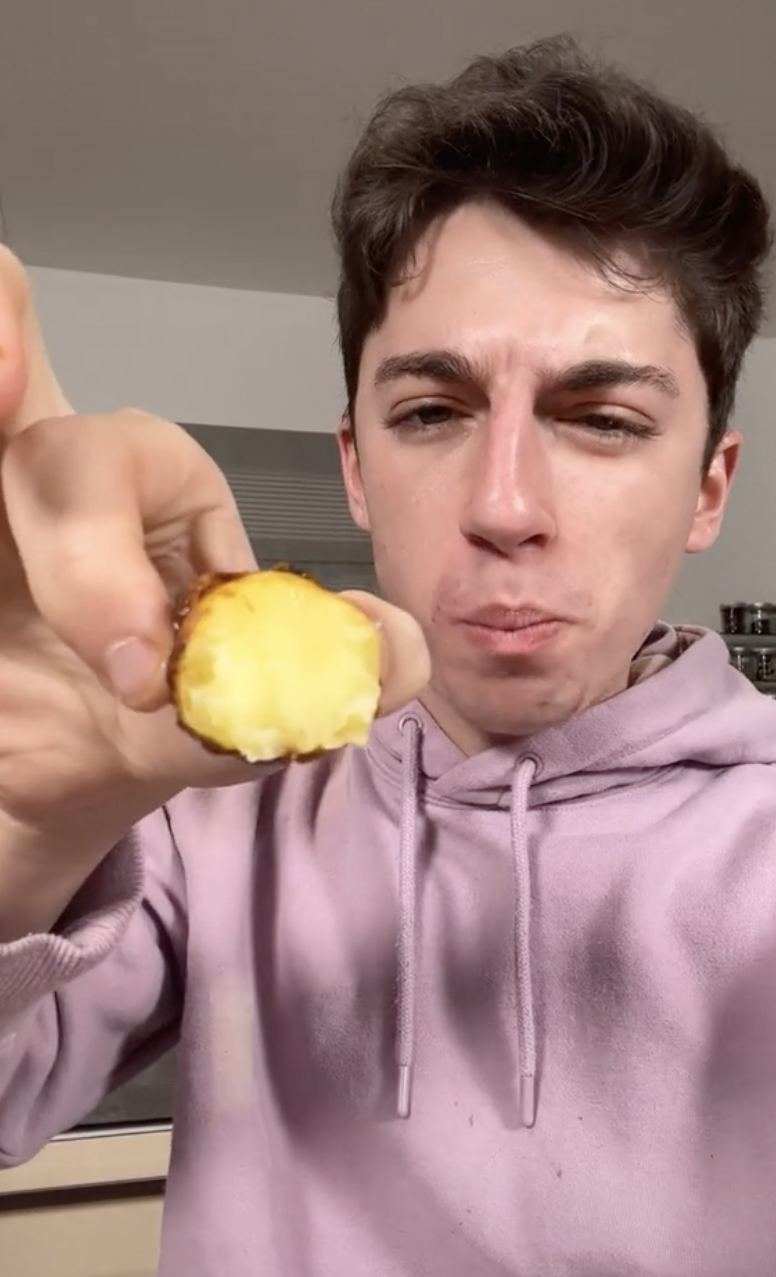