The Oscars red carpet was full of pink gowns, making it one of the pinkest nights of all the award show ceremonies. However, even more shocking looks made their way to theVanity Fair After Party. Zoe Kravitz’s Oscars After Party outfit earns the award for most unapologetic bombshell because it’s scad of, well, a lot.

Kravitz is a carbon combination of two already super cool parents, Lisa Bonet and Lenny Kravitz. Kravitz, the actor, has two parents who have histories of also debuting bold looks, so wearing an unconventional outfit to a red carpet is nothing new to her. Rather than wearing an elaborate gown to Vanity Fair’s Oscars After Party, the actor stepped out dressed in only a gold bikini top, a black maxi skirt, her tattoos, and not much else.

Kravitz wore her hair in a natural updo, keeping the look fairly simple and wearing minimal jewelry. As for the actor’s makeup, she chose to sport her usual soft glam look. She wore soft red eyeshadow and a red lip, keeping her face fairly natural-looking.

There aren’t too many celebrities who would be daring enough to wear a bikini top on the red carpet. On the other hand, Zoe Kravitz is definitely one star who does whatever she pleases. 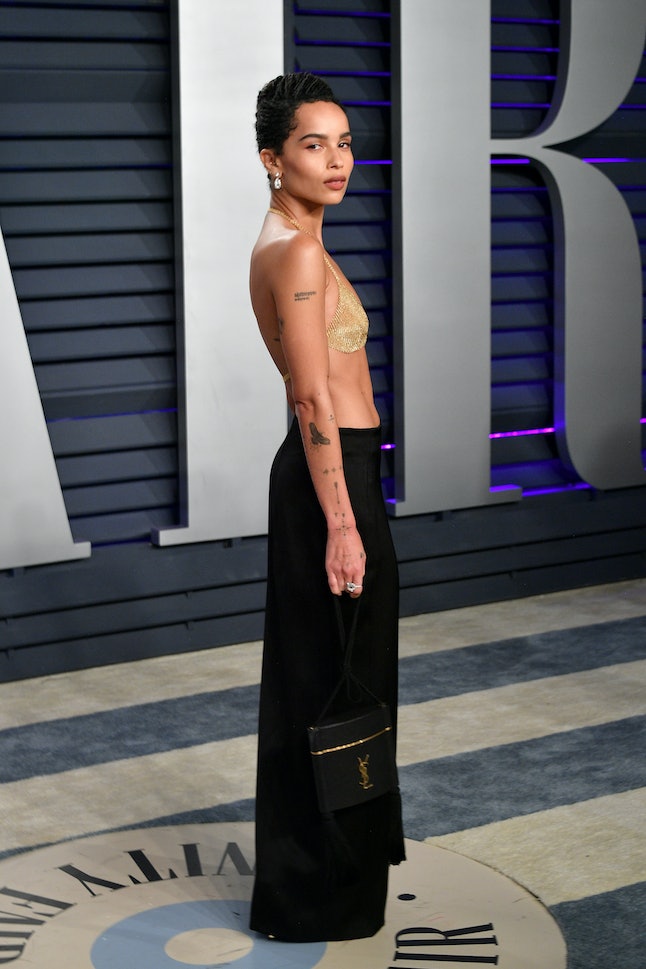 Despite Kravitz wearing something as simple as a bikini top to the Oscars After Party, the look is far from basic. The top isn’t made of the same material one usually wears to sunbathe in the sand. It’s a sheer fabric that looks like metal. In other words, it’s not a bikini top you would wear to go diving.

In addition to the glam on the top, Kravitz donned plenty of jewels on her hands. She sported a chunky set of diamond bracelets with two matching rings stacked on her pointer finger. However, among all the bling on her hand, the most stunning jewel on her person was the actor’s engagement ring. 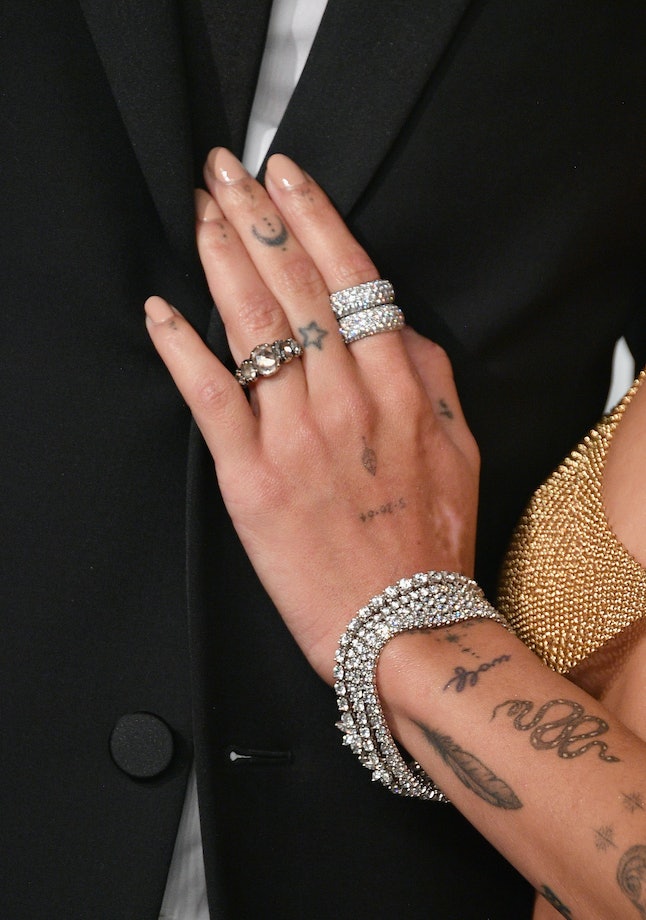 Kravitz attended the party with her soon-to-be spouse and fellow actor Karl Glusman. Kravitz posed with Glusman at the party showing the 18 Century ring off to the cameras.

In an interview with W Magazine, Kravitz explained that she’d first seen her engagement ring on Instagram and had told her friend how she loved it.

"It was actually a ring I’d been kind of fawning over from afar, and a friend of mine of whispered that into Karl’s ear," Kravitz said. "It’s from this antique dealer called The One I Love; I follow her on Instagram and would always look at her rings."

From there, she described how the jewel went from her Instagram saves to her ring finger.

"There was one from the 18 century that I saved because I thought it was so beautiful, and I had no idea that my friend had told him about," she said. "So he he went the extra mile to get me something that I’d really love." 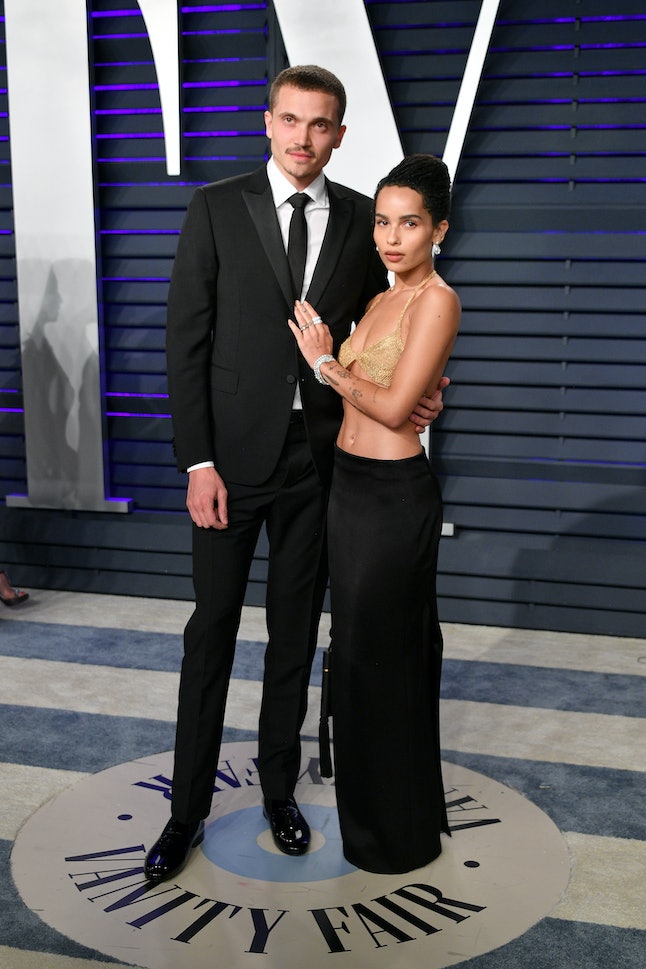 Whether Kravitz wears a special cut diamond ring from Instagram or a gold bikini top to the Oscars After Party, she makes unconventional look so fashionable.

Sofia Vergara chows down on cake and more star snaps

Puzzle challenges players to spot the needle hidden in a haystack