Home » Lifestyle » 13 Reasons Why: Here's Exactly Where Season 2 Picks Up

Netflix drama 13 Reasons Why is back with a second season, which many people thought wouldn’t (and perhaps shouldn’t) happen, given that the first season story is fairly self-contained. But the season one finale sets up several new storylines for season two, which jumps forward in time past the events of the season one finale. Read on to find out exactly when season two takes place, but be warned of light spoilers.

It was revealed back in Summer 2017 that there is a time jump of several months between the season one finale and season two premiere. We now know the exact time period is five months — and the trial between Hannah’s parents and the Liberty school district is starting.

Hannah’s mom, Olivia, wants to go after Bryce because he raped Hannah and the school knew about it, but unfortunately, unless someone can corroborate that claim, it’s Bryce’s word against Hannah’s. So Olivia’s lawyer has advised her that going after the school district is the better strategy than trying to go after Bryce directly. 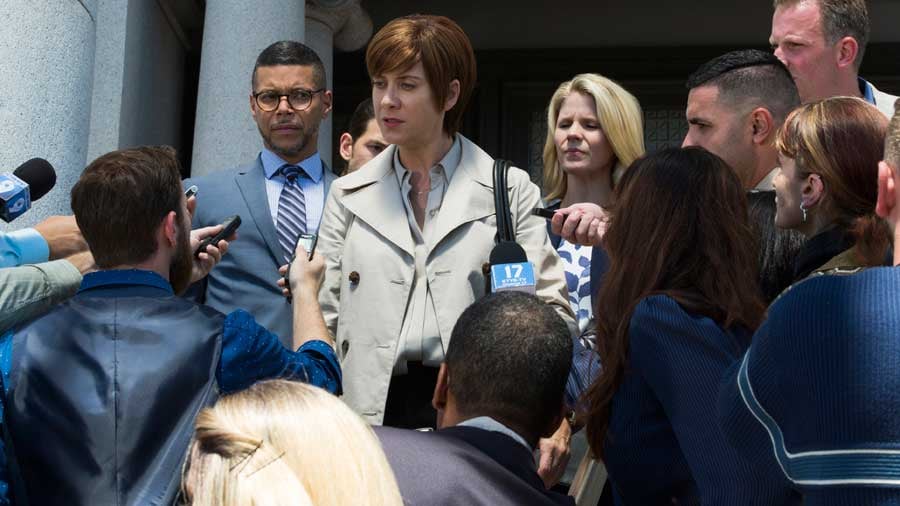 The keys to the case are a set of Polaroids featuring various female Liberty High School students and the athletes who are at the center of a “sickening secret.” There is also the figuring out of the identity of the girl mentioned on tape nine. As viewers, we know that girl is Jessica, but most of the characters don’t know. If another one of Bryce’s victims will come forward, the case against him gets stronger.

But when the season starts, Jessica is simply trying to put her life back together and go back to school, as is her friend Alex, who is recovering from his own suicide attempt at the end of season one.

“Recovery is a central theme for us [in season two],” creator Brian Yorkey told The Hollywood Reporter. “So many of these kids had been through traumatic experiences, both due to Hannah’s death and also independent of that and just as a part of their lives, and we wanted to begin to see them start back on the road toward wellness and wholeness and see what that looks like in the sense that recovery is not a straight line, and it’s not a simple process. That’s a central theme of the season.”

As part of the press materials for the second season, Netflix and the show have created a website with information about crisis resources, including the National Suicide Prevention Lifeline and a Crisis Text Line.

Body of missing girl, 14, found tied to tree after being strangled as 15-year-old boy ‘confesses to horrific murder’