Warning: This post includes spoilers from the second season of 13 Reasons Why.

The stars of 13 Reasons Why are standing by the controversial season 2 finale. Just as the first season did, season 2 of the Netflix drama took on very real, very dark issues that high-school students are facing – including sexual assault. In the finale, Monty (Timothy Granaderos) beat up Tyler (Devin Druid) in the school bathroom before sexually assaulting him with a broomstick. The reaction on social media was mixed: Some felt it was necessary to show what happens to some kids, while others demanded the show be canceled, claiming the scene was too graphic.

Either way, it wasn’t an easy scene to shoot, Granaderos, 31, told Us Weekly exclusively on Saturday, June 2.

“It was definitely tough that day,” Granaderos said. “We’re surrounded by nurturing crew and cast and everyone involved. It’s not a comfortable thing to shoot as an actor. I know in between takes, Devin would go off and do his thing and I would go off and isolate myself. We respected our spaces as actors and creators to go off, go out there and do what we needed to do to tell the most honest story in that scene. And leaving set that day, I know I had a splitting headache just from being in that [place]. It’s not an easy place to go. It’s a dark place, on both sides.” 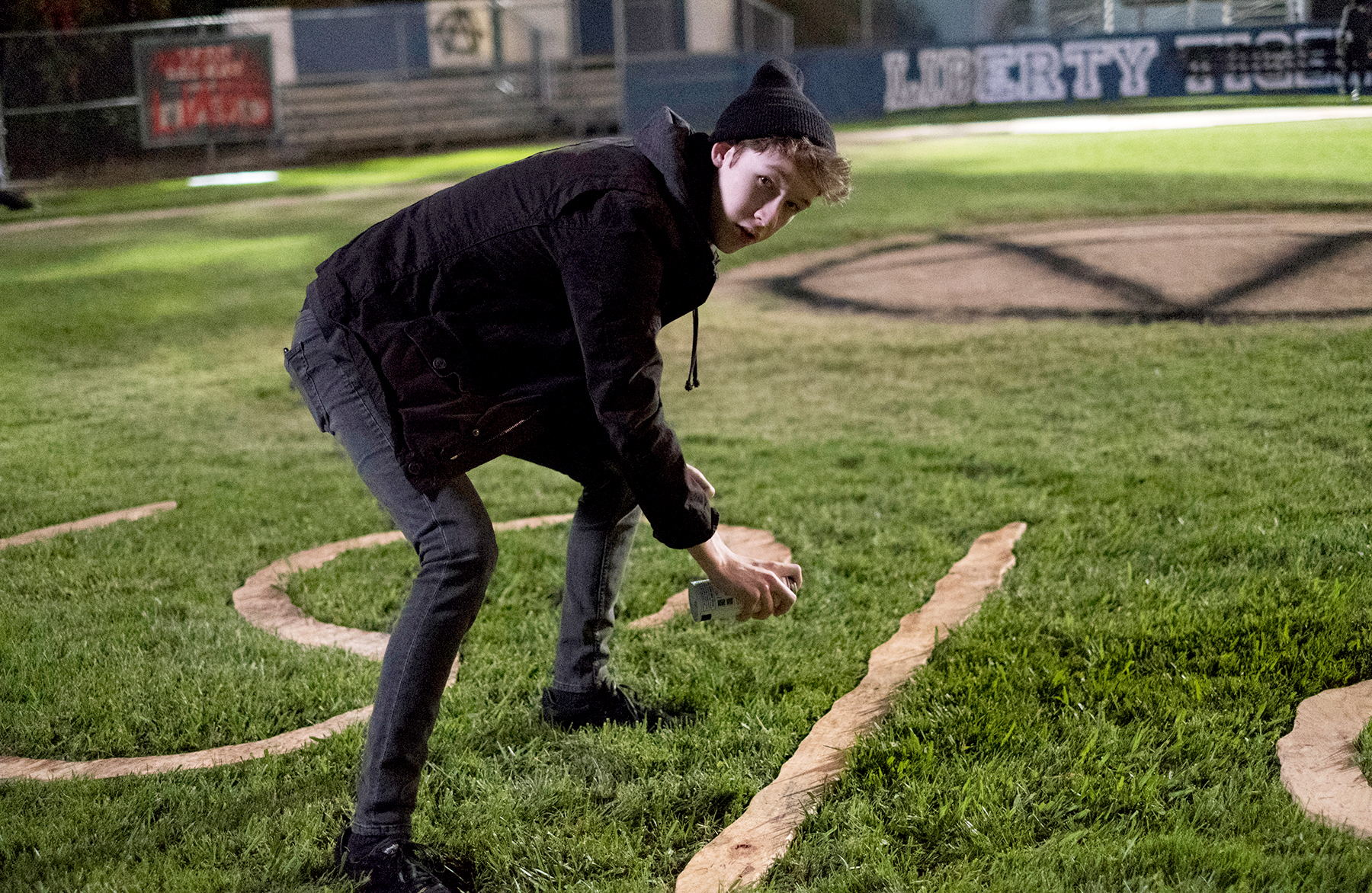 As for the backlash, Druid admitted he’d be surprised if therewasn’t a negative reaction.

“I think it would be kind of a shame if people weren’t reacting in the way that they are. The ending is really staying true to what our show has been about, which is taking these sensitive and difficult issues to talk about and bringing them to light in a mainstream and accessible show like ours, and doing that in the most honest and truthful way that we can,” the actor, 20, told Us.

“We really tackled the story of sexual assault in the first season as it is such a common issue. I think we were given an opportunity to tell a similar story and raise the awareness around male sexual assault as well, and we did it in a very truthful and honest way. You can find articles upon articles of kids younger than Tyler Down, ages raging from even 12 to 8 years old, of these things happening in schools,” he continued. “I’ve seen people online saying that this is such an exaggerated story line, and it’s not. That’s the thing: People think that these things don’t happen, but they absolutely do, and we just want to bring the awareness to that and start a conversation about it. It’s OK for it to be a difficult thing to watch. If it’s hard to watch, it should be. But, you know, we need to start somewhere. We can’t stay silent on these issues.”

He also noted that since the season hit Netflix, people have reached out to him to say that the same thing had happened to them. “It really helps make them feel understood and to reach out and tell those stories,” he said.

Creator Brian Yorkey also commented on the controversial scene during the FYSee panel on Friday, June 1. “Without being too sensational or compromising anyone’s privacy, both the season 1 and season 2 writers room had survivors in the room,” Yorkey, 48, explained. “We know that sexual assault is hugely underreported … you may not think you know male victims of sexual assault, but you do. You may not know it, but over their lifetime, one in six men will be victims of sexual assault.”

Seasons 1 and 2 are currently streaming on Netflix.

With reporting by Emily Marcus

Anthony Yarde reveals his grandmother has died from coronavirus

Ancient winged reptiles could be inspiration for new fleet of drones

When is 22 July out on Netflix? Release date, story details, cast and plot