AJ McLean has been pretty transparent regarding his past struggles with addiction, recently opening up about the first time he dared try cocaine, revealing it was shortly before he and his Backstreet Boys bandmates filmed a music video.

“I never really had a desire for the drugs, but being an addict — to me, that word encompasses everything,” McLean told People. “I was introduced to cocaine literally the night that we shot the video for ‘The Call.’ It was the first time I ever tried it because it was a late-night shoot. I was with a ‘friend’ at the time — who’s clearly not a friend anymore — and they offered it to me. I said, ‘No.’ Then I caved and I did it.”

“The Call” was the second single released from the group’s fourth studio album, “Black and Blue.”

The 42-year-old singer continued, “When I showed up on set and I got in the makeup chair, I told everybody. I was like, ‘I’m freaking out. I’m on this. I’m on that.’ They were like, ‘You need to stop. Don’t tell the world that you’re on drugs right now.’ Somehow someway, I kept it a secret from everyone for the next at least 18 months before the boys caught on, before my family caught on, before my real friends caught on. I found a way to really keep it under the rug.”

McLean went on to detail his worsening habits, including excessive drinking, adding, “I thought drugs and alcohol would make those feelings of insecurity go away, but it doesn’t work that way.”

Eventually, his group mates confronted him when things got out of control.

“The most crucial part of that conversation was the final thing Kevin [Richardson] said to me: If I continued using, he said, ‘I will never trust you again. You’re dead to me.’” 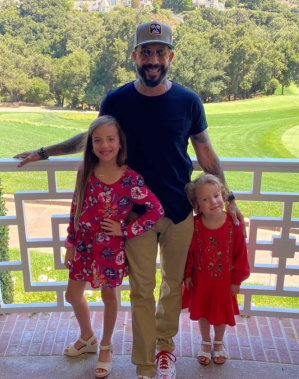 Soon after, he sought treatment, but would continue to battle addiction for almost 20 years. In December 2019, however, a comment from his daughter set him straight after he returned home from a Vegas trip reeking of alcohol.

“But what really hit me was the moment, my youngest daughter Lyric said to me that night, ‘You don’t smell like my daddy.’ And when she said that to me, that was it. Enough said. I felt disgusting.”

The “Dancing with the Stars” contestant now attends daily 12-step meetings online and checks in with his sponsor six times a day.

“As hard as it is to say, I have zero regrets and am beyond lucky to still be here,” he added.” I can genuinely say I love myself today.”

Bachelor Couples That Are Still Together in 2021

Hailey Bieber Opens Up About Getting Married So Young