When ‘Chicago’ reopened its doors on Broadway, a new Roxie Hart came to life, courtesy of Ana Villafañe. The actress spoke to HL about returning to the stage in the iconic role.

Gwen Verdon, Ann Reinking, Reneé Zellweger, Brooke Shields, Christie Brinkley, and now, Ana Villafañe. There have been many portrayals of Roxie Hart in Chicago, both on film and on stage, throughout the years. Now, after an 18 month shutdown, the longest Broadway has ever endured, the 1975 hit musical Chicago is back, with a new Roxie who is demanding all of our attention, and rightly so. Ana Villafañe, best known for her role as Gloria Estefan in the 2015 Broadway musical On Your Feet!, now fills the Burju dance shoes and iconic blonde wig, delivering the razzle dazzle in the Ambassador Theater night after night.

“I got this phone call, to reopen Broadway in an iconic musical in this legendary role, and I was like, ‘Well, that’s a no brainer!’” Ana told HollywoodLife.com in an EXCLUSIVE interview. “They gave me the option between Velma and Roxie, and it took me a second, but I called three people — my sister, my director from On Your Feet! Jerry Mitchell, and Lin-Manuel Miranda, and I was like, ‘What do I do? ‘ And they all unanimously chose Roxie, and my gut said Roxie, but I didn’t understand why other than this fascination I had with the trajectory and the journey she goes on emotionally.” 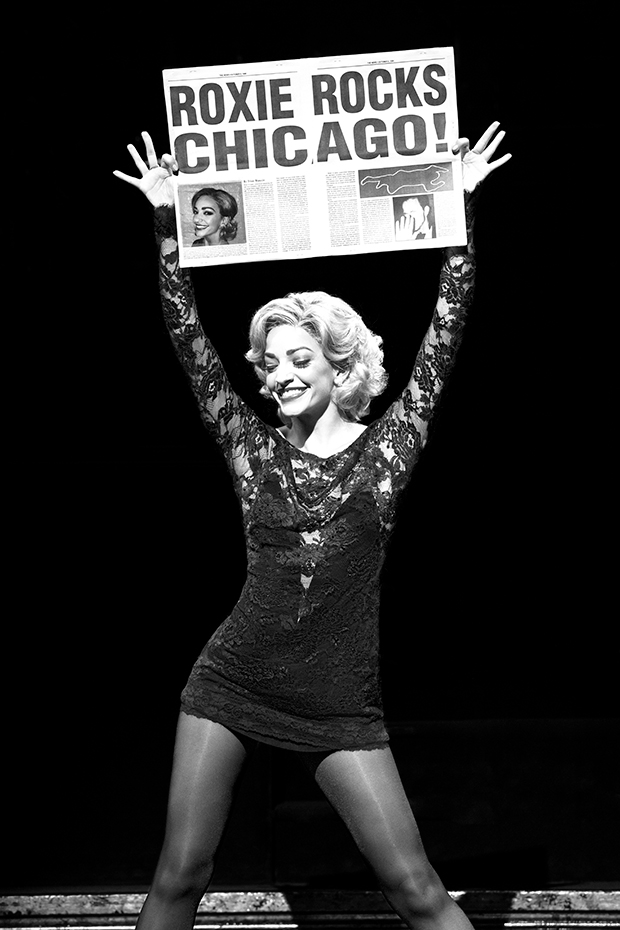 In the show, Roxie Hart appears as an innocent, naive young woman in a sexless marriage… until she shoots the man she’s having an affair with as he tries to break things off. Unable to convince her husband, Amos, to take the fall for her, Roxie is sentenced to prison, where she finds connections to help turn her into a media sensation. The blonde seductress uses her five minutes of fame to try to make her lifelong dream as a vaudeville star come true, while the woman whose story she replaced, Velma Kelly, tries to find ways to get her name back in the papers.

“Roxie’s story really reminds me of influencer culture and instant fame, and the access to branding yourself, which we all now understand. As quickly as you rise is as as quickly as you can fall,” Ana explained. “This story is really, really, highly relevant today. Media has become so sensationalized and you can really manipulate anyone into thinking anything, so it was really interesting for me, as an actor, to hold a mirror up to society and be like, ‘Look at what we are. Look at what we have always been,’ and that’s the universal truth.” 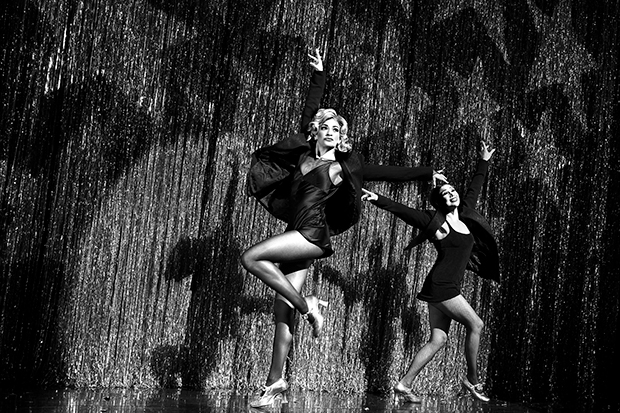 In addition to relating Roxie’s story to modern day society, Ana wanted to be sure she honored the late Ann Reinking, who played Roxie while also choreographing the 1996 revival of Chicago. “I was very excited because Greg Butler was flown out from LA to teach the four new cast members the entire show, and we had the challenge of learning it within three weeks… a few days in, I asked Greg, privately, ‘Teach me Annie’s show,’” she recalled. “I know I am not half the dancer she was, but I would like to honor her in my Roxie — to at least be doing her show. And they did. And so I’m very, very grateful for that.”

Ana continues to shine as Roxie Hart in Chicago on Broadway — get your tickets now!

Kerry Katona daughter: How many children does Kerry have?