Home » Lifestyle » Are we destined for multiple loves? Millennials think we are

“Is it possible we could develop an alternative model of loving each other?” This is the question posed by the character Bobbi in Sally Rooney’s debut novel Conversations with Friends, and is a core tenet of the story. Spoken by a 21-year-old, are these words merely youthful idealism? 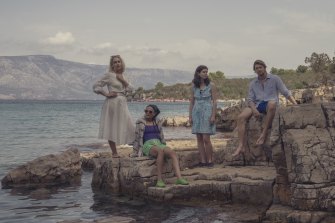 Conversations with Friends follows university students Bobbi and Frances, whose lives become entangled with those of a wealthy couple in their 30s, Melissa and Nick. Similar to Rooney’s Normal People, it’s set in Dublin but rather than an intense love story, Conversations with Friends depicts monogamy (and the prospect of marriage) as rather bleak. Melissa and Nick sleep in separate beds and have both had affairs. The affair Nick has with Frances, the core plot line, seems to reinvigorate their marriage and they return to monogamous life. The farce is that the success of their “monogamous” relationship hinges precisely on the relationships that exist outside of it.

Now, the novel has been adapted for television as a limited series on Amazon Prime, starring Alison Oliver, Sasha Lane, Jemima Kirke, and Joe Alwyn.

In an interview with The Telegraph London, Kirke spoke of the cognitive shift the role required her to make. “It’s remarkable that someone of that age [Rooney] has so much discipline and focus, but as I was finally reading the book, I was thinking, ‘This is marriage written from the perspective of a 22-year-old.’ I don’t think that’s good or bad. Her writing is beautiful but there were moments when I struggled to make something work.”

Kirke, 38, is no stranger to married life and its potential to fail after splitting with her husband of eight years in 2017. And while she’s not opposed to marriage, she does take a more carefree approach to it. “The perspective of marriage as something super-permanent and spiritual is really antiquated.”

Jennifer Pinkerton spoke to more than 100 Australians aged under 40 for her book Heartland: What is the future of modern love? She says that the decline in people getting married is not a phenomenon that’s just relegated to Millennials and Gen Z. “Globally, marriage has been a downward travelling trend for 50 years now. When we speak about fewer people getting married, it’s not just the younger generations.” (The only exception to this, she notes, is gay marriage). 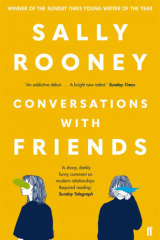 Certainly, however, this downward trend has accelerated in the past decade. In 2020, 78,989 marriages were registered in Australia, a 30.6 per cent decrease from 2019, and the largest annual drop ever reported by the ABS since 1961. Obviously COVID-19 has played a role but there are other key trends too. Pinkerton suggests that a high divorce rate means young people, seeing their parents getting divorced, have grown disillusioned with marriage. Global instability is another big one. “Climate change and war mean that the future is less certain,” says Georgia Grace, a Sydney-based sex and relationship therapist. She adds that the sex positive movement means that acceptance for different relationship models is changing.

Nina Lee, 32, is part of this declining group. A Sydney-based hairdresser and owner of Extra Silky, she married her long-term partner Aedan Lee during lockdown last year. While the couple isn’t religious and didn’t face familial pressure, marrying was just something they both knew would happen. “It felt like a natural progression”, she says, adding that it was about “solidifying our love.”

Alice, 22 (who is using a pseudonym for privacy reasons) lives in Sydney, and has been in a monogamous relationship for three-and-a-half years. Both are bisexual, and her partner identifies as non-binary. “Love is a choice to be together”, she says. “I can’t imagine anything less romantic than having a legal document officiate my relationship.”

For Millennials, there can be certain dealbreakers in finding love. Harriet, 34 (Sydney), has never wanted children. “Even when I was a little girl, I never played house with dolls – if anything I would play ‘dog mummy and daddy’.” Harriet’s last serious relationship ended after seven years. In her early 20s, the question of kids wasn’t such a concern. Now, it can make dating a little more complicated. “I make sure to talk kids and politics on the first or second date.”

Are rigid constraints of marriage a thing of the past? “Younger generations are now more likely to crave fulfillment, connection and flexibility rather than permanence in relationships,” says Pinkerton.

Polyamory, then, is a natural result of this shift in values. Georgia Grace says that she is increasingly working with people interested in exploring this. While popular perception of polyamory is that it’s just about promiscuity, there’s no singular model for what it can look like. “I work with couples to create a relationship structure that works for them,” she says. “Non-violent communication, consent and having a network of supportive, sex positive friends and family are at its core.”

In Melbourne, Emil, 29, is a counsellor for people with HIV and a sex worker. They document encounters with clients and lovers on Instagram, posting polaroids of men alongside captions about the intimacy of the meeting.

The overwhelming majority of clients are straight men. Their reasons for visiting are myriad – for many, it’s a means to be a version of themselves outside of monogamous, heterosexual love, for others it’s a way of indulging a fetish or sheer curiosity. One quote accompanies an Instagram story picturing a man’s chest: “I hope you understand how hard this is for me. I always have my religion at the back of my head.”

Emil wants to change the way society views hook-up culture. “Most people see such encounters as disposable or transactional, but they can be deeply intimate and emotional too,” they say. “We have these very crystallised ideas of polyamory but really it just means you can love more than one person.”

Conversations with Friends launches on Amazon Prime on May 16.

What will schools do if children get coronavirus?