SARAH VINE: One of these two models makes me cheer. The other is leading girls to an early grave

This week the catwalks of Milan witnessed a real treat: supermodel Ashley Graham on the Dolce e Gabbana runway — a voluptuous vision of womanhood in leopard- print chiffon.

In fashion terms, Graham, 30, is a plus-sized model. In reality she’s representative of ordinary women in a way that most models simply aren’t.

Not thin, but nor is she exactly fat. She’s a normal size, perhaps with a little more wobble than average, but beautiful with it.

For women like me — and countless others who will never fit the skinny stereotype — she is an inspiration. 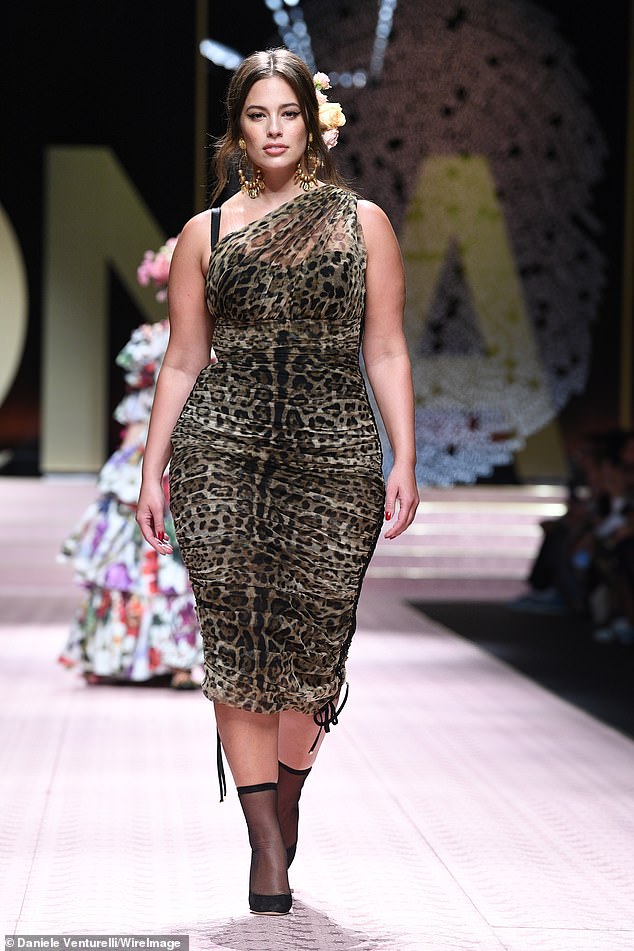 Tess Holliday, by contrast — the 33-year-old, 5ft 5in, 20 st American model who graces this month’s cover of Cosmopolitan — is an altogether different prospect.

She is a woman whose weight, whichever way you choose to qualify it, is dangerously abnormal.

Yet she is lionised by the voices of political correctness and held up as a paragon of ‘plus-sized beauty’. She is seen as ‘celebrating’ body diversity —when in reality what she represents is just as extreme and just as unhealthy as all those size-zero waifs.

The sad truth is the only thing Holliday celebrates is the risk of Type 2 diabetes, a hip replacement at 40 and a higher risk of life-threatening diseases such as cancer.

This week Cancer Research UK released figures showing obesity will overtake smoking as the leading preventable cause of cancer in women within 25 years.

Holliday promotes and justifies a body type just as extreme as the thinnest of rail-thin waifs — and just as unhealthy. Yet anyone who dares question her extreme size is condemned as a bigot and a fat-shamer.

Holliday’s body is hers, she and her supporters argue, and she can do what she likes with it. If that means stuffing her face to morbid obesity, it’s nobody’s business but her own. Except that’s not true. 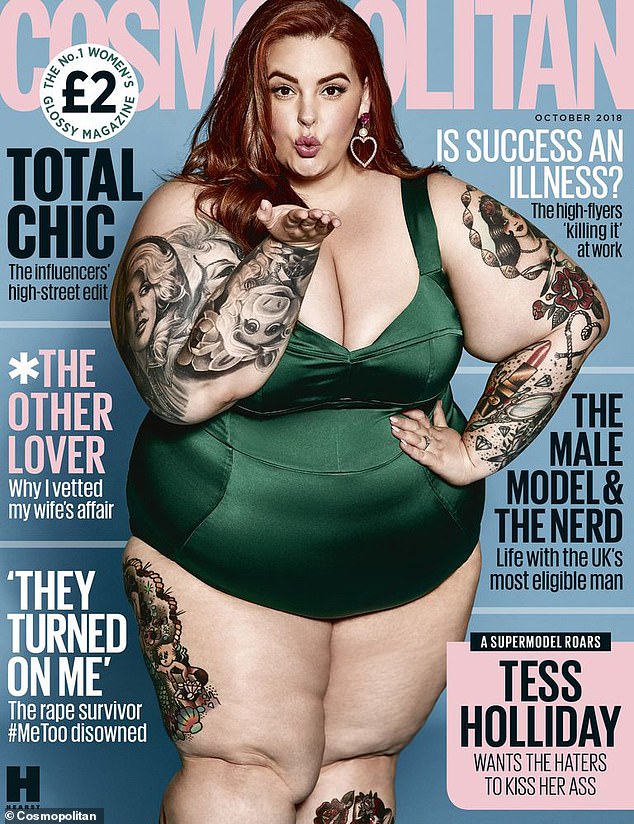 It is everyone’s business.

When you are an influencer, when you’re on the cover of Cosmopolitan magazine in a bathing suit, when you post pictures of yourself in your underwear to 1.7 million Instagram followers, it matters.

When you encourage young women to celebrate a body shape that will most likely lead them to an early grave, it matters a lot. Holliday claims the message she sends is one of positivity. But it’s really not.

If the notion that being severely overweight is perfectly fine, the obesity crisis threatening the health of the nation will become almost impossible to tackle.

Holliday isn’t removing the stigma around obesity, she’s part of a new cult of glamorising it — the fat boasters — and it’s not healthy.

Not for her, or the impressionable young minds who look at her and see an excuse to justify their unhealthy relationship with food. Yes, we come in all different sizes. Yes, it’s encouraging to see more realistic body shapes in fashion. But taking it to this extreme is not about empowerment. It’s about denial.

As someone whose weight crept up gradually over the years and who, at 50, found themselves suffering a raft of fat-induced medical conditions, I understand that denial. I also know how defiance can feel like the best response to anyone trying to point out the reality.

But the truth is, being seriously overweight is just as harmful as anorexia — and no one in their right mind would condone that.

Following Boris Johnson’s recent ‘suicide vest’ gaffe, was it really in the best of taste for Richard Madden, star of Bodyguard, to post a picture of himself enjoying a pint still wearing his suicide vest from the final episode? Bad taste is bad taste — regardless of whether you are a politician or a luvvie. 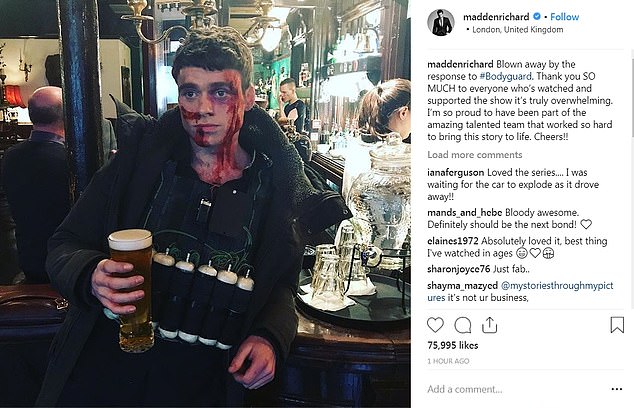 This slick thriller is not all about Eve

The real star of the BBC’s Killing Eve is not the brilliantly psychotic Villanelle, played by Jodie Comer, or even her chaotic counterpart, Eve, played by Sandra Oh; but the woman behind it all, actress and writer Phoebe Waller-Bridge.

The honesty and dark humour with which she explores the complexity of the female mind — something she did so well in her own series, Fleabag — is what makes this outlandish crime caper so relatable.

As a fellow hair-loss sufferer, my heart goes out to David Beckham. But surely as a multi-millionaire with impeccable taste he can do better than what looks like Astroturf coated in boot polish.

Teaching assistant Sion Rickard told the Labour conference there would be no Tories if ‘we brought up our kids properly’. He reminds me of the young woman who once screamed at me, in front of my children, that ‘people like you shouldn’t be allowed to have kids’. She, too, was a teacher. At the time the encounter left me shaking; but looking back, it was a valuable lesson. It showed my children the true face of prejudice: ignorant, hate-fuelled bigotry in the guise of virtue-signalling political correctness.

Is it really the case — as Lady Brenda Hale, President of the Supreme Court, has now argued — that women judges improve the quality of justice?

Ordinarily I bridle at the idea that the answer to everything in life is ‘more women’.

However, during the time when my husband was Justice Secretary, I got a glimpse into the cloistered world of the law. And I was struck by the degree to which it remains overwhelmingly male in a very old-fashioned way.

Complex decisions on guilt and innocence are decided on the basis of dry, cold logic, or debated in rapier battles of words between bumptious men.

The women barristers and judges I met were every bit as intelligent as the men — in some cases sharper. But they also had a human insight the men often lacked — a higher level of emotional intelligence that at times proved invaluable, particularly in cases involving family law.

There are times when a woman’s life experience does, perhaps, allow for better decision-making.

Could Gwyneth Paltrow be human after all?

I only ask, because the Queen of Clean Living has just revealed that, when in London, she likes to eat curry every night, is a seven-day-a-week drinker, and relaxes in the bath with a glass of Japanese whisky. At last some lifestyle advice we can all aspire to.

Jersey Shore Bridezilla: Is Angelina Going To Ruin Her Own Wedding?