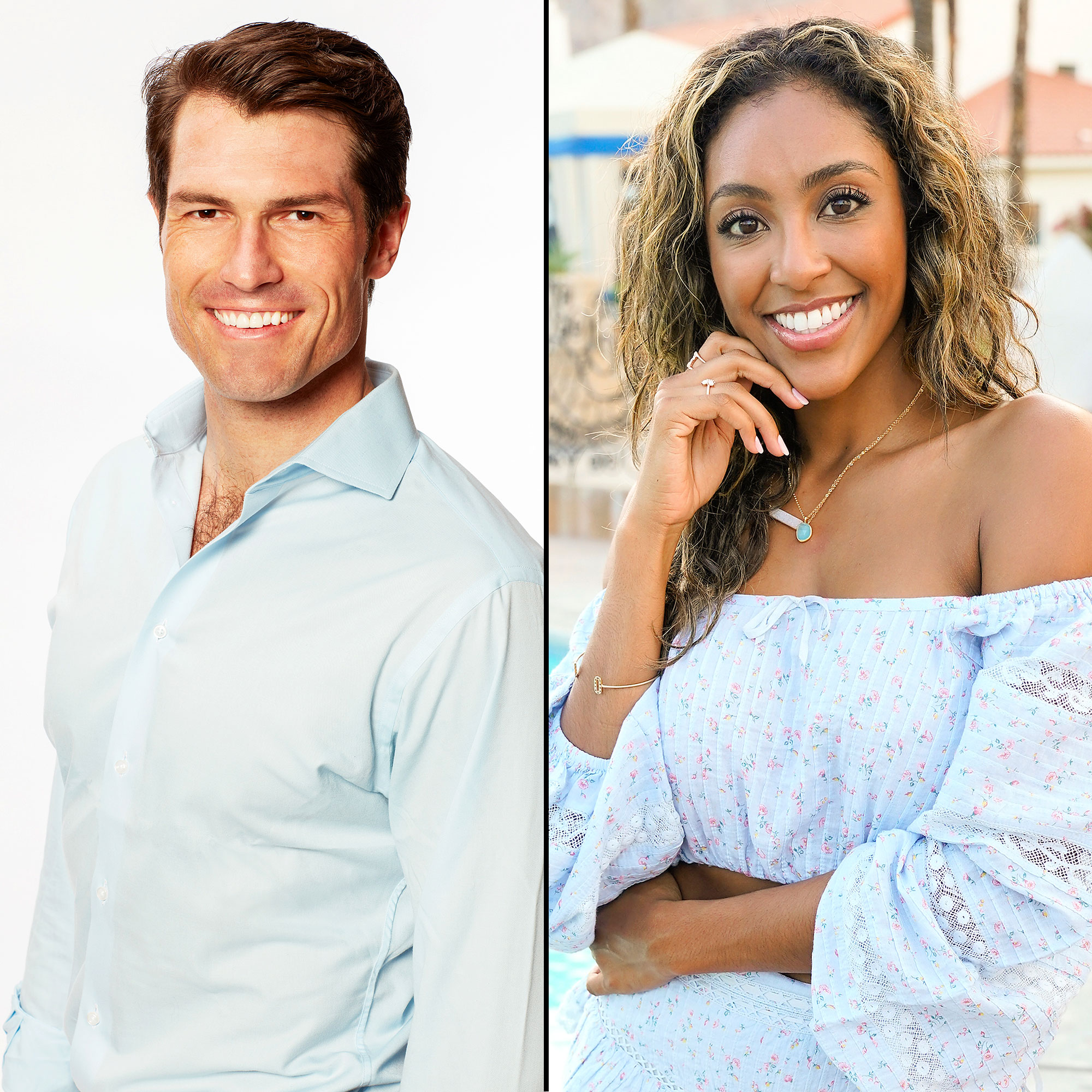 Feeling burned by the Bachelorette! Bennett Jordan didn’t hesitate to reach out to Tayshia Adams after she picked Noah Erb over him during season 16 of The Bachelorette — but did he ever get the answers he craved?

“The first time I got my phone, I DM’d Tayshia because I was beat up. I was hurt, I was confused. I was like, ‘This is bulls—t.’ I know she didn’t have her phone but she would get it eventually. And I was like, ‘This is bulls—t, I got sent home over a 25-year-old causing nonsense,’” the 38-year-old Harvard grad recently told Us Weekly while celebrating Peter Weber’s The Adventures of Pilot Pete, ahead of the picture book’s November 23 release. “I was hurt. I did not like it. I did not believe it. I did not buy into it, and it hurt. I got no response — till this day it has not been seen! Maybe someone else runs her account, I don’t know, but I have not gotten anything from Tayshia. Not a damn thing!”

Bennett does, however, talk to the 31-year-old host’s fiancé, Zac Clark.

Not for Everyone! Bachelor Nation Stars Who Found Love After the Show

“Zac’s my boy. I love Zac,” he told Us, noting that it would be “weird” if he told the 37-year-old addiction specialist to tell Tayshia to open his DM. “After I left, I saw the most heartfelt, beautiful proposal. Zac’s proposal, like, I almost cried. I was literally like, ‘Oh, my God.’ It was unbelievable and since then, Zac and I have been in touch. We ran into each other. We’ve been in touch on social media, we’ve been in touch over text.” 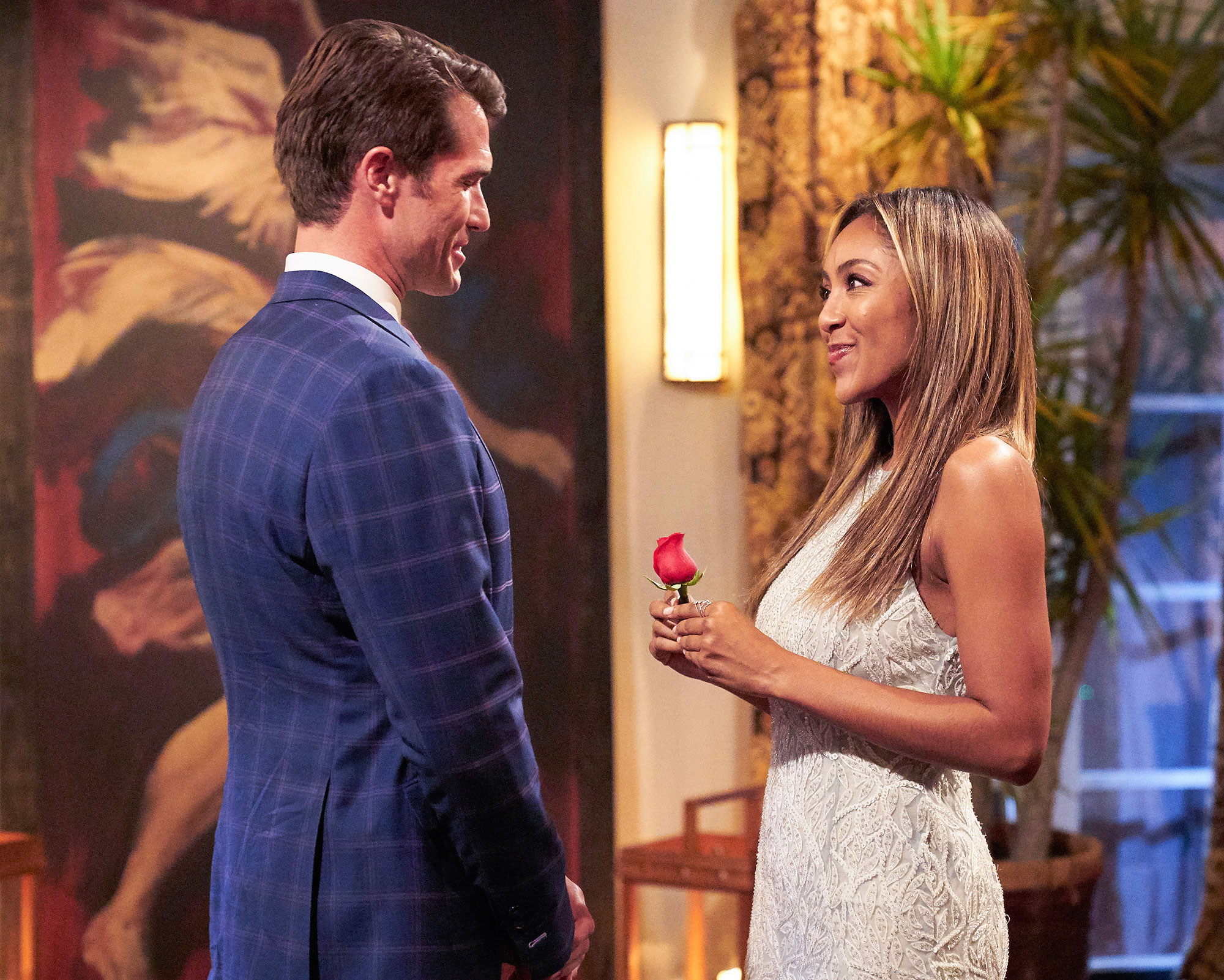 While he hasn’t “seen Tayshia” since the 2020 season, Bennett is “all for” her relationship with Zac. He wasn’t surprised, however, when original season 16 lead Clare Crawley’s whirlwind relationship with Dale Moss ended for good earlier this year.

“I think that the entire rush on the proposal and everything was, you know, that’s a function of a lot of elements going on and I’ll just leave it at that,” Bennett said, adding that they “had a great thing” but the “pressure” may have gotten to them. “I think they’re both beautiful people. I love Dale. … When I was on the show, I met Dale and I was like, ‘This guy is a stud and I f—king love you.’ It’s not just his beautiful skin and the way he has those green eyes that look like Kaa from the Jungle Book. He is a really heartfelt good guy.”

He added that their September breakup was likely a “conflict of interest.”

Bennett, for his part, moved on with Emily Chen, introducing the yoga instructor to his followers in September.

Clare Crawley and Dale Moss’ Relationship Drama: Everything We Know

“I’m dying to get married. I’m dying to have kids. I can’t wait and we do have a nine-year age gap, so I want kids, like, tomorrow,” he told Us. “I cannot wait. I don’t want a puppy, I want kids. I’m 37. I feel like Emily is so emotionally sound, so thoughtful, such a caretaker, such a lover and she’ll be an incredible mother so that’s the next step for me.”

Steph Curry’s Sexy Photo with Wife Ayesha Goes Viral & She Has Some Thoughts About It!

Bachelor Couples That Are Still Together in 2021