Home » Lifestyle » Bella Thorne: Female directors have made me ‘uncomfortable’ in nude scenes

Bella Thorne slammed for saying she was ‘first’ on OnlyFans

The 23-year-old actress exclusively told Page Six this week that despite directing her own adult film, she is hesitant to star in one because she’s been made to feel “uncomfortable” taking her clothes off on sets for other movie roles.

“I want to be stronger, right, and when I’m on set doing these scenes, I’m very, very uncomfortable,” she said. “I’m always working through my uncomfortableness because I want to do it, especially if it’s important for the character.”

However, Thorne said there are still “some people” that “just want to get girls naked on camera.” 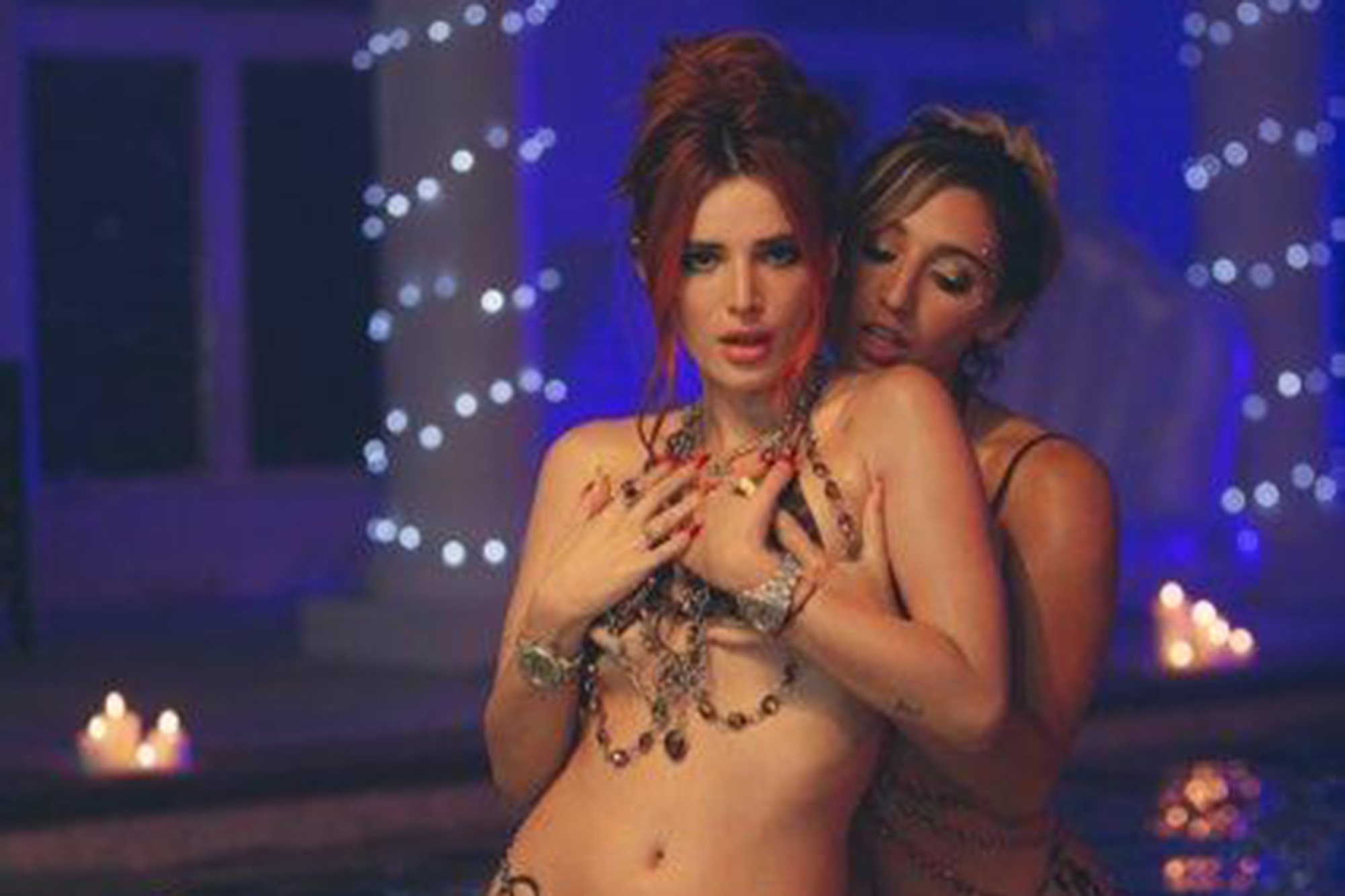 “You’ve got to watch out for those movies,” she said, “but when it’s needed for the character … yeah, it makes me feel uncomfortable.”

When asked whether she feels less apprehensive working with a female director versus a male director, Thorne explained that gender doesn’t always make a difference.

Thorne did not name which directors have made her feel this way, but explained that a director’s delivery and tone can be what creates that “uncomfortable” environment. 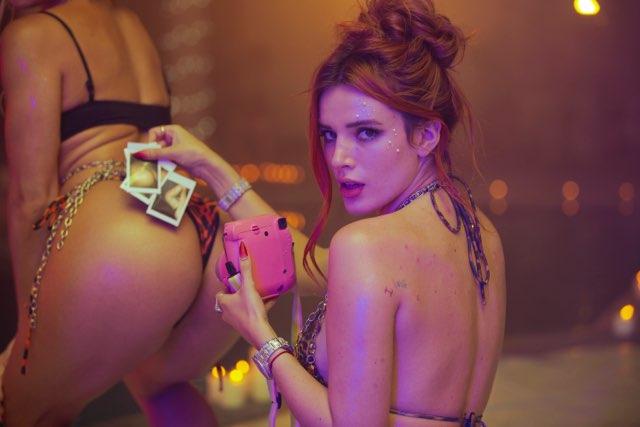 Thorne said while she and her fellow actresses may not outright blast a director, they do try to give each other a heads up “on the low-key” if that actress may also be required to film a sex scene.

“They don’t know what they’re saying is making you feel a certain way. It’s not that you’re always working with a really crude person that just wants to make you feel bad on set. It’s a very small percent of the time,” she said.

The former Disney star added, “It’s more that people make mistakes and set’s running fast, people are talking and you’re not paying attention to the weight of your words so much. Things get misconstrued.”

In her latest music video for the single “Shake It,” which will be released in full on Feb. 26, Thorne directed adult film star Abella Danger in steamy make-out scenes.

Thorne said it’s easier for her to toe the line when it’s her own project because “when you write the material, when it’s not expected of you, it’s a little bit of a different thing. That’s like a mental thing.”

In August, Thorne launched an OnlyFans account, being the first creator to earn $1 million on the platform — known for X-rated content — in less than 24 hours. However, she was criticized by fans and fellow creators for underdelivering on the nude content.

Looking ahead of how the industry handles nude scenes, Thorne said she hopes those directors from her past will “learn” and that if actors stand up to them and speak out that “hopefully that does push them in the right way to say, ‘Oh wait, what happened that makes you uncomfortable? How do I change this for the next time so that I don’t do this with someone else?’”

“I think, for the most part, people don’t want people to be in uncomfortable situations,” the starlet concluded. “Everyone just wants to make a great f—king movie and then s—t just happens.”

Who is Michael Stirling? Samantha Eastwood's brother-in-law who pleaded guilty to her murder

Will Smith and Jaden Smith Said Willow Smith Is the Biggest Star in Their Family: 'She Just Knows Who She Is'

I spent £2.5k & 4 years making boring beige rental home a rainbow paradise – but I'll have to paint it white when I move