And you thought YOUR dad’s jokes were bad! Children share cringe-worthy texts they’ve received from their fathers (and they’ll leave you with your head in your hands)

Children have left the internet in hysterics with the groan-inducing texts they have received from their fathers.

From technophobic questions to clueless run-ins with celebrities, the messages are sure to strike a chord with families everywhere.

The gallery, compiled by Worldwideinterweb, reveal just how clueless fathers can be.

Many of the messages reveal dad humour at its best – relying on bad jokes and an immature pun that will leave anyone reading them with their face in their hands. 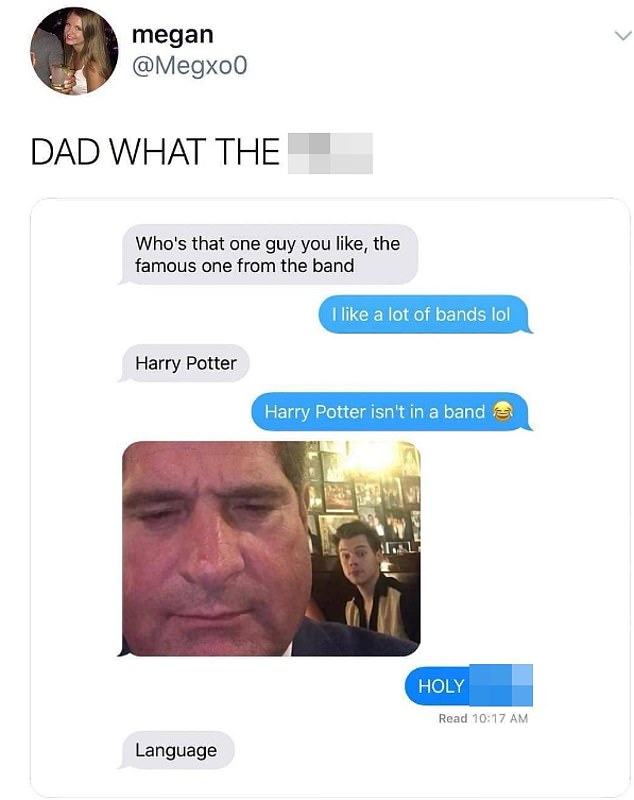 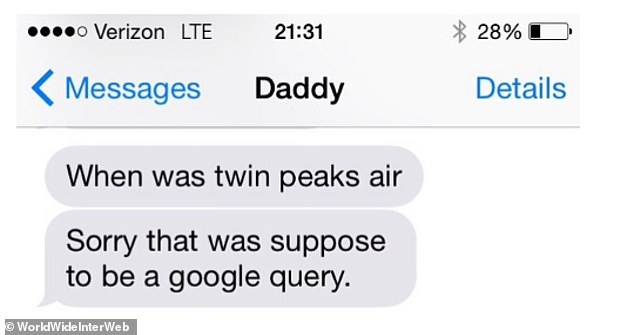 In this case the father was useless at technology, and sent his question to his child instead of Google 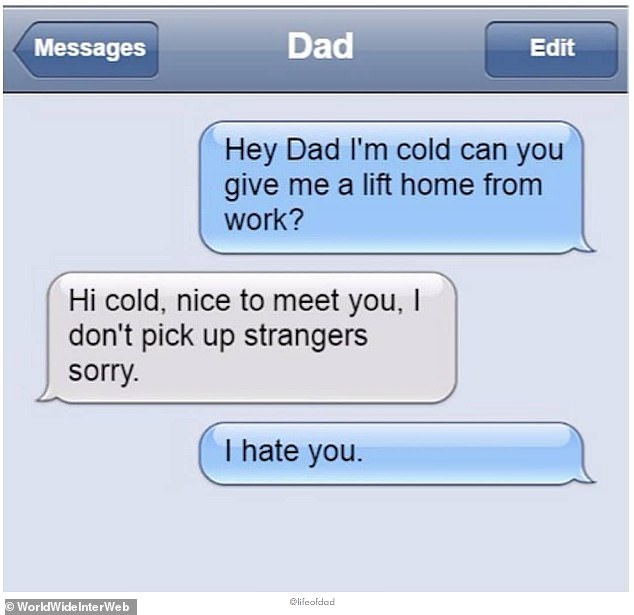 Another was unimpressed by their dad’s attempt at humour, admitting ‘I hate you’ in response to their father’s text

Labour activists ‘could QUIT the party over Corbyn’s Brexit stance’