The Biden administration on Saturday moved to expand the government’s capacity to house migrant children as it scrambles to respond to a sharp increase in border crossings of unaccompanied minors, according to an internal memo obtained by CBS News.

State-licensed U.S. shelters and foster homes for migrant children were directed to “review their ability to open up additional beds” by the Office of Refugee Resettlement (ORR), the Department of Health and Human Services (HHS) branch responsible for housing unaccompanied minors.

According to the refugee office’s memo, the primary objective of reactivating bed space is to prevent unaccompanied children from staying for prolonged periods of time in Customs and Border Protection (CBP) holding facilities, most of which were built to detain adult migrants for short periods of time.

“With increasing numbers of children being referred to ORR for care, ORR must take steps to increase the number of available shelter beds in order to minimize the risk that children remain in CBP custody,” the memo said.

Apprehensions of unaccompanied migrant children along the southern border, which have been rising steadily since last year, spiked this month, straining the U.S. government’s limited capacity to house these minors during the coronavirus pandemic.

About 97% of the roughly 8,000 beds the refugee office has available for unaccompanied children are currently full, with the agency housing 7,777 minors as of Friday, an HHS official told CBS News.

This month is on track to be the busiest February in the history of the refugee agency’s program for unaccompanied youth, said the HHS official, who requested anonymity to speak freely.

U.S. officials along the southwest border took roughly 2,000 migrant children into custody this week, according to government data reviewed by CBS News. Nearly 400 children were taken into custody on Friday alone. In January, the last month with available statistics, the U.S. refugee agency received more than 4,000 unaccompanied children from immigration officials, a 19% increase from December. 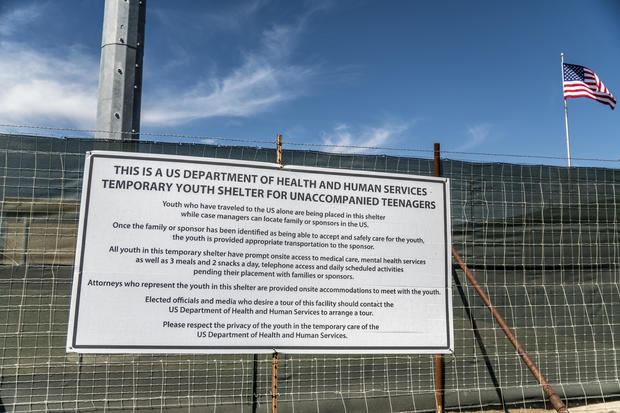 While ORR has more than 13,000 beds for migrant children, its current capacity stands just below 8,000 beds because of social distancing and other measures taken to curb the spread of the coronavirus.

“During the pandemic, care providers have taken beds offline in order to maintain social distancing standards at all times. However, there is currently a critical need to bring many of these beds back online,” Saturday’s memo said.

The HHS official claimed the new instructions will not lead to “overcrowded conditions whatsoever.” The official also maintained that COVID-19 mitigation protocols will continue to be rigorously enforced, saying all newly arrived children will continue to undergo a two-week quarantine period, as well as testing.

Through its memo, ORR also instructed shelters to implement “enhanced” measures to contain the spread of COVID-19 amid the expected reduction in social distancing stemming from the activation of new beds. The measures include expanded rapid coronavirus testing, having shelter staff double mask, improving ventilation inside housing facilities and encouraging personnel that work with migrant children to get vaccinated.

“Although they are eligible in certain states, many are unable to obtain an appointment,” the shelter official, who requested anonymity to discuss sensitive matters, told CBS News. “Staffing is one of the main reasons capacity is offline, so ensuring staff can be vaccinated would really help open up additional beds.”

Saturday’s directive is one of several steps the Biden administration has been forced to take to respond to the rising number of unaccompanied minors being taken into U.S. custody along the southern border.

Earlier in the week, the refugee office authorized its shelters to pay for the travel expenses of migrant children who are ready to be placed with approved sponsors in order to expedite their release, according to separate internal memo obtained by CBS News. The refugee office has a mandate to release unaccompanied minors in its custody to vetted sponsors in the U.S., who are typically the minors’ family members. 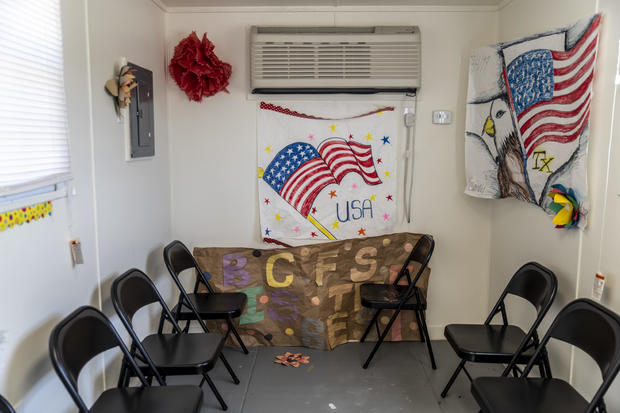 An HHS official said no final decision has yet been made on whether to reopen a second influx facility in Homestead, Florida.

The HHS official said the refugee office is also hoping to start a new system in the summer that will speed up the process of conducting background checks of prospective sponsors.

A 2008 Bush-era law passed with bipartisan support generally requires all government agencies to transfer unaccompanied minors to the U.S. refugee office within three days of taking them into custody. That process was largely suspended by the Trump administration last March, when it invoked a little-used public health law to start expelling most border-crossers, including unaccompanied minors, to Mexico or their home countries without a court hearing or an asylum interview.

The Biden administration continues to rely on the public health authority to expel most single adult migrants and families with children, but it made a policy decision to shield unaccompanied minors from the expulsions following a court ruling allowing the practice.

The HHS official said the Biden administration is fully aware of the current situations at the southern border and the “humanitarian concerns” of processing migrant children, noting the government is trying to mitigate the “damage as much as possible.”

“They have a right to seek humanitarian protections and asylum,” the official said of migrant children.

The Best Ways to (Safely) Clean Your Camera