A queen gets her due. Tiffany Mitchell, arguably the best strategist of Big Brother 23, may not have won the game but she’s more than happy taking home the title of America’s Favorite Player.

The phlebotomist, 40, beat out her close ally Derek Xiao and won $50,000 during the live finale on Wednesday, September 29.

“It’s almost more than winning the game because winning the game, it’s the jury that votes for you,” Tiffany exclusively tells Us Weekly. “But America has to vote for you to be America’s Favorite Player. That is such a privilege to me. I am just grateful for being recognized in that way.” 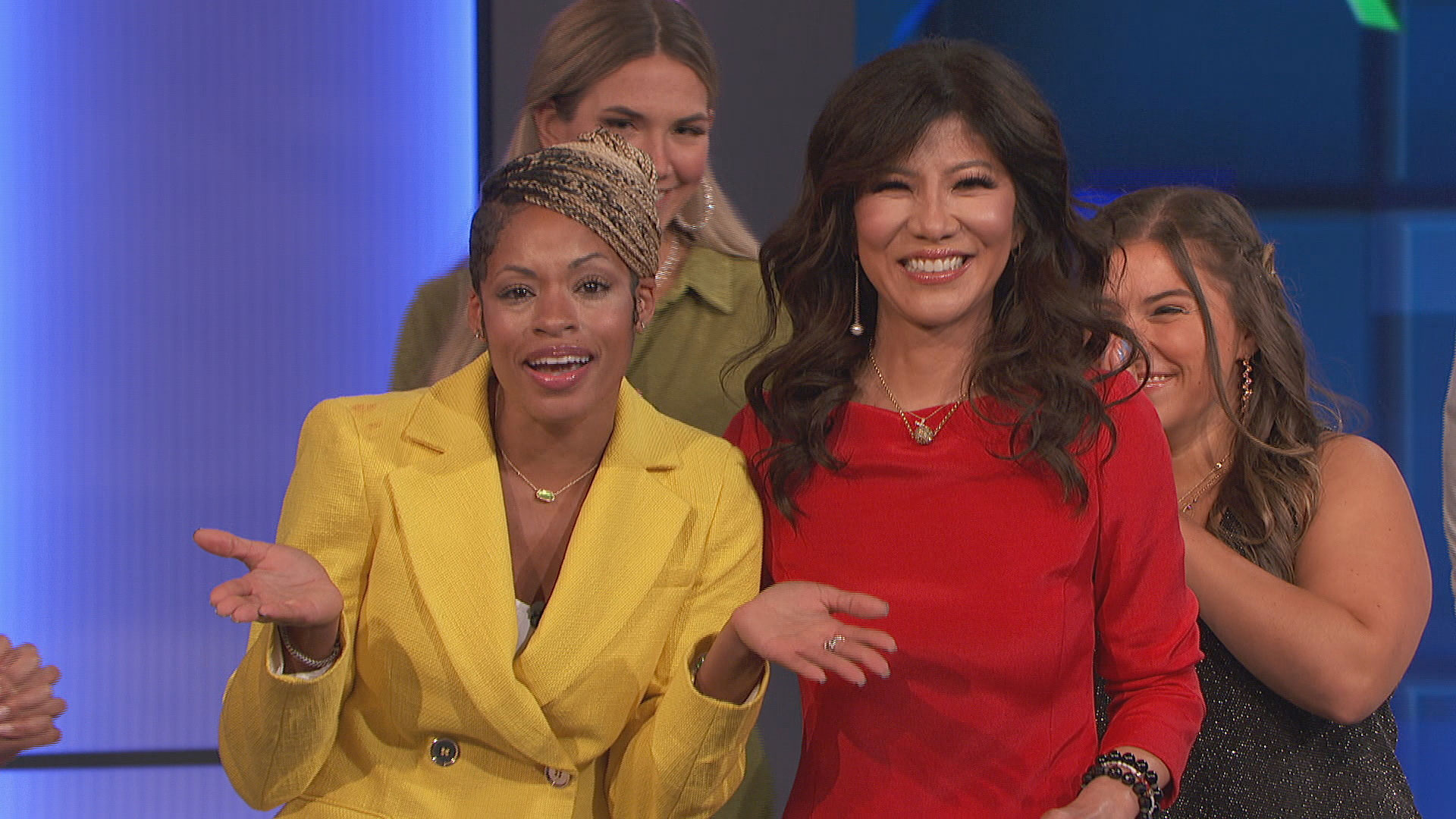 She continues, “I would love for my name to be remembered for something wonderful, something positive, something great. To some people, it’s just Big Brother or it’s a reality show. For me, this was a dream to be able to come onto this show. I’ve always just watched it. Never knew that I would even be looked at, but the fact that I was recognized and I’m here, and then the difference that we made this season and to be America’s Favorite Player … to me, it means everything.”

‘Big Brother’ Winners: Where Are They Now?

As for how she plans to celebrate, the Michigan native says, “I’m definitely doing something with my son. We are getting the heck out of here. He deserves it.”

Watch above or scroll down to read our full interview with Tiffany in which she also talks about The Cookout, Xavier Prather as a winner, her ups and downs with Derek Frazier and Kyland Young, her plans for the future and more! 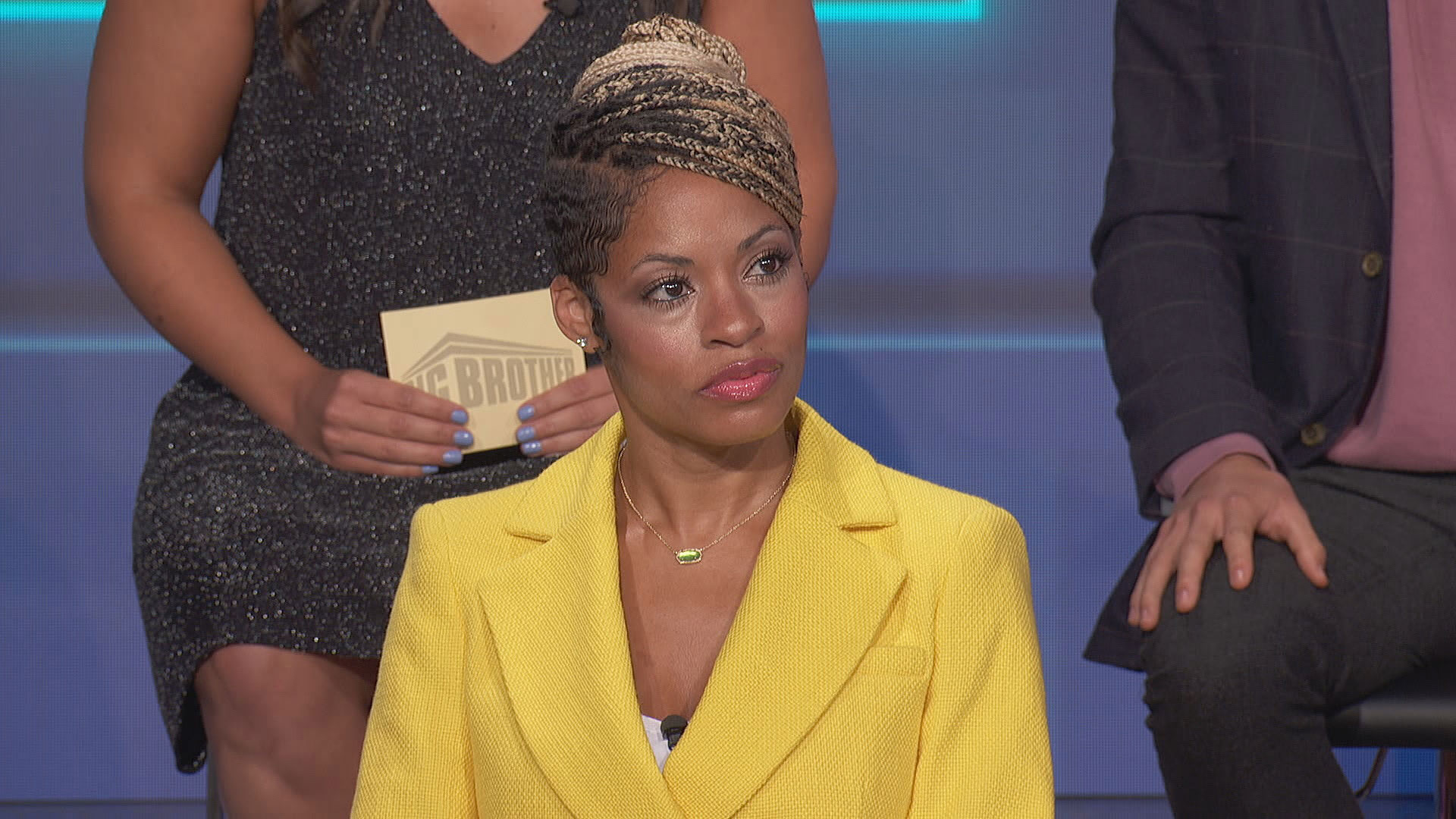 Us Weekly: Congrats on winning America’s Favorite Player! You carried this season, you carried it! How are you feeling?

Tiffany Mitchell: Oh, it is such an honor to be a part of this season and The Cookout. I don’t even know what to say. Waking up in the house everyday [thinking] like, “You know, you’re canceled today, right?”

Us: How did you feel when Julie [Chen-Moonves] said it came down to you and Derek X? Were you freaking out?

TM: I was freaking out. Listen, all of us have said that Derek was America’s Favorite Player. And to hear that I was ranked next to Derek, I was like, “Whoa, I came close.” But when Julie said my name, I’m like, “Oh my God, what is America thinking?” I love it. I love it. I love it. Just, I love this game. And to be America’s Player means … it’s almost more than winning the game because winning the game, it’s the jury that votes for you. But America has to vote for you to be America’s Favorite Player. That is such a privilege to me. I am just grateful for being recognized in that way.

Us: We have a Black America’s Favorite Player and our first-ever Black winner of Big Brother. How does that feel?

TM: It is historic. If nothing in the world, I have always wanted to be historic. I want to be remembered for something. I would love for my name to be remembered for something wonderful, something positive, something great. To some people, it’s just Big Brother or it’s a reality show. For me, this was a dream to be able to come onto this show. I’ve always just watched it. Never knew that I would even be looked at, but the fact that I was recognized and I’m here, and then the difference that we made this season and to be America’s Favorite Player … to me, it means everything. 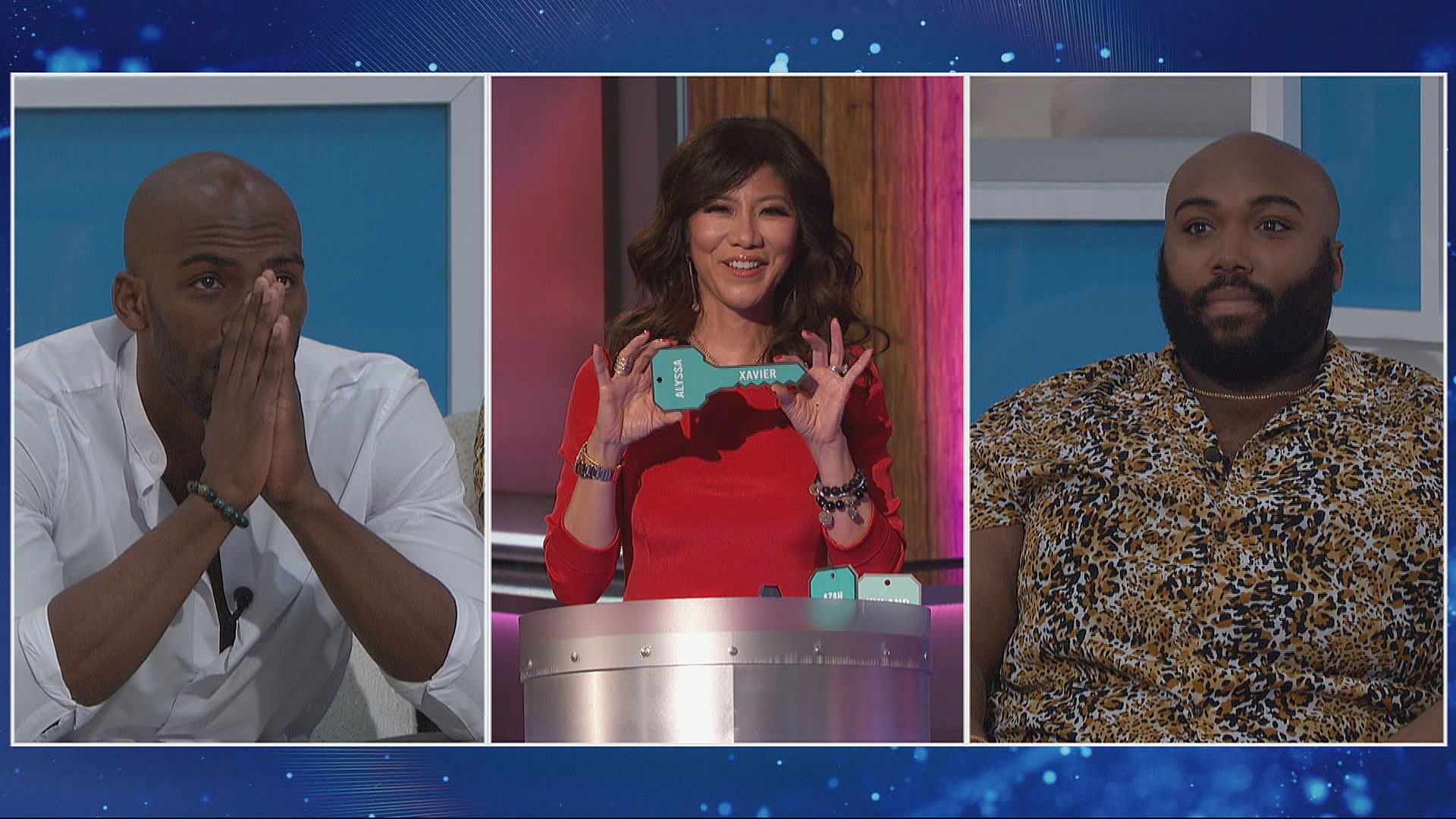 Us: Congrats! Well-deserved. So let’s talk about Xavier’s win. You guys had some hiccups. But how do you feel about him representing the season as the winner?

TM: I am a thousand percent standing by Xavier representing BB23, the first African-American winner of BB U.S. He has played a phenomenal game. I have nothing but wonderful things to say. The times that Xavier and I bumped heads, that was probably my fault (laughs). I have so much respect for him as a person, as a man and as a player. He truly deserves it. I knew when they had me and Hannah on the block together, I’m like, “Oh, just give Xavier the money.”

Us: Give me some intel on how the jury was feeling. Did Xavier basically have it locked up? Was there anything Derek F. or even Azah could have done to win?

TM: There was nothing that Derek F. or Azah could’ve done. We knew who played the better game. It would have been great to see Xavier and Kyland at the final two. That’s really what I wanted, especially when I left. But, Xavier played a great game. He played a much better game. He played a low-key game. We would like, collectively, for the winner to exemplify certain characteristics that we all believe in. And I’m not saying that Xavier held true to them more than anyone else, but he is just such a great person. You can tell in and out of this game that he is who I would like to refer to as the first Black winner, especially on the season that I played on, BB23. I would not want it to be anyone else besides myself. 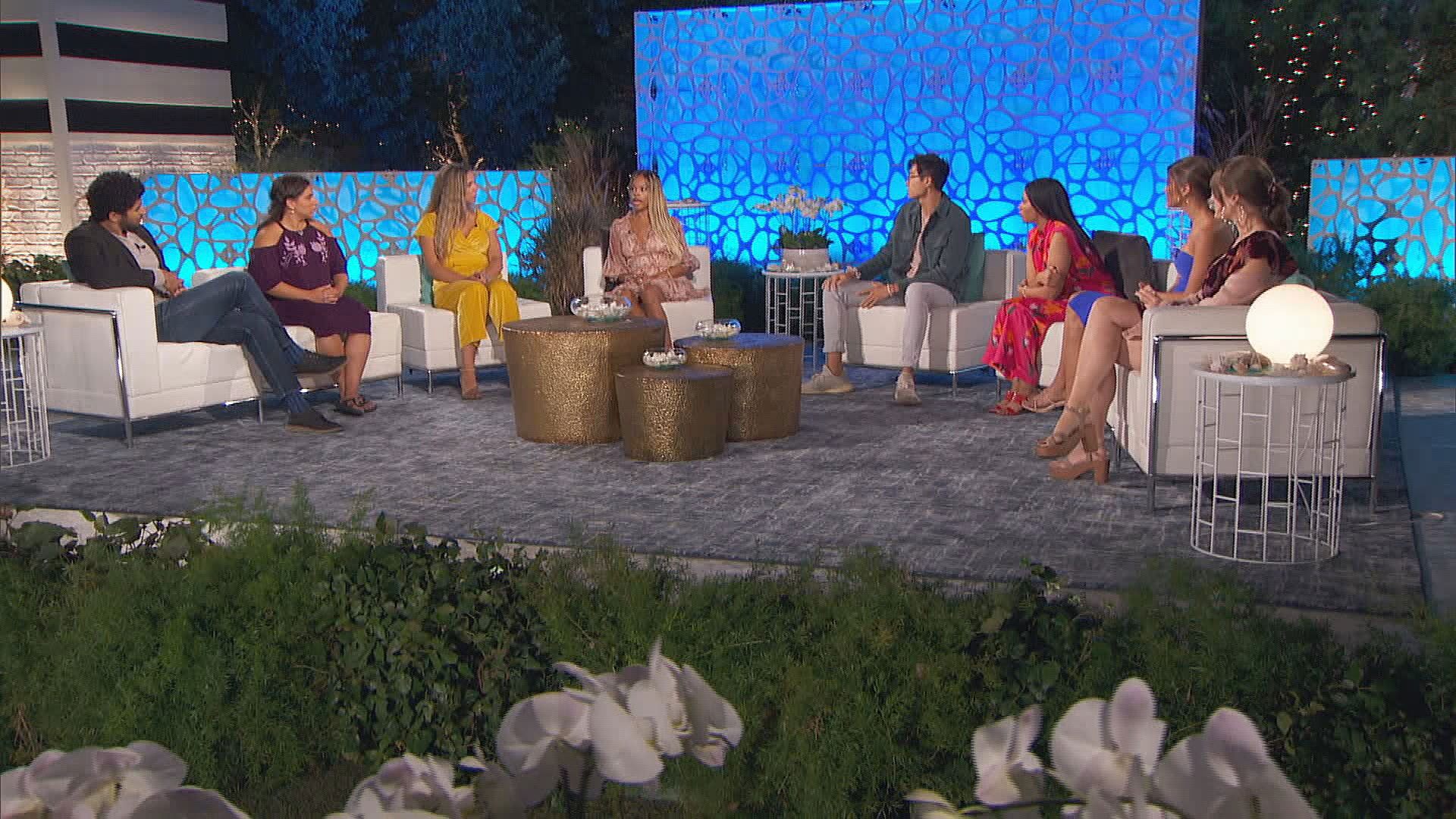 Us: Speaking of Kyland, when you won that HOH that he was “supposed” to win, that was a very contentious week. Xavier wasn’t happy with you. Do you think if you didn’t win, you would have gotten any further?

TM: As I was up there spinning around in a circle, getting hit by an elephant, I thought about that. And I realized that – well, I didn’t realize that, I knew – I just became OK with the fact that they were going to send me home regardless. They talked about sending me home before my second HOH. And so when I was up there spinning getting hit by the elephant, I figured if I’m going to go out, I might as well go out with a bang. So I don’t take it back.

Us: You and Big D didn’t always get along. What do you think about the times he said or implied that the women weren’t doing as much as the men for the alliance?

TM: When I heard that Big D and the other guys were going around saying that, I was offended because everyone had their role to play and everyone could step up to the plate at any time and win, if they could, to the best of their ability. I had not seen Big D win a competition either. However, he seemed to feel that he was carrying people. It’s OK for me to allow people to think that their right sometimes. I’d rather be happy than fight you on what’s right and what’s wrong. He had to be quiet though, after I won those two back-to-back HOHs. And I still never put him up, even though Big D kept saying, “She’s coming after me.” I don’t think Big D ever knew what he was talking about. 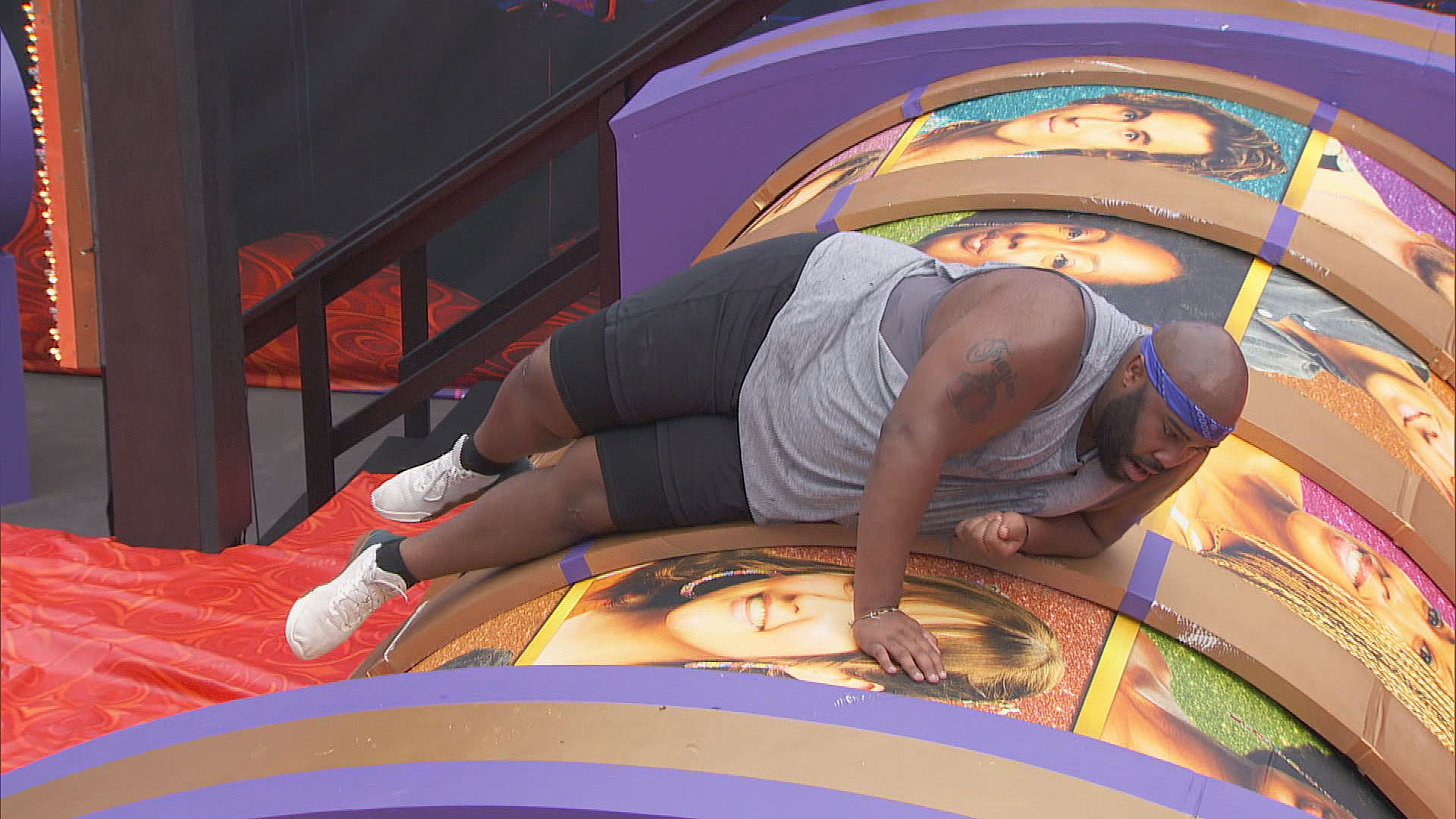 Us: We saw your reaction but what else do you have to say about Kyland claiming Chaddha and Big D were on the same level, game-wise?

TM: Kyland’s response to sending either Chaddha home or Big D home, Kyland doesn’t want to be wrong. His ego jumps right out of his mouth every time someone is proving a fact that is wrong. Because he made that decision to send Chaddha home and to keep Big D, he has to justify it with alternative facts that we all know are not true. Big D and Chaddha are not interchangeable, and it was insulting of him to say so, but he cannot admit that he’s wrong. So, I just, at that point, had to be done with the conversation because I am on TV and all.

Us: Settle this debate that seems to be out there: Who started The Cookout?

TM: Collectively, we decided without even speaking to one another, when we looked around that house and saw that it was six of us, that we would not target anyone. I know that’s what I said. I’m like, “I’m not targeting anybody.” Big D did take it upon himself, day one, to come around to each of us and say, “Hey, you know, we’re working together.” “Of course we do, thank you for confirming that.” Xavier did put a name on it and he called us The Cookout. And I was like, “What? OK.” So we were officially The Cookout, but we were just an understanding within the house that we would not target each other. And I guess we did not know how to formally move about as The Cookout until I came up with the master plan in week three. 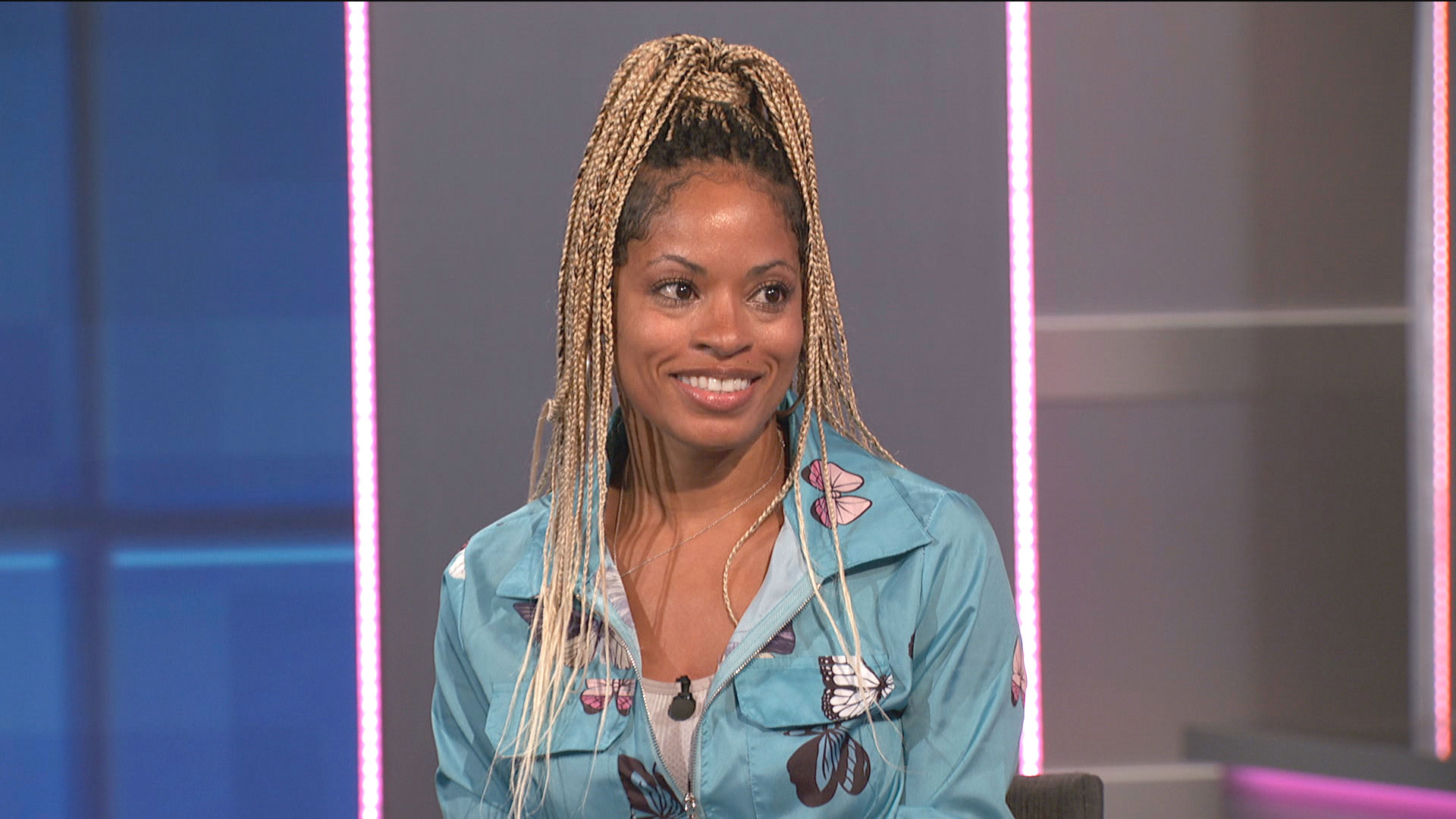 Us: Congratulations again! Any plans for the money? Any vacations you want to take?

TM: I’m definitely doing something with my son. We are getting the heck out of here. We are. He deserves it. He hasn’t seen me. We haven’t spent time together, even if it’s just him and myself. I probably would take Mama Pat even though she probably would not let me spend a dime on her. But, my son and I are definitely going to do something great together. He started high school without me! I’m like, “Oh my goodness. I remember ninth grade.” I’m like, “Boy, we gonna have to have a talk first.” But yeah, I definitely want to do something nice for us. It’s still in my mind, like, I just can’t even believe this. I just have to probably pretend like I don’t have this money. I’m not in a rush to spend it.

Us: I did ask you in your exit interview if you would ever play again. You said yes. So if you did play, who from this cast would you love to play with again?

TM: Derek X! Who’s going to go on the block week one next to me? But I would love me Derek, Chaddha. I would even play with Kyland again. He’s a great competitor. I would have had an alliance of Claire, Chaddha, Derek X and myself. I would have loved to see how that went.

Us: We all would have loved to see that! It was pretty obvious that you were sacrificing the most for The Cookout’s mission, in terms of your personal game.

TM: Yeah, I know. I was fanning out. Sometimes I was like, “I’m a super fan. We got to tear this house out. Let’s flip it! Let’s flip it!” It all played out the way it was supposed to play out. But yeah, there would be some things … you know, I threw a rogue vote week one! Against Alyssa. I was ready to play.

Us: Before you go, what are you most excited for now that you are outside the house?

TM: Of course, I want to see my family. I am looking forward to the opportunities that are open to me now that I have presented myself to the world. I love TV. I love film. I do love cameras. So if this takes off and I get to do something for the world to view me, I’m here for it.

This Day in History: Oct. 2

Amy Schumer and Oprah Have This 1 Thing In Common