"We made the show at that time because I was very concerned about the future of the US," the science educator said of his landmark children's program.

During an appearance on CNN Newsroom, scientist and TV personality Bill Nye, spoke to CNN about the possible effects of climate change and Antarctica’s Thwaites Glacier which scientists say could collapse within the next five years.

Nye explained the catastrophic events that could take place if the glacier were to collapse.

“Well, it’s estimated the ocean will rise about a half a meter, 20 inches, 19 inches, which you say ‘Well, I’ve been around 19 inches of snow or something’, but this would be catastrophic. A place like Florida would be — southern Florida would be underwater.”

“And the problem with that is people will leave, where are they going to go? What are they going to do? When they leave, it won’t happen instantly, but it’ll happen fast enough,” the 66-year-old scientist continued. “This gets back to the old problem that we’ve been talking about for 30 years, where scientific concerns have not been heeded by governments, by people around the world.”

The scientist elaborated on how the fossil fuel industry has been successful in introducing the idea that scientific uncertainties are not solid enough to consider serious possibilities.

“When will the glacier fall? Tomorrow? Ten years from now? Well that’s too uncertain,” he posed the rhetorical question. “Scientific uncertainty is somehow the same as doubt about the whole thing and this is leading to catastrophes big enough where I think people are noticing them.”

CNN also reported that Michigan had experienced its first tornado in December in its history and other winter tornadoes around the central U.S. were not supposed to be common occurrences. 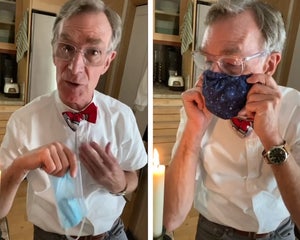 When asked whether or not his educational science program titled “Bill Nye the Science Guy” would be well received in this political climate, the scientist admitted that he couldn’t be sure if the same program could be aired today without criticism.

“Do you think your show would be possible if it was going on air today? And I asked that because so many other for example, Sesame Street and so forth, they have been now called propagandists,” said CNN’s Pamela Brown.

While the scientist could neither confirm or deny, he revealed, “You may be right it may have been very difficult to get the Science Guy Show on at that time, but the reason we made the show at that time is because I was very concerned about the future of the US.” 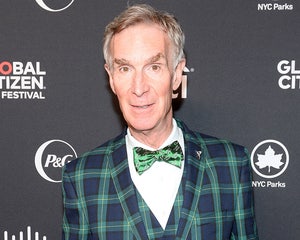 Girl, 3, draws imaginary friend – and her description is absolutely terrifying

Lydia Leonard 'set to play Cherie Blair in The Crown'