"I like the idea of a room full of white people, all looking at me, all listening to what I say," says Johnny Mullagh. "I would say, 'Listen to my story. Listen to my people. And listen to your hearts'."

The real Mullagh may have thought no such thing, but the dramatised character has his wish come true, even as he says the words put in his mouth by playwright Geoffrey Atherden – words that encapsulate the sentiment at the heart of Black Cockatoo. 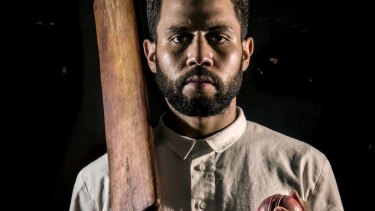 Mullagh, or Unaarrimin, a Wotjobaluk man from western Victoria, was the star of an Aboriginal cricket team that in 1868 was the first Australian XI to tour England. Atherden's play, about the broader issues of racism, oppression, reconciliation, shared history, divisive history, distorted history and the search for truth, ensures we do listen to Mullagh's extraordinary story.

It also ensures we listen to his people, the play having an all-Indigenous cast, directed by Wesley Enoch. As to listening to our hearts, that may have been intensified had both play and production been more consistently at their considerable best. 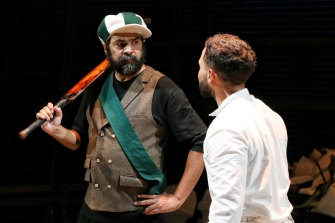 Atherden interweaves a modern-day story through Mullagh's: that of four young friends who break into a museum housing memorabilia from the 1868 tour, and whose commentary and shifting perspectives on Mullagh frame our own reactions to the story. Blessedly, their scenes are not there to serve the idiotic god of relevance, although one senses an assumption that we may not arrive at the right conclusions without this chorus-like device.

Aaron McGrath catches Mullagh's shyness, curiosity, wariness, wisdom and wry humour, but sometimes the character needed more charisma to carry us with him. Colin Smith plays Lawrence, the white fella who hatched the exploitative scheme to take the team to England, and perhaps the plot would have thickened had he been made as complex as Mullagh.

Overall the characterisations seem to have been squeezed thin by the weight of history and of the issues addressed. The intentions were noble, and the story deserved telling, but ultimately the play's the thing.