The glamorous off-court life of British Wimbledon hopeful Katie Swan: 19-year-old adores Love Island, counts Andy Murray as a friend and is madly in love with a handsome tennis pro

It’s only day three of Wimbledon but British teenager Katie Swan already knows a little bit about how passionate home fans can get about up-and-coming players.

The glamorous 19-year-old, who signed to Andy Murray’s sports management agency 77 in January this year, will feel the world’s eyes on her today as she vies for a third round place in the world’s biggest tennis tournament against 29-seed Mihaela Buzărnescu.

However, with a social media presence that’s awash with photos of her life off and on court –  including romantic photos embracing handsome tennis pro boyfriend Joel Cannell – Swan looks more than happy basking in the media spotlight. 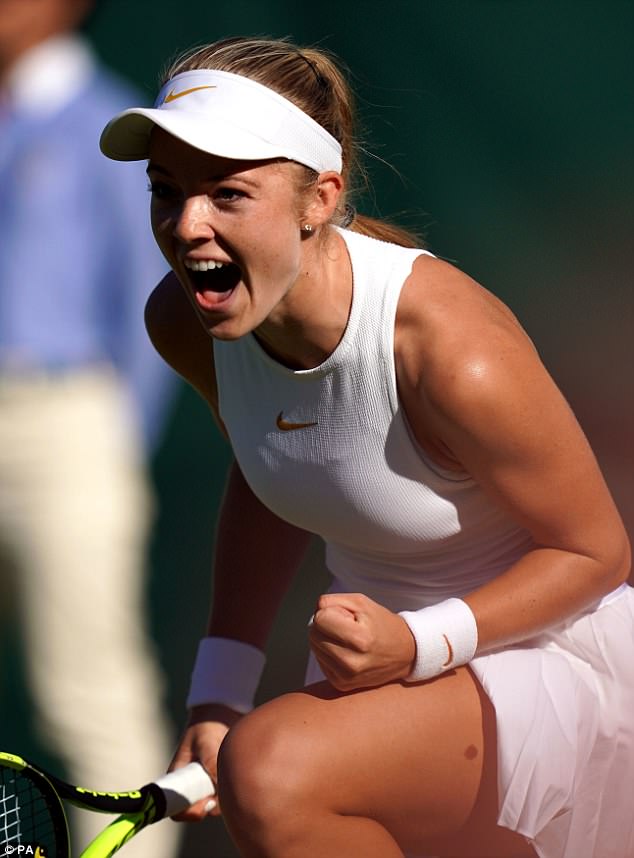 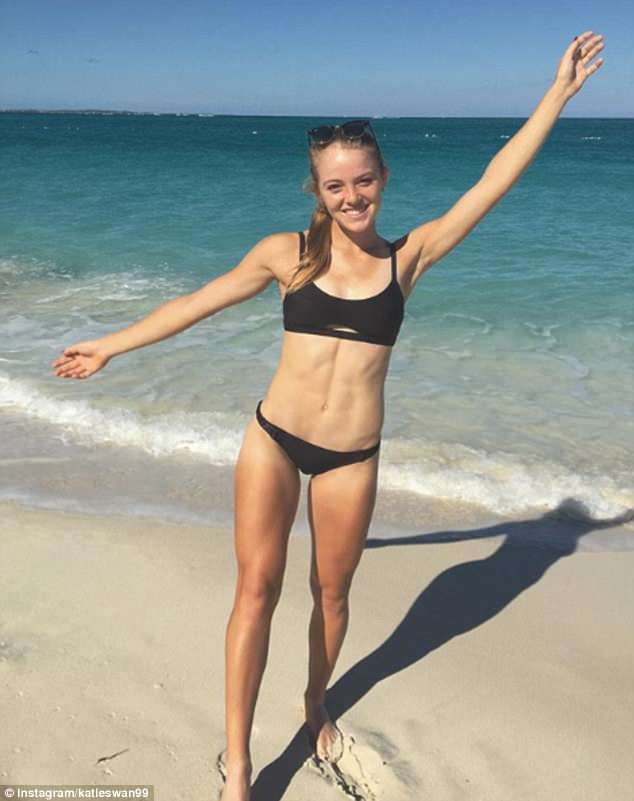 Swan, who’s a self-confessed fan of Love Island, spends her time travelling the globe as she establishes herself on the women’s tennis circuit as a young pro 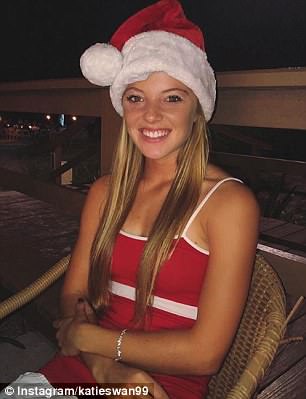 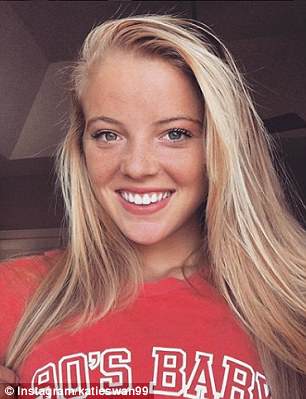 Dating for two years, both Swan and Cannell regularly publish sweet images of their time together, which can be rare with both young players establishing themselves on their respective tennis circuits.

A recent shot to mark their 24-month anniversary was accompanied by a caption by Swan that read: ‘Proof that long distance can work #2years #andcounting @joelcannell’

Her victory over Irina-Camelia Begu was her first in a Grand Slam – and saw her pocket £63,000 in prize money.

Swan is ranked 204th in the world.

She said of the Wimbledon winner, who has pulled out of the tournament with an ongoing hip injury: ‘He’s such a nice guy. He seems willing to help with anything.

‘I’m mentored by Andy, so, really it’s a dream come true for me. It’s really cool when I think about it.’

She added: ‘We haven’t actually spent much time talking about tennis, more kind of other stuff… Love Island’.

‘He says he doesn’t (watch it) but he definitely does.

‘Last week at Eastbourne, we did a team dinner and he was telling me about it.

‘My favourites are Jack and Dani. I think they’re going to win for sure. There’s a lot of drama going on right now. Let’s talk Love Island! Andy Murray is Swan’s mentor and she says it’s a ‘dream’ to have the British number one managing her career 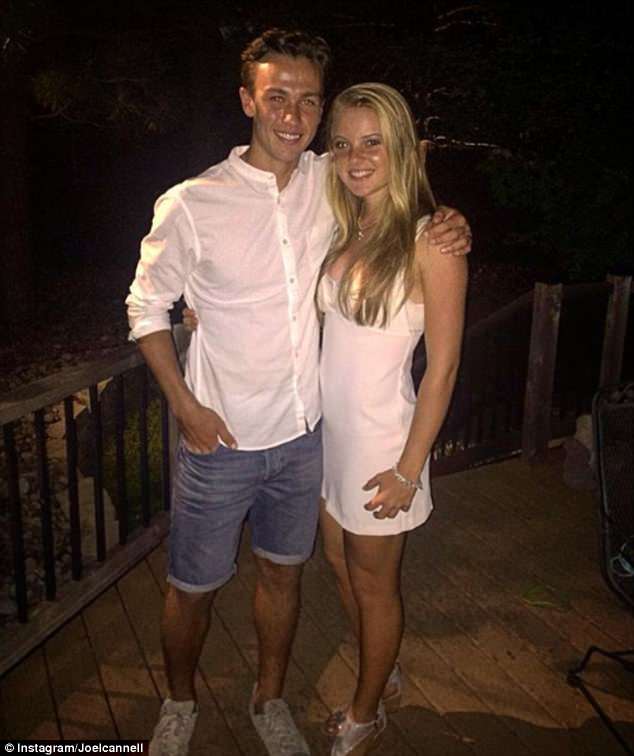 Talented pair: Swan with her 20-year-old boyfriend Joel Cannell; the pair have been dating for two years 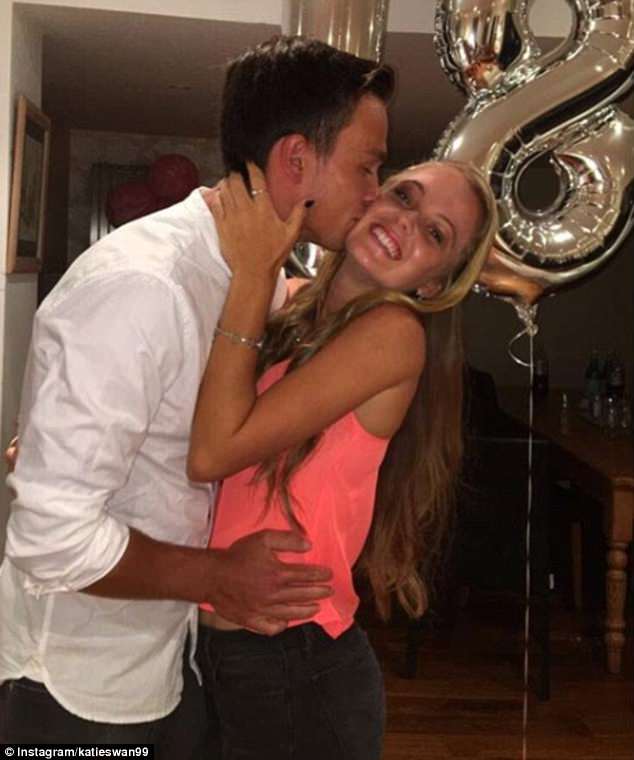 Both young players post regular images of their time together, which can be limited as they jet around the globe pursuing their respective tennis careers 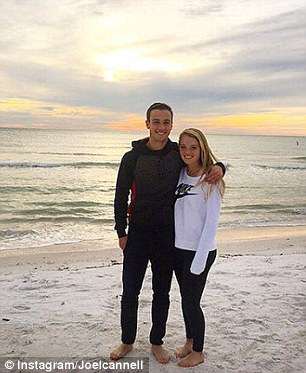 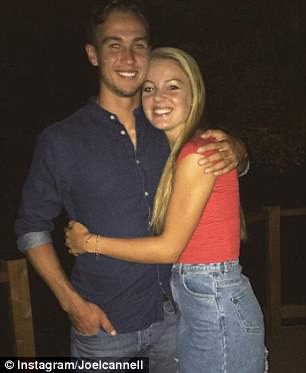 Love all! Swan, who lives in Kansas after her British father’s job took the family to America, with British boyfriend Joel Getting used to fame: Swan will be 100 per cent more recognised after winning on the hallowed grass courts at SW19

Swan was born in America and her family still lives in Kansas.

‘I haven’t been home since the beginning of March so it’s tough, I’ve spent a lot of time in London,’ she said.

‘It’s never easy, especially being away from home and my family and my dogs – I miss my dogs a lot. I have four.’

But her family have flown in for Wimbledon and brought the home comforts with them.

‘My mum’s been here for the last week or so and my dad and my brother arrived this morning,’ said Swan.

‘We’re renting a house in Wimbledon so it’s really nice I get to be with them, it makes me more relaxed being around my family.’

The missing piece of the puzzle is the pack of dogs.

They have stayed home in Kansas but the world No 204 said: ‘There’s actually a dog down the road that we know the owners of and the lady says that we can look after him if I want some therapy.’

Why is Kelly Clarkson not on The Voice?