Historian Bruce Pascoe, the Dark Emu author whose Aboriginal identity is at the centre of a fierce culture war, has withdrawn from the literary program of the Perth Festival and the Adelaide Writers’ Week.

Mr Pascoe was scheduled to headline an event in Perth on 21 February as part of the festival’s Literature and Ideas program and appear at Adelaide’s major literary festival later in the month but announced through his publisher late Wednesday he was unable to attend both events.

Mr Pascoe told The Age that, for all the heat about Dark Emu and his Aboriginal heritage, his reason for pulling out of the event was the fire still burning near his Point Gipsy home outside Mallacoota. 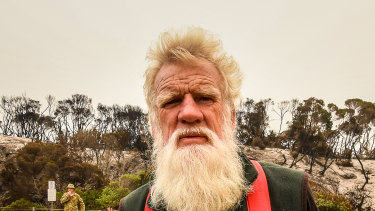 Mr Pascoe’s property was burned and his house threatened by the massive fire front which destroyed dozens of homes in Mallacoota and surrounding communities on New Years’ Eve. One of his oldest friends in Mallacoota, third generation timber worker Fred Becker, died in the fires.

The CFA volunteer is also heavily involved in the rebuilding and recovery process for the coastal hamlet where he has lived since the 1970s and where he traces his family’s Aboriginal history.

Since the day of the devastating fires, Mr Pascoe has attended literary events in Tasmania and Sydney. Each time he has returned home exhausted. The organisers of the Perth Festival announced he had decided to cancel all upcoming Australian appearances.

“Bruce has made the difficult decision to scale back his various commitments so he can focus on addressing the damage on his property and assist in the recovery efforts in his local community,’’ his Magabala Books publisher said.

“Bruce sincerely apologies for the inconvenience this may cause. Bruce is grateful for the support he and his local community of Mallacoota have received from across Australia and around the world following the devastating bushfires.”

Mr Pascoe is facing renewed criticism by Andrew Bolt and other conservative commentators of his 2014, bestselling book which challenges traditional assumptions about nomadic Aboriginal culture and depicts more complex indigenous societies based on sophisticated agriculture and governance.

More recently, his Aboriginal heritage has been the subject of a bitter public dispute, with Home Affairs Minister Peter Dutton referring to the Australian Federal Police fraud allegations against Mr Pascoe raised by a prominent Aboriginal businesswoman, Josephine Cashman. 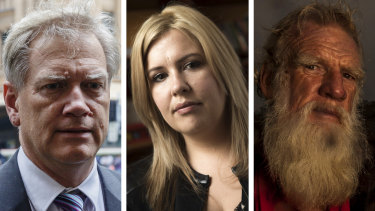 The AFP found Mr Pascoe had no case to answer. Federal indigenous Minister Ken Wyatt this week revealed that Ms Cashman had been removed from her government advisory role.

The Perth Festival announced that all tickets to Bruce Pascoe: A Conversation About Ingenuity, would be refunded.

'Survivor 40: Winners at War': How Do 6 Players Each Already Have a Hidden Immunity Idol?