What dreams are made of! BTS and Amorepacific have teamed up to create a limited-edition Lip Sleeping Mask — and it’s safe to say that fans are already counting down the days until the product hits shelves.

See What the Stars Wore on the AMAs 2021 Red Carpet

If you have your heart set on scooping up this dream collab, you’re going to want to act fast and plan your purchase. The overnight treatment retails for $24 and is going to roll out on laneige.com and sephora.com on Saturday, November 27. It’ll also be available in certain Sephora stores in Los Angeles and New York City on Monday, November 29.

So, what makes this drop so special, you ask? Well, not only does it have the insanely hydrating, moisture boosting formula and amazing sweet Gummy Bear scent of the classic Laniege Lip Sleeping Mask, but it also features some special packaging for BTS stans. 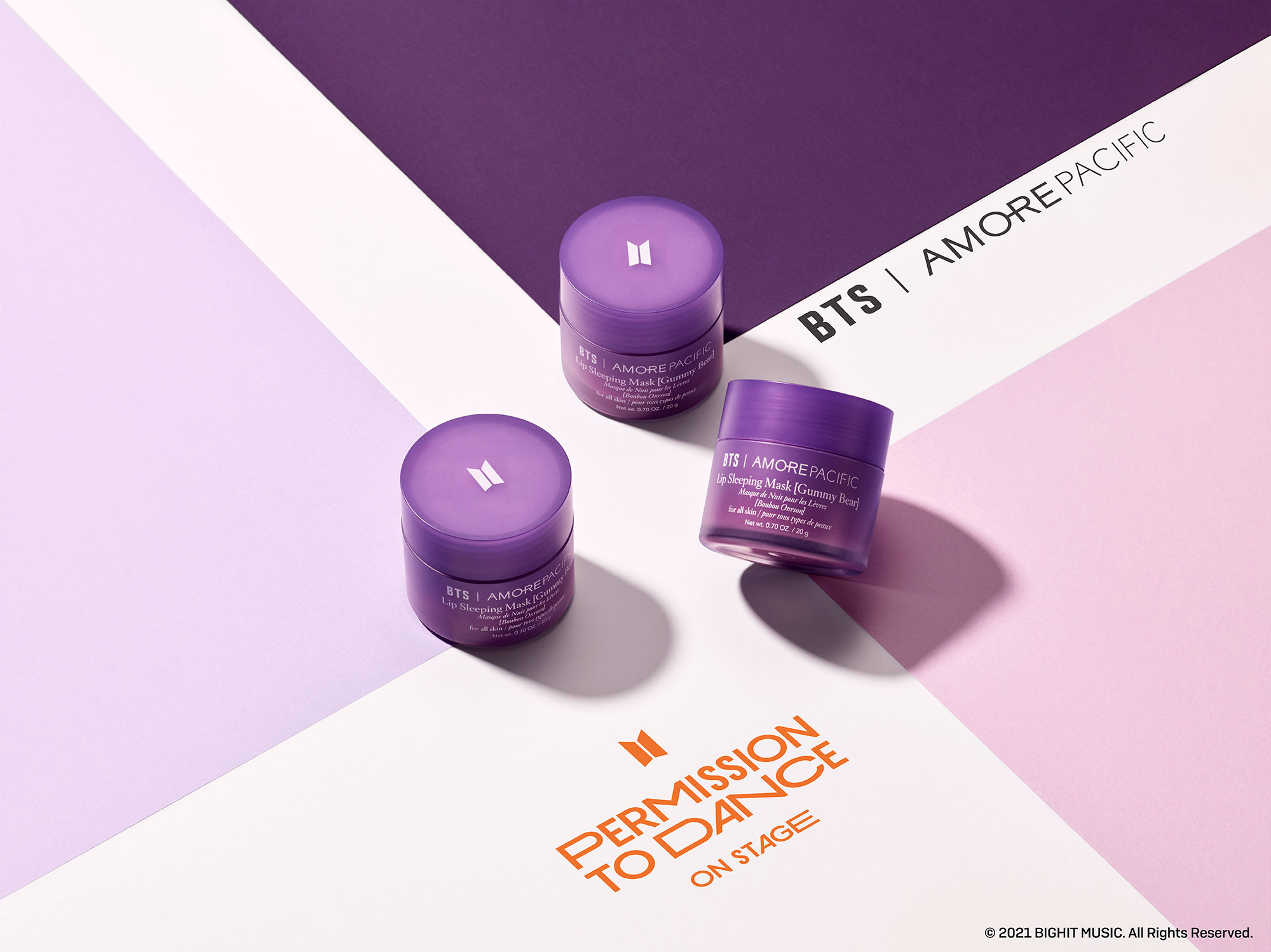 The product, which was inspired by the BTS’ Permission to Dance on Stage tour, features the tour artwork on the outer box and the BTS logo on the lid of the jar.

1D! ‘NSync! Look Back at the 22 Biggest Boy Bands of All Time

Given the amount of love people have for both the Laneige Lip Sleeping Mask and BTS as a whole, it’s no surprise that Twitter exploded with excitement after hearing the news.

“BTS X LANEIGE??? OHHHHH TAKE MY MONEY,” a user wrote, white another added, “BTS AND THE FAMOUS LANEIGE LIP SLEEPING MASK ARE WE KIDDING?” Someone else said, “Not BTS and Laneige. I’ve always wanted to buy one of these lip masks I guess now is the time.”

The collaboration goes a bit further than just a limited-edition beauty product. Amorepacific is also set to be one of the sponsors for the Permission to Dance on Stage tour, which is happening at Los Angeles’ SoFi Stadium on Saturday, November 27, Sunday, November 28, Wednesday, December 1 and Thursday, December 2.

This news follows the boy band’s big night at the American Music Awards, where they won every award they were nominated for. Not only did they take home Artist of the Year, but they also won Favorite Pop Group and Favorite Pop Song for “Butter.”

“Four years ago, we gave our first TV live performance on this stage, it was “DNA.” We were too excited and nervous at the time,” Kim Nam-joon (RM), the leader of BTS, said in his acceptance speech. “It’s been an amazing and crazy ride since then, but nobody could have ever bet that we would be here, receiving this award, except ARMY.

‘How to move to Canada’ is trending, but good luck with COVID-19