Would YOU buy second-hand swimwear? Pre-owned bikinis are being snapped up online (and cost a fraction of the original price)

With holidays abroad on the horizon, many of us are thinking about revamping our summer wardrobes.

While many of us pick up new swimwear at the shops, research shows an increasing number of us are opting to buy our swimsuits and bikinis second-hand online.

Analysis by British-based marketplace app Shpock revealed pre-loved swimwear is selling at the same rate as new or unworn pieces – but often at a fraction of the cost. 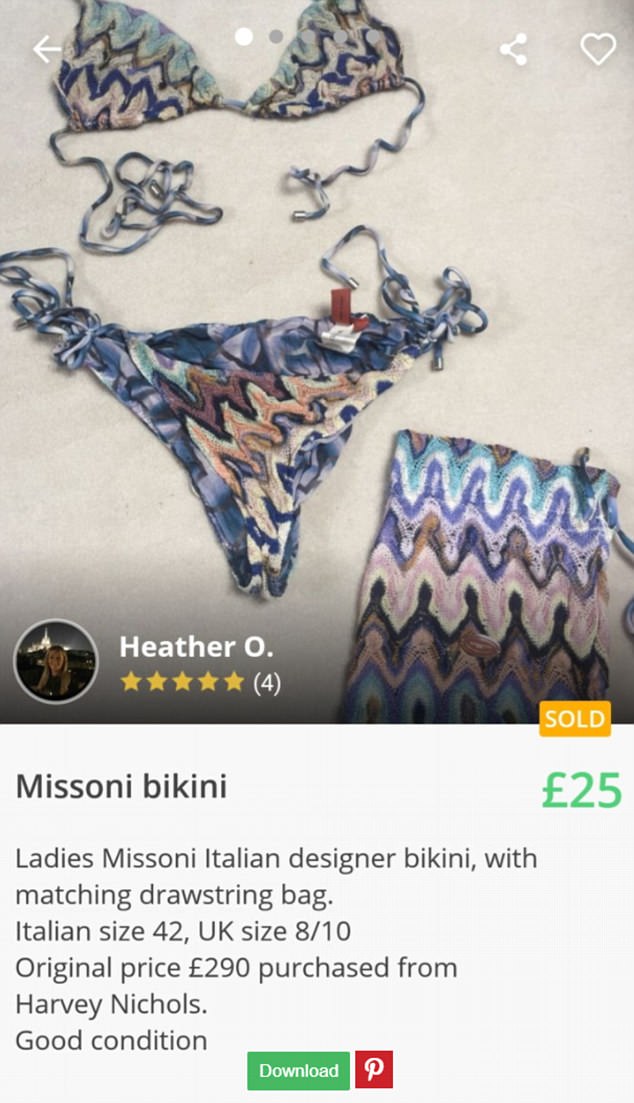 Bagging a bargain: This colourful Missoni bikini, bought from Harvey Nichols for £290, was available to buy for just £25 before it was snapped up by a savvy shopper 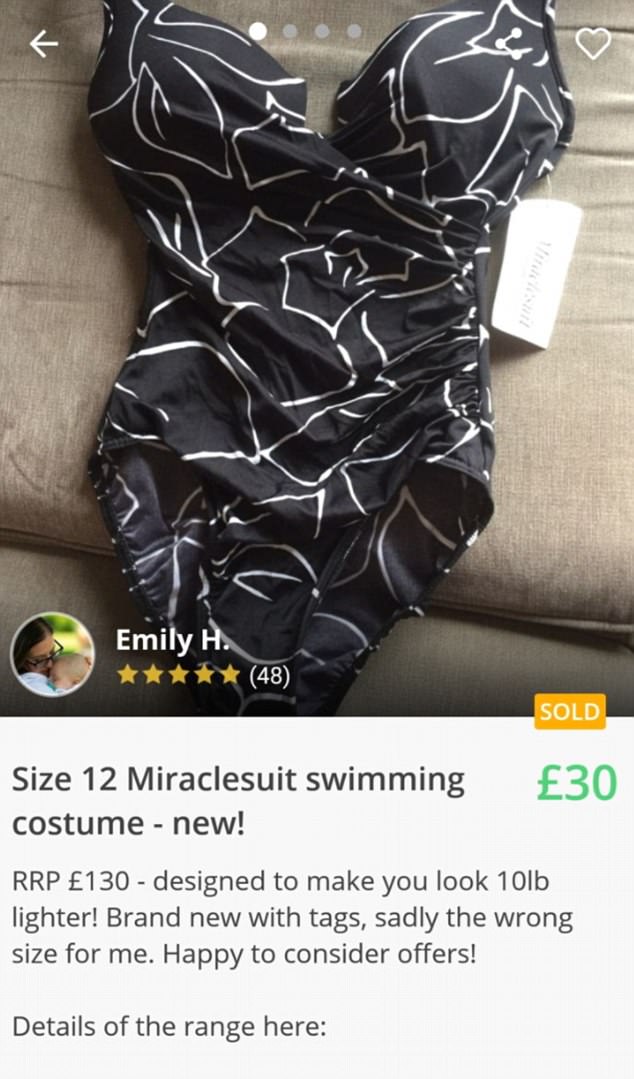 Summer savings: Another listing advertised a black and white Miraclesuit swimsuit in a UK 12 for just £30 – less than 25 per cent of the £130 originally paid 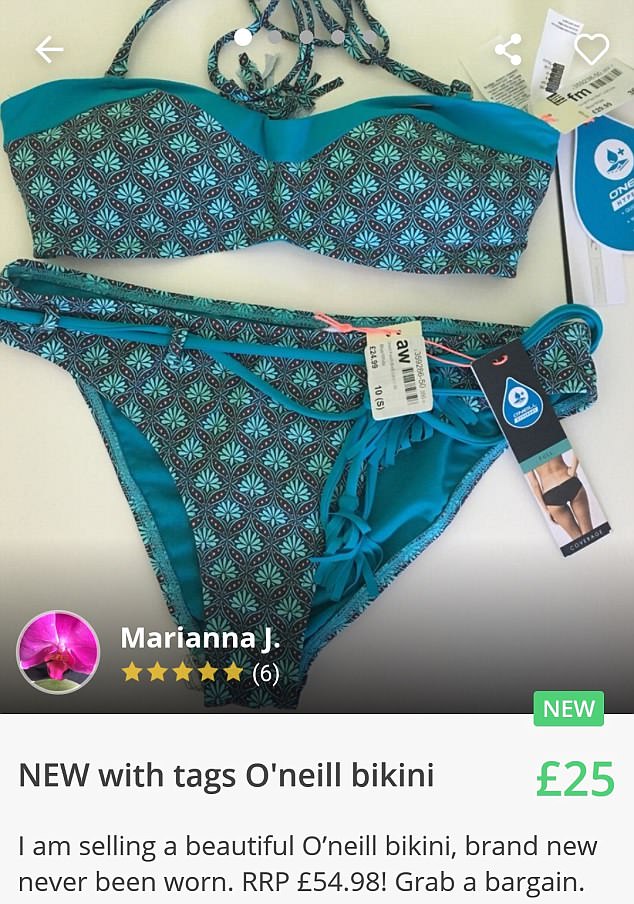 Cutting costs: This O’Neill bikini originally cost £54.98 but is now on offer for just £25

More than 70 per cent of the bikinis listed on the app are available for £10 or less, giving shoppers a cheap alternative to high street price tags.

It also gives an out to customers who had taken home a bikini or swimsuit to try on only to be stung by retatilers’ often strict returns policy on swimwear.

Recent listings on the app include a two-piece by Italian design house Missioni in its signature knitted pattern. 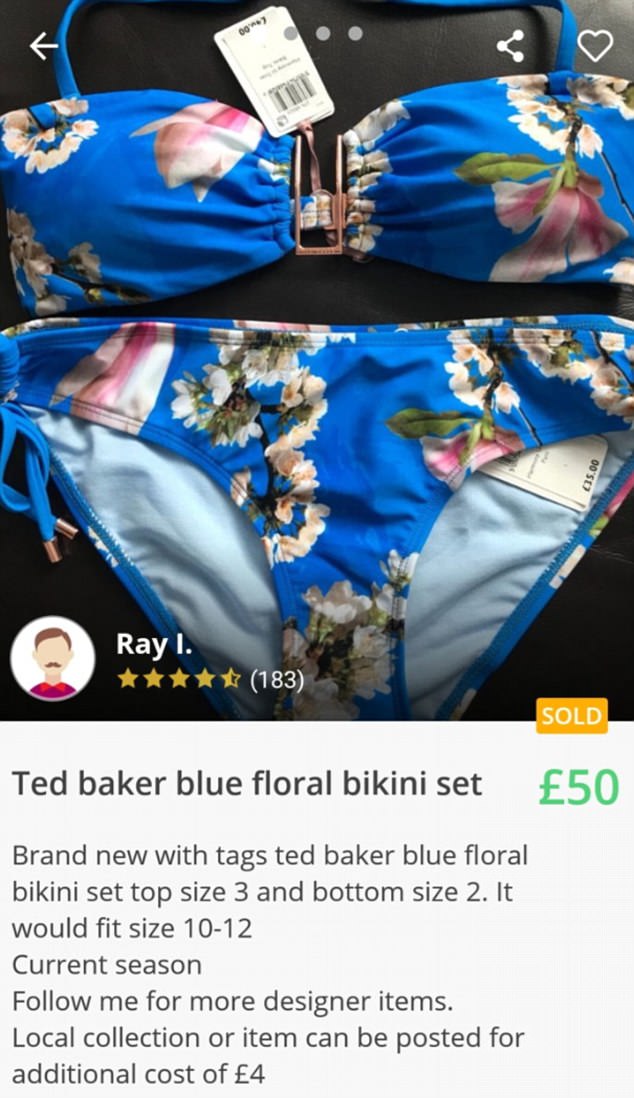 This season: A £75 Ted Baker bikini was available for 25 per cent off via the marketplace app 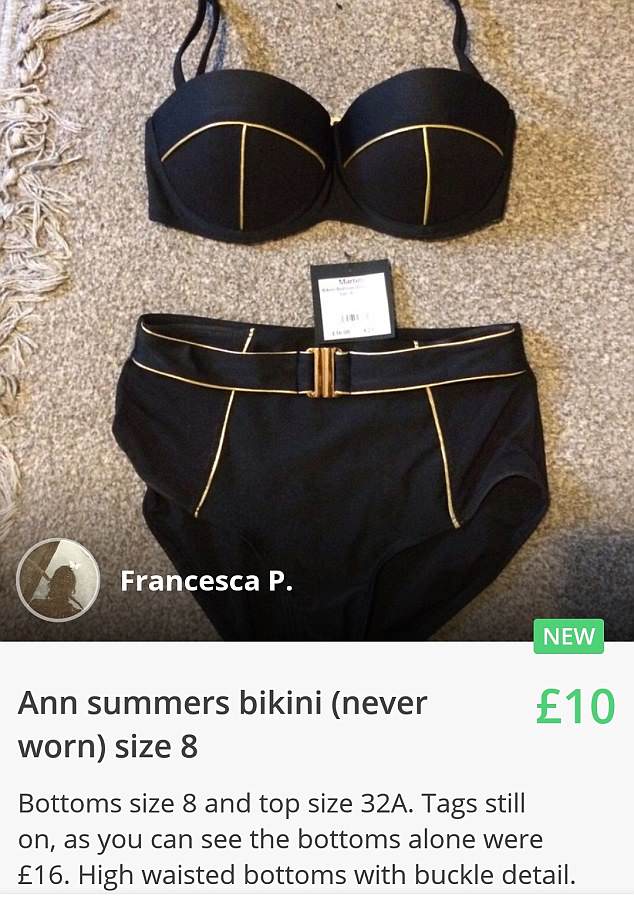 Turning heads: This Ann Summers swimsuit was reduced from £44 to just £10 online 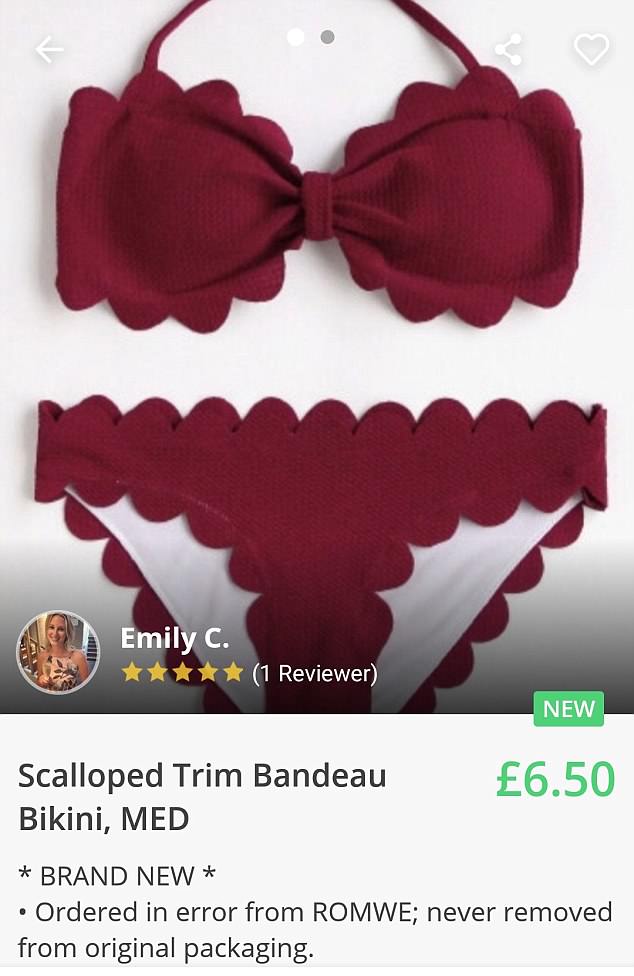 The colourful number, bought from Harvey Nichols for £290, was available to buy for just £25 before it was snapped up by a savvy shopper.

Another listing advertised a black and white Miraclesuit swimsuit in a UK 12 for just £30 – less than 25 per cent of the £130 originally paid.

Those looking to turn heads on the beach could plump for a black two-piece with gold buckle detailing from Ann Summers for £10 – a £34 saving on its original price. 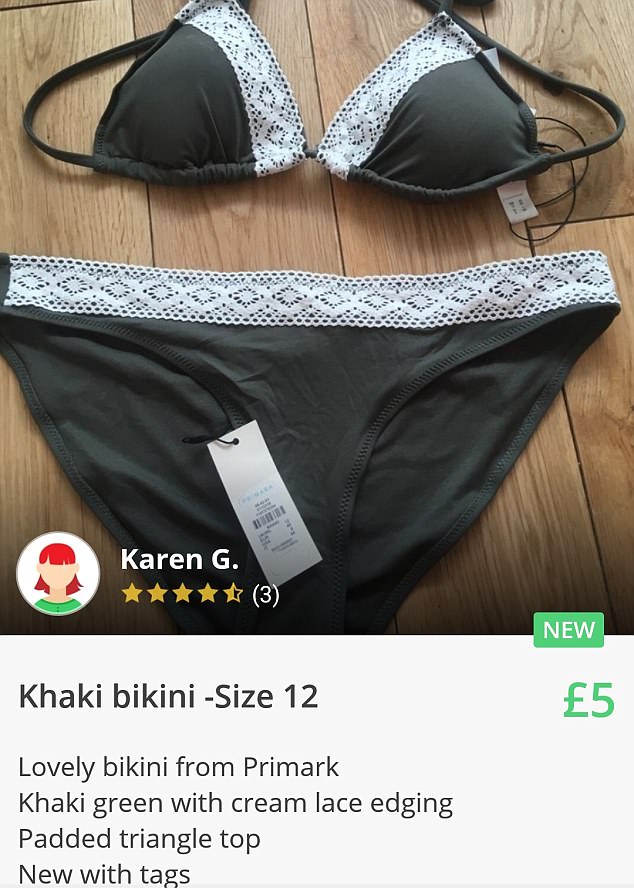 Even more of a bargain: Shoppers are able to save money even on swimwear from Primark 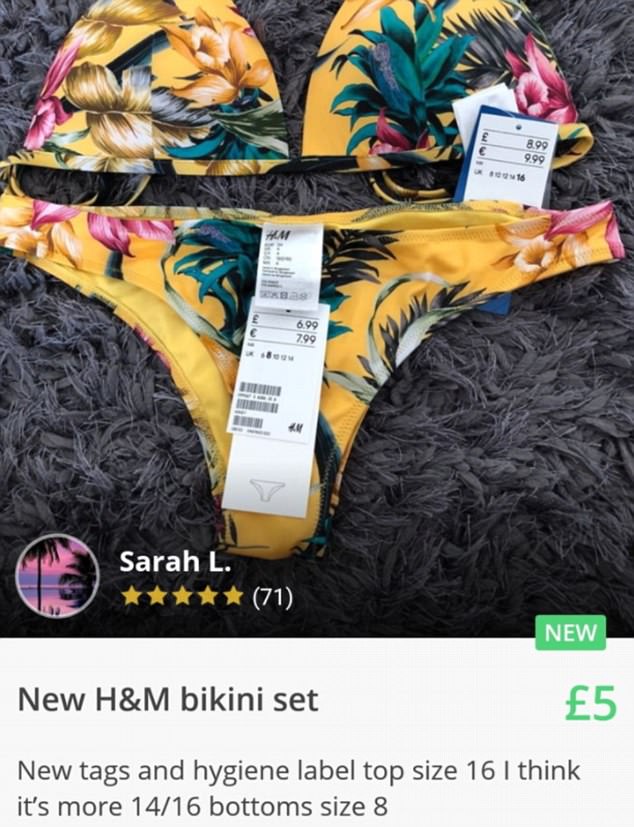 Tropical triumph: This brightly-coloured £15.98 two piece from H&M is on sale for £5

Experts at Shpock analysed more than 50,000 sales conducted on the app.

Results showed just one third of the swimsuits listed on the app were new or had never been worn, with the remainder made up of second-hand steals.

A spokesman for the app explained: ‘With the peak month of July approaching, bikini demand is reaching its highest point.

‘Over 70 per cent of bikinis are for sale at £10 or less meaning there are real bargains available.’ 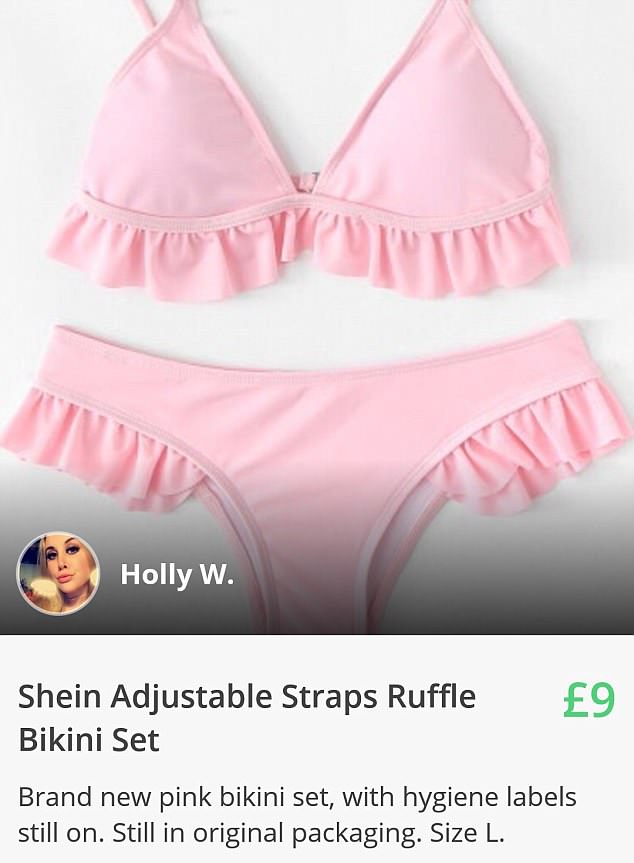