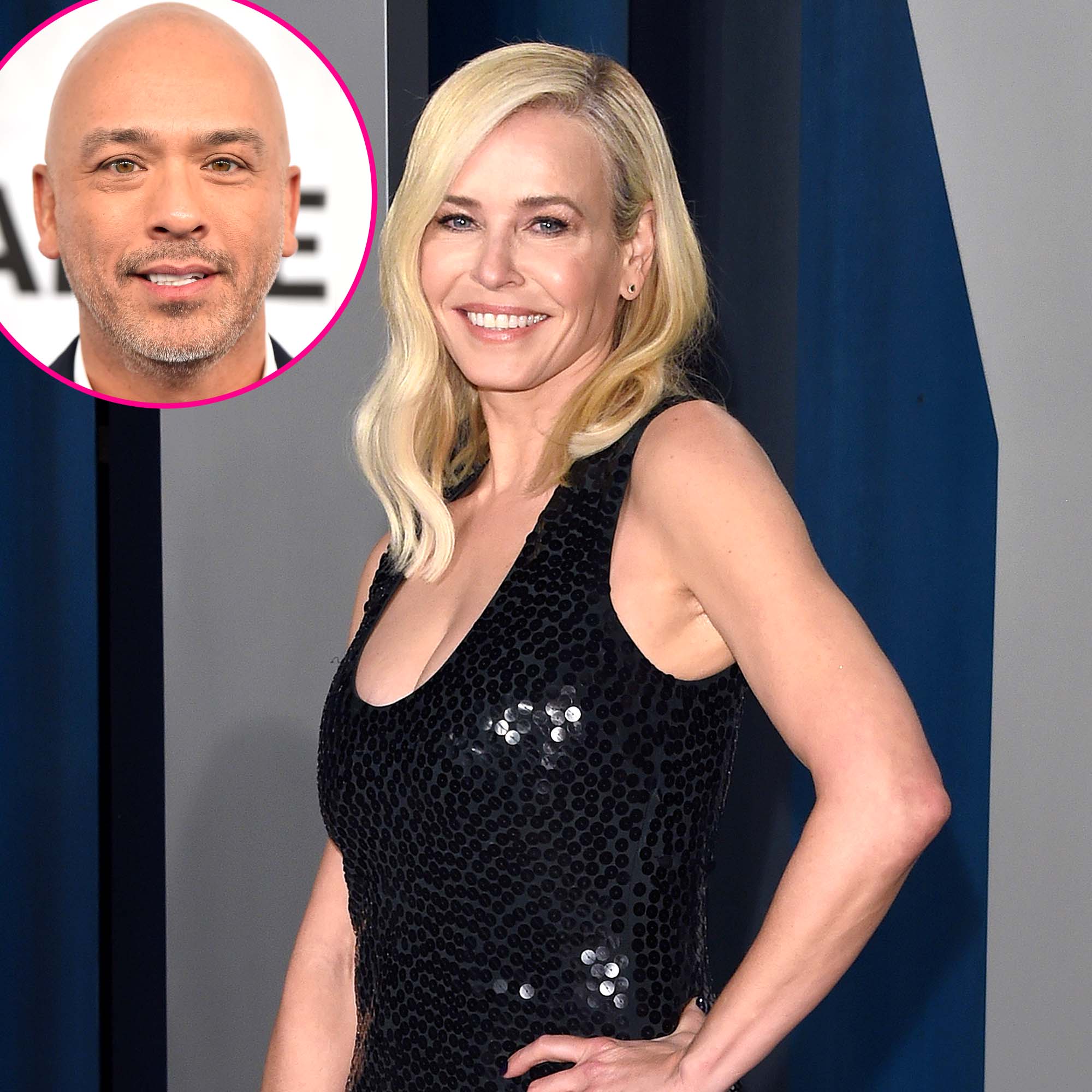 A new stage in her life! Chelsea Handler took to social media to gush about feeling great — and some of the credit goes to a special someone.

Stars and Their Celebrity Crushes

“Just sitting here in Mallorca thinking about how grateful I am to have so many people that I love in my life, to live the life I do and to be going on tour doing what I love. And that I’m finally in love, with the best kind of guy there is.” Handler, 46, captioned a photo of herself via Instagram on Monday, September 20. “There is hope for everyone! That kind of stuff.”

The comedian received plenty of positive messages to the news, with Paris Hilton commenting that she was “so happy” for her.

Kate Beckinsale replied to the post with a little bit of humor, writing, “So happy to hear this, you big beautiful bitch❤️.” Meanwhile, Reese Witherspoon added, “the best parts of life ❤️.”

Lena Headey also sent her friend well-wishes, replying, “Love all of this ❤️.”

Handler’s post comes after she previously fueled romance rumors with fellow comedian Jo Koy. The duo started posting videos of them spending time together in June, and fans started questioned whether there was something more than friendship between Handler and Koy, 50.

The television host shared another video via her Instagram Story on Tuesday, September 21, of Koy making fun of her for having stains on her outfit while she laughed in the background.

Earlier this year, the New Jersey native opened up about how she wasn’t looking to date any more white men.

“I mean, with white men and the way white straight men have been acting for the last couple of years, I think there’s only one direction to go in — that’s Black, Asian, Latinx, anything that isn’t, you know, a white privileged male who’s denying what’s happening,” she said during an appearance on SiriusXM’s Andy Cohen Live in June.

Handler joked that in reconsidering her dating preferences, she realized that she got along with guys “slightly better when there’s a language barrier of sorts.”

The Chelsea Lately alum has also detailed how the coronavirus affected her dating life after admitting that she preferred one specific dating app.

“I’m on a dating app called Raya. I’ve got to hook up, and I definitely want to have sex again,” she said on The Ellen DeGeneres Show in October 2020. “I do want to date. It’s just very hard during COVID.”

Handler offered an example of her more lackluster experiences when she recalled a backyard date gone wrong.

Stars Who Have Tried Online Dating!

“I had a guy come over the other night, a friend of a friend, I met him outside of my backyard I was doing a little shift change. I had a friend over for cocktails, she left and then he came in my backyard to see if he was appropriate for me,” she explained. “We talked for a little bit and then when I was ready I was like, ‘OK, I could hook up with this guy, this could be a fun night I just need to get some COVID history.’”

Handler said that things took a turn when she asked what precautions the guy was taking amid the pandemic.

“He said, ‘I wear a mask a lot but I don’t really believe it does anything.’ I got up and laid into him for about 45 minutes about white male privilege,” she added. “I was like, ‘Only a white male privileged man would think they know better than doctors and scientists.’ So frustrating.”

Joshua Jackson & Pregnant Jodie Turner-Smith Don’t Want to Raise Their Kids in the U.S. For This Reason

Spain: Catalan separatist leaders to get 'up to 15 years in jail'