If you still weren’t convinced the US Republican Party was fine with trying to ferry misogynists, rape apologists and essentially incompetent buffoons into power, allow me to introduce you to Virginia’s Denver Riggleman. 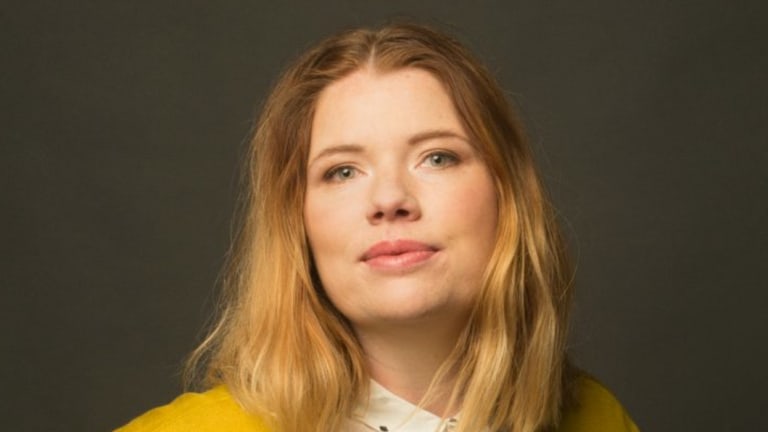 Clementine Ford; “Making girls and women the gatekeepers of men’s sexuality is nothing new.”Credit:Simon Schluter

Riggleman is vying for a congressional win in the upcoming midterms, and as such has been participating in formal debates against his opponent Leslie Cockburn. It was during one of these that Riggleman offered his view on how to reduce the rate of rape and sexual assault.

“As far as what’s going on on campus,” he said, “I think a lot of it comes to educating females, specifically in the fraternities and sororities that they’re a part of.”

Leaving aside for a moment the creep factor of referring to women as ‘females’ (a clear indicator that the speaker either views us as some kind of strange biological mystery, or reaches for far cruder descriptors in private), it is exhausting to once again confront such monumental ignorance in someone who considers themselves not just fit for political office but an asset to it.

"Females" – you know, the ones who suffer the overwhelming majority of sexual assaults – have been educated about How To Avoid Rape since humankind first learned to grunt the sounds, "boys will be boys". At this stage, the only thing we can possibly keep learning is how powerful men will always band together to absolve each other of their sins while continuing to blame us for their temptations.

Even now, when anti-feminists (led by the President of the United States, Donald ‘Grab Em By The Pussy’ Trump) snarl at women that the only victims of sexual violence are the men being viciously targeted by a coordinated witch hunt, we are still instructed to "take responsibility" for our safety. To practice what is patronisingly referred to as common sense in how we choose to move throughout the world, because there are evil monsters out there, and avoiding them is just one more job women are expected to do without complaint. How do we stop monsters? It's an impossible task (apparently) so we had best continue to "educate’" the people they like to eat.

This myth of the evil monster is still held onto so enthusiastically by men like Riggleman as an explanation for women’s continued experience of rape and sexual violence, because reframing both as the stuff of fairytales and fables has always been a convenient way to erase the men overwhelmingly responsible for perpetrating it. It isn’t our sons, brothers, friends, colleagues, teammates and husbands who treat the bodies of women as theirs to conquer and claim! No, it’s those foreboding Shadow Men we need to look out for, the ones who peel out of the walls after the sun has gone down and lie in wait for women who wander foolishly across their path.

We are Red Riding Hoods, skipping our way through the dangerous woods to grandma’s house and ignoring the warnings of wolves issued to us by smarter, more sensible, more male people. Don’t we know how dangerous the world is for us? When will you girls learn?!

But this isn’t even the most sinister of patriarchy’s retelling of sexual violence. Evil monsters might be the stuff of fantasy and myth, but they at least rely on the acknowledgement that a perpetrator of some kind exists. Worse than this is the belief that rape is an unavoidable fact of life, a weather pattern we can’t escape and that we therefore must take due diligence to shield ourselves against. Can anyone else really be blamed if it’s you bloody women who choose to leave the house without an umbrella or a raincoat and get caught in a thunderstorm? Didn’t you see the clouds gathering outside?

It’s in this hypocrisy that the source of my most ferocious anger as a women springs from. That we are constantly directed by men – men like Denver – as to what we must do to avoid sexual assault and yet abused as paranoid, hysterical man-haters when we acknowledge these steps ourselves. Men reserve the right to talk to us about what violence is and who the bad men are, but the moment we wrest control of that narrative back for ourselves, we suffer the consequences. Educate females, the reasoning goes, but don't let them use their voices.

Men can tell us what to wear, what to drink, who to talk to, who to sleep with and how to conduct ourselves and this will never be seen as an absurd act of "misandry" or whatever nonsense word you want to use for women who speak truth about our lives. When women reiterate those same things, we are accused of thinking all men are rapists. We can't win.

–Making girls and women the gatekeepers of men’s sexuality is nothing new. Riggleman is just one more bad voice in a mass choir of tone deaf narcissists who refuse to learn anything about the world they live in despite elevating themselves as experts.