As Scott Morrison faced the world at US President Joe Biden’s online climate summit, it seemed front and centre of his pitch: the adage that all politics is local. But it’s more complicated than that in the Melbourne electorate of Higgins, a rusted-on Liberal seat that is also one of the city’s more progressive.

It is among the toughest territory for the Coalition to find its traditional footing: socially liberal, but economically conservative and straddling the complicated demographics of the city’s past and future. 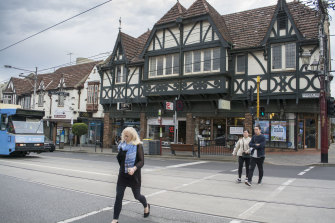 The seat of Higgins takes in suburbs such as Malvern, Glen Iris and Toorak. Credit:Michael Rayner

As Liberal local member Katie Allen told The Age of climate change: “This issue is the most important issue to my electorate almost irrespective of which party they support, and it has been consistently that way since I’ve been elected in May 2019, even throughout COVID.”

Higgins – which contains blue-rinse suburban names like Toorak, Malvern and Glen Iris – has undergone a green change. Recent past MPs Peter Costello and Kelly O’Dwyer had to navigate the shifting inclinations of a conservative heartland that also has two former PMs on its honour roll. The seat delivered us federal treasurer Costello, and prime ministers Harold Holt and John Gorton. It also delivered one of the most decisive verdicts in favour of same-sex marriage in 2017.

Ms Allen, who won the seat despite a 6.1 per cent swing against the Liberal Party in 2019, says her constituents see global action on climate change as being a “hugely important issue for our times”.

She said electorate surveys, even during the pandemic, showed climate as the major issue. Of the Prime Minister’s online speech at President Biden’s summit — an appearance facing criticism for its lack of specific commitment to targets — Ms Allen said voters wanted action rather than promises. 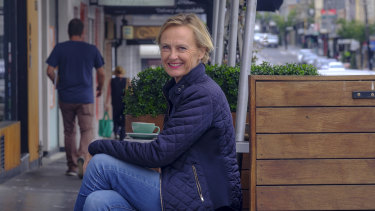 “There will be various differences of opinion about how to do that … it’s not just an environmental imperative, it’s an economic imperative. I think the pragmatics are clearly understood.”

On the streets of Higgins, voters say climate change is a key focus, if not always a defining vote-changer. 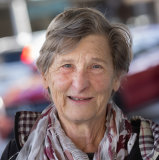 Judith McKenzie, who has lived in the electorate for 50 years and has always voted Liberal, believes Mr Morrison is in touch with the electorate’s views on environmental policy.

“I think he’s moving a bit more … he’s probably being dragged on a bit by Joe Biden and some of the other countries. But I think generally he’s on the right track.”

She said she would not change her lifetime commitment to voting for the Liberal Party on the basis of its climate policy.

“It wouldn’t be a reason to change my vote,” she said. 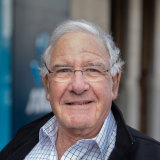 “I don’t necessarily agree with the Liberal Party all the time but there are plenty of things worse.”

Philip Burman, a long-time Higgins resident and Liberal voter, said he supported climate change action, but did not believe Australia should step ahead of the world.

“I’m definitely not a denier … [but] we’ve got to look at alternatives,” Mr Burman said.

“Coal, it’s a good earner for Australia but we’ve got to find better alternatives for it.” 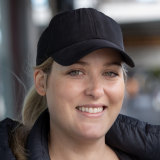 Emily Sexton, 35 and a mother of two, is a Higgins Liberal voter who was raised in the green capital of Byron Bay in NSW and wants action on climate change.

“On my 21st birthday, we did a Wilderness Society fundraiser … so it does matter to me. But there does have to be an economically sustainable way of moving forward without impinging too much on people’s lifestyles,” she said.

“I am a big green supporter. We’ve only got one world and one planet, we’ve got to look after it. I do have a very sustainable mindset about the future.”

Ms Allen said the debate in Higgins – and globally – often took account of different audiences but suggested Australia would likely follow the lead of the Biden administration on climate policy.

“I would be surprised if we don’t closely align ourselves going forward with the way the US is moving.”

Ben Affleck Recalls 'Bad Experience' with Marijuana at 15: 'I Had a Dissociative Panic Attack'