A Colorado man sprang into action in order to save his dog’s life, fighting with a mountain lion that had attacked his pet.

Gene Whannel of Estes Park told FOX31 in Denver that he’s used to encountering wildlife in his backyard, which borders public land. But when he took his 9-year-old boxer Sadie out early one day last week, they encountered a mountain lion that nearly killed the dog.

Whannel scanned the hill by his property with a flashlight, looking for the reflection of any predators’ eyes, before letting Sadie off her leash. But he knew something was wrong when he heard his dog whimper. 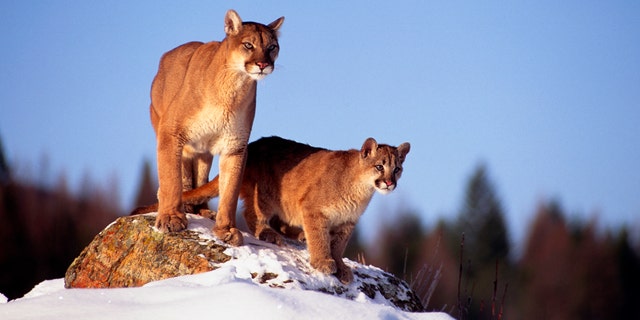 A Colorado man sprang into action in order to save his dog’s life, fighting with a mountain lion that had attacked his pet. (iStock)

ALASKA WOMAN VISITS OUTHOUSE, BEAR TAKES A BITE OUT OF HER BACKSIDE: REPORT

“I got the light on her, saw that she was in a wrestling match with something,” he told FOX31. “From a distance I couldn’t tell what it was, but my suspicion was a mountain lion.”

He was right, and searched for a rock or a stick he could use to fight off the animal. All he found was a small wooden property marker, according to the report.

“I picked that up, hit the mountain lion once and it kind of made eye contact with me,” Whannel told the TV station. “I took another whack at it and hit it in the face. Then the mountain lion released Sadie and ran the other way.” 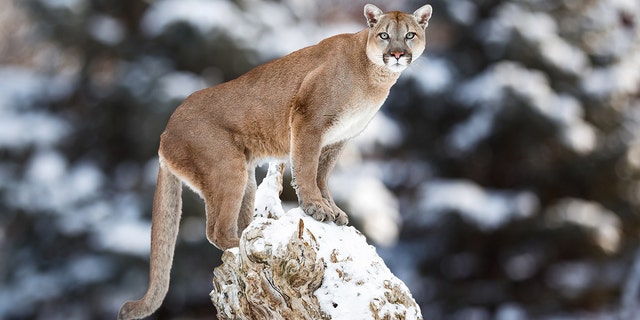 Colorado Parks and Wildlife advises residents in mountain lion country to avoid walking pets between dusk and dawn, keep pets leashed and to not leave them unattended.
(iStock)

Sadie lost an eye in the attack and received more than 70 stitches during a three-hour surgery, according to the report.

Not every pet that encounters a mountain lion is so fortunate. Just a few days later, a mountain lion killed another dog in the same town, according to another FOX31 report.

“Although mountain lion attacks on dogs in Estes Park do not occur often, Estes Park is mountain lion country and these incidents can happen,” Colorado Parks and Wildlife spokesperson Jason Clay told the TV station.

In order to protect pets, Colorado Parks and Wildlife advises residents to avoid walking pets between dusk and dawn, keep pets leashed, accompany them while out in the yard, and not leave them unattended.

Whannel told FOX31 he wants other pet owners in the area to be aware of the danger.

“I’ll never let Sadie out in the yard without a leash,” he said.

Reddit doubles valuation to $6B amid WallStreetBets, GameStop frenzy

Bronze Age Brits made keepsakes out of dead relatives' bones

Social media influencers share the truth behind their pictures