The Duchess of Cambridge is a life force, but this painting is as dead as a dodo. She’s been turned into a frumpy, inanimate doll, says respected art critic A.N. WILSON

The Duchess of Cambridge is a life force, and this painting is dead as the dodo. It has reduced an animated human being to the status of a dummy; a beautiful woman to a strangely boring doll.

The real Duchess of Cambridge cheers everyone up with her radiant smile.

However the figure in this painting is wistful, slightly petulant and actually unrecognisable as Our Kate. It has also made her body a rather weird shape inside the glossy green dress.

It is said that the camera never lies, but to my mind this painting reveals how untrue that is. 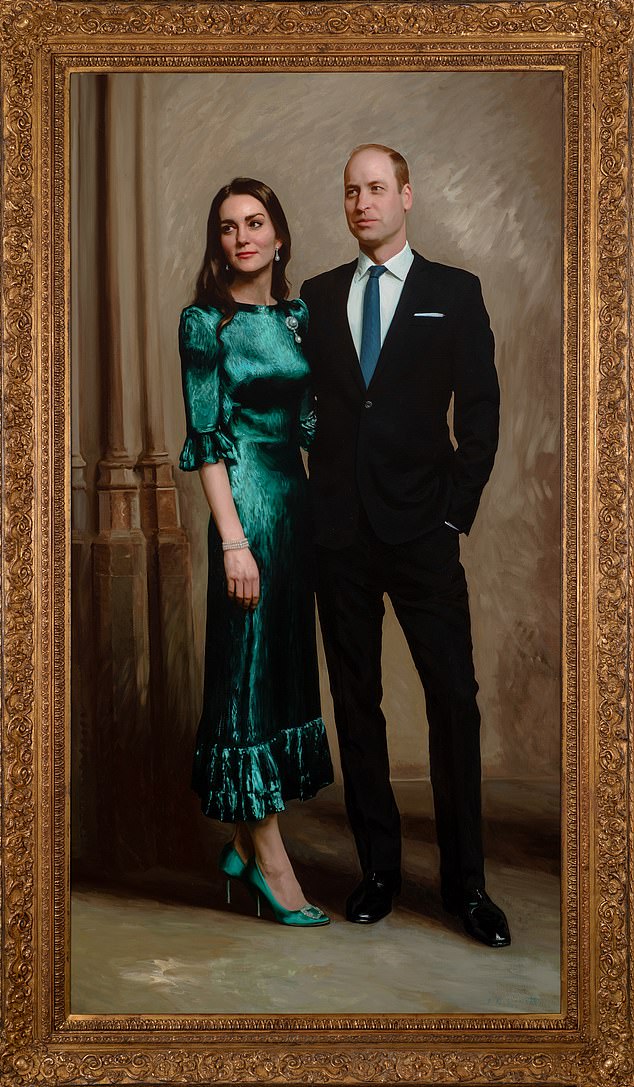 I have no idea whether the artist worked from life studies – although given the busy schedules of the Duke and Duchess of Cambridge, I rather doubt it for the impression is of a painful over-dependency on photographs.

In his attempt to convey absolute photographic accuracy, the artist has managed to make both the figures completely lifeless.

A good portraitist – whether a photographer, or a painter, sees into the life of his subject.

Over the last few years, while the Queen and the Prince of Wales become older, there has been the danger that we should begin to think of the monarchy itself as on its last legs, a much-loved but essentially ageing institution, belonging to the past and having little to say to or about the young world which is coming into being.

Image and image-making is vitally important in the business of defining monarchy, and of selling it to the world as an idea.

Prince Albert long ago recognized this when, as the charming and breathtakingly good-looking husband of Queen Victoria, he pioneered and publicised all sorts of images of the young Royal Family. 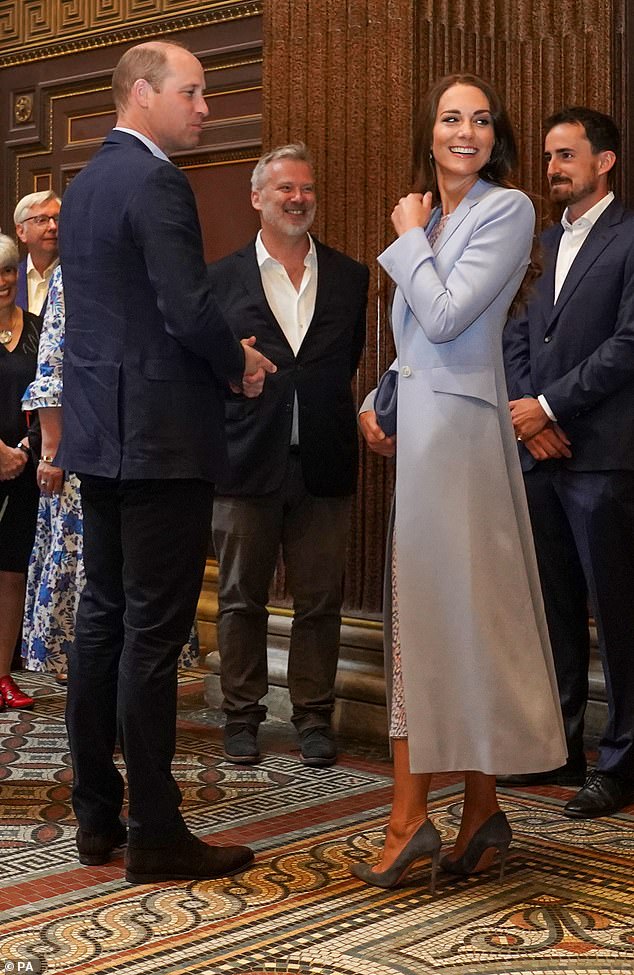 Pictured: The Duke and Duchess of Cambridge visiting the Fitzwilliam Museum, Cambridge, to view the painted portrait of themselves as its revealed to the public for the first time

These included a whole series of beautiful paintings, but also photographs and etchings. For the first time in history, the Royal Family – not just the institutional Crown – became the focus of a constitutional monarchy. Kate Middleton understands this vitally important ingredient in the royal story.

Unlike the republics of the world, our constitutional monarchy is a system with a human face – or rather a whole series of faces, from the very old to the tiny children. That is why the art of painting, alongside the many photographic images of Prince William and his family, plays such an important role in the story.

These are not just snaps, designed to jazz up a newspaper. They are part of the story we tell about ourselves as a nation. 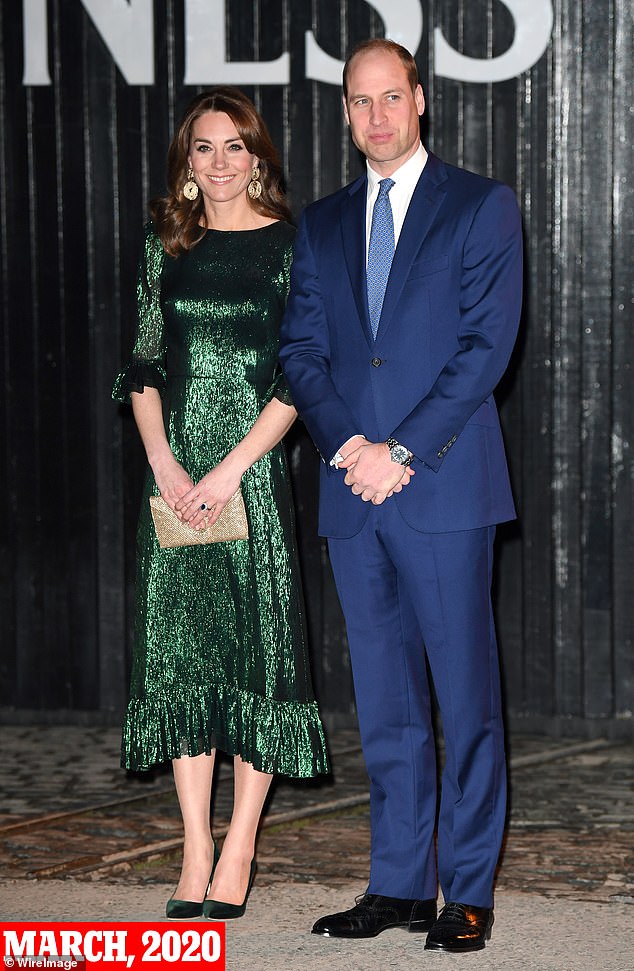 A.N. WILSON: ‘The real Duchess of Cambridge cheers everyone up with her radiant smile. However the figure in this painting is wistful, slightly petulant and actually unrecognisable as Our Kate. It has also made her body a rather weird shape inside the glossy green dress’

Yes, we have a venerable old past, embodied in the great ceremonies of State and in the revered person of our great Queen.

But we are also a national group of amazingly diverse people with a merry, optimistic eye on the future.

This is what The Duchess of Cambridge conveys so warmly, and so cheerfully.

She deserves better than this frumpy, inanimate, rather sulky version of her. There are many good portrait painters, many of them young, at work in Britain at the moment, as is revealed each year by the competition organised by the National Portrait Gallery.

While the Cambridge family are certainly all still young and beautiful, they should be commissioning some good art to immortalize them.

This would not just be an act of vanity. It would be a proclamation to the world, and to future generations, of why we pin our hopes on them for a continuation of the constitutional monarchy.

Oscar Host Wanda Sykes Won’t Be Roasting Anyone During the Show, but She Is Bringing an Airhorn

Covid rules are set to be extended