Denmark’s Crown Princess Mary dazzled in Dolce & Gababana today as she attended an annual awards event to celebrate leading researchers from around the country.

The mother-of-four, 47, teamed a round-neck crimson ‘Cady’ dress, worth around £1,000, with a sweeping grey coat as she stepped out in nude heels in Copenhagen.

Oozing effortless glamour, the mother-of-four was accompanied by her son Prince Vincent, eight, as she arrived at Copenhagen’s Opera by boat.

The royal was there to present the EliteForsk prizes at The Ministry of Education and Research’s annual awards. 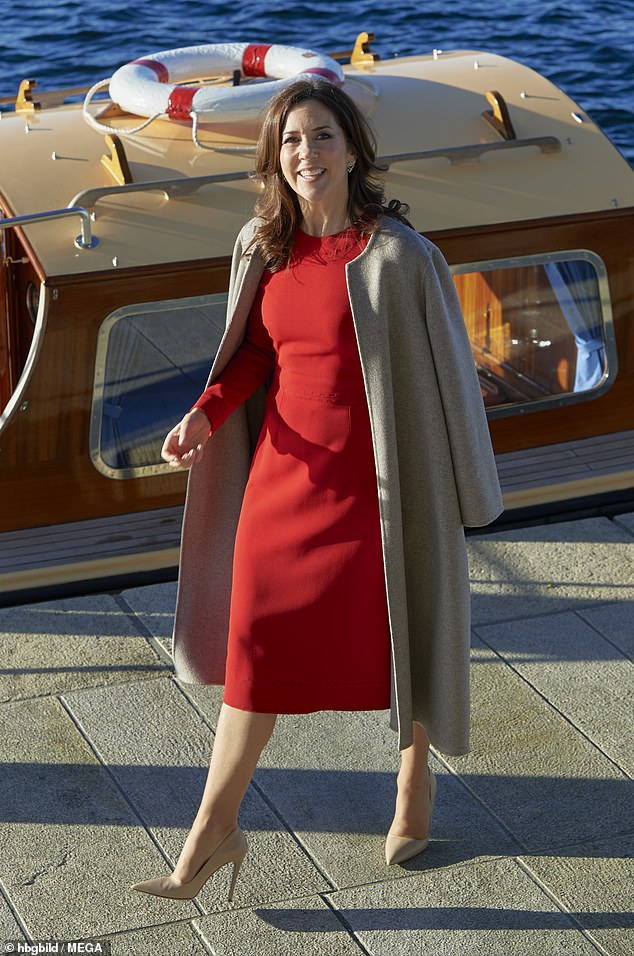 Denmark’s Crown Princess Mary, 47, appeared regal as she stepped out for an awards ceremony at The Opera in Copenhagen on Thursday 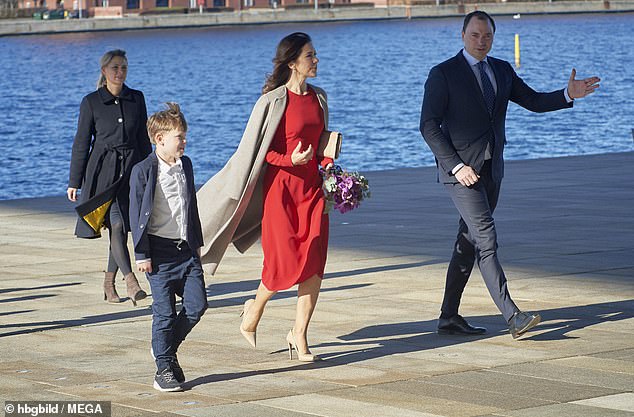 Wearing minimal make-up, Mary wore her hair in loose curls with a side-parting, the Danish Royal beamed as she arrived at the event on a Royal boat from Amalienborg Palace.

The EliteForsk awards shows recognition to those who are leading in their research fields and aims to create awareness of the research taking place in Denmark.

The EliteForsk Prize was first awarded in 2007, this year five of Denmark’s best younger researchers under age 45 were given tributes. 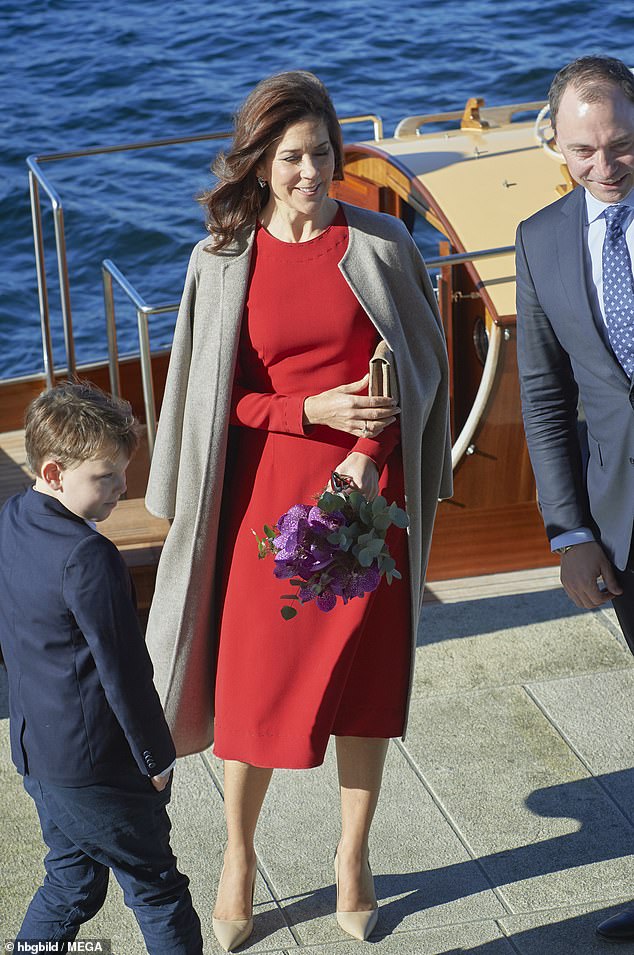 The mother-of-four who is married to the heir apparent to the throne was joined by her son Vincent, eight, as they stepped of a Royal boat from Amalienborg Palace 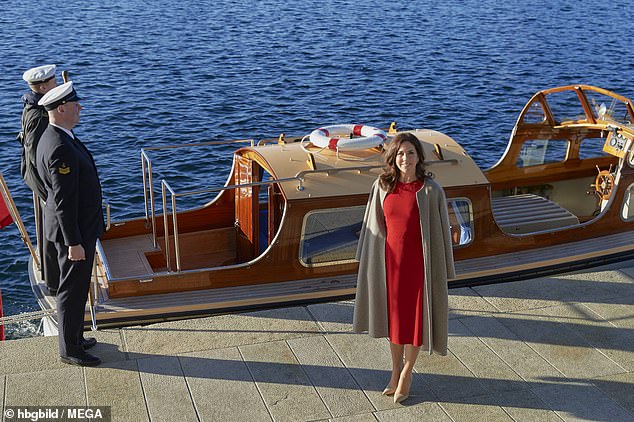 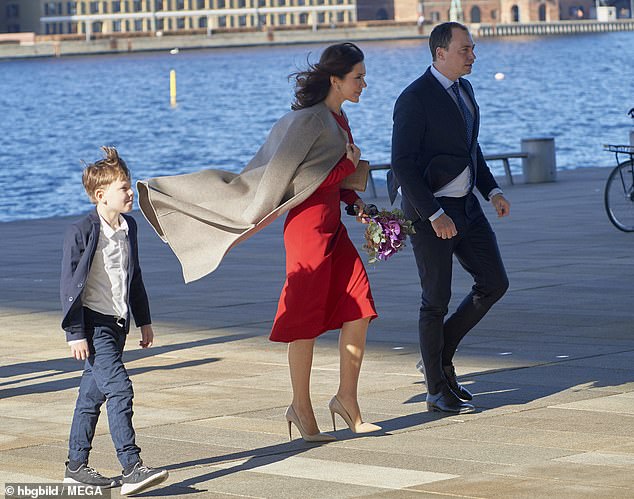 Mary who was born is Tasmania, first met Prince Frederik who is the heir apparent to the Danish throne at a bar in Sydney during the 2000 Olympics.