Crown Princess Victoria of Sweden has shared a sweet video of her making Christmas decorations with her two children Oscar and Estelle.

Victoria shared the delightful clip on the Swedish royals’ official Instagram with the caption: ‘Here’s a Christmas greeting from Haga Palace.’

It was filmed at an arts and crafts table set up at their home of Haga Palace in Stockholm. 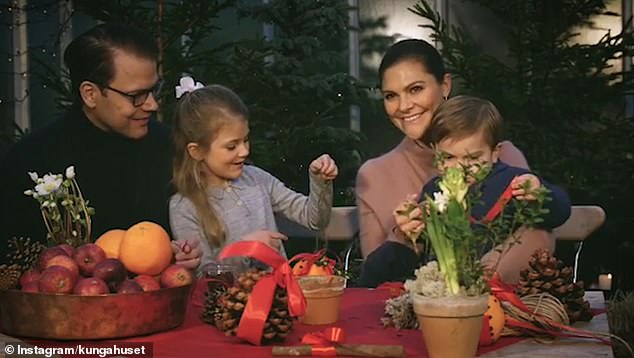 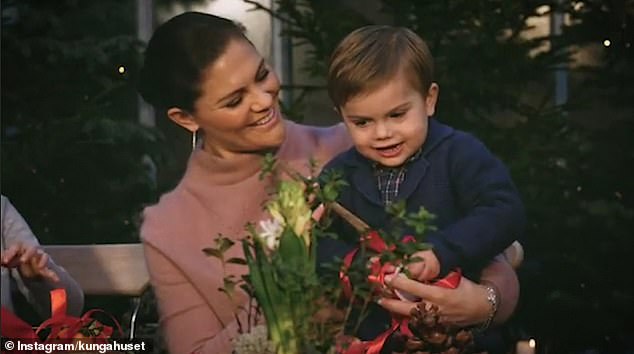 Victoria beams with joy as she helps her son Prince Oscar, two, tie ribbon around some cinnamon sticks

The clip shows Oscar helping his mother, 41, decorate an orange as Princess Estelle finishes up tying a ribbon around a handmade wreath.

The adorable Estelle shows off her handiwork by holding up the wreath, which her father proudly hangs up in the greenhouse where they are working.

Victoria is left beaming with joy as her adorable son plays with a mass of ribbon and attempts to play it on top of a plant. 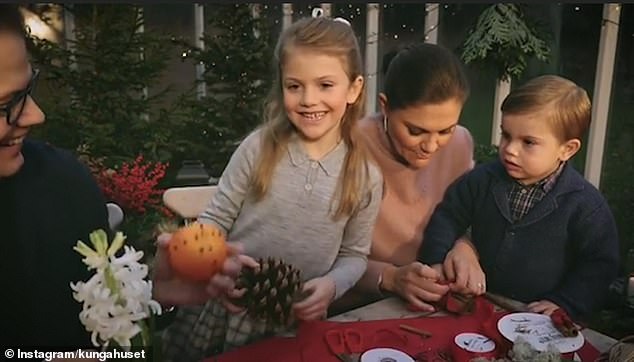 Princess Estelle, centre, helps her father decorate an orange as they laugh and joke together. In the clip, Victoria wears minimal makeup and her hair in a simple bun

The whole family can’t stop grinning and at one point Victoria affectionately strokes her daughter’s face.

The video gives a glimpse into family life in the palace, with Victoria wearing minimal makeup and her hair scraped back in a simple bun. 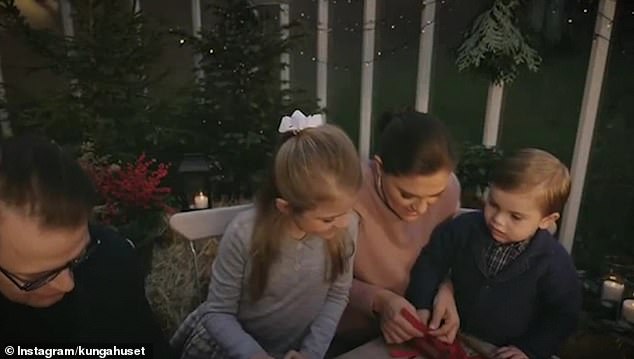 The Swedish royals regularly share snaps of the children on their Instagram page. Last Christmas, the pair posted a video of the family sledding at the Haga palace in Stockholm

Estelle was wearing a crown of candles on her head to light the way during the winter solstice, the shortest day of the year.

In December last year, they posted a video of the family sledding together in the grounds of the Haga palace in Stockholm.