An Ed Sheeran lookalike has revealed he is constantly stopped by groupies and eager fans trying to take pictures of him because of his similarities to the singer.

Brandon Geisha, 24, from Little Oakley, Essex, is almost a dead ringer for the 29-year-old British pop star, who is best known for number one hits including Shape Of You, Thinking Out Loud, and Perfect.

The welder and fabricator has now revealed how he is stopped almost daily by strangers who comment on his likeness to the singer, and even ask him for selfies.

Brandon has even spotted people trying to snap a sneaky photo of him from a distance, mistaking him for his celebrity doppelganger, revealing: ‘I find it quite funny when they ask if they can have a picture with me – or if I see someone from a distance who’s clearly taking a picture on their phone.’

Brandon Geisha, 24, from Little Oakley, Essex, is almost a dead ringer for the 29-year-old British Pop star Ed Sheeran, best known for number one hits including Shape Of You, Thinking Out Loud, and Perfect (left, Brandon, and right Ed Sheeran) 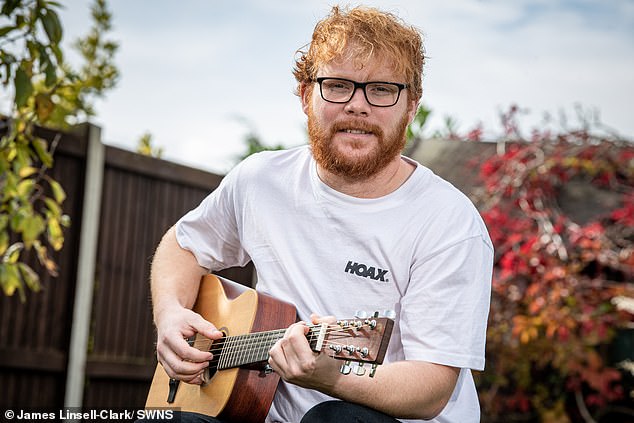 Just like Ed, Brandon also plays the guitar – and his parents live in Iken, Suffolk, just ten miles from where Ed Sheeran grew up in Framlingham.

Brandon explained: ‘He got big when I was in school – so I’ve been getting comments about it for years.

‘But as I got older I’ve now grown a beard, so I look even more like him.’

Brandon, who works as a welder and fabricator, said: ‘People tell me I look like Ed all the time, pretty much daily. 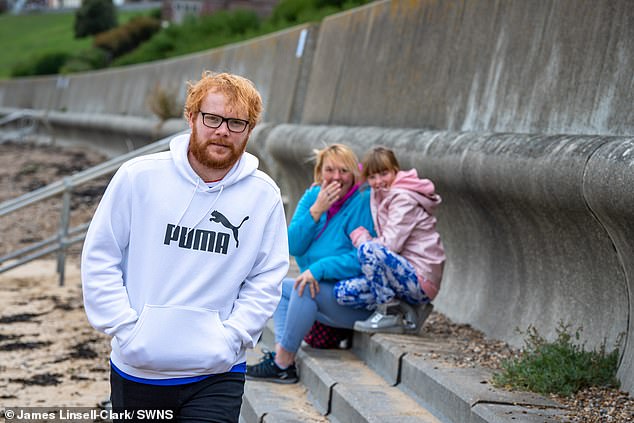 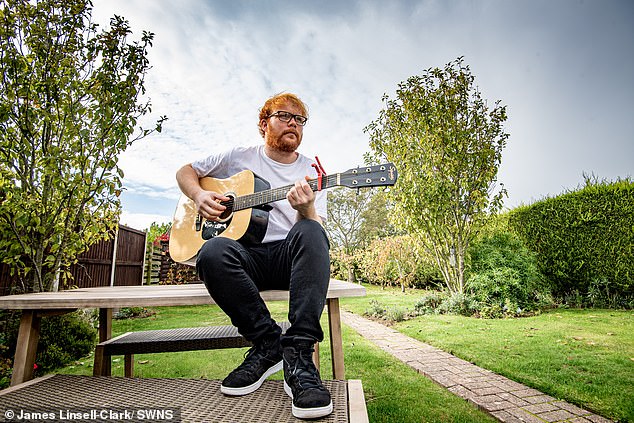 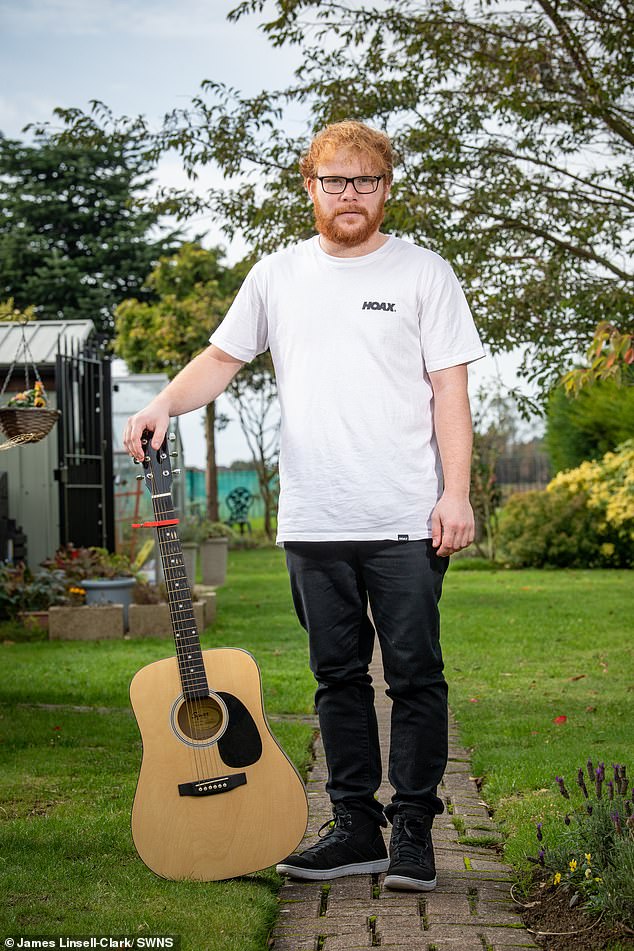 Brandon explained he also plays guitar, but confessed he ‘cannot sing’ otherwise he could ‘try and earn some money as a tribute act’ 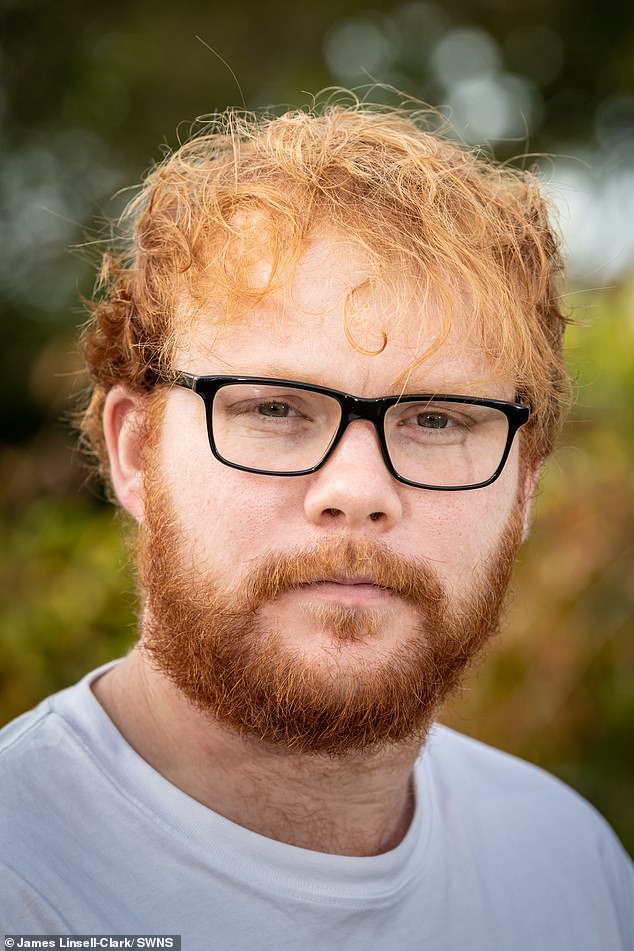 With his light ginger hair, soft complexion and rugged beard, Brandon said he is mistaken for the famous popstar almost daily 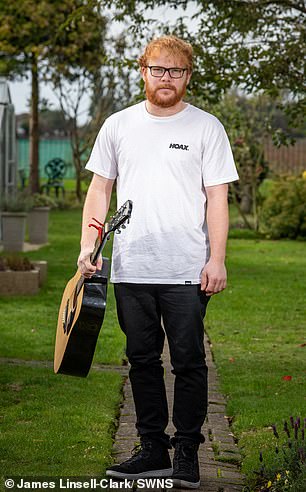 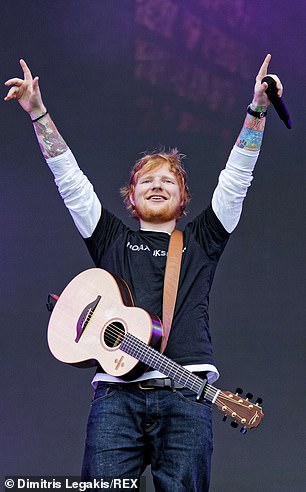 Brandon, left, even had a chance encounter with the singer (pictured in 2018, right) in Amsterdam in 2017 and said Sheeran himself appeared shocked by how similar they looked

Meanwhile he admitted he has often been left amused after eager fans tried to snap pictures of him in the street.

He explained: ‘I find it quite funny when they ask if they can have a picture with me – or if I see someone from a distance who’s clearly taking a picture on their phone.

‘I don’t really mind – nobody means any harm or offence.

‘I like his music – I’ve seen him live a couple of times. There are worse people to look like, so I can’t complain.’ 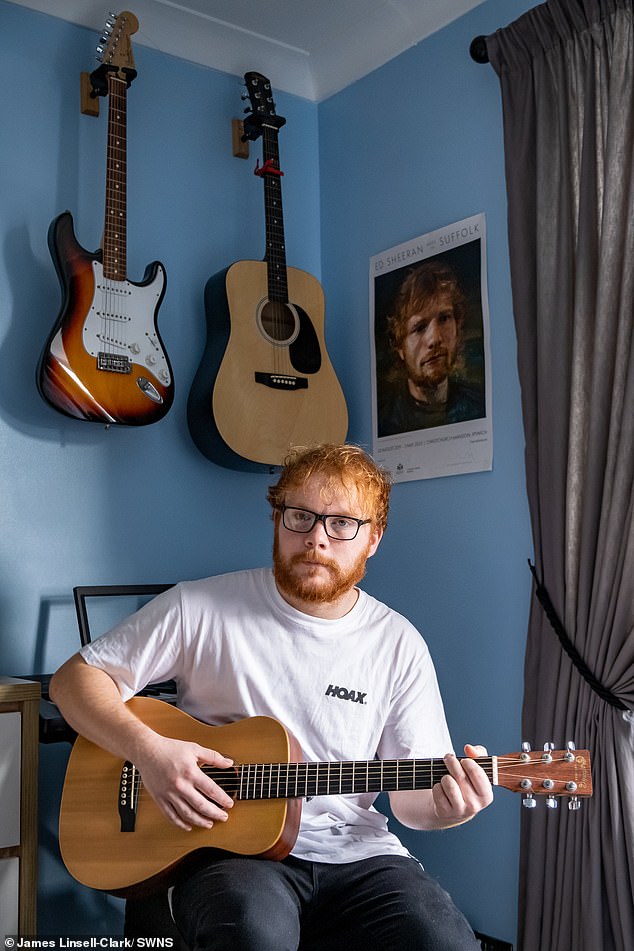 Brandon said he liked Ed Sheeran’s music and had even seen him perform live several times. He added there were worst people that one could be compared to 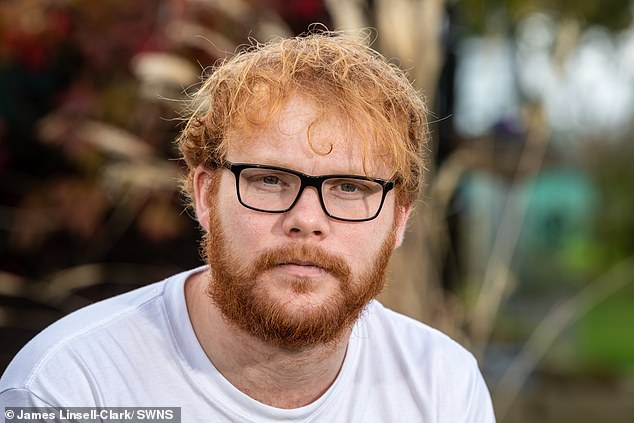 The 24-year-old said people stopped him in the street to tell him he looked like the singer, and eager fans have even tried to snap his picture 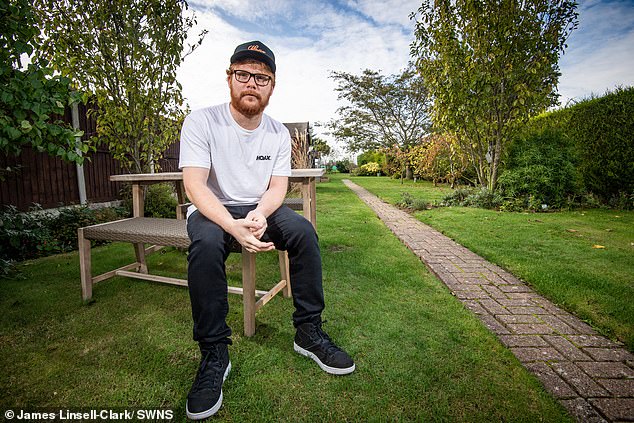 Meanwhile Brandon’s parents live in Suffolk, just ten miles away from the town Ed Sheeran grew up in Framlingham 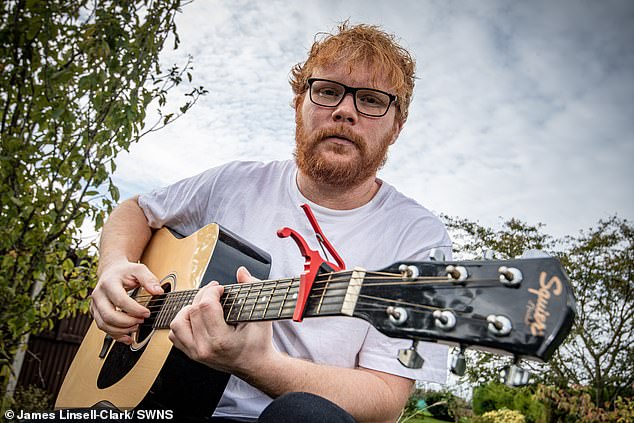 Brandon loves to play the guitar, and said he would start an Ed Sheeran tribute act if he could sing

And Brandon even had a chance encounter with his lookalike when he was on holiday in Amsterdam in 2017.

He said: ‘It was so random. I just walked round a corner basically and there he was.’

Brandon explained that Ed seemed stunned by how similar they looked, revealing: ‘I managed to grab a quick word with him and ask for a photo – and even he was a bit surprised, and said something about the likeness between us.

‘Then he got whisked away by his management, so it’s a shame we didn’t get to chat more.’

Brandon plays the guitar and the piano – but joked: ‘I just wish I could sing – otherwise I’d try and earn some money as a tribute act.’ 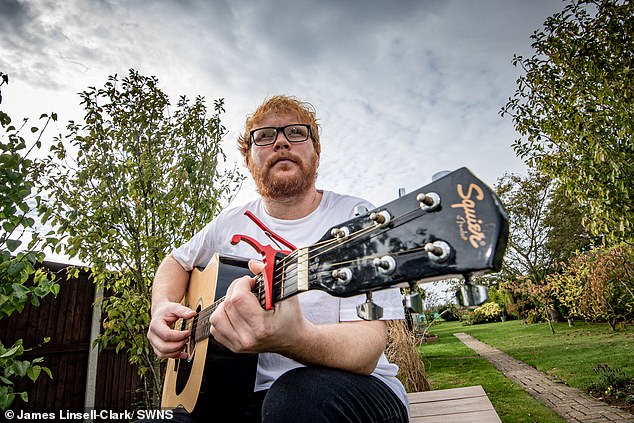 While Brandon plays guitar like the singer of ‘Thinking Out Loud’ and ‘Shape of You,’ he confessed he ‘can’t sing’ 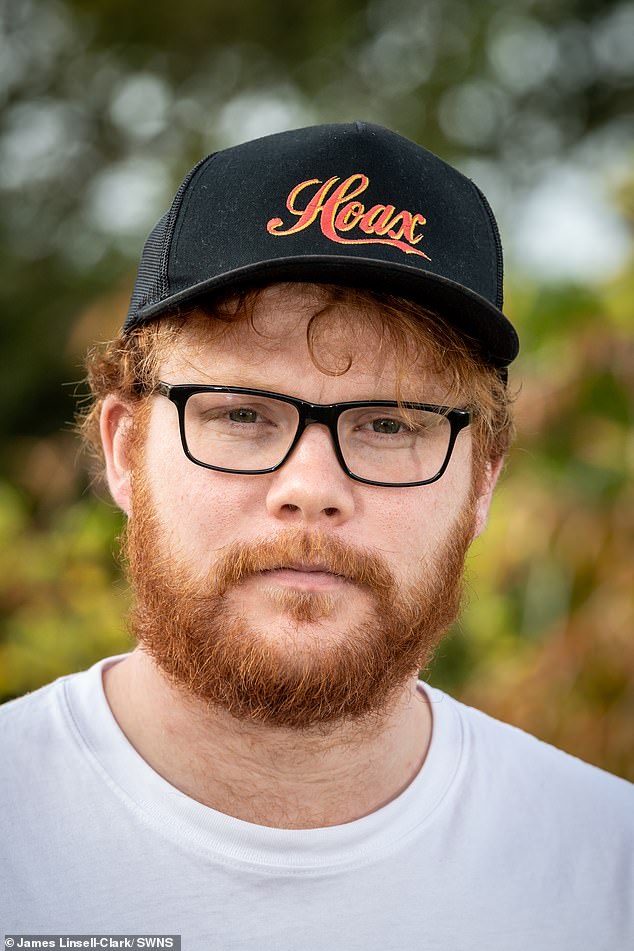 As well as his red hair and beard, Brandon also sports a similar style of glasses to the singer’s frames

Jay-Z Sent Rolex Watches as VIP Invites to His Gala

12 Gorgeous Throwback Photos of Judy Garland in Her Prime