Australia's former sweetheart Deborah Hutton has become embroiled in another scandal involving her private life after her latest boyfriend, Bondi celebrity meditation guru Andrew Marsh was caught with cocaine and charged with assault. 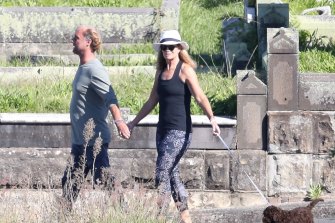 Marsh, 50, was refused bail at Waverley Local Court and is also the subject of an interim apprehended domestic violence order for the protection of his estranged wife Holly Marsh. In happier times the couple had featured prominently on Marsh's Instagram feed two years ago.

But Marsh was ordered not to assault or threaten his former wife, stalk, harass or intimidate her or intentionally or recklessly destroy or damage any property that belongs to her or is in her possession.

"Contrary to various media reports, Andrew Marsh is not living with me – I consider him a very dear friend and in what has been an incredibly challenging year for Andrew, I offered him my full support during the breakdown of his marriage as he had nowhere to go," Hutton, 58, said in a statement to the Herald.

"This is totally out of character for him and I’m shocked at what has unfolded over the last few days and hope that Andrew is able to receive the help he clearly needs."

Marsh is also prohibited from approaching his wife, or contacting her in any way unless through a lawyer.

He is also banned from going within 100 metres of his former marital home, or any place Holly Marsh resides or works.

PS wrote about Marsh and image-conscious Hutton embarking on a relationship in May, though neither would be drawn on the subject when contacted, despite Marsh regularly appearing on Hutton's social media feed.

Curiously photos of Hutton with Marsh, which were taken over a period of days and included the pair laughing, sipping wine on Hutton's balcony and walking holding hands miraculously disappeared after being published by the Daily Mail and Woman's Day.

Hutton was said to be less than pleased with the exposure the budding romance generated, which came just 18 months after her former boyfriend Robert Dulhunty was slapped with an AVO after planting a bag of condoms and restraints as part of an elaborate kidnapping hoax inside the multimillion-dollar home he had shared with the former model in Bronte. 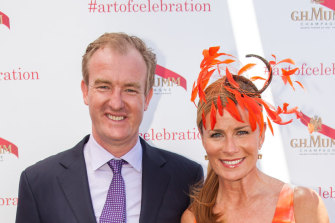 According to News Corp, Waverley Local Court heard on Tuesday there was a “very strong prosecution case” against Marsh, who allegedly entered a home in Sydney on Monday morning scaring the two occupants so much that one thought “she is going to die”.

“The victims your honour are so scared when they find the accused is in the house they hide in the cupboard and attempt to find help,” the prosecution told the court.

“Putting one victim in a choke-hold, she states to police this makes her think she is going to die.”

Marsh’s court papers listed Hutton’s Bronte home as his address, however; the prosecution told magistrate Jacqueline Trad he was homeless and sleeping in his car.

Marsh pleaded not guilty to two counts of common assault and one count of intentionally choking a person without consent following the alleged events which began at 9.05am on Monday.

He pleaded guilty to a charge of cocaine possession.

The court was told there is a “very strong” prosecution case while Ms Trad refused Marsh bail, saying the allegations were of "considerable concern".

The case will next be mentioned in court on January 28.

Queen Elizabeth Just Nailed One Of The Hottest Spring Trends

A380 superjumbo could be permanently retired over low demand

Kelly Dodd Confirms: I’m Back on The Real Housewives of Orange County!