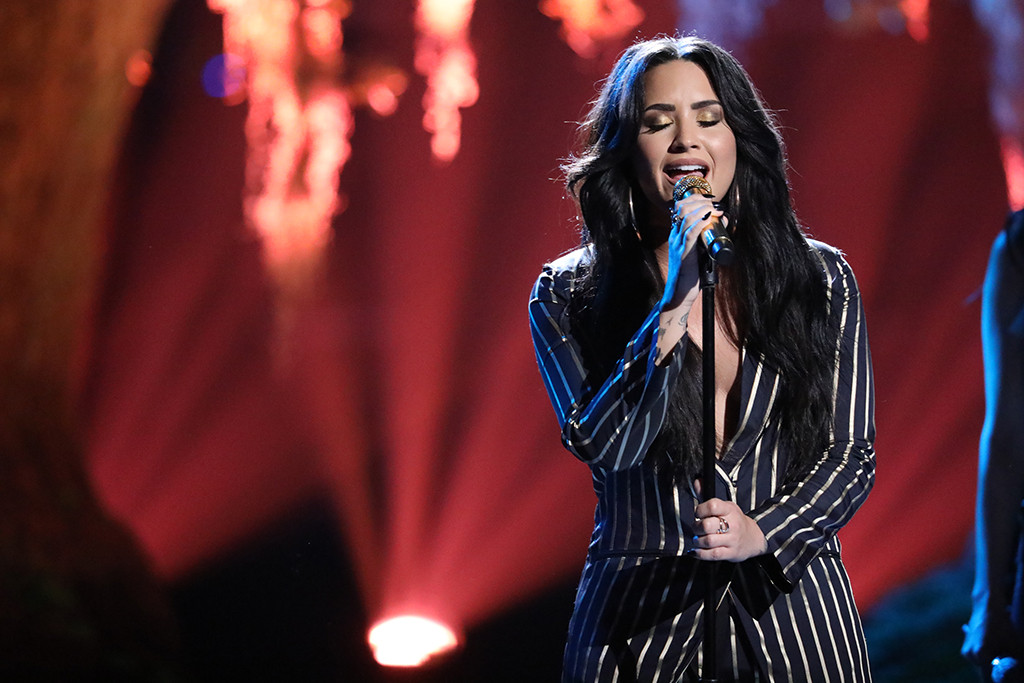 Demi Lovato‘s concert in Atlantic City has been canceled.

In the wake of her hospitalization Tuesday, Live Nation told E! News she has withdrawn from Thursday night’s performance. “Tickets will be valid to attend the Lauv performance on July 26 along with The Chainsmokers show on July 29 as part of the Atlantic City BeachFest Concert Series,” a spokesman announced. “Refunds are also available at point of purchase if preferred.”

Lovato had been scheduled to take the stage at 9:15 p.m.

The pop star wrapped the third leg of her Tell Me You Love Me World Tour Sunday in Paso Robles, Calif. “She literally seemed so happy on stage,” a concertgoer told E! News. “She was her goofy self up there.” During the set, Lovato performed her current single, “Sober,” where she briefly stumbled. “F–k, I forgot the words,” Lovato said, as seen in Jeanette Serrano‘s video.

(Lovato’s appearance on Fox’s Beat Shazam, filmed in December 2017, was also canceled Tuesday; a spokesperson for Fox Broadcasting Company announced the episode would be replaced with another episode, telling E! News, “Our thoughts go out to Demi and her family.”)

The singer’s camp confirmed her hospitalization earlier Tuesday. “Demi is awake and with her family who want to express thanks to everyone for the love, prayers and support,” a rep told E! News. “Some of the information being reported is incorrect and they respectfully ask for privacy and not speculation as her health and recovery is the most important thing right now.”

The Los Angeles Police Department confirmed earlier that officers had responded to a call at 11:39 a.m. to a home on the 8000 block of Laurel View Drive in the Hollywood Hills for a female victim of a possible overdose. Lovato has previously admitted to suffering with drug addiction. But, per a source, the cause was not a heroin overdose, as previously reported by other outlets.

Reflecting on her struggles in a YouTube documentary last year, the “Sorry Not Sorry” singer said, “I was using while I had a sober companion, and I went through like 20 sober companions. I was either craving drugs or on drugs. I was not easy to work with. It’s embarrassing to look back at the person I was.” Mike Bayer, Lovato’s personal-development coach at the time, said he noticed a shift in the singer after her management team threatened to fire her if she didn’t get clean. “The most important fear to Demi is losing people—losing people who she cares about and who love her,” Bayer said in Simply Complicated. “That’s the most important thing to Demi.”

The Trend I've Feared the Most Is About to Blow Up

Gorillas will limit the amount of relationships they form, study suggests