Home » Lifestyle » Denise Richards: Why My Eyes Were Bloodshot During ‘RHOBH’ Reunion

As spotted by Comments by Bravo, a fan questioned the 49-year-old reality star in the comments section of an unrelated Instagram post. “Why were your eyes so blood[shot] red at the reunion?!” the social media user asked on Thursday, September 3.

Denise then gave a lengthy explanation for the issue. “I am allergic to powder, I’ve tried so many. I hate it,” she replied. “As soon as it’s used on my face, my eyes get bright red immediately. And my nose runs (so lovely) At first drops help, but as the day goes on, nothing does.” 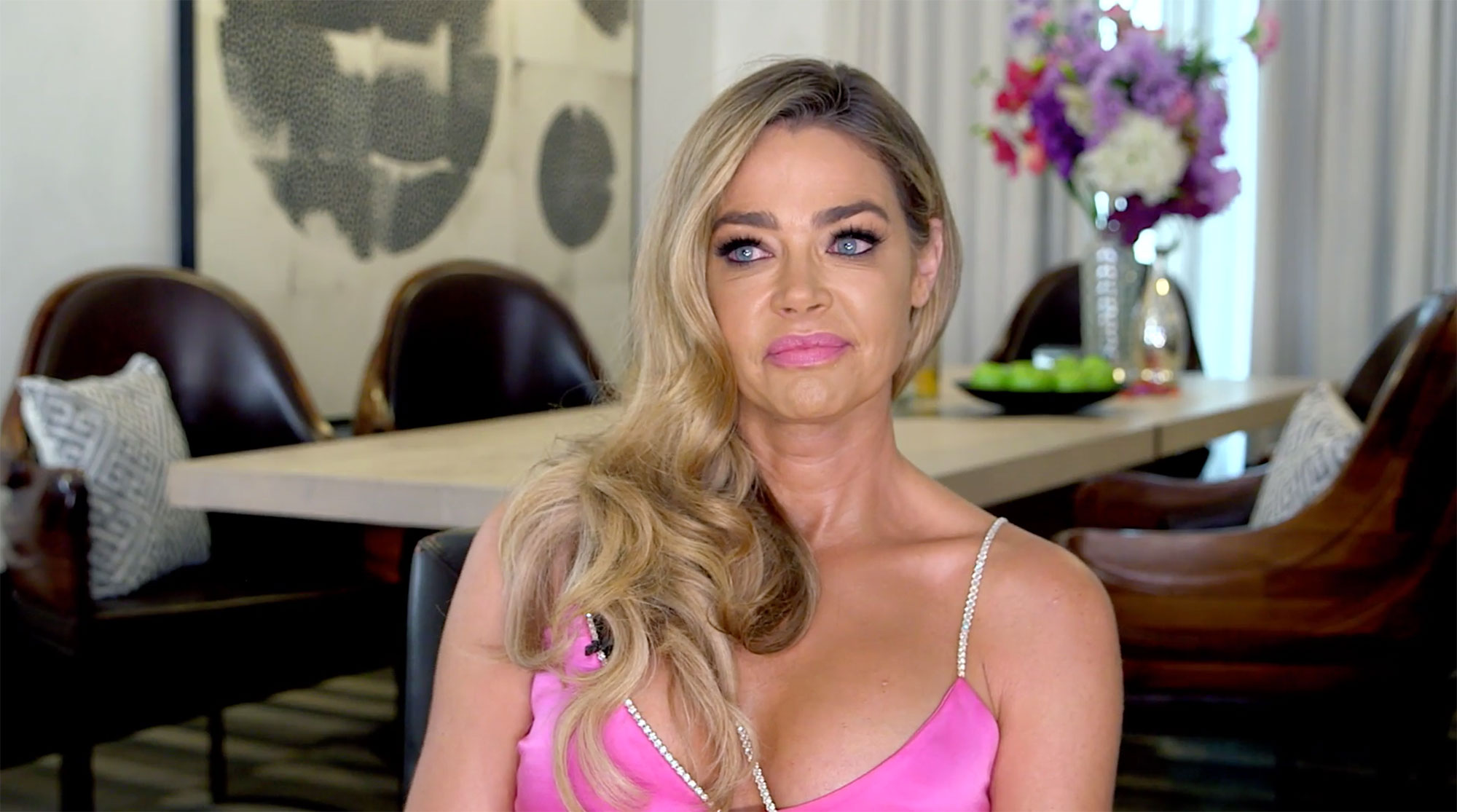 Denise or Brandi? ‘RHOBH’ Stars Reveal Who They Believe

The actress then asked her Instagram followers for recommendations. “If anyone knows of a make up [sic] powder that could help please please let me know,” she wrote. “On this production in Spain they even had to switch to cream shadows and blotting paper. Any make up [sic] artist that has worked with me & still works with me knows this about me & we would love any input on this.”

Part 1 of the reunion aired on Wednesday, September 2, and Denise found herself in the middle of an argument about shady tweets she “liked.”

Real Housewives’ Plastic Surgery: Before and After

“Have you seen how the fans have come at us?” Lisa Rinna inquired of her costar. “I hope you have.”

Denise, in turn, claimed that she only “liked” a post in which a fan demanded that Bravo fire Lisa, 57, and Erika Jayne because the tweet called out the Chicago star, 49. “Lisa, that’s not true,” Denise said. “The tweet that I ‘liked’ was in reference to Erika. … That’s the truth. I deleted it right away.”

Lisa then alleged that Denise “unliked” the tweet because Bravo made her. “Denise, you ‘liked’ the tweet, and in ‘liking’ the tweet, it says everything,” the Melrose Place alum retorted. “And again, you did it in a public forum. You ‘liked’ a tweet like that that was so vile and so nasty, you knew exactly what you were doing. Don’t you f–k around and lie to me about that.”