Former Disney World performer claims job left her with PTSD and an eating disorder – as she reveals strict rules they had to follow, including actors being FIRED if they spoke to guests in any language but English

A former Disney World cast member is lifting the lid on what it’s really like to work at the theme park, saying character actors can be fired for just speaking another language to guests.

Jessica Tremmel, 32, from Florida, played Lady Tremaine — Cinderella’s stepmother — at the resort, and while she no longer works there, she has been opening up about her experience in a series of TikTok videos.

The retired dancer, who claims to suffer from body dysmorphia and post-traumatic stress disorder from her time at Disney, went viral earlier this month when she dished about the characters only being allowed to speak English. 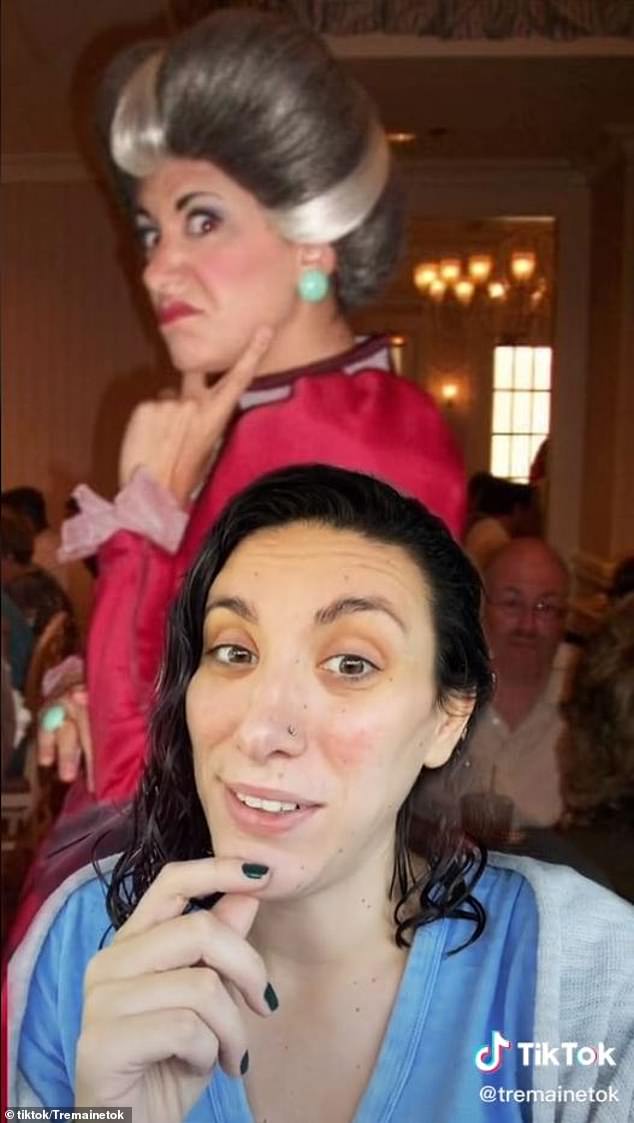 Keeping it real: Jessica Tremmel, 32, from Florida, has been opening up about her experience working as a character actor at Disney World in a series of candid TikTok videos

Jessica admitted that she used to secretly speak Spanish and French to guests whose native language isn’t English, despite it being a ‘big no-no.’

‘If I had been caught, that is a big reprimand and potentially getting fired,’ she said. ‘But I loved going up to tables of people who didn’t speak English and surprising them with the fact that I spoke their language.’

The video has been viewed more than 1.3 million times, and viewers had plenty of questions for the former Disney character actress.

One person insisted that Lady Tremaine should at least speak French, considering Cinderella takes place in France, and Jessica agreed.

‘It would only make sense for those characters to at least understand French,’ she said in a follow-up clip. ‘That being said, it’s very hard to cast actors in the U.S. who speak French.’

If someone spoke French to her while she was in character and she understood, she was free to respond in English, but she noted that rarely happened.

‘Most people don’t just speak their own native language to somebody they assume does not speak their language,’ she said. ‘So the French speakers wouldn’t just start speaking French to me. They all assumed that I didn’t speak French.’

The actress explained in another video that the language rule has been put in place to preserve ‘character integrity’ throughout the parks. If one Lady Tremaine spoke French, they would all have to.

‘I fully know what I did was against the rules, and it has to do with character integrity,’ she said. ‘I got to a point where I thought the benefit to the guest was greater than the risk.’

Luckily, she never got caught, but she is aware that she would have a harder time getting away with today.

‘Back then videotaping characters was not as much of a thing,’ she explained. ‘I wasn’t really worried about somebody taking a video and it ending up on YouTube. So as long as there weren’t any managers around, I could say whatever I wanted.’

She noted that this language rule only applies to American Disney parks, which didn’t make sense to her. 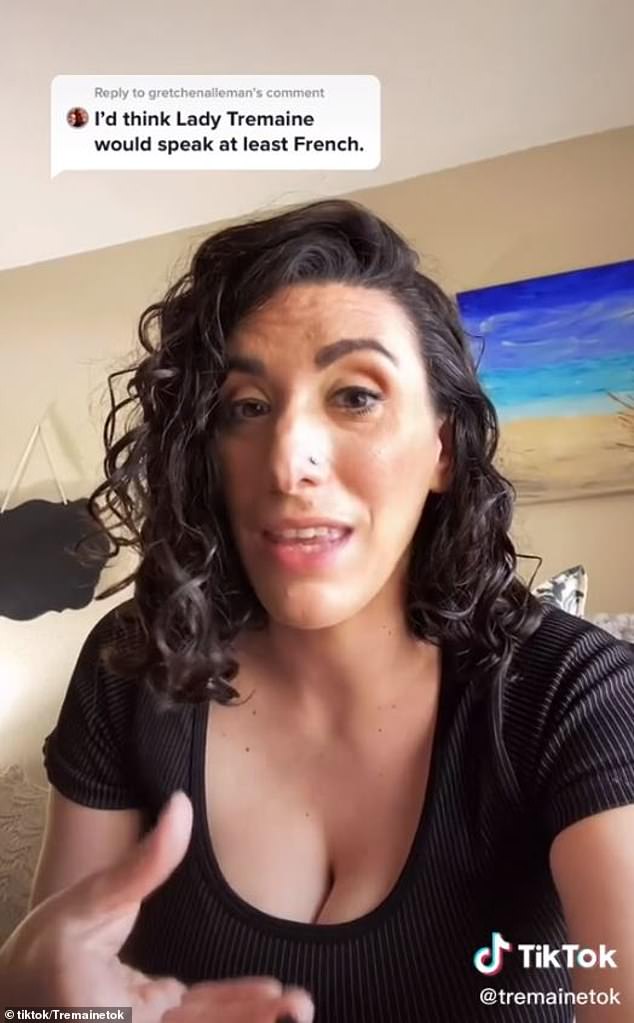 Wild: Jessica admitted that she would secretly speak Spanish and French to guests, but she would have gotten reprimanded and possibly fired if she got caught 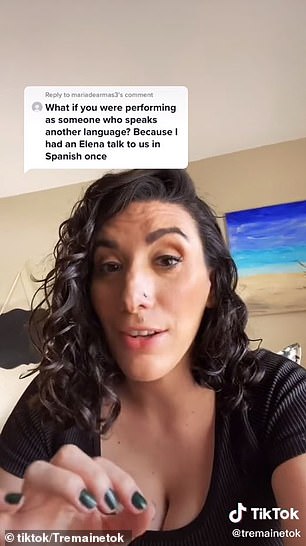 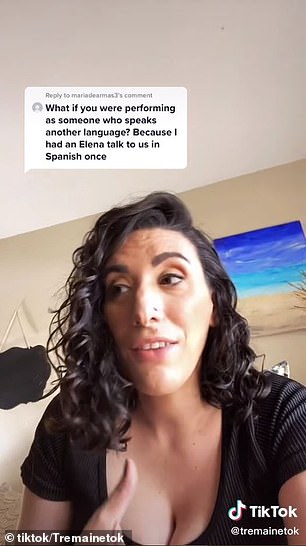 Exception: In a follow-up video, she explained that the only character who was allowed to speak Spanish was Elena of Avalor, Disney’s first Latina princess

‘In Disneyland Paris, they are encouraged to speak multiple languages, and they don’t get in trouble for it there,’ she shared. ‘I take an issue with that. If you’re gonna have a rule, it needs to be across all parks.’

According to Jessica, the exception to the rule is Elena of Avalor, Disney’s first Latina princess. Character actors who portray her are allowed to speak Spanish, though it’s no longer required.

‘Elena is approved to be bilingual and speak both languages,’ she shared in one clip. ‘When they were first casting Elena, it was actually a requirement to be bilingual. Not as much anymore. The problem is, Elena was introduced after I worked there.

‘The rules still stayed the same for the other characters though,’ she added. ‘So if you go meet Elena she might speak Spanish and English. But she might not. So just know that going in if you are a Spanish speaker.’

It’s unclear how long Jessica worked at Disney World, but her time there came to an anti-climactic end after she welcomed her first child.

She said in a recent video that she lost her status as a part-time seasonal employee because she failed to clock in enough hours in character after she welcomed her first child.

Jessica was working full-time at Universal’s call center, and while she could have transferred to another department at Disney, she opted not to. 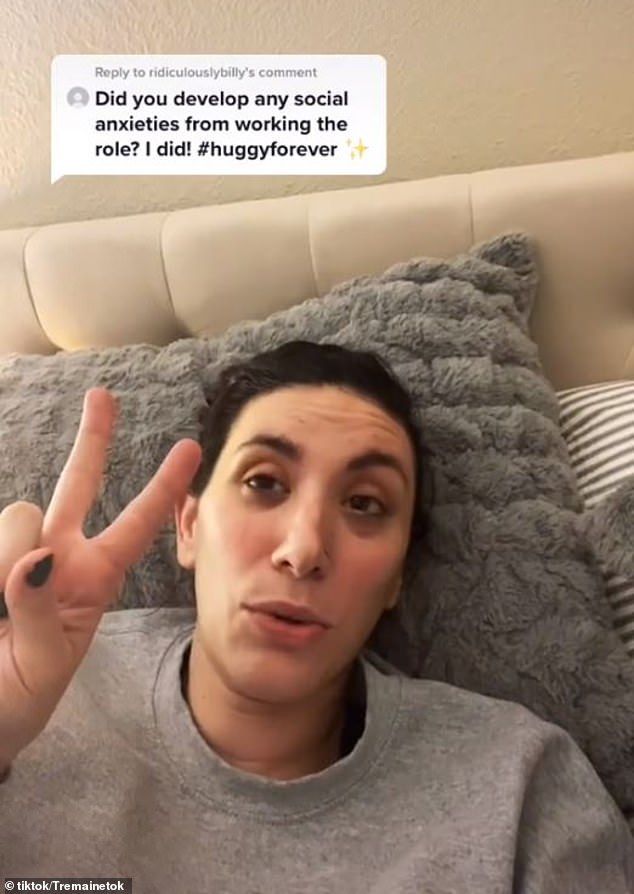 Hard to handle: Jessica also alleged that her ongoing struggles with post-traumatic stress disorder and body dysmorphia ‘come directly from [her] time at Disney’ 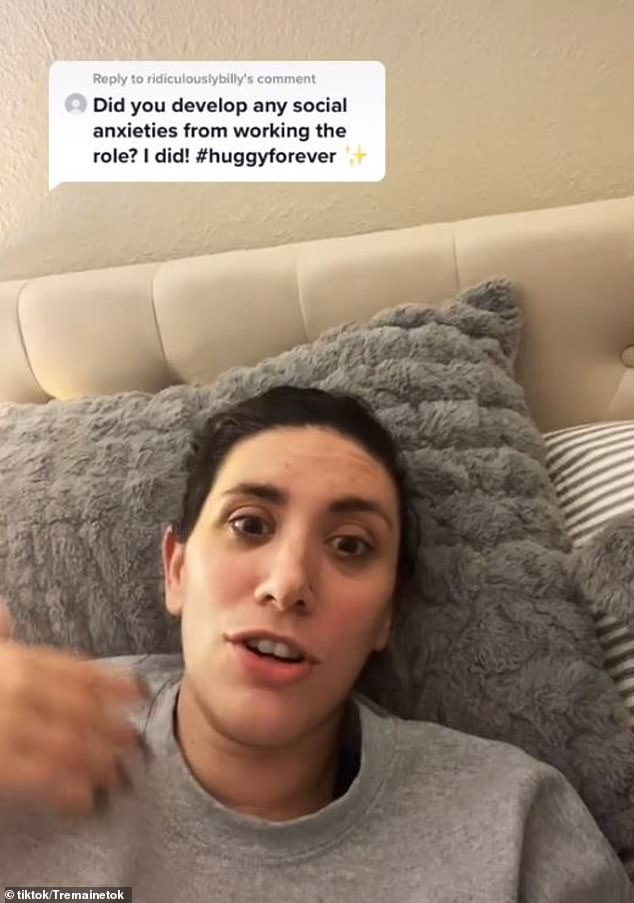 Difficult: Jessica said she developed an eating disorder because ‘managers and other people were constantly making comments on [her] body on a daily basis’

‘I made more answering the phones at Universal than I did as a character at Disney, at least at the time,’ she said.

The job also negatively affected her mental health. She claimed that her ongoing struggles with PTSD and body dysmorphia ‘come directly from [her] time at Disney.’

Body dysmorphic disorder (BBD) is a mental health disorder in which you can’t stop thinking about perceived defects or flaws in your appearance, according to the Mayo Clinic.

‘I developed this eating disorder during my time at Disney when managers and other people were constantly making comments on my body on a daily basis,’ she explained.

‘The other diagnosed disorder that I have is post-traumatic stress disorder. This directly stems from my time as a performer where people would grab at me, come up behind me, and I wouldn’t really even be aware if they were there,’ she added.

‘And also it stems from people, specifically men, always grabbing at me and touching me without consent and feeling like I couldn’t say no to the touch. Actually, getting grabbed suddenly causes me to have terrible panic attacks now.’

DailyMail.com has reached out to Walt Disney World for comment.

Kate Middletons Christmas Day regret revealed and its so relatable