Superstar DJ and producer MK has teamed with Jaguar F-PACE for an epic commercial, and he talks EXCLUSIVELY with HL about it.

“I’m in the business of creating heightened moments,” says MK at the start of his collab with Jaguar. The spot, which premiered in February, sees the producer and DJ reflect on his legendary career of performing to jam-packed crowds and creating unforgettable music moments. Looking back at where he came from, MK recounts how he’s “always been a gear guy, a tech guy,” and he got into the music because of the new, emerging technologies of his youth. So, it makes perfect sense that for his first commercial, he would partner with the iconic vehicle brand to celebrate the F-PACE, a beautiful marriage of the car’s classic design with the modern tech of today.

The commercial features MK’s new song “Lies,” a track he tells HollywoodLife that he started working on right after he agreed to partner with Jaguar. “It just made sense,” says MK about using “Lies” in this mini-film. “It just had that sound and I thought that it was perfect. It was either ‘Lies’ or go totally left and do something completely different.” Since its debut, the film/spot has been seen online and on television, introducing MK to a whole new audience (while also celebrating the sleekness and style of the Jaguar F-PACE.)

In an EXCLUSIVE interview with HollywoodLife, MK shares how it was like to work with Jaguar, the type of music he plays whenever he gets behind the wheel, and what else he has in store for 2021. 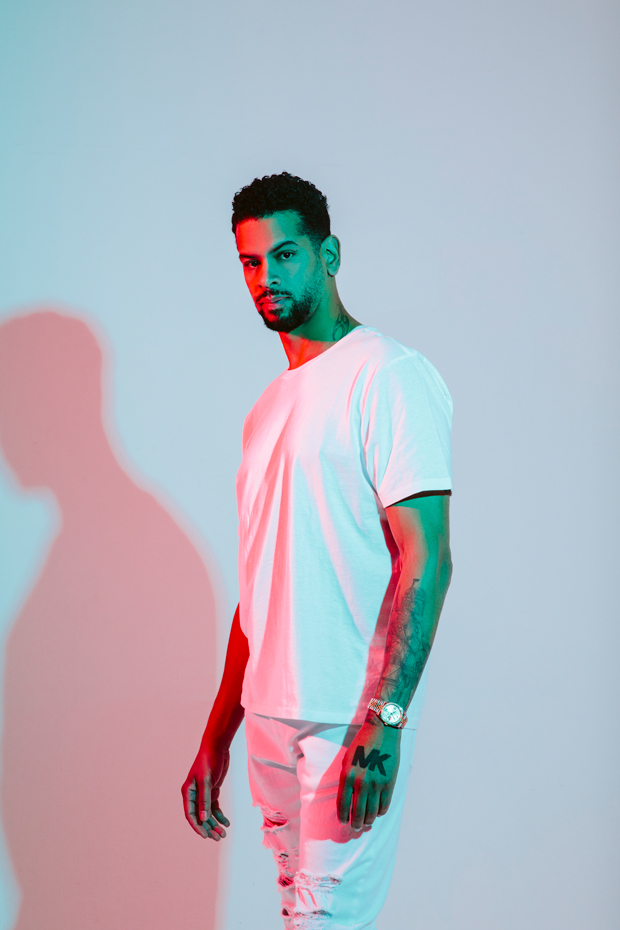 HollywoodLife: What was your first reaction to this proposed partnership with Jaguar? As (as said in this video) a kid who grew up in the 80’s, did you ever think you would be teaming up with a brand like Jaguar?

MK: My first reaction was that honestly, I didn’t believe it – nothing like that has ever happened before! I thought that they must have identified and asked a bunch of DJs to do it and that they would be looking to pick someone really commercial, so inside I didn’t think it was going to happen. But then I spoke to someone on my team, and they told me they actually picked me – that I was the only one that they wanted to do it with! I never ever thought I would be brought in to do a commercial at all, let alone with Jaguar. I mean it just wasn’t particularly on my radar of things that I wanted to accomplish as a music producer.

In the film, you say that you sometimes get in your car to drive as a way to help clear your head. Do you remember a time when such an escape led to a discovery? Like, did going for drive-thru lead to “Burning ‘95”?

Well, I don’t listen to music at home. When I’m at home I’m either working on music and if I’m not I don’t want to listen to music! So when I drive, that’s the only time I really get to listen to music that I’m not working on. It’s not so much that I drive to look for an escape, but when I do get in the car and play music, that’s when I get my ideas. To this day I listen to lots of 80s alternative music when I’m driving because it’s so different from the type of music that I make – I end up getting a lot of ideas because I hear certain things that aren’t done in dance music. It presents certain sounds, certain chord progressions, and that gives me inspiration.

The film features your song “Lies.” What made you think this track was perfect for this project with Jaguar?

Well the initial plan was to work on a new song for the commercial, and then a couple of days later I started working on ‘Lies’ and it just made sense – it just had that sound and I thought that it was perfect. It was either ‘Lies’ or go totally left and do something completely different. I thought about it and decided I didn’t want to push the envelope to far on my first go at a commercial! ‘Lies’ is the typical MK sound and I thought that by going with it, everyone would be happy.

Do you have a go-to road album or artist? Like, someone you know you can throw on and feel ready to drive halfway ‘round the world?

You were rather prolific in 2020, remixing a wide range of artists from Katy Perry to Ellie Goulding to Love Regenerator. Is there one remix that you’re particularly proud of?

The Alessia Cara remix of ‘I Choose You’. That mix was never a big commission or anything – but I was just really happy with the way that turned out.

Have you ever attempted to remix a song so left-field? I’m suddenly reminded of how Mall Grab remixed some Turnstile tracks last year – have you ever heard like a hardcore punk or power metal track and go, ‘Let me take a shot?’

Yes, those songs are actually easy to remix for me because there are no boundaries. If it’s a metal track, you can do whatever you want with it. If you’re taking one song in a particular style, then making it a different genre, you kind of just do your thing! There’s a track I remixed by Ethyl Meatplow called ‘Queenie’ in the 90s, it wasn’t metal but it was pretty weird, and that ended up being quite a big mix for me!

It’s been said that you have ‘release plans’ for 2021? Anything you can share at the moment?

There are some big tracks on the horizon – I can’t share them just yet, but they’ll be coming soon!