There was so much drama leading up to the Duke and Duchess of Sussex’s wedding that Prince Harry and Meghan Markle’s fans weren’t sure what to expect when their big day arrived on May 19. One minute, Meghan’s dad, Thomas Markle, was going to walk her down the aisle, but the next minute, he was pulling out of the wedding because of an embarrassing photo scandal. It was Markle’s heart issues that unfortunately prevented him from walking Meghan down the aisle in the end, but after all the ups and downs leading up to the wedding, fans couldn’t help but watch in anticipation thinking Markle might just pop out from behind one of those big regal floral arrangements, take Meghan’s arm, and walk her down the aisle himself after all. Alas, everything went smoothly and according to plan despite all the hiccups along the way. And I’m sure one person who was most grateful was Meghan’s amazing mother. And let’s just say Doria Ragland’s favorite part of the royal wedding won’t surprise you one bit considering she’s the mother of the bride!

According to a new report by Us Weekly, Ragland’s highlight from the royal wedding is pretty understandable: watching her daughter say "I do" to her real-life prince charming. For the record, her second place moment isn’t all that surprising, either! A source told Us Weekly this about Ragland’s highlights:

Ummmmm, meeting the Queen would probably be on the top of anybody’s list of highlights. And I’m talking LIFE highlights, not just of one wedding.

It was thanks to Prince Harry and Meghan that Ragland’s meeting with the Queen went so swimmingly (do I sound regal?). The source continued,

Actually, Prince Harry did his job as Ragland’s future son-in-law by making her feel super comfortable before she even stepped foot on royal territory. He reportedly shared with her “numerous stories about the queen as a grandmother and what she [means] to him." What a good son-in-law!

Now the Queen is just as in love with Ragland as we already were! Well, I guess it should have been expected. Doria is a BOSS. Who wouldn’t love meeting her? Her cool-factor was displayed when she boldly rocked a nose ring at the royal wedding. 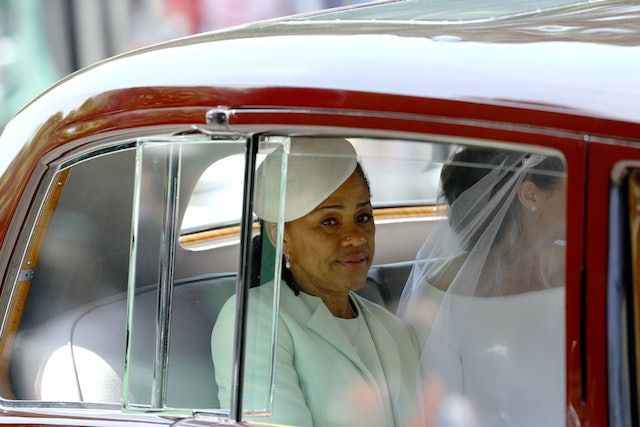 I mean, it’s just a nose ring, I know. But seated in St George’s Chapel, it’s a statement, OK?

Anyway, Meghan is lucky to have a mother as loving and amazing as Ragland, and she knows it. The Duchess reportedly gave a moving speech at her wedding reception dinner dedicated to Ragland and there probably wasn’t a dry eye left in the place when she was through.

In an interview with Entertainment Tonight, royal expert Katie Nicholl provided all the details of Meghan’s speech and how it further established her status as a royal rule-breaker (in the best way possible).

But wait until you hear what she had to say about mommy dearest!

Ok, I’m definitely not crying… YOU ARE! Alright, the jig is up. I’m drowning in a pool of my own tears at this mother-daughter relationship. They are so perfect and what we all dream to be. Protect Meghan and Doria at ALL COSTS.

What was Eddie Large’s cause of death? – The Sun

Woman in India molested, set on fire by attackers after police fail to act