Everyone I know has been shocked and surprised by Helen McCrory’s death. The much-loved actress was just 52 when she died of cancer last week. A nurse at work summed it up when she said in a disbelieving tone: ‘But I didn’t even know she was ill.’

Yet why should we know such intimate things about people? In this age of oversharing, there is something to be said for keeping certain matters to ourselves, especially when it’s something as emotionally complex as cancer.

Perhaps that’s why McCrory chose to keep her illness private. The idea of having everyone crowding round you with their heads on one side, offering smiles, advice and tray bakes, fills me with dread. It would drive me mad.

As McCrory did, I would much rather just be left alone to deal with it by myself. Head down, sort it out and come to terms with things in your own way, in your own time and at your own pace. 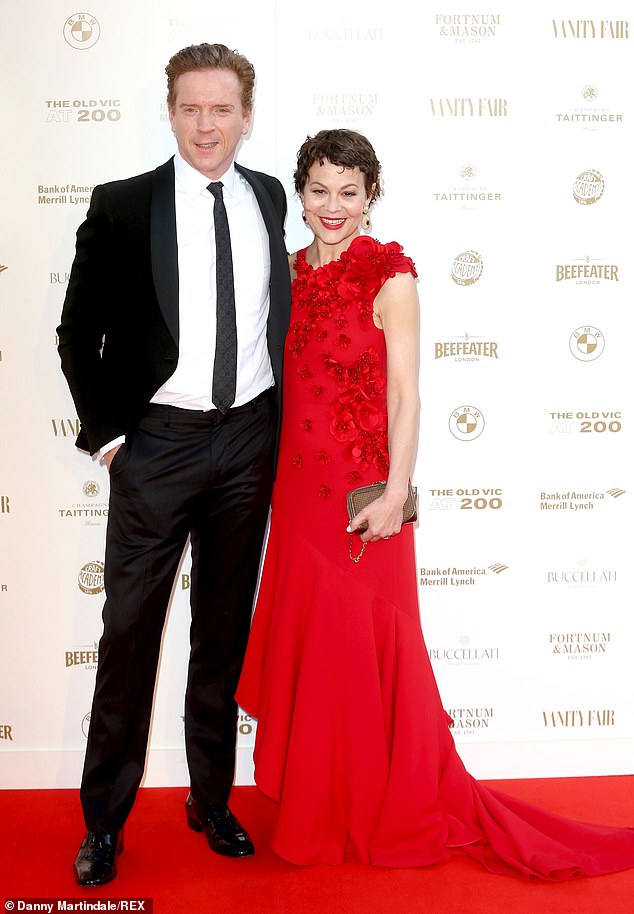 Dr Max Pemberton examines the reasons why people with cancer may choose to avoid telling others about their diagnosis. Pictured: Helen McCrory with her husband Damian Lewis

The French philosopher Jean-Paul Sartre wrote that ‘hell is other people’, and too often I have seen just how hellish they can be.

Those around coo and fuss — but some people hate being mollycoddled like that. I can’t think of anything worse.

Of course, if you are a public figure and announce you have cancer, it follows that strangers will continually be coming up to you and wishing you well, which sounds nice but must soon become exhausting.

And even for those of us who aren’t famous, news soon spreads and before you know it you’re being accosted in the supermarket by some vague acquaintance you once nodded at outside the school gates, as they engage you in an hour-long conversation about one of their relatives who had the same thing as you and died. Awful.

People are well-meaning; they want to help and support and care for you. But too often it becomes about them — about trying to make themselves feel better, managing their grief and anxieties, so the person with cancer ends up almost getting lost in it all.

I have seen this many times in clinics and on the wards, where you notice that the patient — the person who actually has to deal with cancer — is having to consider the feelings of their friends or family, rather than their own.

One of the strange things about cancer that I’ve noticed time and again is the way the patient will often feel responsible for making those around them feel better.

They put on a brave face, not wanting to burden anyone; worried about the impact their diagnosis is having on others. 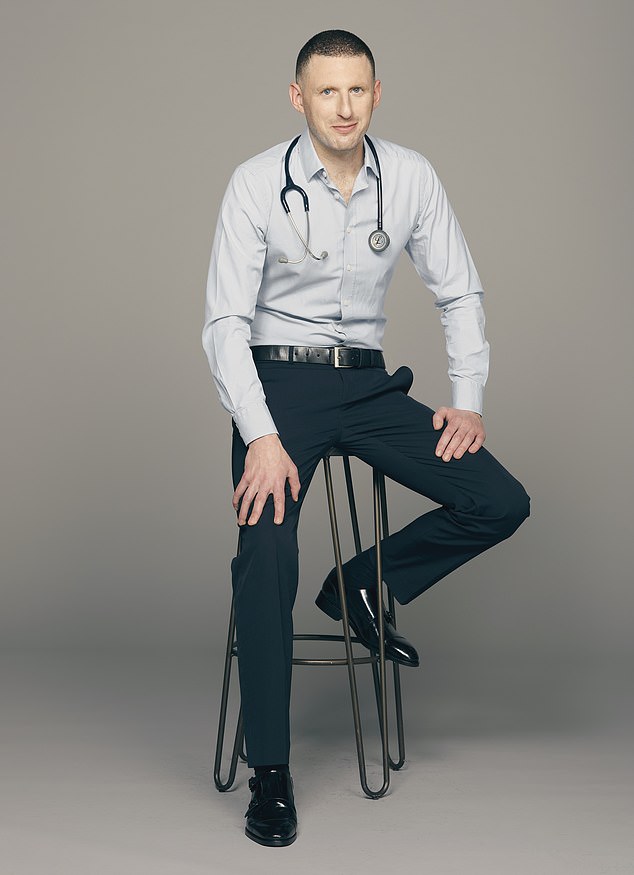 When I worked in breast surgery as a junior doctor, I remember a young woman who had been diagnosed with a tumour breaking down in tears.

Yet all she was worried about was how her mother and her husband were going to cope.

I was gobsmacked that this was the first thing she thought of.

I mean, really, if there is any time when you should be the focus of your worries, it is when you have just been told you have cancer.

Over the years, I have known several people decide not to tell their nearest and dearest they had cancer until they had come to terms with the diagnosis themselves.

At first I thought that this was odd — lying to the people closest to you about where you were going, then coming to hospital and sitting with doctors making some of the most important decisions of your life, totally alone. It has mostly been women.

I think they feel they need to be there to process and deal with everything themselves first, knowing that when they tell their husband they will have to be there to emotionally support him.

They need to be strong to do this, and not be battling their own feelings, too.

But there is also the fact that when you’ve got cancer, everything is experienced through that prism.

It is always there, colouring your experiences with other people, muscling in on any fun you’re having. It is like a constant worry in the back of everyone’s mind.

You are no longer the person you were. You’re a tumour, a cancer patient, instead of silly, funny old you who just happens to have cancer as well. There is no more chat about the implausible plot line in Line Of Duty, or funny stories about getting drunk and falling out of a cab.

From now on it’s all stony-faced, serious cancer discussion. How dire.

The last thing you want when you have cancer is to be forced to talk about it continually or have it overshadowing every conversation you have, lurking in the background like an expectant waiter.

The fact is, everyone deals with a cancer diagnosis differently. Like McCrory, the Irish novelist and poetry-lover Josephine Hart, who was married to Maurice Saatchi, also didn’t tell people about her cancer. Victoria Wood and TV presenter Caron Keating told only very close friends.

But equally, there are plenty of people who want the distraction of other people.

Other cancer sufferers, including Linda Nolan, Sharon Osbourne and Victoria Derbyshire not only went public with their diagnosis but talked in detail about it.

There is no right or wrong way to go about this — but I totally understand those who want to keep their personal battles totally private.

GPs must face up to their patients

Why are some GPs still refusing to see patients face to face?

Yes, phone or video consultations have been a godsend for many during this pandemic, but it simply isn’t the same. Non-essential shops are open, yet there are still GPs who decline to actually see their patients. I fear that if they continue in this vein, they will lose the public’s goodwill — and that will damage the NHS, as people start to question whether the health service really has their best interests at heart.

The question is whether effective, patient-centred, clinically accurate care can really be delivered without seeing someone in person. For some time I have been unconvinced that a virtual appointment results in an accurate diagnosis. When I had to seek medical advice as a patient via a phone consultation, the experience was far from ideal.

In fact, several times the diagnosis was wrong and the treatment prescribed incorrect. I think that was because the GP couldn’t properly examine me.

Really, there is no excuse not to see patients in person now. 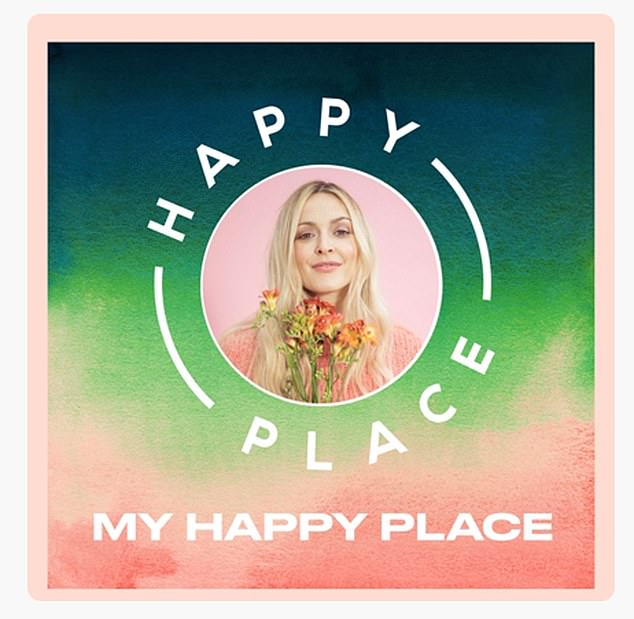 Fearne Cotton’s Happy Place podcast (official fearnecotton.com/happy-place) is about how to overcome feeling blue. Fearne talks to people from Hillary and Chelsea Clinton to Gareth Southgate about what happiness means to them. It’s riveting and at times incredibly moving.

Kim Kardashian's Hairstylist Shares How to Perfect Your FaceTime Look

‘The Young And The Restless’ Recap For Monday, July 16: Nick Blindsides Victor!