Learning has never been more fun than it is on Comedy Central’s Drunk History, a show that depicts some of the most fascinating historical events from around the globe, as told by narrators who have knocked back quite a a few drinks. The most recent season of the show was one of its best ever, in my humble opinion, featuring stars like Tiffany Haddish, Jack Black, Mandy Moore, and Vanessa Hudgens. But with Drunk History about to wrap for the season, history nerds and beer aficionados everywhere are wondering, when does Drunk History return?

You might want to keep storing up on that whiskey and collecting those biographies to create your own Drunk History nights, because it could be a little while before the show comes back. Drunk History was renewed for a a 6th season, and that season will include 16 new episodes, according to Variety, so fans can rest assured knowing that they will soon be rewarded with 16 episodes full of sloshed pseudo-historians and hilarious reenactments. But while the premiere date of the new season has yet to be announced, if it follows the same scheduling pattern as Season 5, the show will likely return in January, maybe with a bonus Christmas episode sometime in November or December. So it’ll be a few months. 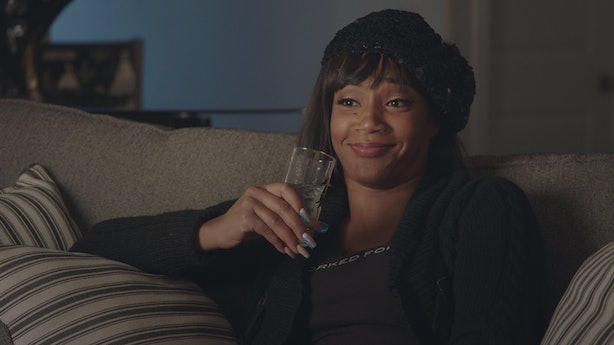 So what can fans of the show expect from the new season? Well, if Season 5 is any indication, Season 6 should feature lots of celebrity cameos, both starring as historical characters and the ones behind the story, narrating the events as they unfold. Tiffany Haddish’s hilarious retelling of Rose Valland’s valiant efforts to recover precious art from the hands of Nazi’s only proves that comedians can make just about any historical event funny, especially when they’re a few drinks deep. Season 6 should definitely feature more stories told by comedians and other celebrities. I bet Jonathon Van Ness would do a side-splitting job recounting Cleopatra’s love affair with Antony.

Season 6 of Drunk History featured some truly incredible celebrity cameos. Vanessa Hudgens was totally awesome as the teenaged female warrior Joan of Arc. Kirstin Dunst slayed her role as acclaimed who-dunnit novelist Agatha Christie. A slightly tipsy Rachel Bloom rocked her retelling of the hunt of Adolph Eichmann, and the always hilarious Jack Black made a great Vicenzo Peruggia. There’s little doubt that the stars featured next season will be just as funny, and definitely just as drunk.

And no, it’s not acting — those celebrities doing the narrating really are drunk. Picking a good narrator who can hold their liquor is the key for the show’s success, as the show’s co-creator and moderator Derek Waters told Vox:

That’s a lot to handle after throwing back a few margaritas, especially considering narrators don’t have to just remember a story, they have to memorize dates, facts, and names. But the celebs in Season 5 rose to the challenge, and Season 6 is bound to be even better.

So raise a glass, crack open that AP History textbook you forgot to return in high school, and get ready for Drunk History Season 6, where you will learn more about the history of the world around you… and which celebs can’t hold their liquor.

Legalising cannabis ‘would rake in £1billion in tax and savings’

Over 60% of teachers are ‘happy to work’ over summer holidays to help struggling pupils, research finds – The Sun