Home » Lifestyle » Ending violence against women needs to focus on perpetrators, not victims: Our Watch

Australia needs to view violence against women as a problem for male perpetrators, not the victims, if it is to make progress in stopping the scourge, the nation’s leading organisation in the field warns.

Its new guide for policymakers flips the emphasis away from “response and women, to prevention and men” and calls for systemic change rather than just individual action. 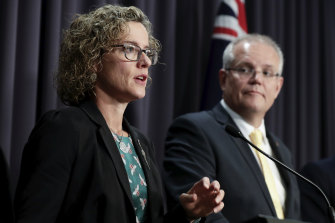 Almost a quarter of Australian women have experienced violence from an intimate partner. On average, one woman is killed each week by their partner and violence is the leading cause of preventable death and injury among women aged 15-44.

Our Watch chief executive Patty Kinnersly said the next stage of work to stop violence against women needed to recognise action was needed everywhere Australians lived, worked and played.

“There’s a bit too much focus nationally on individual behaviours – we can change one person at a time, women just need to do this and men need to do that,” she told The Sydney Morning Herald and The Age ahead of the release of the organisation’s second framework to guide policy.

“That doesn’t take account of the bigger structural environment that we live in or the responsibility of governments with policy or workplaces to be safe and equal, and so forth.

“We’re not going to shift the dial on violence against women if we don’t address the underlying gender inequalities.”

Our Watch’s first Change the Story framework was released in 2015 and endorsed by governments at all levels to guide the existing national plan to prevent violence against women and children. A new national plan is now being developed to steer the next decade of action, and Our Watch is working with governments to ensure the second edition of the framework remains the key evidence base underpinning violence prevention.

Ahead of the women’s safety summit in September, advocates and long-time workers in the family violence sector said the dial had not shifted over the past decade of the national plan.

Emma Fulu, founder of The Equality Institute and adviser on the new framework, said the previous version and the first national plan had led to a common understanding about violence against women and gender inequality, which was incredibly important.

The next phase was based on research that showed societal expectations about men being controlling, dominant or aggressive also contributed to violence.

“In the past, this has often been framed, mistakenly, as a women’s issue or as an issue that victims have to solve,” Dr Fulu said. “Unless we address those drivers of perpetration then I don’t think we’re going to end violence against women.”

Change the Story sets out 12 actions that address the gendered drivers of violence, underlying social context and reinforcing factors. It says these need to be implemented at every level of society. This could range from sporting organisations ensuring women had access to equal quality grounds, to changing parental leave and superannuation policy.

But Ms Kinnersly acknowledged there would inevitably be people unhappy with the change. The framework offers guidance on how to deal with resistance and backlash, which can be “highly organised” and “seeks to silence people who sought progress”.

A draft version of the next 12-year national plan should be ready before the end of the year. Governments will formally adopt it to start in July 2022.

Labor will announce on Wednesday it will appoint a family, domestic and sexual violence commissioner to be a voice for victim-survivors and track progress against the national plan if it wins next year’s election.

It will also fund 500 more community workers, at a cost of $153 million over four years. They would work for services that support domestic violence victims, such as shelters, financial counsellors and specialist women’s services.