"I think every production out there desperately wants this, judging from my inbox over the past week," said Tim Phillips, head of business affairs at the federal screen agency. "I think this is the thing that will get everyone over the line." 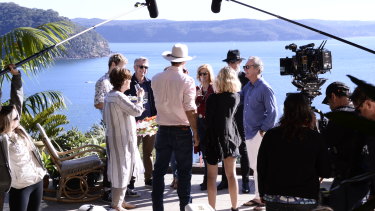 Screen Australia will administer the fund, which was announced on June 25 and is designed to fill the gap in the insurance market that has arisen as a result of COVID-19.

Up to $4 million, or 60 per cent of a production's overall budget (whichever is less), will be made available in the event that a COVID-related event shuts production down, temporarily or permanently, for a period including the last two weeks of pre-production and the shoot.

Pre-COVID, producers could insure against such events, but since the outbreak of the pandemic insurers have explicitly excluded cover for COVID-related events.

As a result, financiers have been unwilling in many instances to provide funding to productions because of the risk that, were they to incur additional costs because of a shutdown or, worse, to fail to be completed, the financiers would wear that cost.

TIF would at this stage operate until June 30, 2021. It is a contingency fund, meaning that the $50 million will not be allocated if the need does not arise.

"That would be a wonderful scenario," Mr Phillips said, "because it would mean everything had sailed through without interruption or problem."

The fund is targeted specifically at Australian productions, and is not available to foreign productions shooting here. And while some low-budget work has continued throughout shutdown, Mr Phillips expects the opening of the fund to very quickly generate an uptick in activity in the sector.

"There's very little going now, but a bunch of things are jockeying to go very soon, so I don't think you'll see much of a lag time," he said. "I think in the next couple of months you'll see around 10 productions starting. Everyone is very keen to get back to work."

Three kids, 3, 4 and 8, burned alive after being locked in home by babysitter

Samples from asteroid more than hoped for, Japan researchers say