As we gear up for another exciting Premier League season and the fantasy football fun that goes with it, we figured now might be a good time to look back at the greatest hits of 2019/20.

Why you should play Dream Team this season 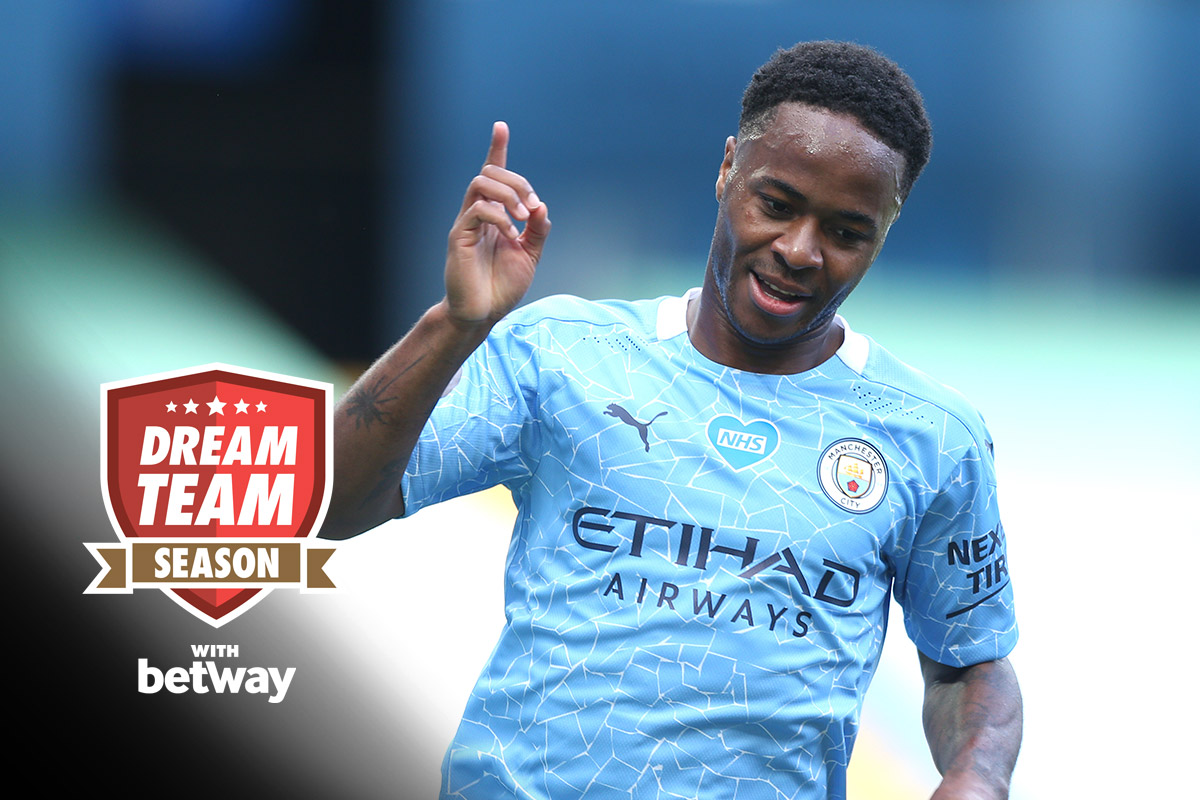 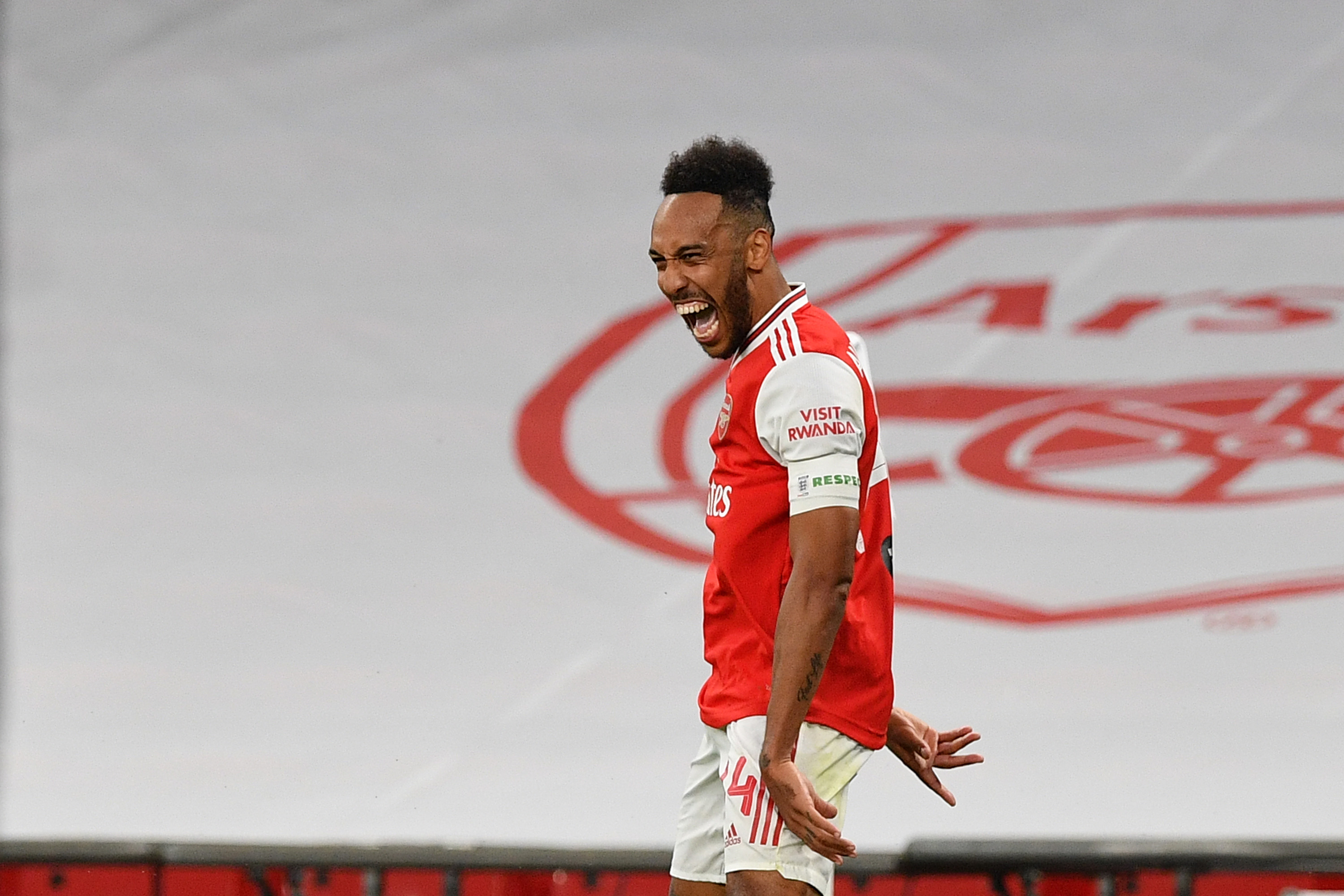 While it was a season of upheaval at the Emirates – with Unai Emery making way for Freddie Ljungberg… who made way for Mikel Arteta — Auba was still his same old goal-scoring self.

The Gabonese striker netted 22 goals in the Premier League, just one behind Vardy’s total of 23, and was the big hero in the FA Cup final when he netted twice to sink Chelsea. 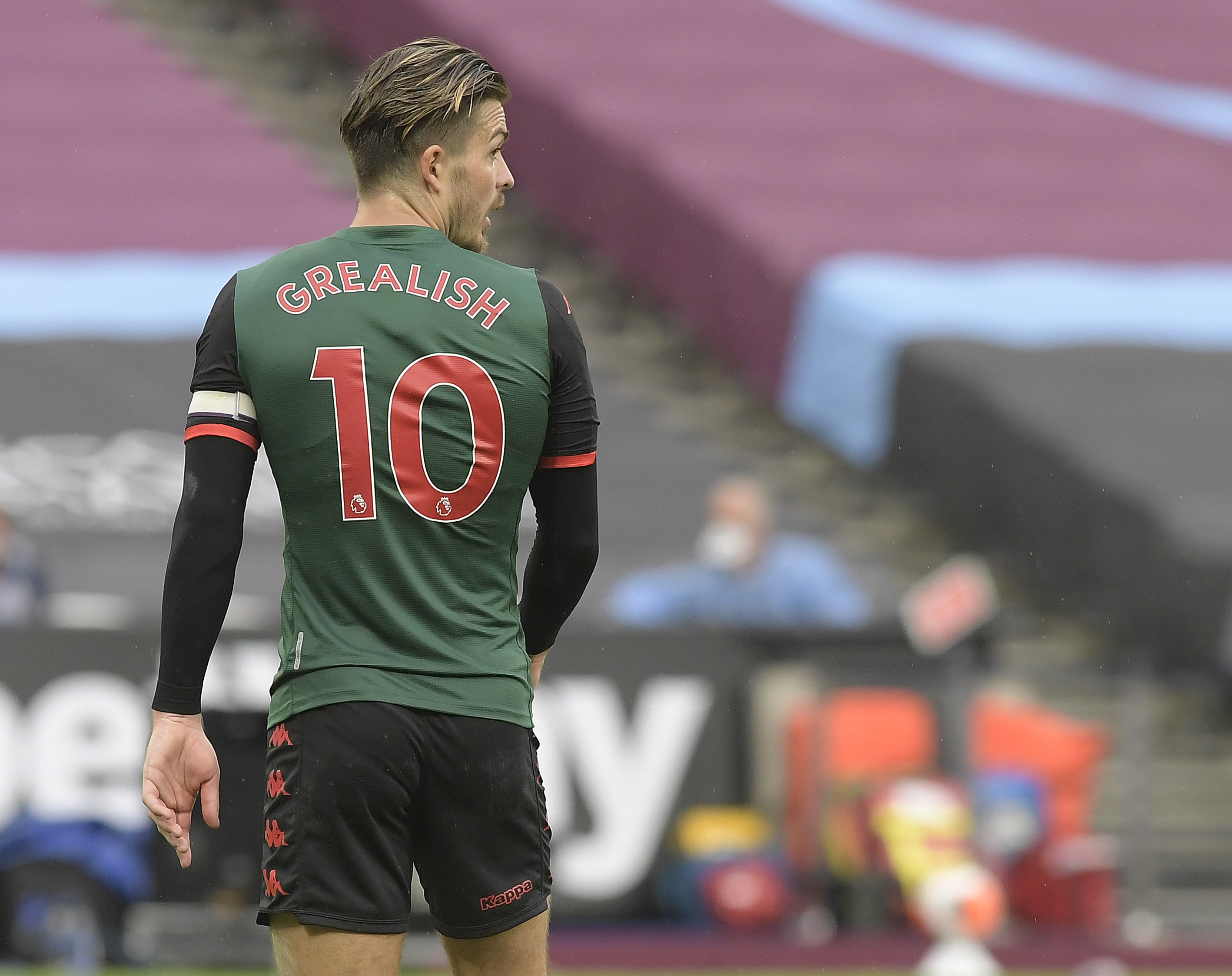 Villa looked like one of the favourites to go down last season but they avoided relegation by the skin o’ their teeth and they largely have homegrown hero Grealish to thank for that.

The playmaker was their main man and an absolute gem for Dream Team – hitting triple-figures with 157 points which meant he was rubbing shoulders with the league’s very best. 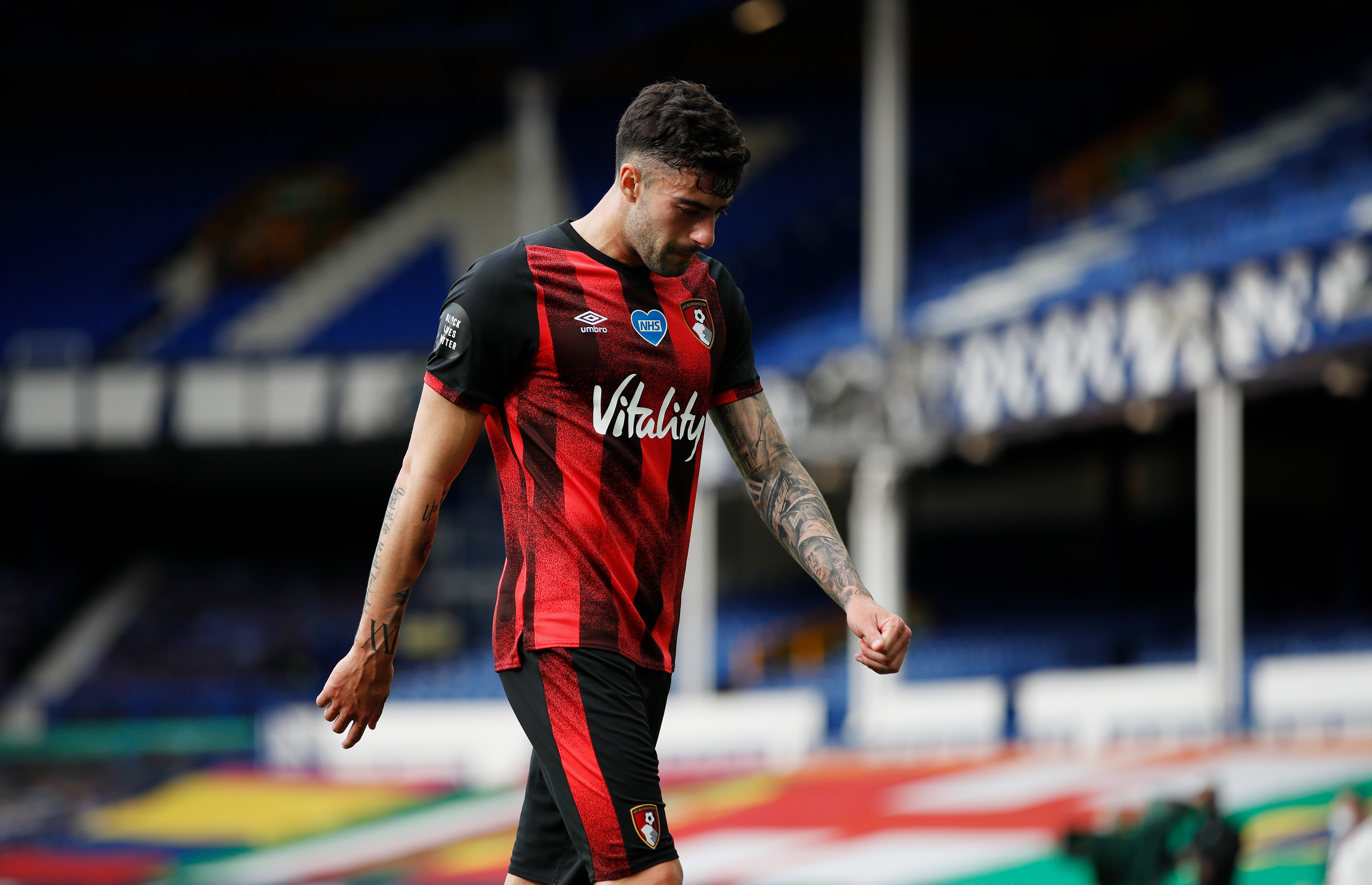 In previous seasons, Bournemouth had been a rich source of Dream Team magic with Callum Wilson and Ryan Fraser two of the most beloved players on our game in 2018/19.

But not last season though, as the aforementioned pair struggled for form and that meant Rico’s haul of 81 points was about as good as it got. 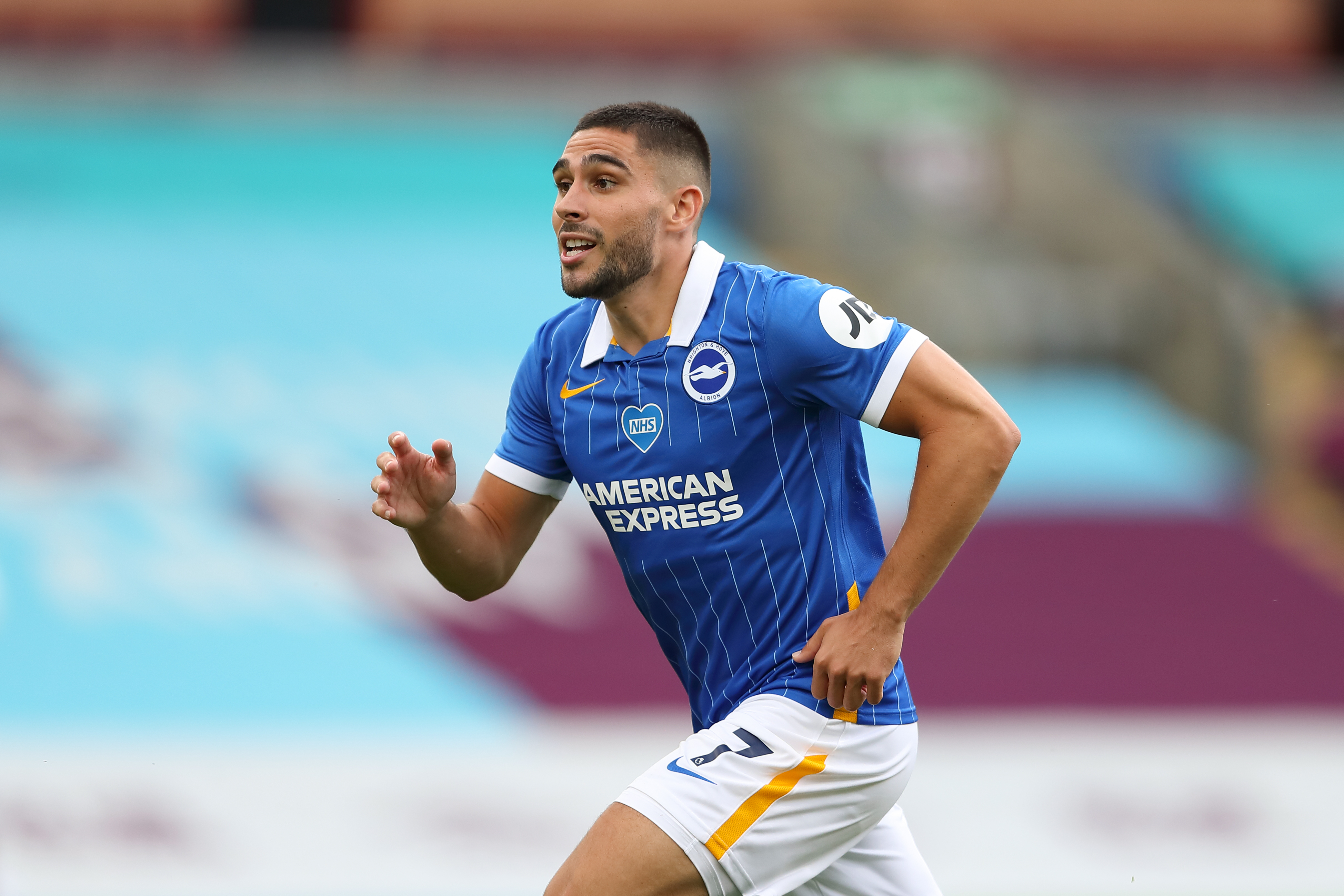 Summer signing Maupay lead the line for Brighton last season and did an excellent job in his first year in the Premier League, netting 10 goals as the Seagulls avoided the relegation dog-fight in the league’s final few weeks.

Less said about him around Arsenal fans though, the better. 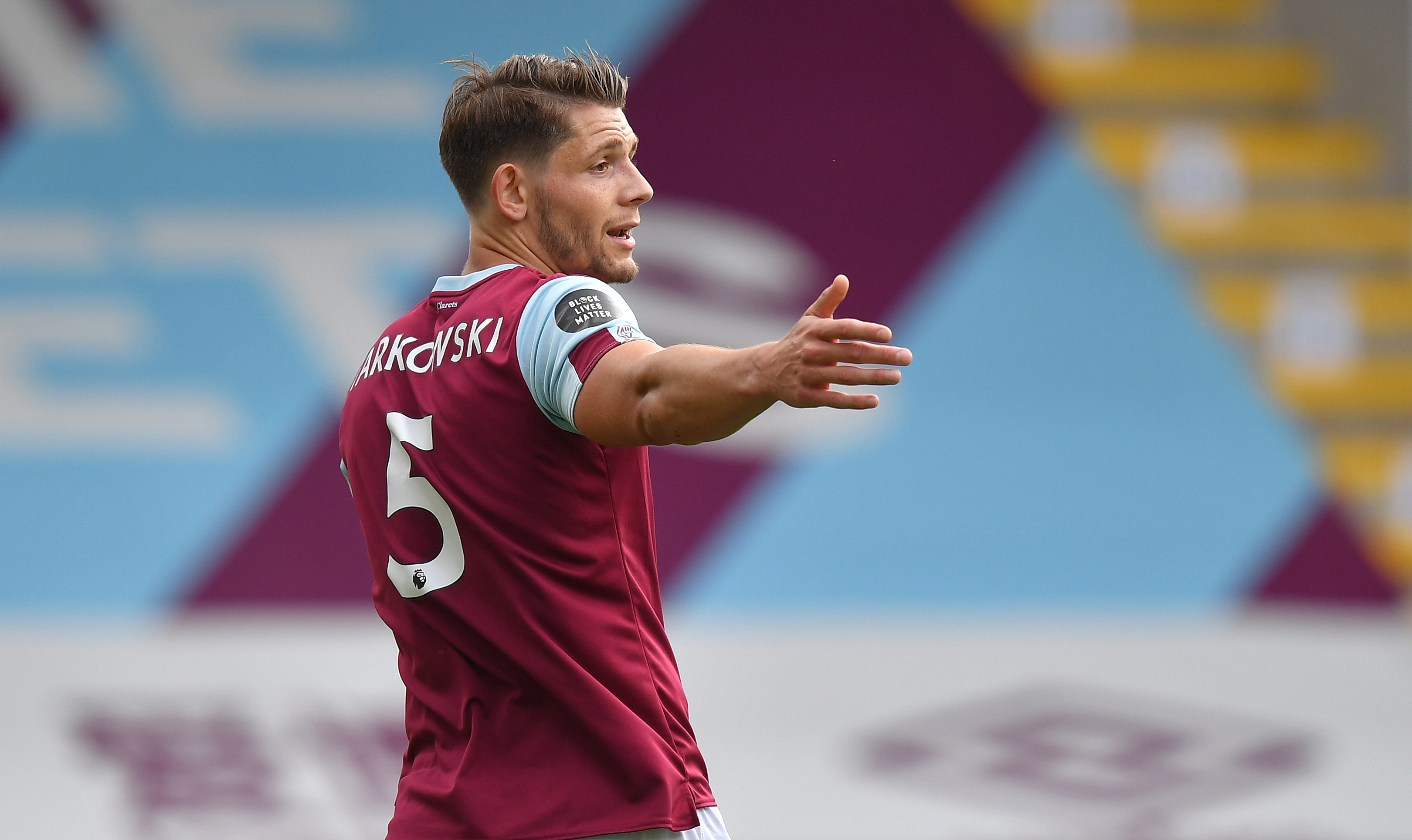 In general, the Clarets have boasted some memorable Dream Team gems in recent seasons — including Michael Keane, Robbie Brady and Tom Heaton.

It might be worth picking up one or two of their players for your 2020/21 Dream Team? 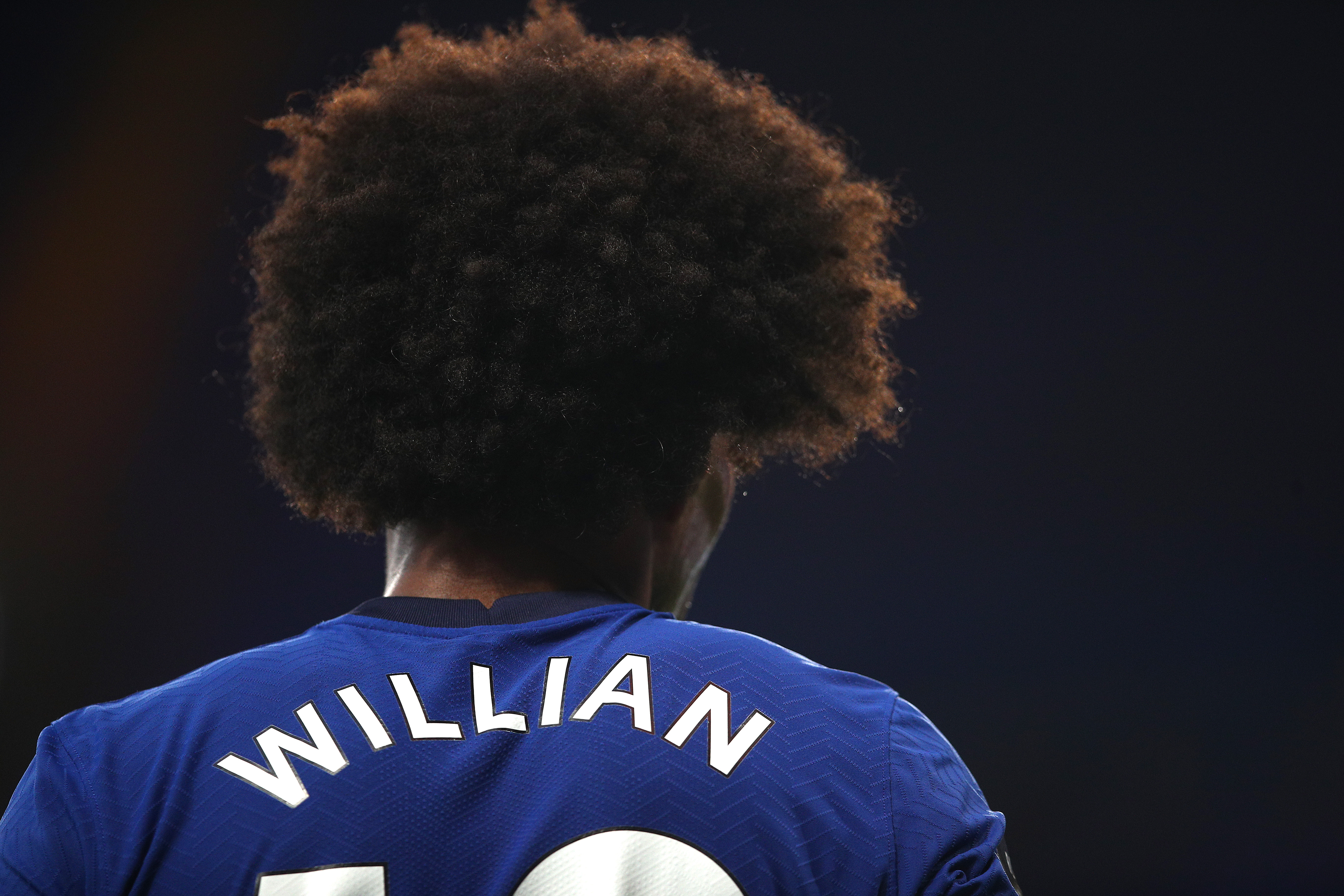 It was another solid campaign at Stamford Brigdge for Willian – and little did we know, it would be his last.

The reliable winger moved to Arsenal in the early weeks of August, bringing with him plenty of flair and experience.

The Brazilian has been a Dream Team star for quite a few years now, and he might be worth a place in your team again this season. 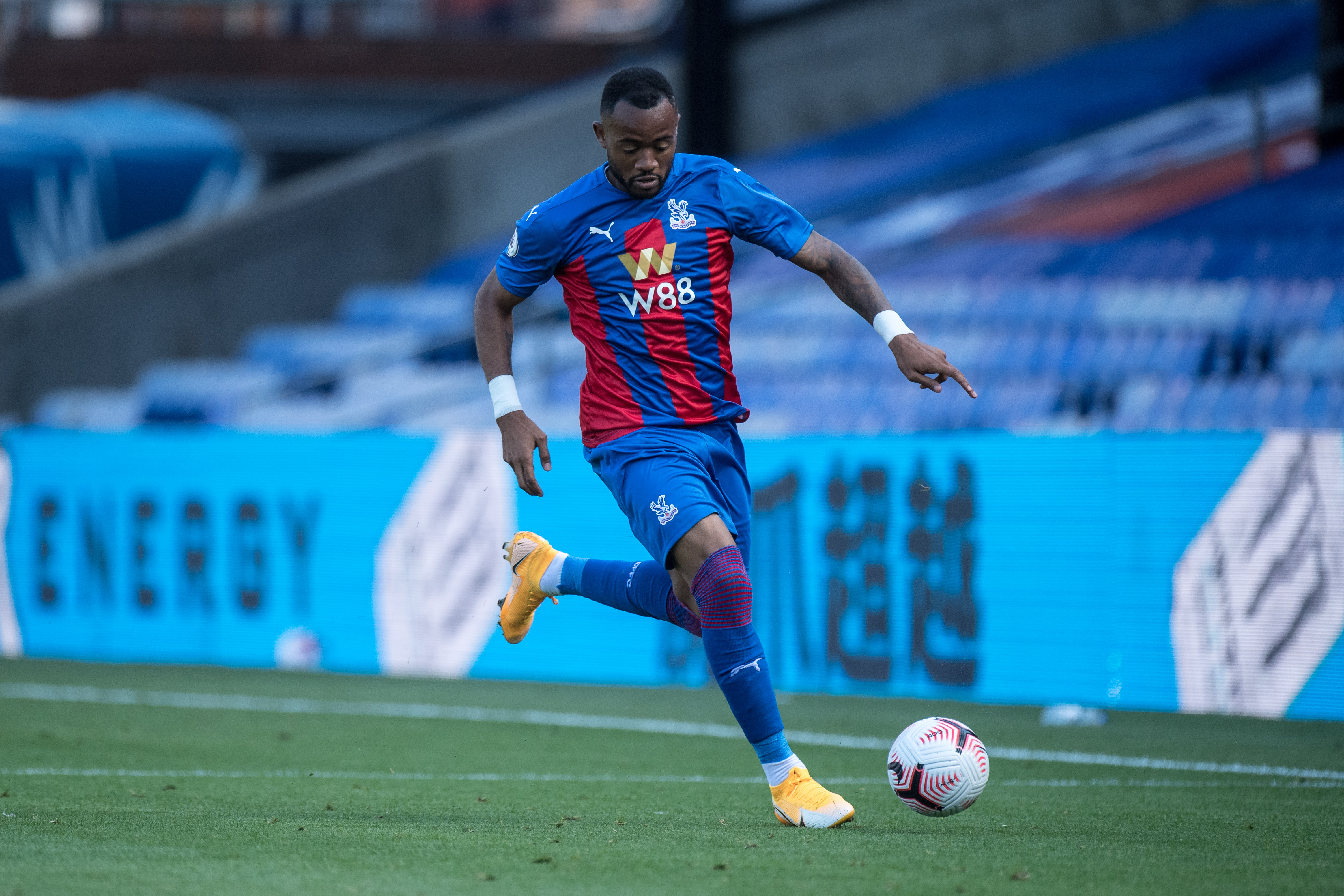 Palace were not a rich source of Dream Team might last term, with Ayew the only player there to reach the three-figure mark.

It is worth pointing out that Vicente Guaita proved to be a reliable goalkeeper on our game though, picking up 80 points for his work between the sticks. 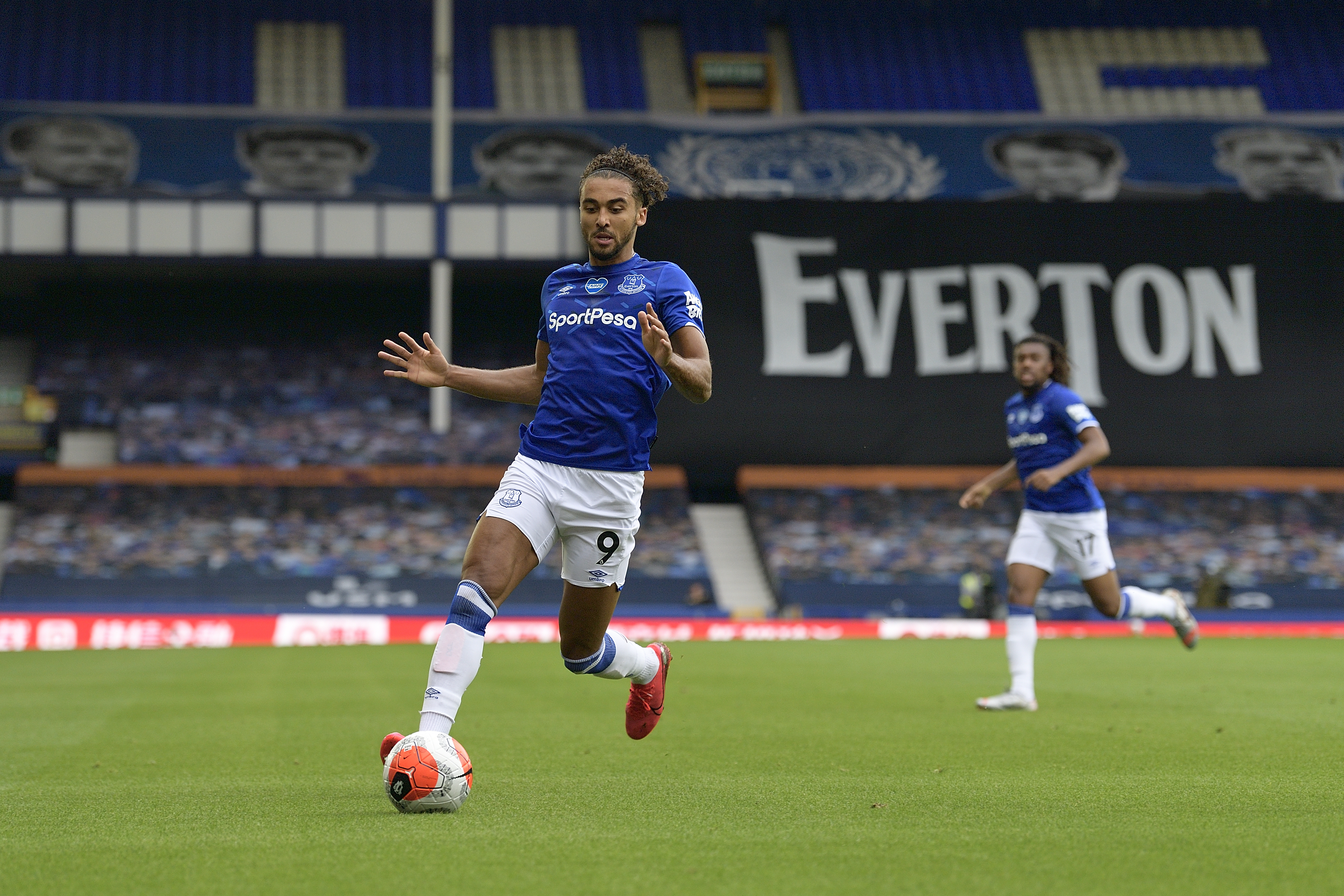 Everton’s bleak campaign enjoyed an upsurge under the wisdom of Carlo Ancelotti… who was a far-cry from the clueless Marco Silva.

Calvert-Lewin particularly flourished under the eyebrow-raising Italian, bagging 13 goals in the Prem. 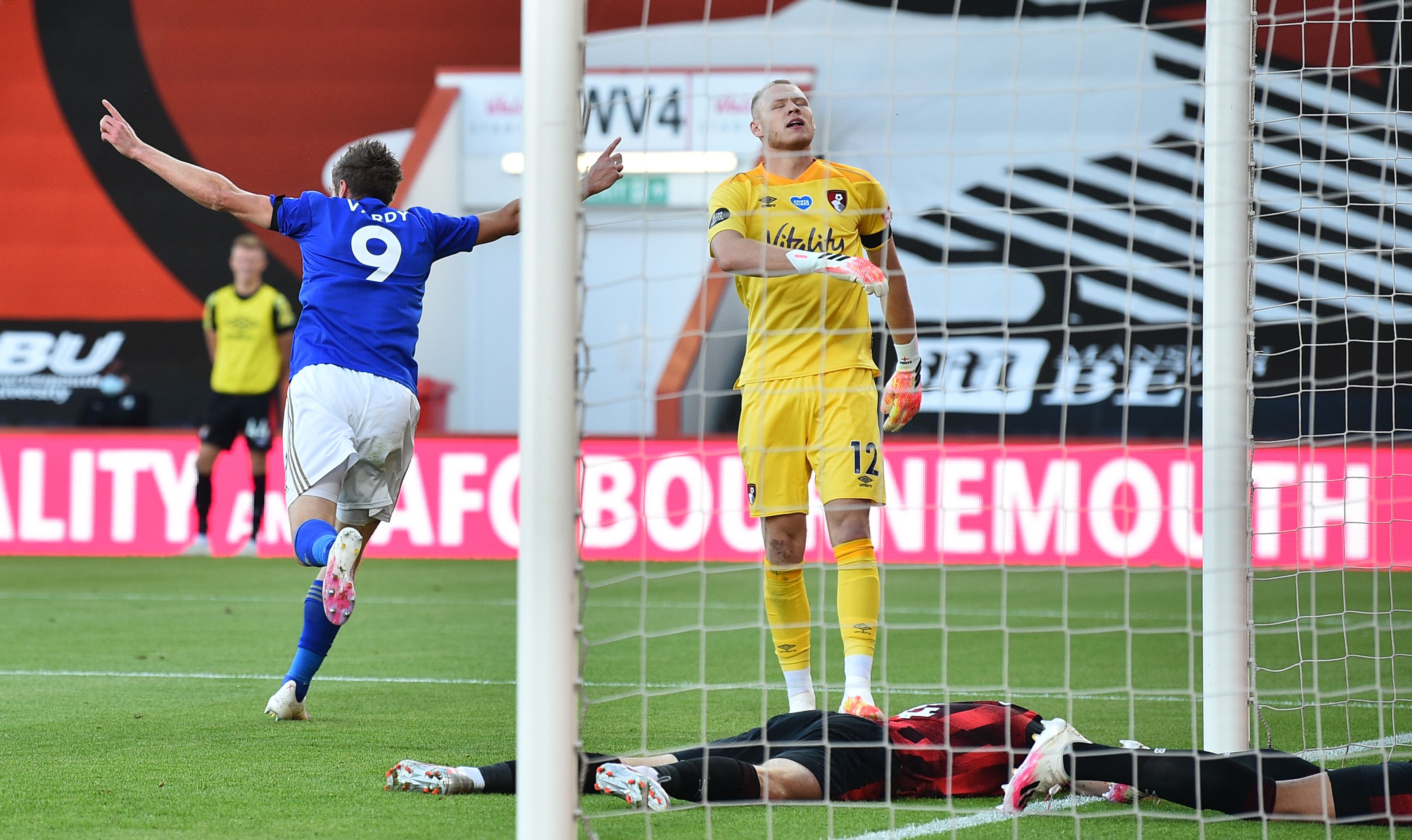 But Vardy ruled the roost and finished up as the Premier League’s top scorer with 23 goals. 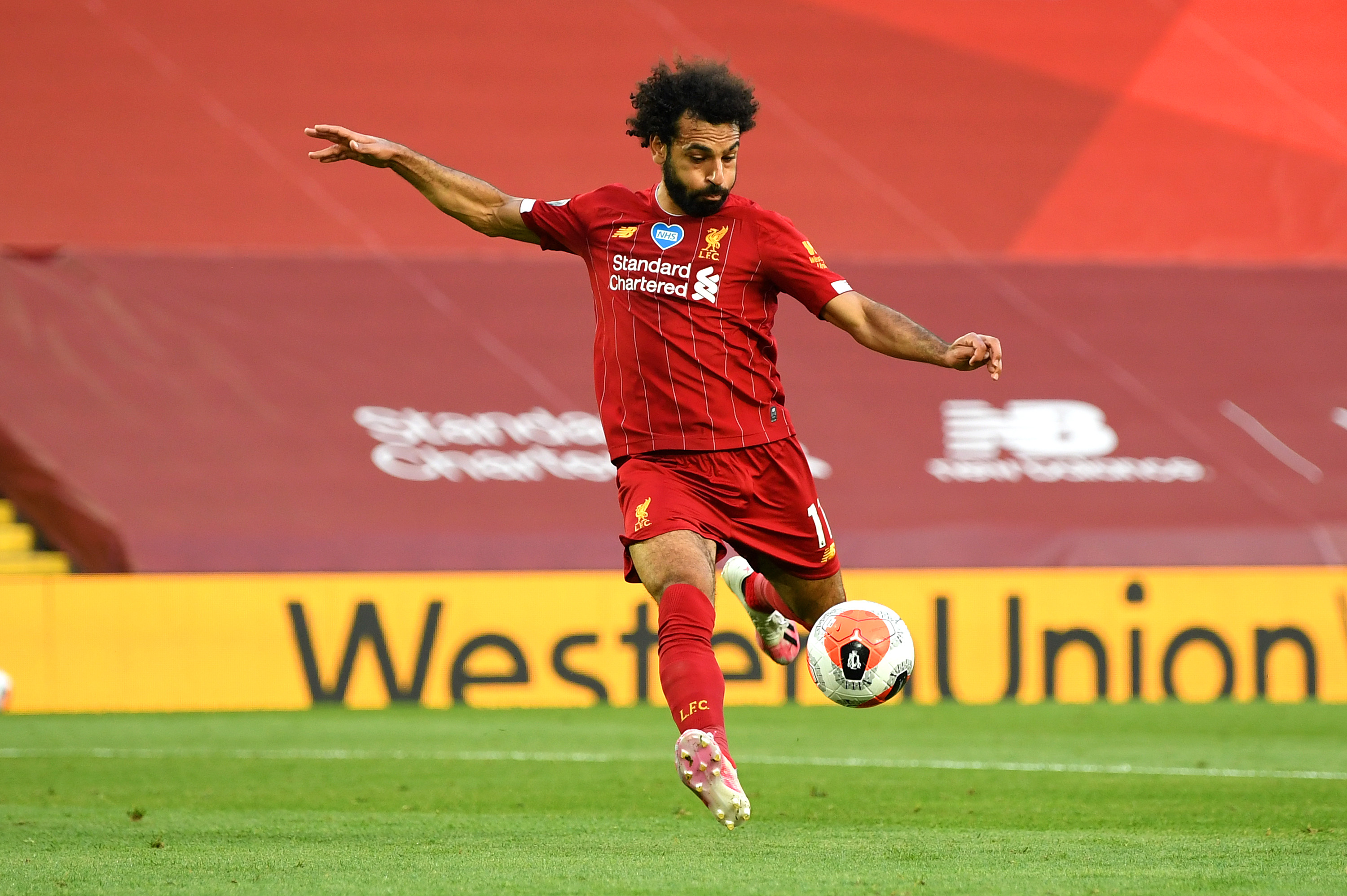 Salah was Dream Team’s top points scorer prior to the lockdown but finished up behind Sterling and Kevin De Bruyne.

Overall it was a great season for the Egyptian, whose 19 goals helped him secure his first Premier League winners’ medal. 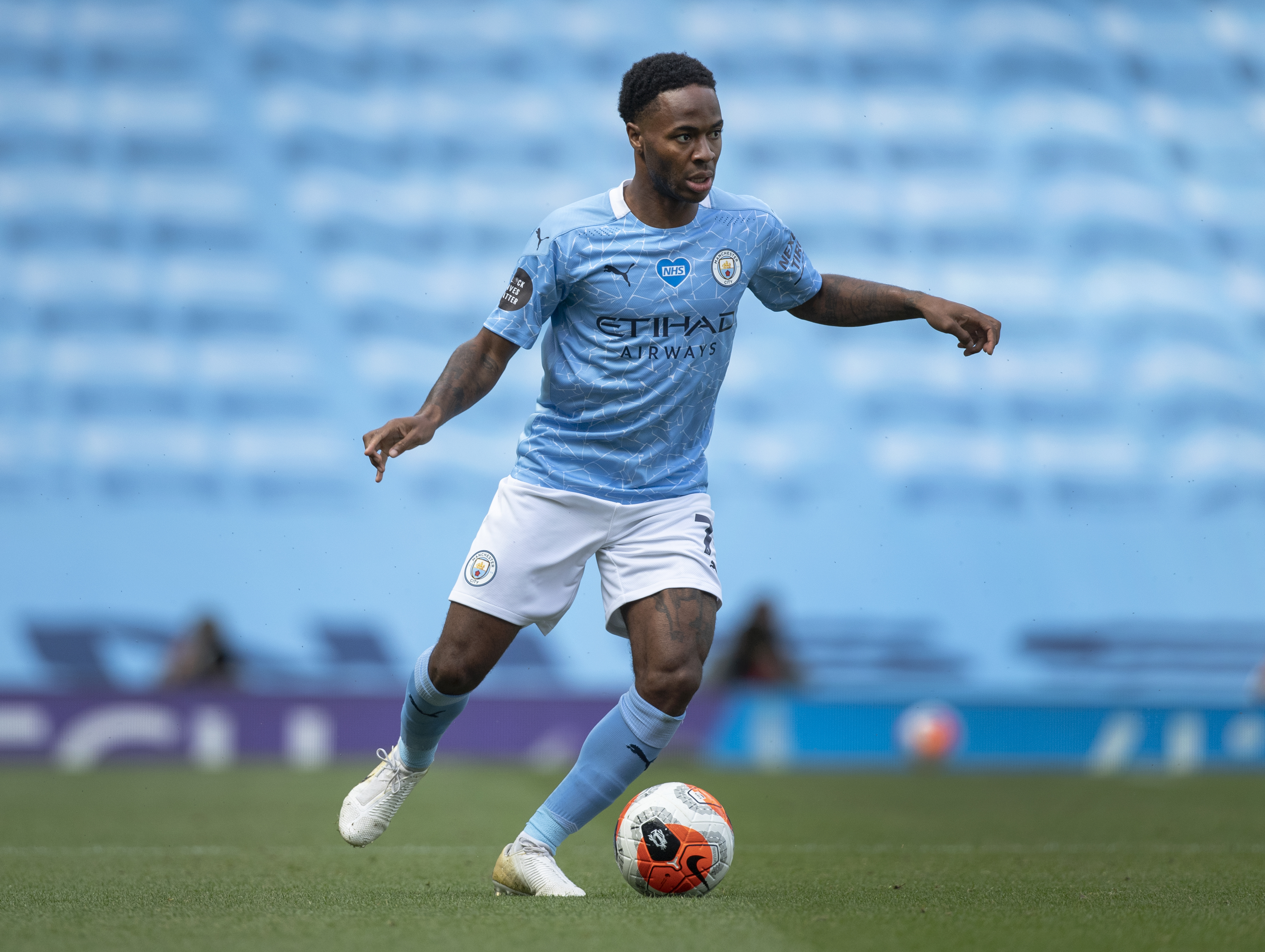 Raheem’s season seemed to consist of three parts; the early months saw him seemingly scoring for fun, but he then suffered a tremendous drought during the festive period right through until the Prem’s lockdown hiatus.

However, he scored in the very first game back as Man City thumped Arsenal 3-0 and found his feet again in the post-lockdown months, eventually finishing the season as Dream Team’s best player overall. 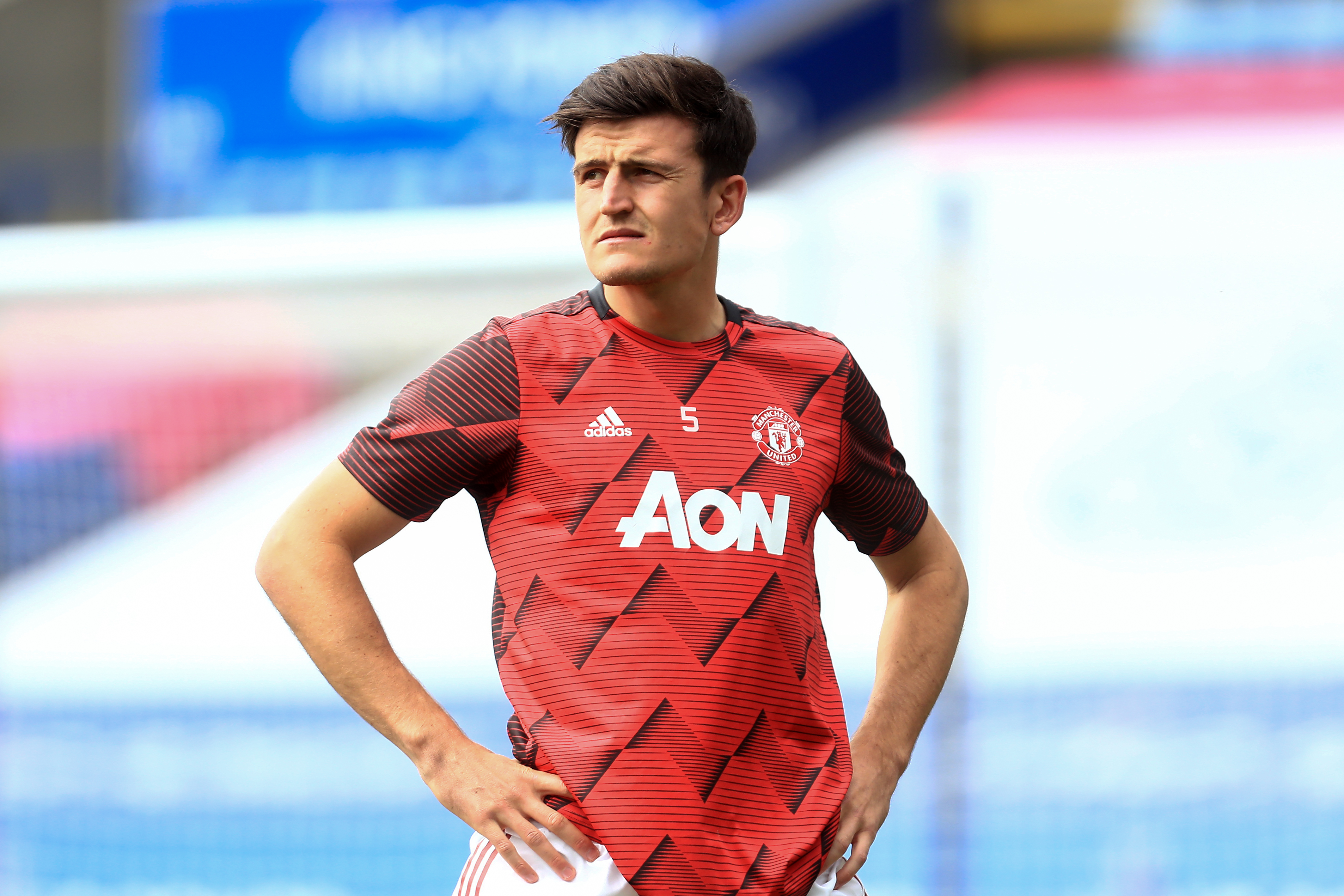 While Marcus Rashford and Anthony Martial impressed in attack for Man United, and the introduction of Bruno Fernandes helped the Red Devils secure Champions League football for the next season… it was Maguire who finished up on top on Dream Team.

His points tally bettered every other defender on the game – including Liverpool’s Trent Alexander-Arnold and Virgil van Dijk. 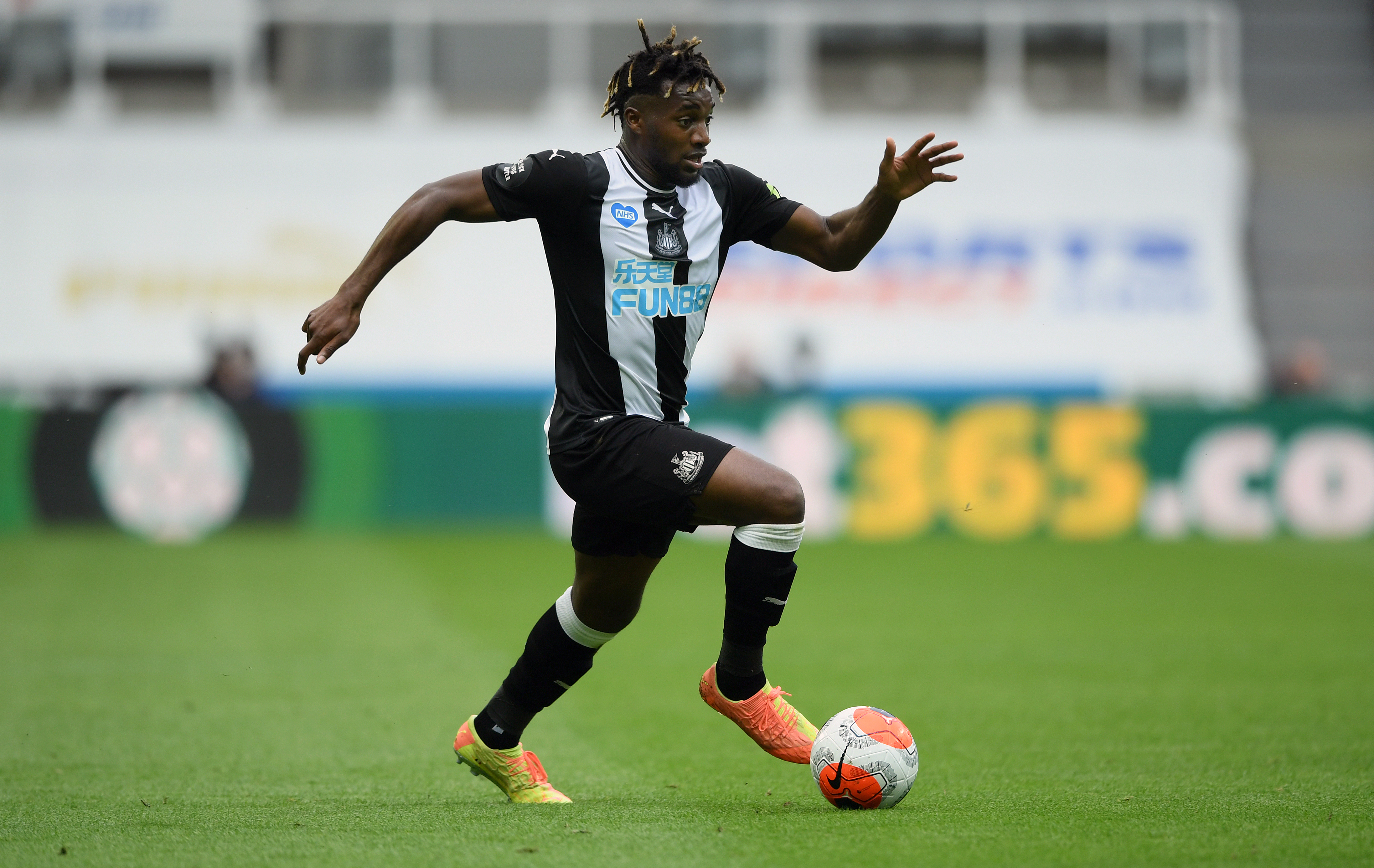 It’s difficult for us to make a case on why you should bother picking a player from Newcastle for your Dream Team, especially as nobody in their team scored 100 points.

Saint-Maximin went pretty close though, and is arguably one of the most enjoyable players to watch in the Premier League… so there is that. 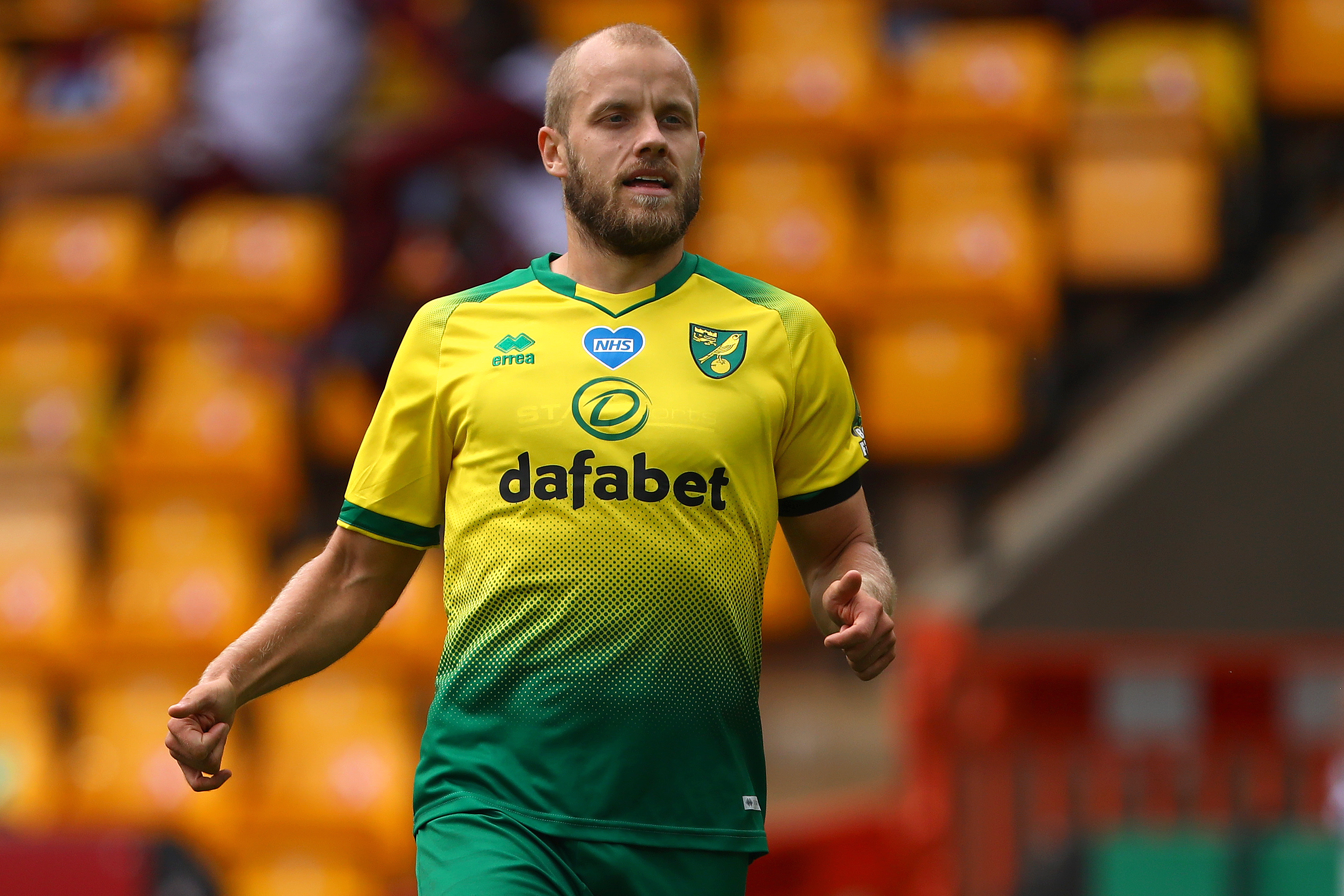 We were all invited to the Pukki party in the early weeks of last season, as the Finnish striker blew us all away with his goal-scoring exploits.

He had six goals by mid-September, including a hat-trick against Newcastle and the winner in Norwich’s glorious 3-2 win over Man City… but the goals, and Dream Team points, soon dried up after that.

However 11 goals in total this term and a haul of nearly 100 points is a decent return for a striker plying his trade in the league’s bottom club. 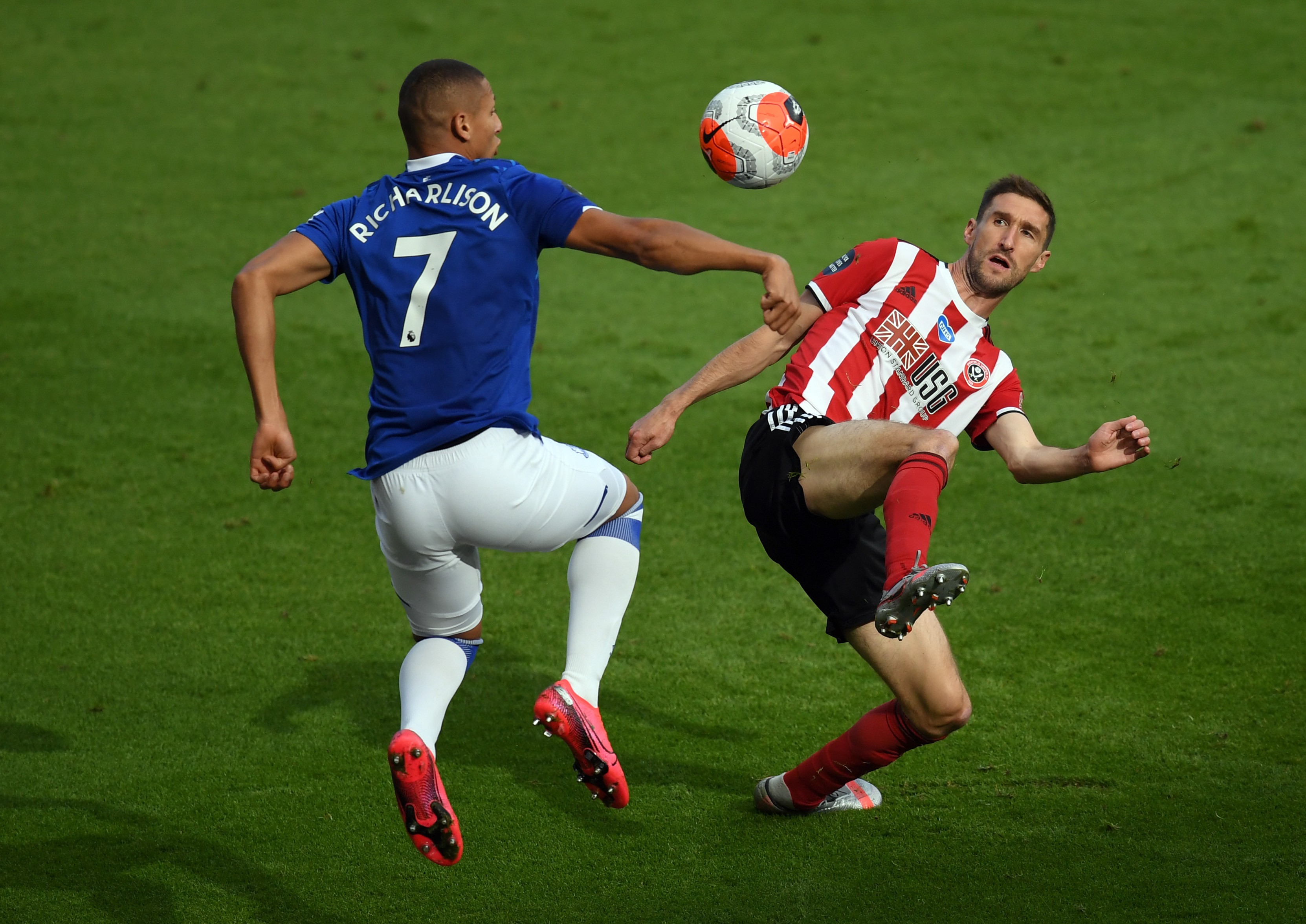 Sheffield United were the Premier League’s surprise package last term and spent the majority of the campaign fighting it out for Champions League qualification, before their disappointing collapse in form after the restart.

Dean Henderson was one of the game’s best goalkeepers for most of the season, while Basham, George Baldock and Enda Stevens were all among the highest scoring defenders — and they were all cheap as chips. 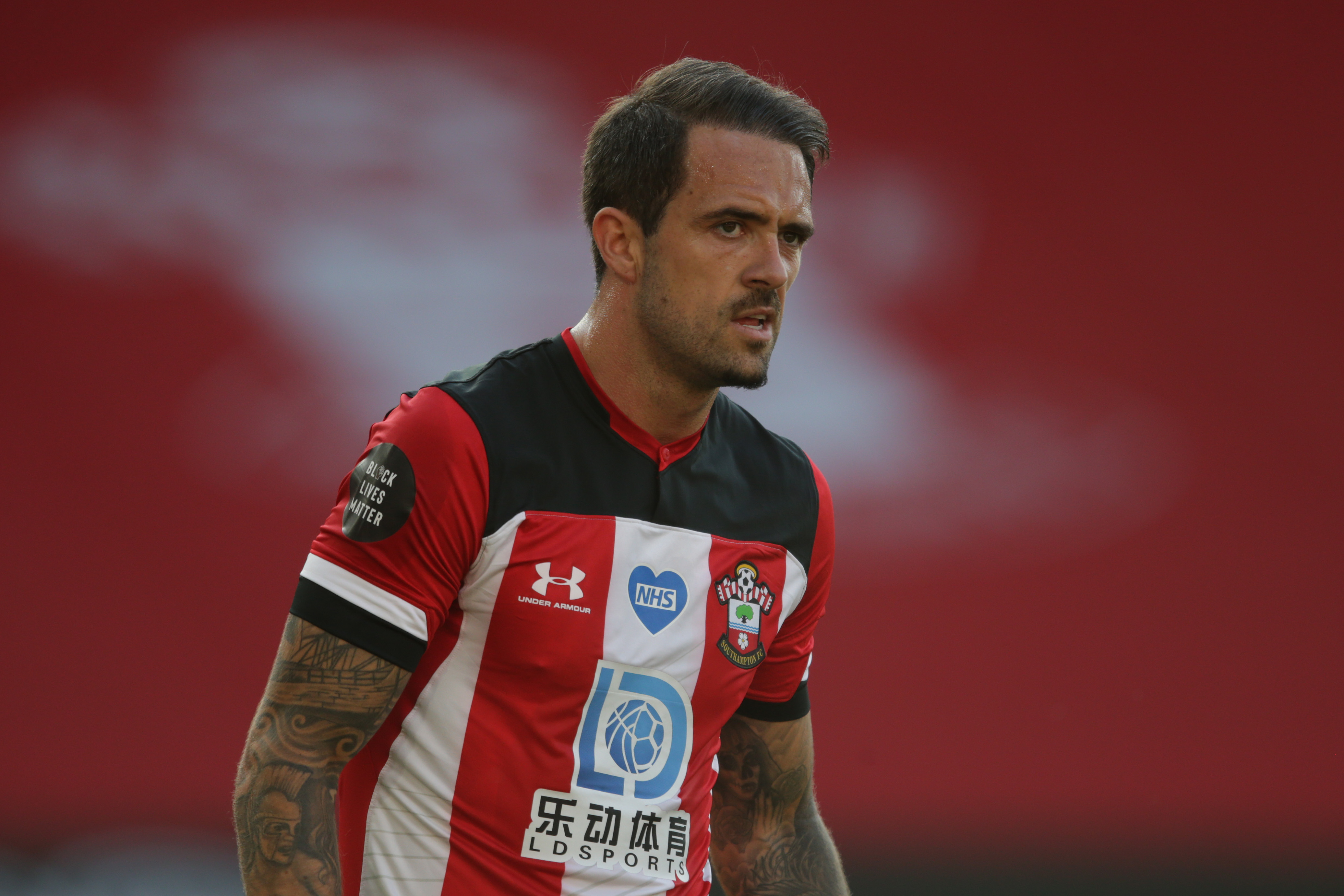 Ings was one of the surprise stars of last season, as the Southampton striker proved to be a very reliable source of goals… and points.

Finishing the campaign with 22 goals – the same amount as Aubameyang – and earning himself a place in Gareth Southgate’s latest England’s squad in the process, it’ll be fascinating to see if he can continue this run of form into next year. 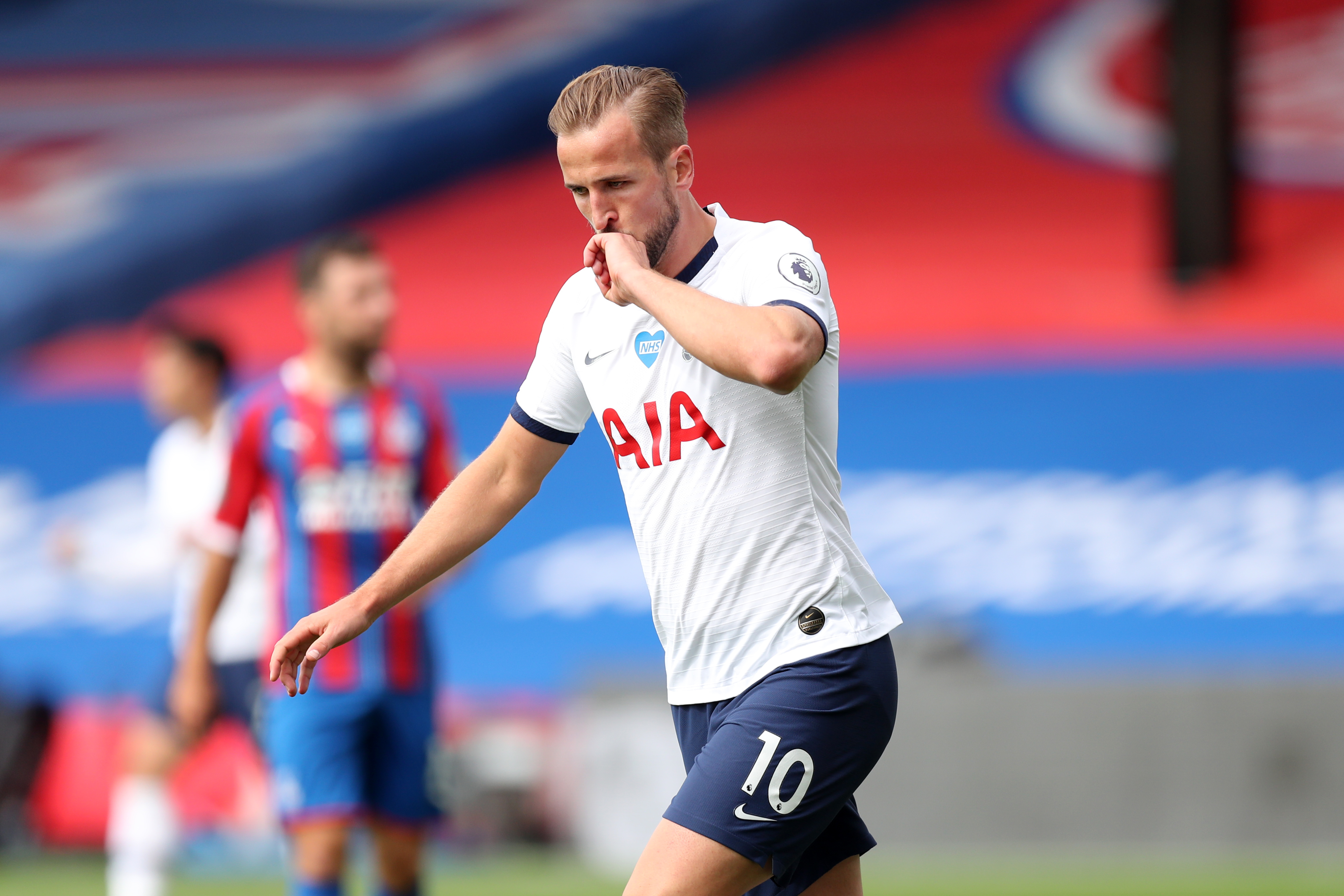 It was another tricky, injury-plagued campaign for Kane, and Spurs’ season suffered as a result.

But the Premier League’s three-month pause gave the England captain enough time to properly recover from his knock in time for the restart, and he was able to finish the final few weeks strongly – even creeping into our top 10 best players. 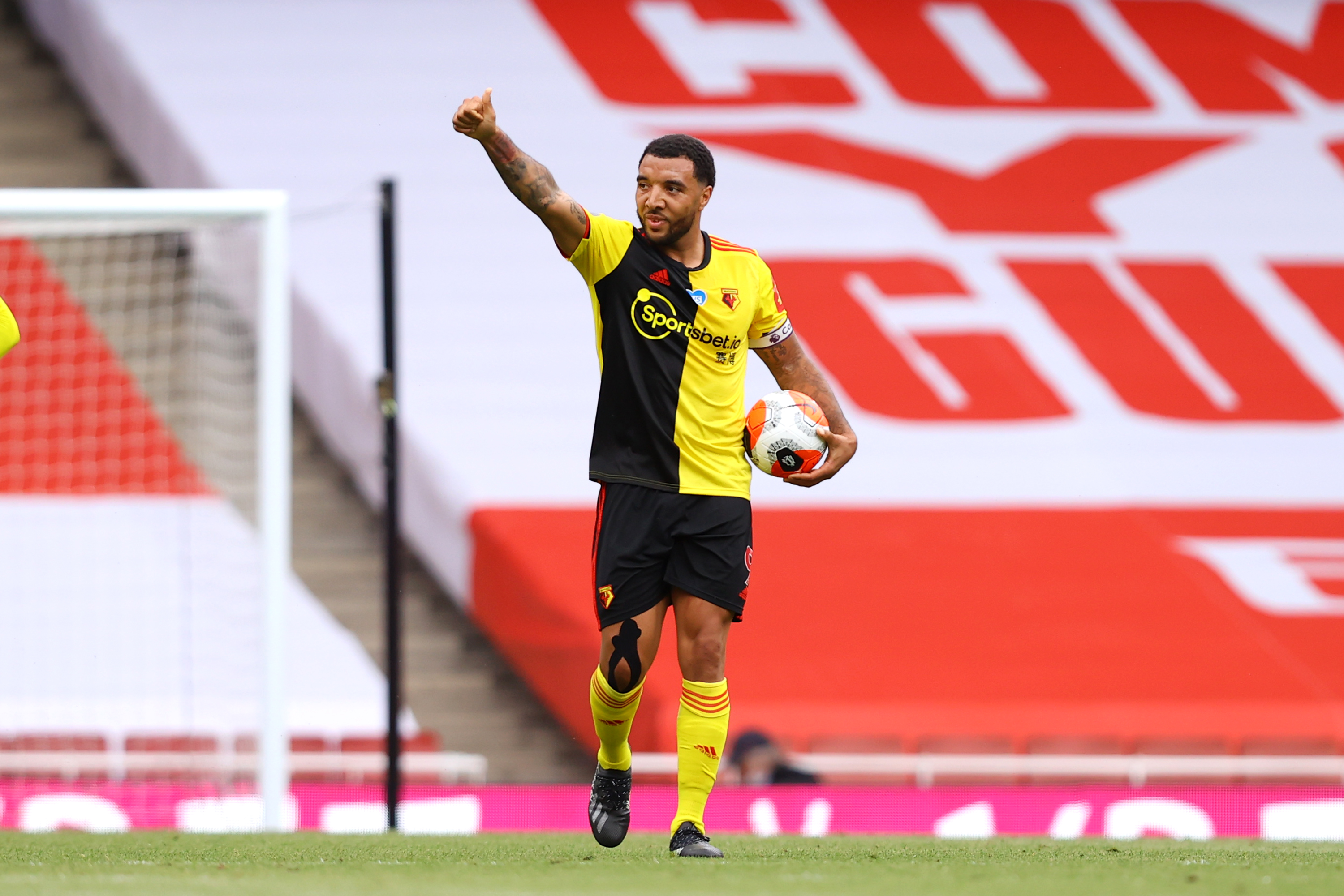 It was a topsy-turvy season for Watford who sacked three managers in 2019/20 and still finished up relegated.

Deeney, as usual, was perhaps the pick of their players… and we wouldn’t be surprised if he becomes their manager in the next year or so. 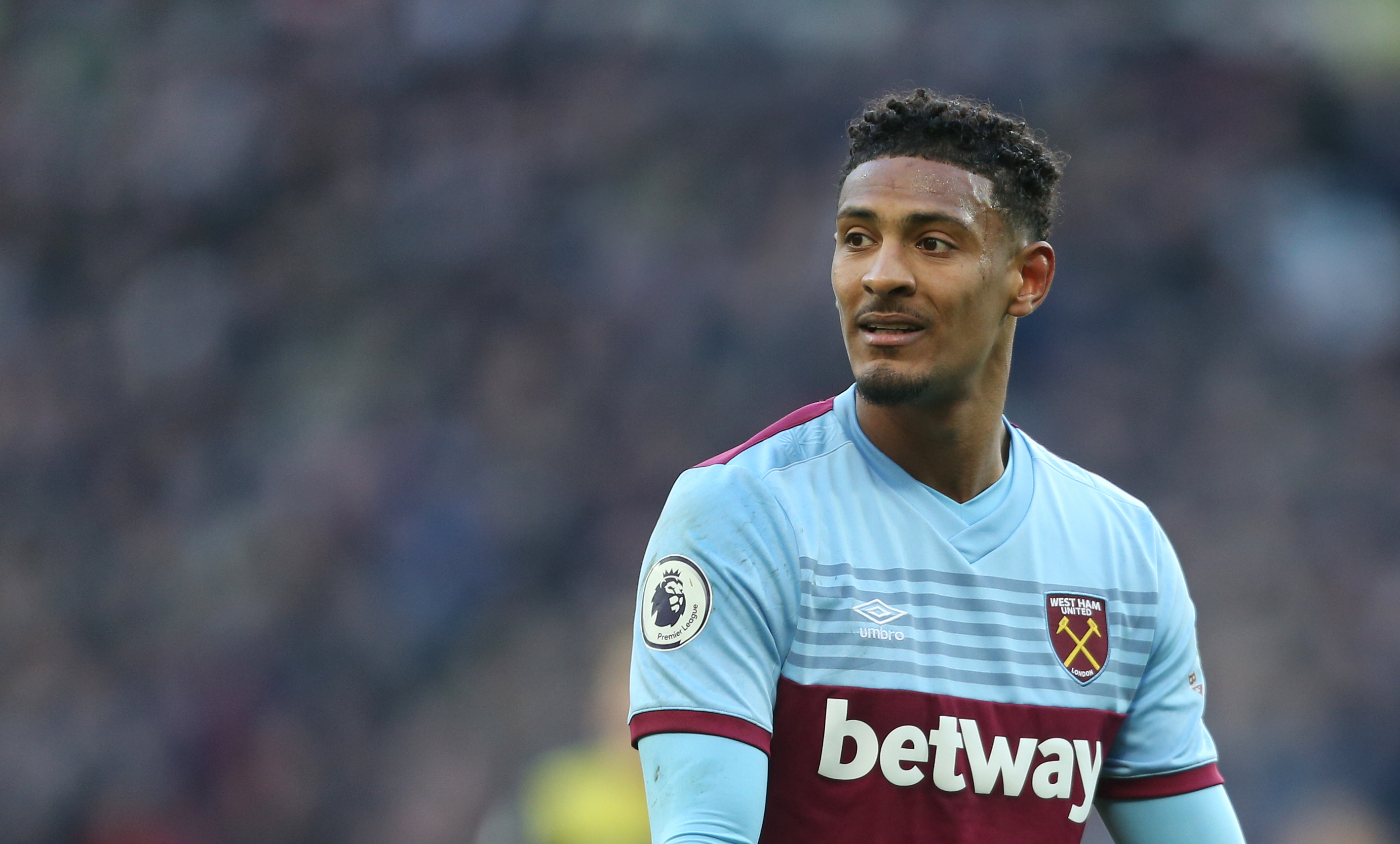 It was a relatively disappointing season for West Ham although their form after the lockdown certainly improved.

But the less said about their summer signings…. the better.

Haller has undoubtedly been the best of the bunch, although seven goals in the league is still quite a poor return from a striker who cost around £45m. 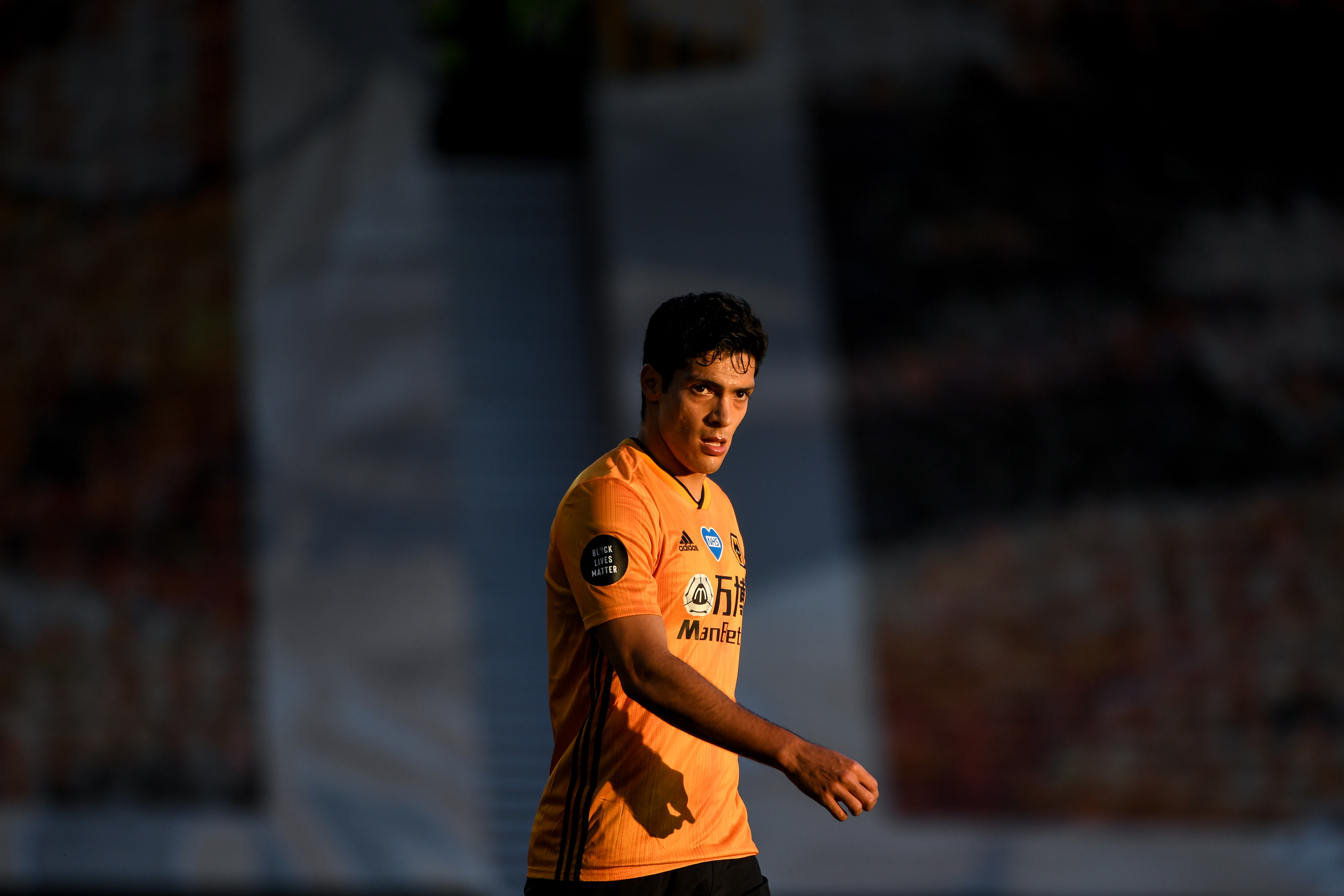 Any one of Jimenez, Adama Traore, Matt Doherty and Diogo Jota could make our list of best bargains, but Jimenez is undoubtedly head and shoulders above his teammates.

The Mexican continually proved to be one of the Prem’s best all-round strikers – capable of both scoring and assisting his teammates – and his form translated brilliantly into fantasy football points.

BEST OF THE BEST

in it to wern it