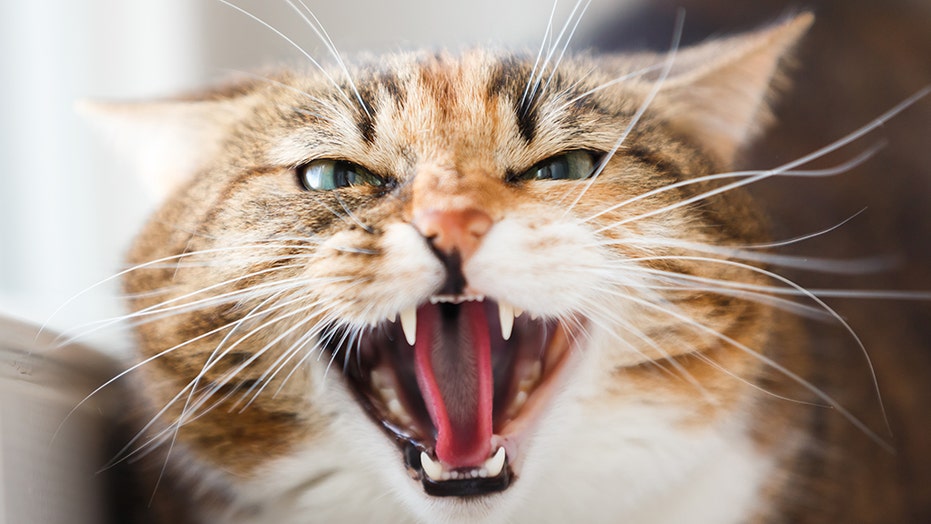 Here’s a moment where life really does imitate art.

Two cats were filmed fighting in the Dominican Republic last week. As they fought, they appeared to act out the iconic scene from “The Lion King” when antagonist lion Scar pushes his brother Mufasa off a cliff into a stampede of wildebeests.

The 10-second video — which was originally posted on Facebook on Thursday — shows the two cats viciously fighting each other on the rooftop of a one-story building.

During the fight, one of the cats rolls partly off the ledge, using its front two paws to hang on to the roof.

The other cat, still fully on the roof, starts to swipe its paw at the hanging cat’s face before it falls to the ground.

Unlike Mufasa, however, the cat fell only a short distance.

Since the video was posted on Facebook last week, it has been reposted on Twitter and has gone viral, with millions of views.

According to Newsweek, one video of the encounter was viewed 6 million times on Twitter, but it has since been taken down.

And of course, because of its similarity to the scene in “The Lion King,” one Twitter user even added the audio from the 1994 animated film onto the video.

The Vanderpump Rules Reunion Teaser Is Here and it's Insane

Gigi Hadid Was Told She ‘Didn’t Have a Runway Body’: ‘People Were Hard on Me’