Stormi’s stamp of approval! Kylie Jenner finally (and formally) announced the launch of her newest venture, Kylie Baby, via Instagram on Tuesday, September 21.

And as it turns out, the line, which is comprised of shampoo, conditioner, lotion and body soap, already has a biggest fan: the one and only Stormi Wester.

“It feels crazy to finally show you guys this because you have no idea how long that we’ve been working on this. To launch a baby line, I wanted to do it the right way. I just wanted to create safe products for babies and kids when I became a mom,” the 24-year-old beauty boss, who is expecting her second child with Travis Scott, said via Instagram Stories.

As such, the line, which is launching on September 28, 2021, is clean, vegan, cruelty-free, fragrance-free and made without parabens, sulfates and silicones. 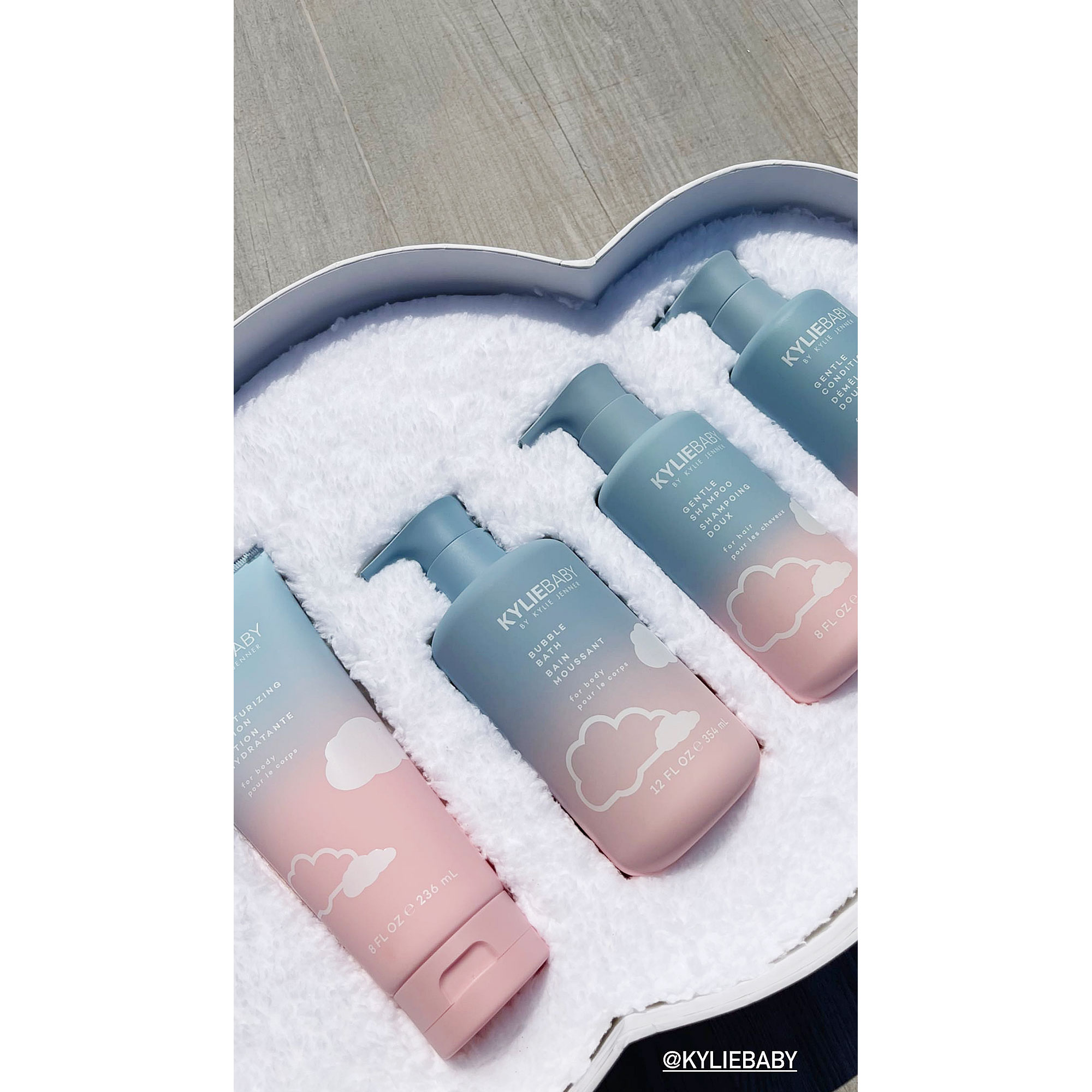 “I wanted to create something that I would use on my own kids. These are all Stormi tested and approved. These are the only products we use for the last, almost two years now,” she added, before walking her followers through each of the products.

Among the little one’s favorite? The shampoo and conditioner duo, which helps “define her curls.”

The Keeping Up With the Kardashians alum first hinted at her project in May 2019 when she filed for the Kylie Baby trademark. In documents obtained by Us Weekly at the time, the former reality star described a variety of products, ranging from skin moisturizers and clothing to baby strollers and furniture.

In June of the following year, the Kylie Cosmetics creator posted a sweet Instagram shot of her and Travis Scott‘s daughter taking a bath.”Bath time with @kyliebaby,” the former E! personality wrote.

While the Los Angeles native linked to the brand’s Instagram page at the time, it didn’t have any posts. Since then, the brand has started to tease the products and show off the adorable pink and blue packaging.

Jenner elaborated on Stormi’s “secret little brand” the following month in a YouTube video, explaining, “We’ve been working on it for a while, but finally it’s pedal to the metal.”

“She has her own office where she gets all her business done,” the Life of Kylie alum said, showing Stormi sitting at a pink desk. The room also featured a ball bit, a conference table, a crib and Barbie dolls.

While Jenner currently sits at the helm, she’s not opposed to her daughter taking the reins in the future.

Everything the Kardashian-Jenner Sisters Have Said About Coparenting

“Stormi is my legacy,” the Kylie Skin creator explained to Tmrw magazine in May. “I’m raising her to be smart and kind and driven. Seeing how my mom, [Kris Jenner], deals with the balance of motherhood and business, she’s just the most accomplished woman I know. My mom did a really good job of raising us, so I think I really want to pass that on to Stormi, to be strong and independent. There are so many strong women [in my family]. Growing up watching my older sisters and my mom was just incredible.”