A former nurse has spoken for the first time about a night shift she spent with killer doctor Harold Shipman during which three patients died, which still haunts her today.

Sandra Whitehead, was just 18 when she worked with the serial killer, and says she was ‘too young and too naïve’ to take her concerns to hospital management after the trio of deaths at Pontefract General infirmary in 1972.

She makes her revelations in ITV’s Harold Shipman: Doctor Death airs as part of ITV’s Crime & Punishment season, which investigates how he got away with murdering 250 patients on the 20th anniversary of his arrest.

Shipman went undetected for three decades until he was convicted of murdering 15 of his patients in 2000, and a later inquiry into his patient deaths discovered he had killed an estimated 250 in total.

One of Britain’s most prolific serial killers, the trusted family doctor, murdered his patients with lethal doses of the drug Diamorphine – 80 per cent of whom were elderly women. 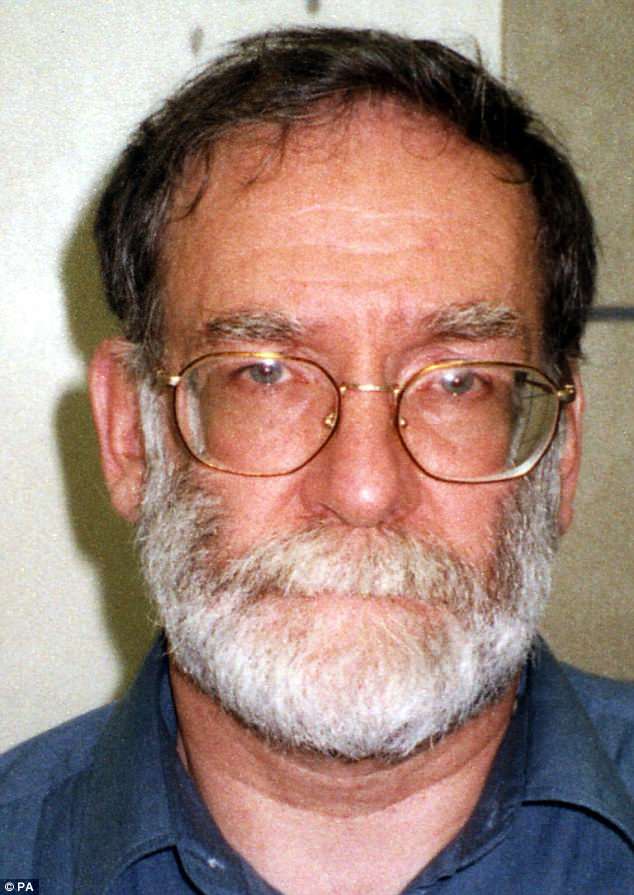 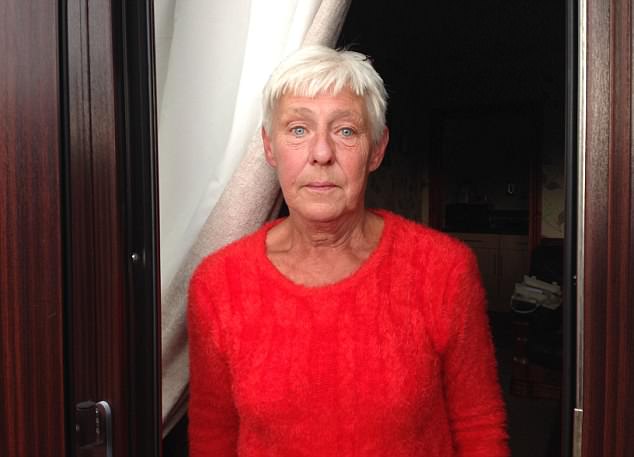 Opening up for the first time, Sandra recalled: ‘One night we had three deaths, we just went from room to room and the patient had died.

‘It just didn’t seem any reason. They were ill but they didn’t look on death’s door. It just seemed a high proportion of deaths out of a 32-bedded ward.’

‘I think I was too young and too naïve, I didn’t have the knowledge and experience to maybe turn round and see senior management and say, “I am not happy about this”.’

On the 20th anniversary of the arrest of Britain’s biggest serial killer, the ITV documentary offers a unique insight into how Shipman got away with secretly poisoning and murdering more than 250 of his patients across three decades before his arrest in 1998. 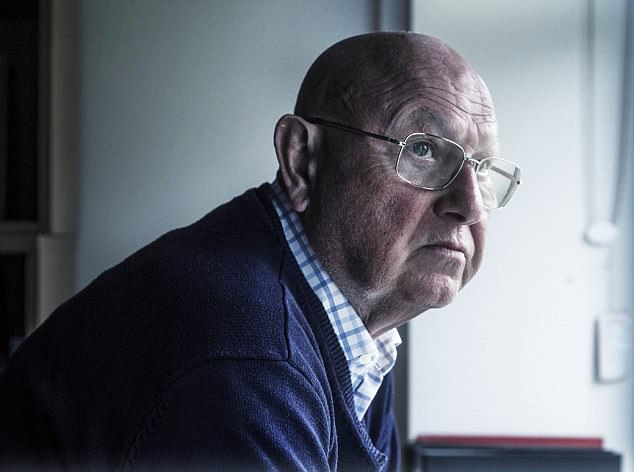 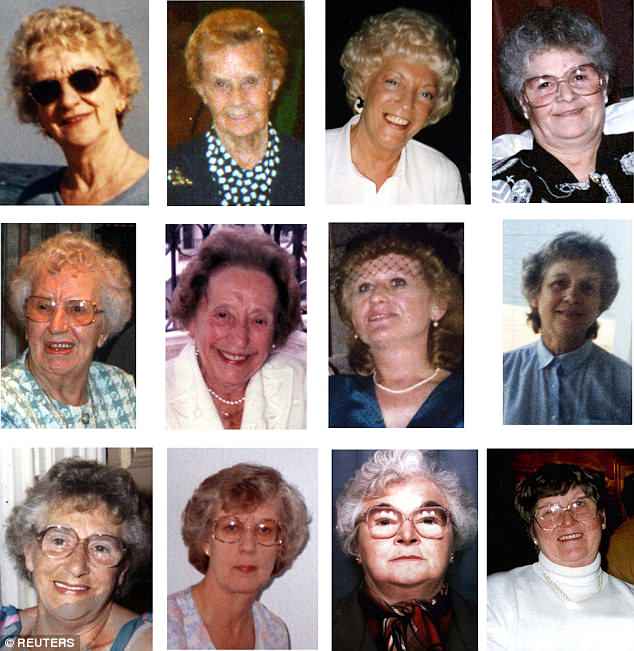 Harold Shipman got away with secretly poisoning and murdering more than 250 of his patients across three decades before his arrest in 1998, pictured just some of his victims 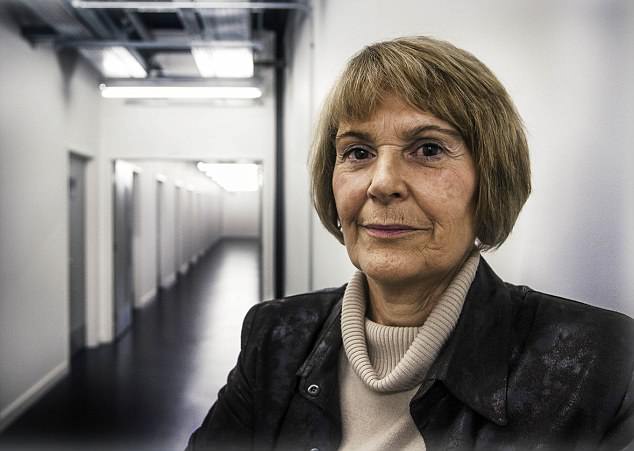 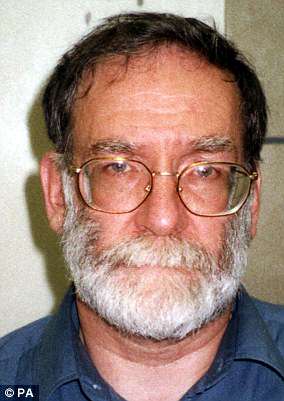 Harold Shipman was convicted of 15 murders, before an inquiry later found he had killed an estimated 250 of his patients

Killer GP Harold Shipman killed an estimated total of 250 patients over a 27-year period stretching back to 1971, using the drug Diamorphine.

Around 80 percent of his victims were elderly women with his youngest victim a 41-year-old man.

Shipman was convicted of drug offences in 1976 after becoming addicted to pethidine as a young doctor, but he was allowed to carry on practising by the General Medical Council (GMC).

He began his killing spree in Pontefract General in the early seventies, and was eventually arrested in September 1998 aged 52, and was jailed for life in January 2000.

Ten days after his whole life-term conviction plus a four-year sentence for forgery, the GMC struck Shipman off the register.

A year after his sentencing an inquiry was launched which concluded that the family doctor had killed at least 215 of his patients between 1975 and 1998, during which he had also practised in Todmorden, West Yorkshire (1974–1975), and Hyde, Greater Manchester (1977–1998).

A sixth and final report in 2005 found further suspicions about other deaths in his early career and Dame Janet Smith, the judge who submitted the report, estimated his total victim count over that 27-year period was 250.

On the eve of his 58th birthday Shipman was found hanged in his cell in Wakefield Prison in January 2004.

His wife Primrose Shipman, who maintained her husband’s innocence after his conviction, received his full NHS pension, which she would not have been entitled to had Shipman lived past age 60.

Sally Reid, a former detective, revealed that police faced widespread resistance during their investigation as the people of Hyde found it hard to accept that their respected doctor could be a murderer.

She said: ‘We were met by some who were really aggressive.

‘How dare we come and suggest something about Shipman because he was “their doctor”,’ she said. ‘They thought he had done a fabulous job with their parent, they thought it was obscene that we should be questioning anything to do with Shipman.’

Her fellow colleague detective Dave O’Brien, concurred: ‘They thought the world of him, his patients thought he was God’s gift.

‘People to this day, still think he was the best doctor ever,’ he explained.

He also revealed the emotional toll investigating the serial killer took on him and the rest of his team.

‘I can remember sat at home one night with the wife, and I just broke down in tears. I’m just sick of all this death and destruction.’

He added: ‘I personally had never worked on anything like that before in my life. I had worked on a lot of murders, but nothing like Shipman had ever happened you know, it was massive.’ 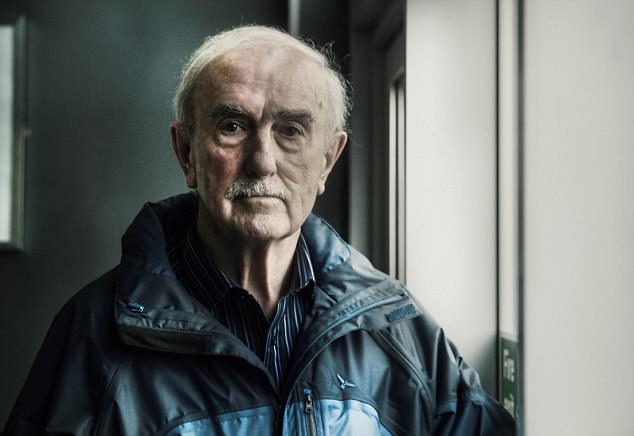 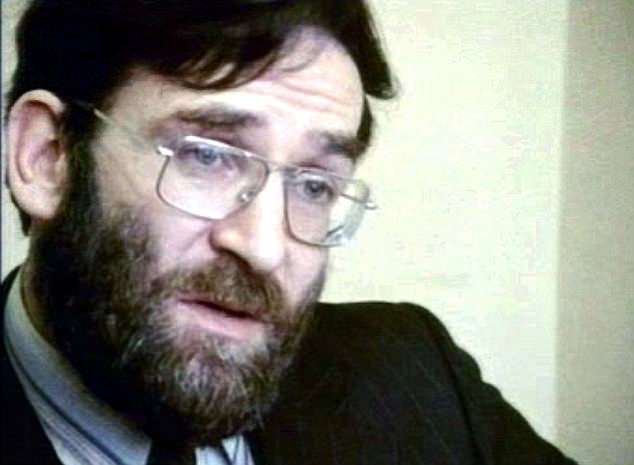 Under the radar and above suspicion Harold Shipman was already killing when he appeared on a documentary to discuss mental health on World in Action ITV, in 1982

Former detective George McKeating, speaking for the first time, said he expected Shipman to be struck off by the General Medical Council in 1975, before he committed many of the killings, after he had uncovered that Shipman was addicted to drugs.

But when he went along to the hearing, waiting to give evidence, McKeating was told that it had already finished.

‘The chairman says he doesn’t think he’s a danger to the public so he’s not going to strike him off, so I was a bit flabbergasted to say the least.

‘In my experience addicts very rarely rehabilitate. I thought I’m going to see this man again.’

Shipman was fined just £600 and sent to rehab, and the following summer in 1977 he re-appeared 30 miles away in Hyde where he had moved with his wife Primrose and their four children and quickly rebuilt his reputation as a trustworthy doctor.

In 1982, his credibility beyond question, Shipman even appeared in an ITV documentary on mental illness – under the radar and above suspicion, a serial killer hid in plain sight.

New Anime On Netflix: All The Movies And TV Shows Coming This Week