Once a Playmate, always a Playmate! Playboy models dating back to 1963 prove they’ve ‘still got it’ as they pose in a sexy spread for the magazine’s ‘equality issue’ – including 77-year-old Bill Cosby accuser Victoria Valentino

Playboy is bringing its veteran Playmates out of retirement.

For its latest issue, which hits newsstands on December 17th, the magazine has photographed five Playmates who’d previously posed for the cover in each decade dating back to the ’60s.

Though they didn’t all get nude for the photoshoot, Victoria Valentino, Candace Collins Jordan, Reneé Tenison, Brande Roderick, and Raquel Pomplun did pose for the sexy magazine’s Equality Issue to prove they’ve ‘still got it.’ 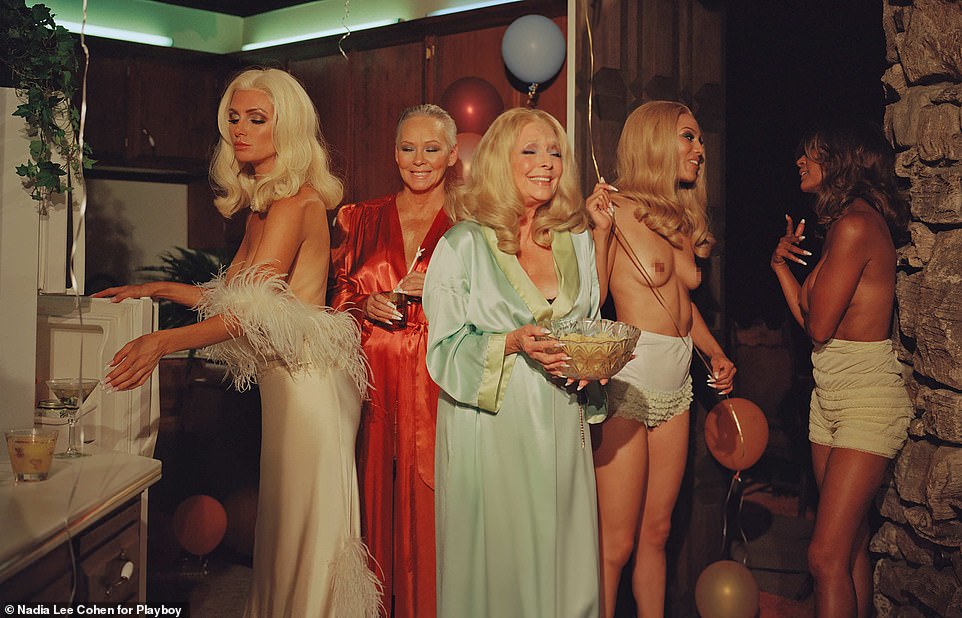 They’re back! For its latest issue, Playboy has photographed five Playmates who’d previously posed for the cover in each decade dating back to the ’60s 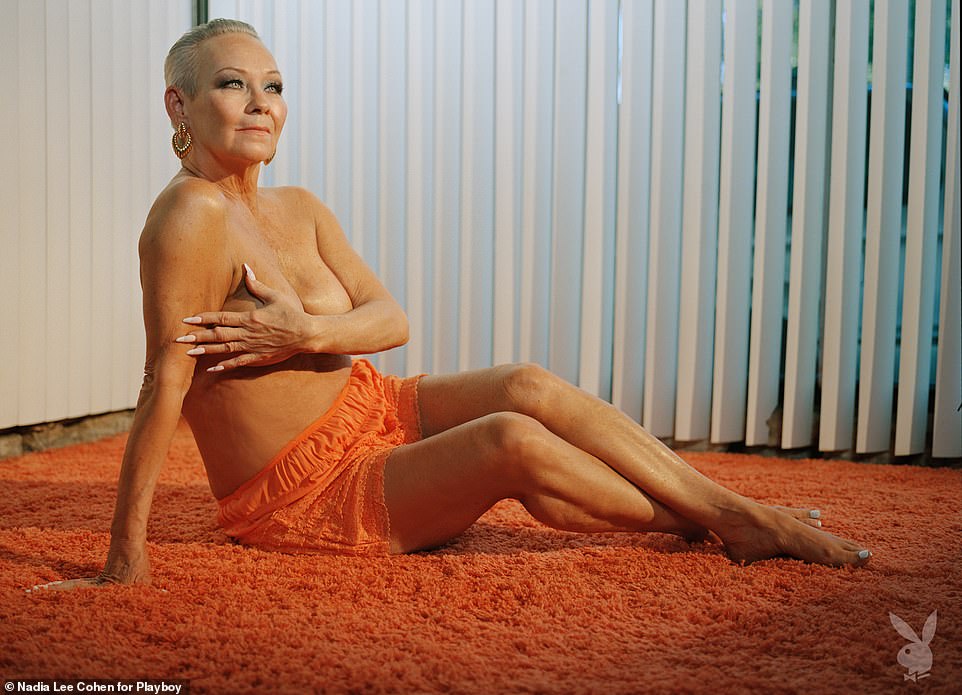 Grand return: Candace Collins Jordan, now 62, was the December 1979 Playmate when she was 22 years old — and goes topless for the new issue 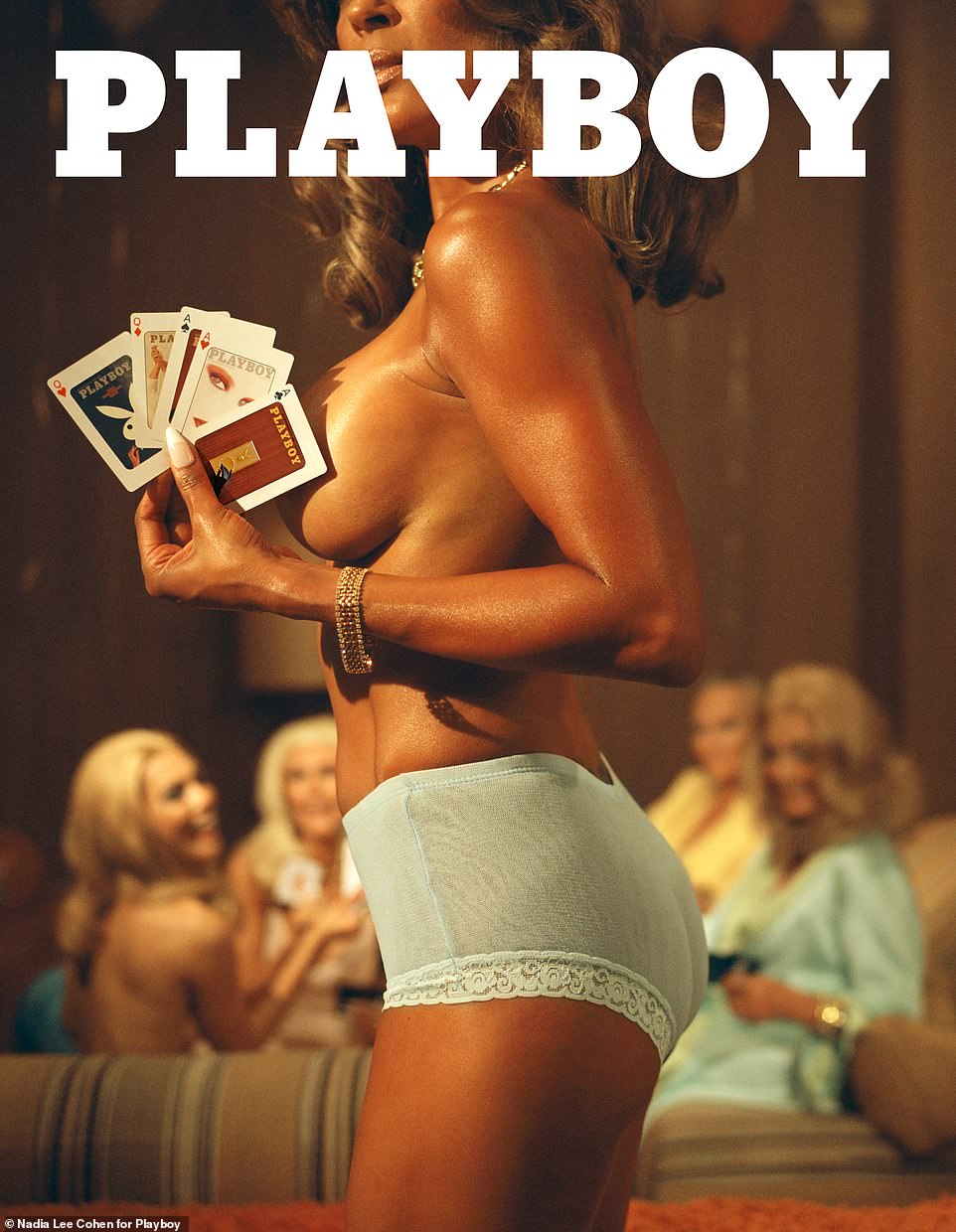 Age is just a number: The magazine proclaims that once a woman becomes a Playmate, she’s always a Playmate — so they brought back some past cover stars for the Equality Issue

The magazine proclaims that once a woman becomes a Playmate, she’s always a Playmate — but it’s not every day that the magazine invites back former cover stars for an encore, decades later.

The new issue includes a photoshoot called ‘Once a Playmate, Always a Playmate,’ which features women going back through 56 years of covers, all posing together in a ’70s-style setting.

The oldest Playmate to return is 77-year-old Victoria Valentino — who was the cover star at age 20 back in September 1963, and is now the oldest woman ever to pose for Playboy.

Previously, that honor had been held by actress Jane Seymour, who posed at age 67 in February of 2018.

Victoria — who made headlines in 2014 as one of women to accuse Bill Cosby of drugging and raping her — dons sexy robes for the shoot.

Next up is  Candace Collins Jordan, 62, who was the December 1979 Playmate when she was 22 years old. 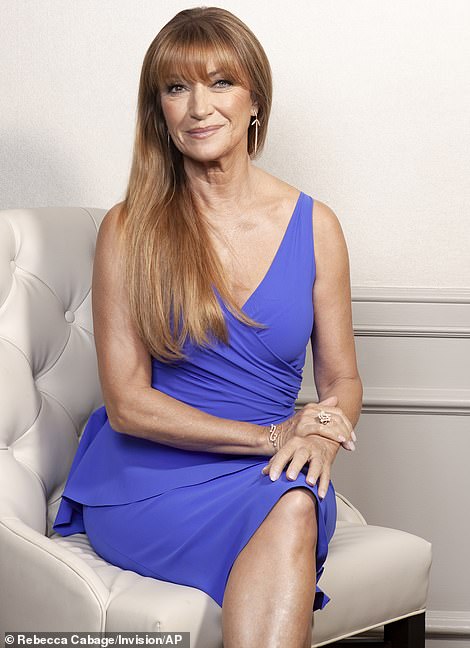 Unseated: Previously, Jane Seymour, pictured in October, had been the oldest woman to pose for Playboy, at age 67 in 2018

Candace does strip down a bit, lounging on an orange shag carpet in orange panties and nothing else, shielding herself on top with her arm.

In another shot, she sips a martini by the pool in a strapless top.

‘I want to show women that beauty and sexuality have no limits,’ she told the magazine.

Reneé Tenison earned her first cover in November of 1989 at age 21, and returned as the first African American Playmate of the Year in 1990.

Finally, the youngest of the bunch is Raquel Pomplun, 32, who was a Playmate in April 2012 at age 24 and the first Mexican American Playmate of the Year in 2013.

Raquel is the only one of the bunch to pose totally nude for the new shoot, baring her breasts in one snap and lounging sans a stitch of clothing on a couch in two others.

Raquel, who now works as a comedian, said the shoot is ‘a rebellion in the face of criticism and judgment.’

Pisces weekly horoscope: What your star sign has in store for Feb 21 – 27

Whoopi Goldberg Shocked at Trump White House: 'I Really Want Some of What They're Smoking'