Former Scottish model reveals how she became a funeral director

From cosmetics to coffins! Woman, 28, reveals how she ditched her career as a beautician to become a FUNERAL director – and insists she can’t think of a more rewarding job

A woman who trained a beautician has revealed how she ditched her career in cosmetics to become a funeral director.

At 18, Raegan Drew, now 28, from Midlothian, Scotland became was juggling a job at McDonalds with studying to gain a beauty qualification and also modelling.

Despite being represented by leading agency The Model Team in Scotland, she decided that a career in modelling or beauty wasn’t what she wanted and started looking at other ways of applying her knowledge – coming across the idea of embalming corpses.

Now she’s worked her way up to be a funeral director after deciding she wanted to be involved in the whole process, and despite being surrounded by people at the saddest time of their lives, she insists it’s hugely fulfilling.

‘We are able to help people and support bereaved families when they need it most and if at the end of a funeral, a family say ”thank you – that was perfect” I know we have done our job and it’s the best feeling,’ she told Femail.

‘I really couldn’t think of a more rewarding job than the one I do.’ 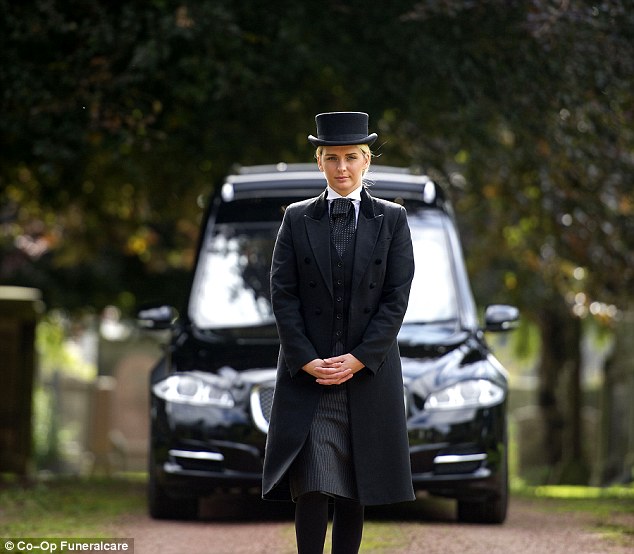 Raegan Drew, 28, from Midlothian, Scotland traded in a potential career in the beauty industry to work with corpses after realising she wanted to be a funeral director. Here she is pictured with a hearse at Grange cemetery in Edinburgh

Raegan got her first insight into embalming while doing work experience at a small funeral directors.

She was enthralled by the job and went on to fund a private embalming course for herself.

‘I don’t know what led me to look into embalming but once I made my mind up that was what I wanted to do, I applied relentlessly for a year to various funeral homes across Scotland,’ she said.

‘After an initial knock back from an interview, I decided to send Co-op Funeralcare a letter every month for a further year which finally led to a second interview when a position as a funeral arranger became available. 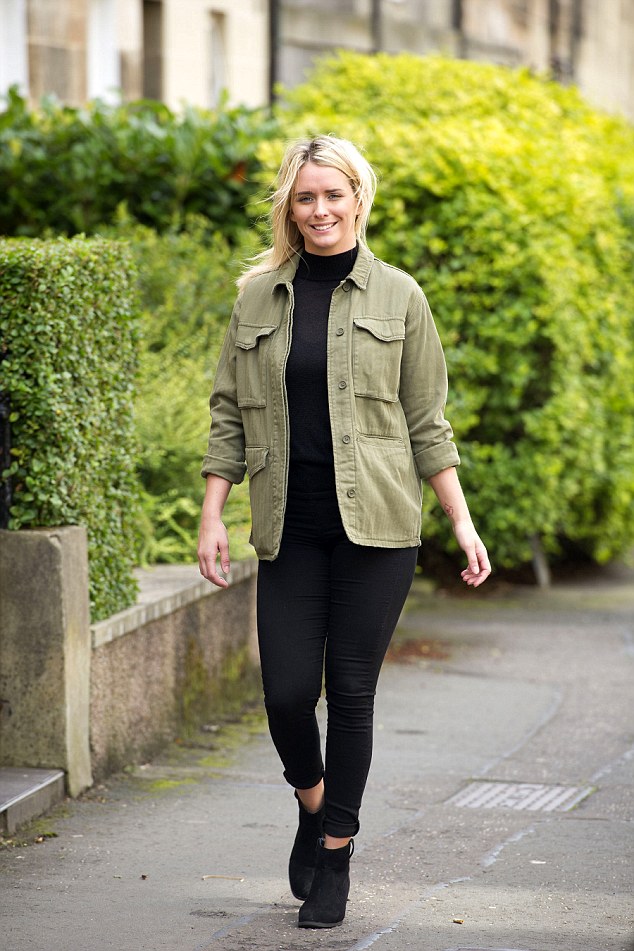 At 18, Raegan was juggling a job at McDonalds with studying to gain a beauty qualification and part time modelling. However, she said she knew that none of it interested her as a career and her interest was later piqued by embalming 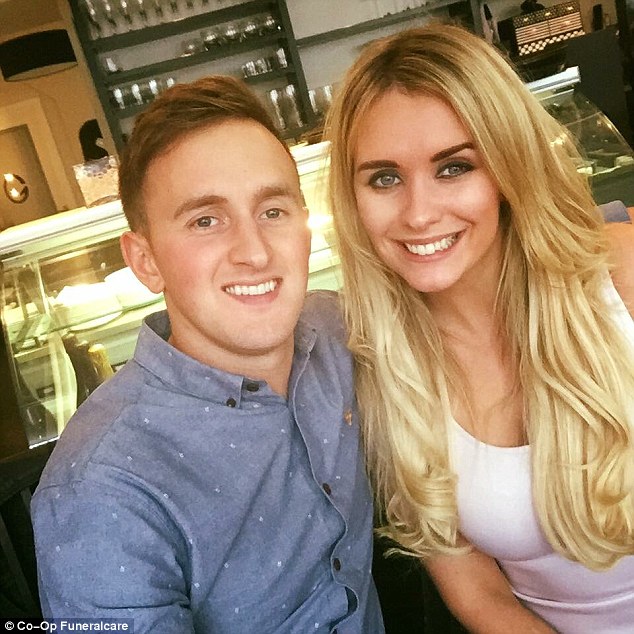 Raegan was rejected when applying for a job initially but sent Co-op Funeralcare a letter every month for a further year and eventually succeeded in getting a job. Here she is pictured with her brother

‘I got the job and after achieving my qualification in this role, I became a funeral director. My ambition to become an embalmer changed when I decided I wanted to be involved in the funeral process from start to finish.’

Explaining her day-to-day role, Raegan said that she is with the friends and family of the deceased from the beginning of the planning right through to the day of the funeral.

‘As a funeral director, my role is to be there with the client from start to finish, ensuring that all their wishes are carried out exactly as agreed,’ she said.

‘I book the funeral, the officiant, arrange the transport, the wake, devise the order of service, order flowers, a headstone and anything else they may want. 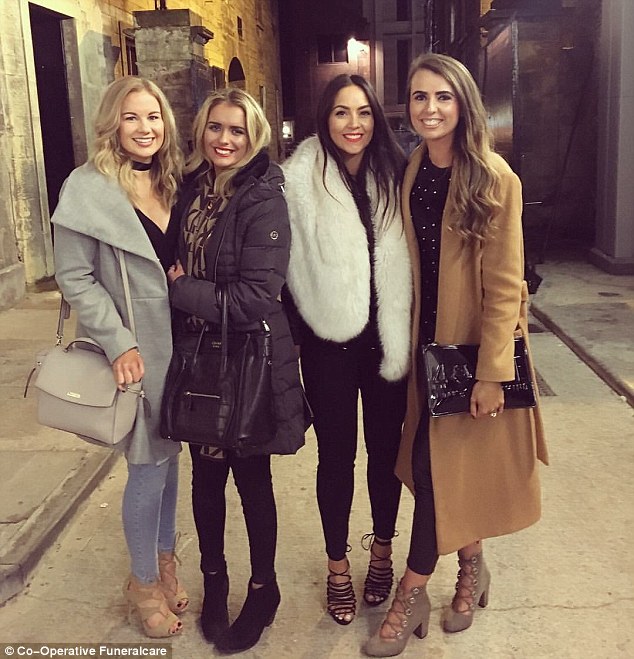 Raegan, second from the left, says that in her role as a funeral director, she has to be there with the client from start to finish, ensuring that all their wishes are carried out exactly as agreed. Here she is pictured out with friends who are very pro

Raegan says that the reactions of families that she works with are the most rewarding thing about her job.

She shared a story about how they played a David Guetta and Usher dance song at the funeral of an elderly woman.

‘I had a gentleman in his 80s who wanted a dance song for his wife’s funeral,’ she recalled. ‘He told us he wanted a song called Without You, so I played the one by David Guetta and Usher to him as it was the only one I could think of. It was just what he wanted.

‘If you listen to the lyrics, “I am lost, I am vain, I will never be the same without you”, it’s absolutely fitting.

‘I didn’t expect it but it was heart-breaking to know this man could relate so well to what is usually a dance tune.’ 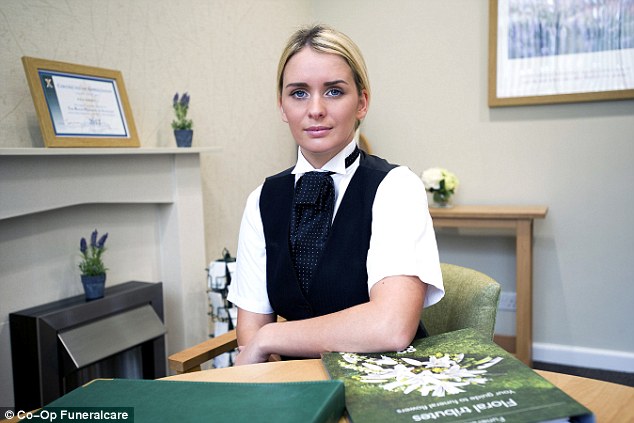 Raegan says that her friends and family are very supportive of her career and are very proud of what she does. However, she admits that it is difficult to organise the funerals of people that she knows and is close to

Raegan admitted that most people are surprised when she tells them what her job is.

‘My least favourite reaction is when people say ”well someone’s got to do it I suppose”. I always find this offensive because what we do is an honour,’ she said.

She added: ‘The most common question I’m asked is, ”are you not scared?”. I have no idea what people expect me to be scared of.

‘Anyone I have previously been in a relationship with knows what I do for a living, it’s not something I tend to go into detail with about people. I’m a funeral director and that’s about as much as they need to know.’ 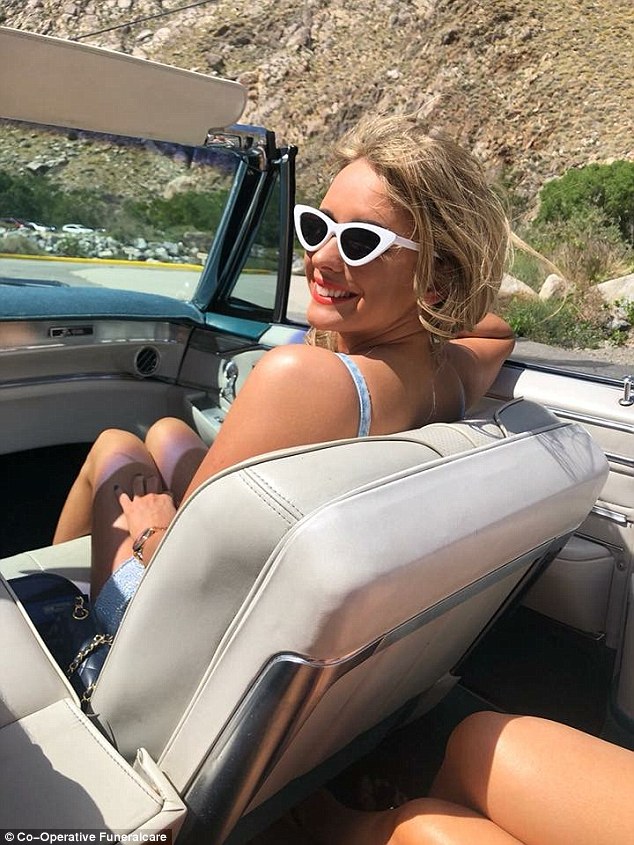 Raegan admits that people are surprised when she tells them what she does as a career. She says that it upsets her when people say ‘well someone’s got to do it’, as she believes that organising funerals should be considered an honour. Here, she is pictured in Palm Springs , California while attending Coachella festival

Raegan paid tribute to her friends and family and said that they are proud of what she does. However, she admits that it’s difficult to arrange funerals for people she knows.

She said: ‘My family and friends are so supportive. They are all very proud of the role that I do. My friends love introducing me with ”guess what her job is” – no one has got it right yet.

‘Unfortunately, I’ve had to arrange and conduct funerals within my own circle of family and friends and it’s at these times those closest to me get to see in a bit more depth what I do.

‘They still can’t believe the job I do, but it’s at these difficult times they are most proud.’ 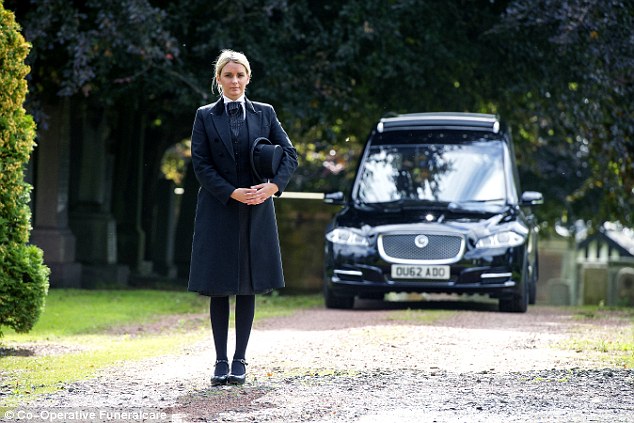 Raegan, pictured at the Grange Cemetery, says that the most common question she is asked is whether her job scares her. She says that the question always confuses her as she doesn’t understand what there is to be afraid of