Gabrielle Union and Emma Corrin have both stepped out in recent days rocking Loewe’s leather bras inspired by balloons — and fans aren’t quite sure what to make of the surrealist style statement.

On Sunday, ahead of the 2022 Met Gala, Union and husband Dwyane Wade stepped out for dinner at Casa Cipriani, with the “Cheaper by the Dozen” actress wearing a red dress from the fashion house’s fall 2022 collection screened with the image of a woman’s naked body — complete with balloon “breasts.”

With its three-dimensionality and knotted “nipples,” the look likely drew double takes from passersby.

While plenty of the “Bring It On” star’s famous friends loved the look — Janelle Monáe commented on Union’s Instagram post that she was “obsessed,” while Minka Kelly and Garcelle Beauvais dropped plenty of fire emojis — some fans weren’t as impressed. 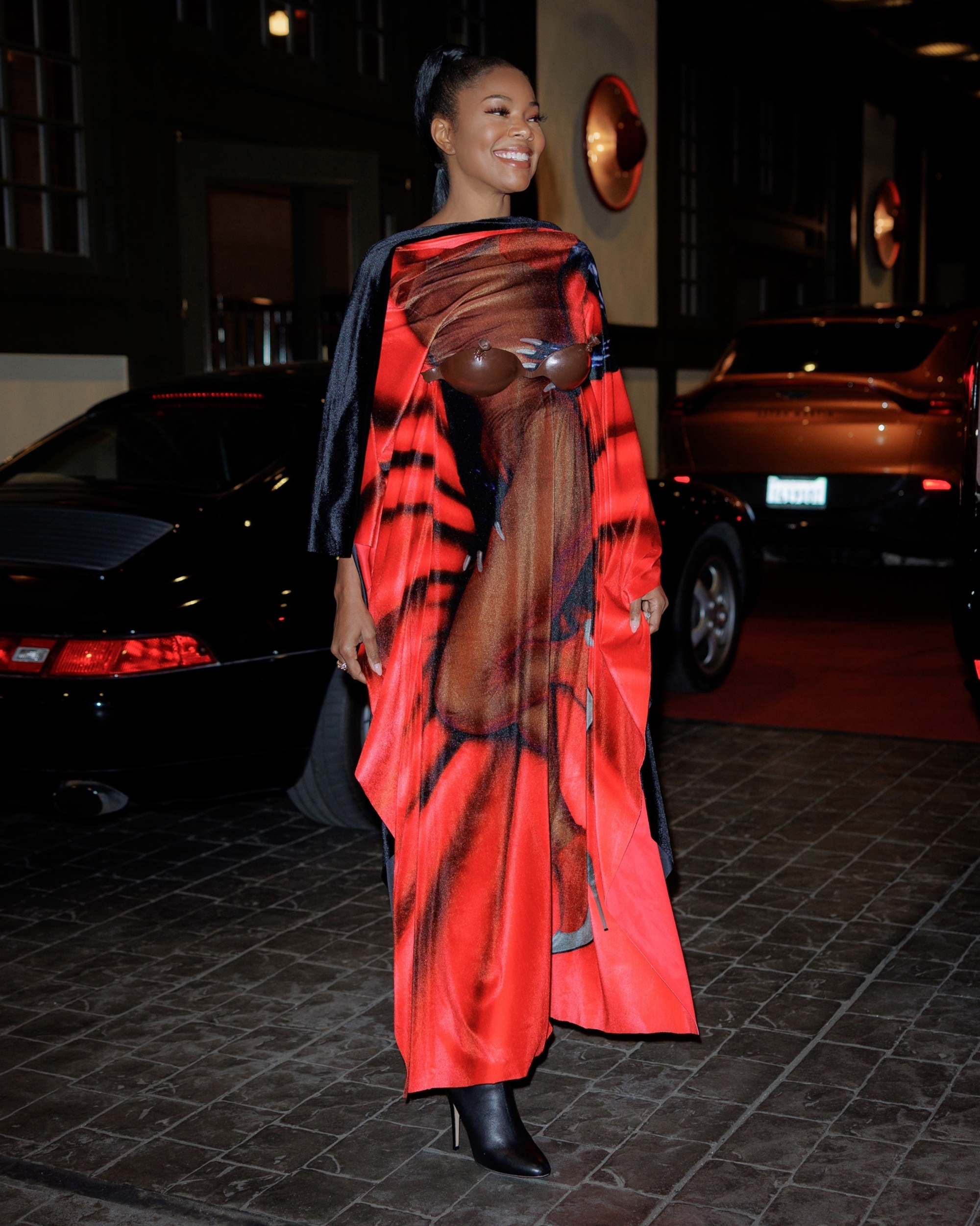 One dubbed it “the most confusing dress of all time,” another wrote, “Girl wtf,” and a third quipped, “Hmmmmm is all I can say.”

“I’m not sure about the selection but you are very beautiful,” a fourth rather diplomatically added. 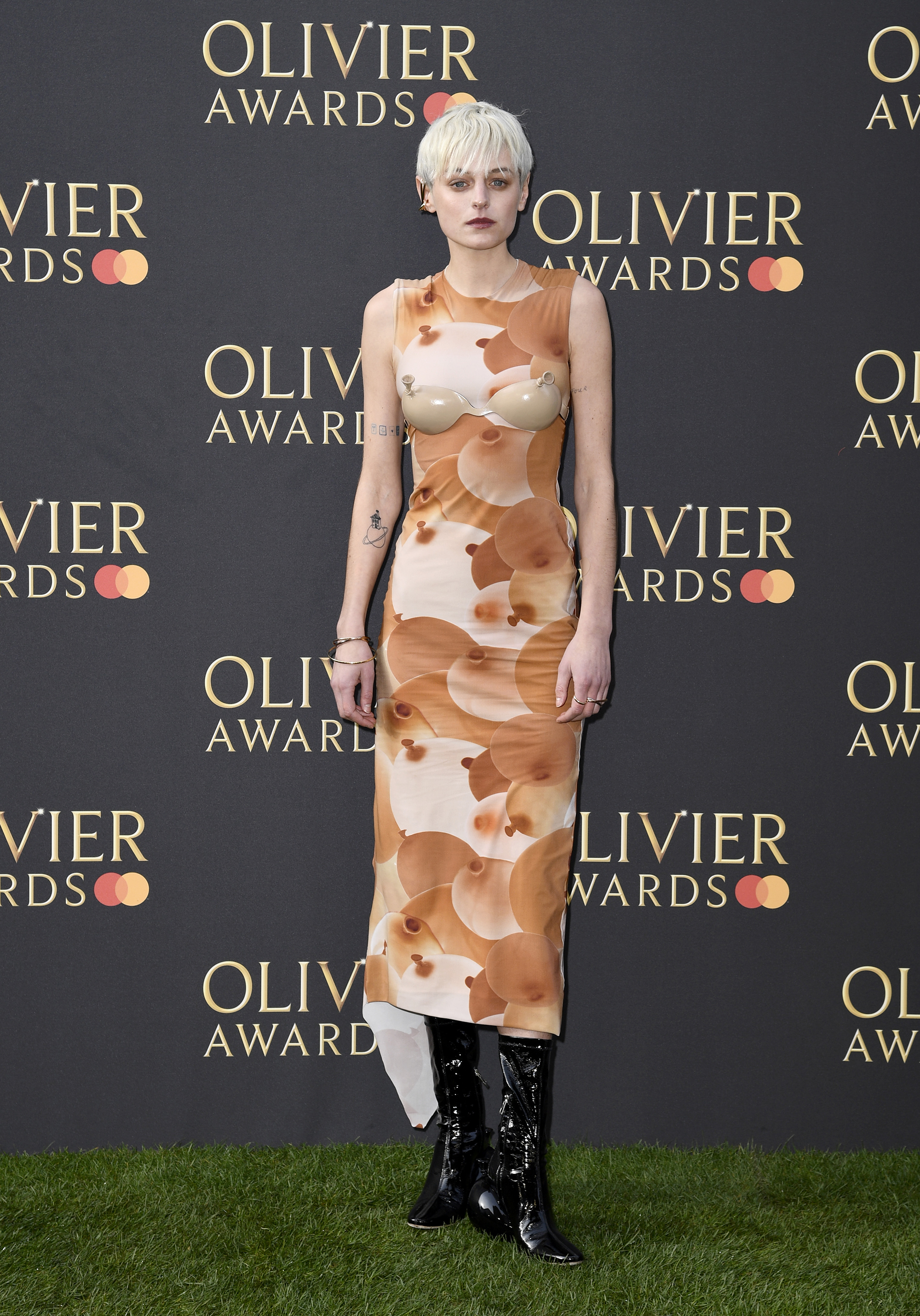 Emma Corrin, who plays Princess Diana on “The Crown,” debuted the balloon bra at the 2022 Olivier Awards in London in April — along with a matching nude-colored dress covered in a balloon print — and toasted “to god damn [sic] CAMP” in her Instagram caption showing off the look.

Commenters were divided, with one writing, “i probably don’t get the point,” another saying, “This is the worst dress I’ve ever saw [sic],” and a final asking, “Why tho.”

Other fans praised her getup as “absolute fire” and “iconic,” however, with one even writing, “The balloon brassiere is everything.” 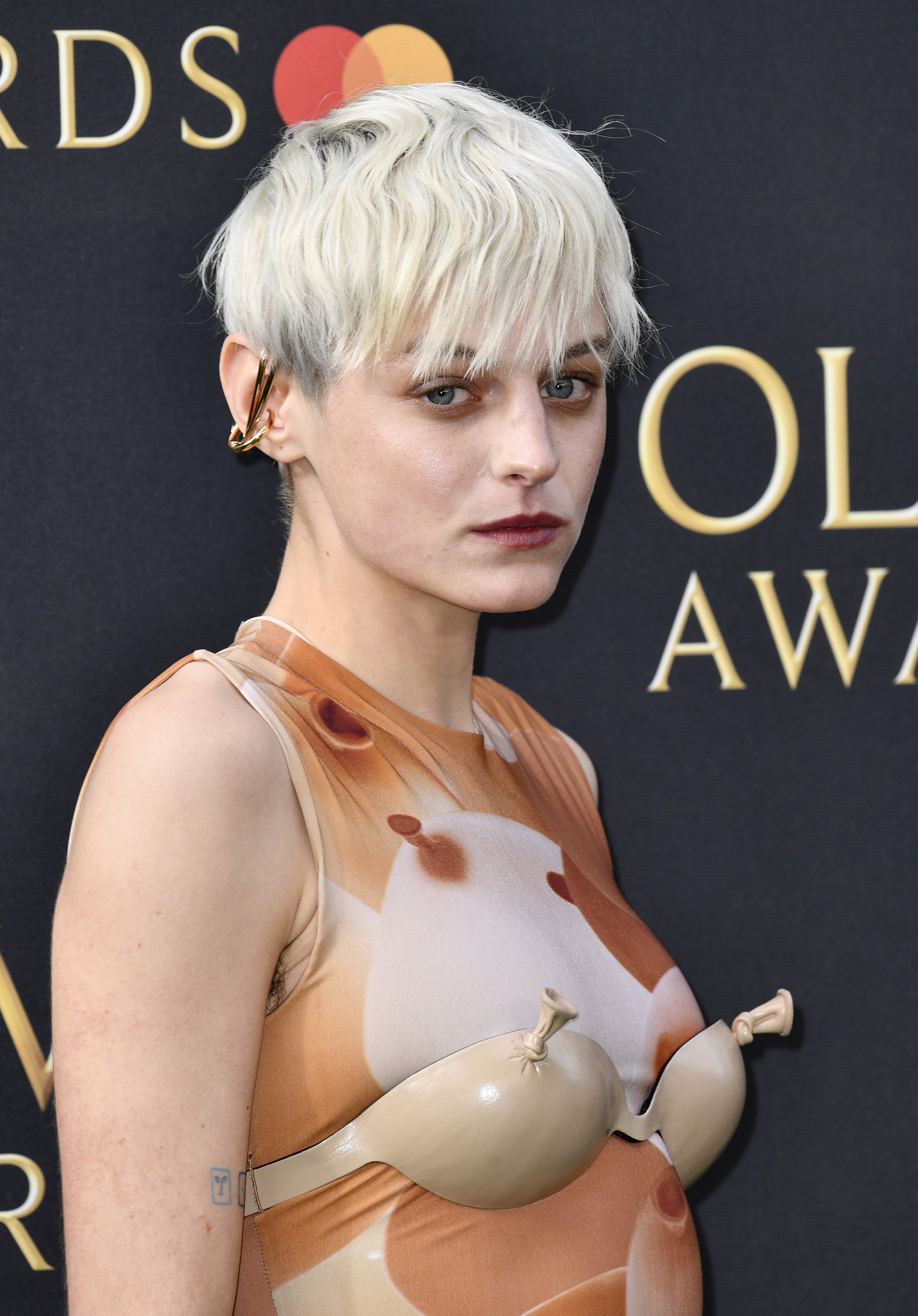 On social media in March, the Spanish luxury brand said it set out to create a collection “that entices a reaction, draped dresses with balloon bras, a trompe-l’oeil embrace and more balloons, down to the heels.”