This is one pair of celebrity besties we never saw coming! Lady Gaga and Tom Cruise posed together in a series of loving — and unexpected — photos.

“Thank you for coming to the show last night,” the “Paparazzi” singer, 36, captioned the pictures she posted with the Mission: Impossible star via Twitter on Monday, May 2. “I love you my friend @tomcruise.”

Gaga, who is currently performing shows at her residency at the Dolby Theater in Las Vegas, kissed Cruise, 59, on the cheek in the first image while he returned the favor in the second. The actors smiled contentedly: the Risky Business star grinned broadly as the Oscar winner gave him a smooch. The “Bad Romance” artist, for her part, closed her eyes and beamed during her peck from Cruise.

Though their friendship may seem unexpected, the two have bonded over Top Gun: Maverick, the upcoming Top Gun sequel they both worked on.

The Rain Man star once again reprises his role as top-tier pilot Maverick in the action film. The “Born This Way” singer wrote the song “Hold My Hand” for the soundtrack. 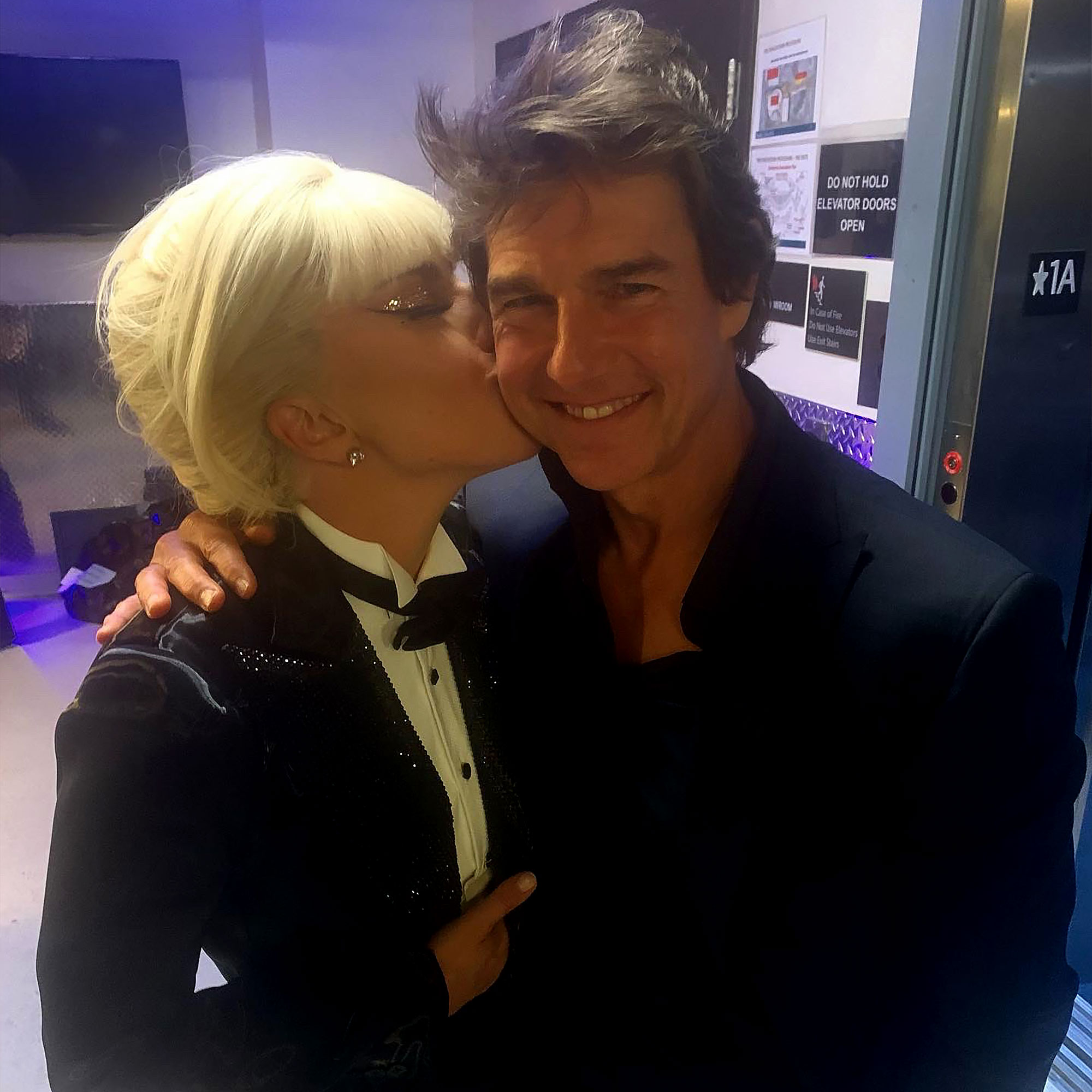 “Can’t wait for you to hold my hand 🎵,” the official Top Gun: Maverick Twitter handle replied to Gaga’s photos with Cruise.

Even before posting the images with the Eyes Wide Shut actor, Lady Gaga had been hyping up the film — and Cruise — for weeks.

On Saturday, April 28, she shared the movie’s trailer on Twitter, writing, “Here we go Tom 🤝 so proud to be a part of this.”

She told fans: “You’re gonna love this movie its outrageously brave, breathtaking and filled with heart. Plus I can’t wait for you to hear the song and music I wrote/produced for it! ‘Hold My Hand’ #TopGun.” 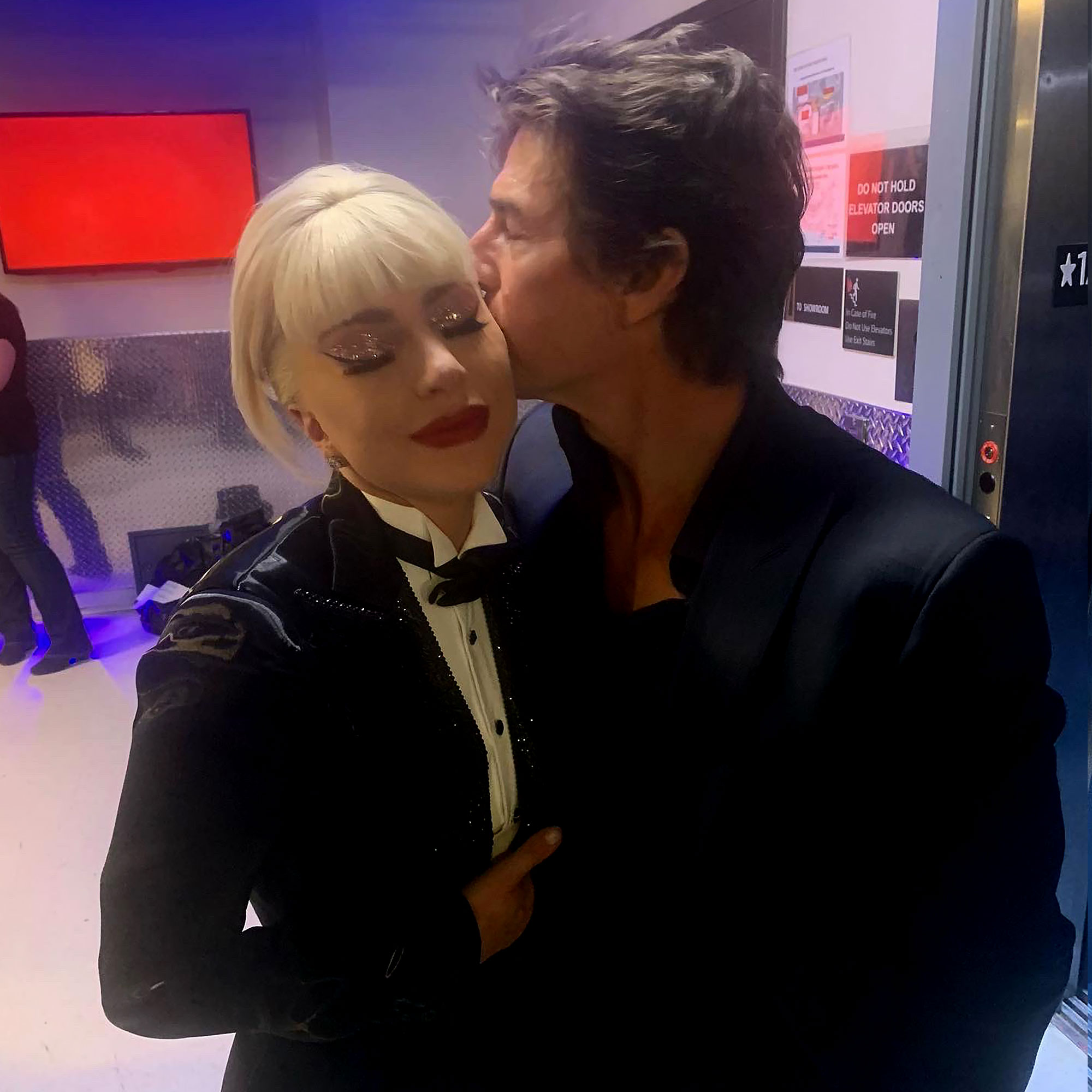 The day prior, the Grammy winner announced the song via Twitter and noted she was “so grateful” for “Tom, [composer] Hans [Zimmer] and [director] Joe [Kosinski] for this opportunity,” calling it “a beautiful experience working with them.”

Tom Cruise Through the Years: From His Movies to Headline-Making Marriages

Gaga further explained that the song has “multiple layers … spanned across the film’s heart, my own psyche, and the nature of the world we’ve been living in.” She elaborated: I wanted to make music into a song where we share our deep need to both be understood and try to understand each other — a longing to be close when we feel so far away and an ability to celebrate life’s heroes.”

“Hold My Hand” drops Wednesday, May 3, while Top Gun: Maverick flies into theaters Friday, May 27.

Coronavirus prevention: What one item do you have at home that can kill virus?

John Cena on WWE, Are You Smarter Than a 5th Grader

Man, 30, 'killed wife's lover before forcing her to decapitate him'