On October 31, General Motors announced two bits of news that sounded at odds with one another. In one statement, the automaker celebrated a $1 billion jump in profits during the third quarter. Wall Street investors quickly sent shares rising, and GM stock shot up 9%.

Yet GM also said it was offering buyouts to 36% of its salaried workforce (18,000 employees) in an effort to contain costs. If enough employees don’t accept them and other cost-cutting measures don’t work, layoffs would follow.

Despite Trump administration claims of a booming economy, GM and Ford staff reductions are likely to exceed 20,000 workers in the coming year. In short, auto industry workers may become the biggest losers of the GOP tax cuts and ongoing trade war.

When a $1 billion profit doesn’t cut it

GM’s earnings report exceeded the expectations of Wall Street analysts in just about every way. Earnings per share blew away predictions and revenues were solid. CFO Dhivya Suryadevara described it as “a very strong quarter.”

Those profits jumped despite slightly lower sales, a phenomenon due to average transaction prices hitting $36,000 per vehicle. All-new models like the GMC Sierra Denali and pricey AT4 variant helped push up that profit, which soared compared to 2017 numbers.

Yet Mary Barra pointed to “structural costs” that included higher steel prices from tariffs. That was the same reason behind Ford’s announcement of coming layoffs, and why Ford employees will see lower profit-sharing checks this year.

It’s apparently a case of $1 billion in profits not being enough to protect employees.

In what seems like an odd note to include in an email about job cuts, Barra mentioned that GM’s stock price was not increasing enough. At $36.06 on November 1, it had only gone up 10% since the company went bankrupt and received a $50 billion bailout from the government.

GM employees soon to be out of work may wonder what happened to the windfall the automaker (and every other corporation) received in the way of a 40% tax cut this year. After seeing its tax rate slashed, GM followed through on 1,500 layoffs at a plant in Lordstown, Ohio. 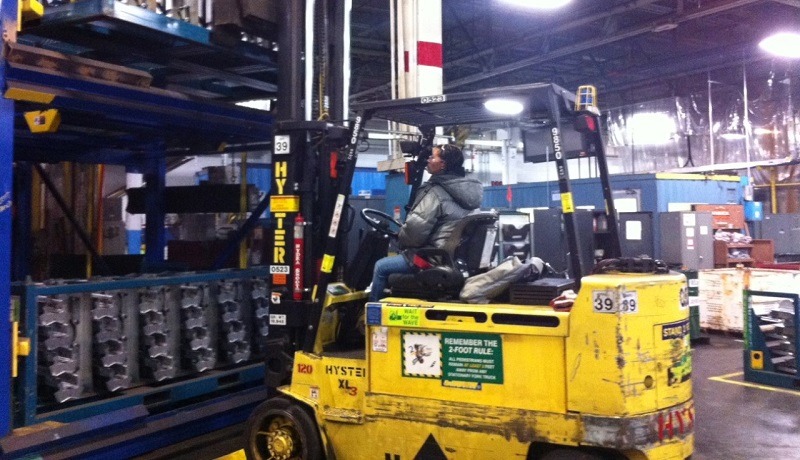 Activity at GM”s Lordstown OH plant got considerably lighter after the tax cuts passed through the GOP Congress. | General Motors

Combined with many other companies laying off employees after the tax cuts passed, we’ve at the point where the GOP legislation can be called a failure for the middle class. The biggest investment that we’ve seen this year has been in stock buybacks, and it hasn’t been close.

Prior to Trump starting his trade skirmish with China, GM was one of the U.S. companies that offshored the most jobs overseas. (That had no impact on the company’s government contracts.) With the car maker bent on cutting major costs in the coming year, we may be seeing more of the same.

Of course, this part of the equation only describes the manufacturing side. If prices on vehicles rise — and automakers expect them to — then consumers will have a harder time buying them. That will bring down sales further, which once again drive companies to lay off workers. 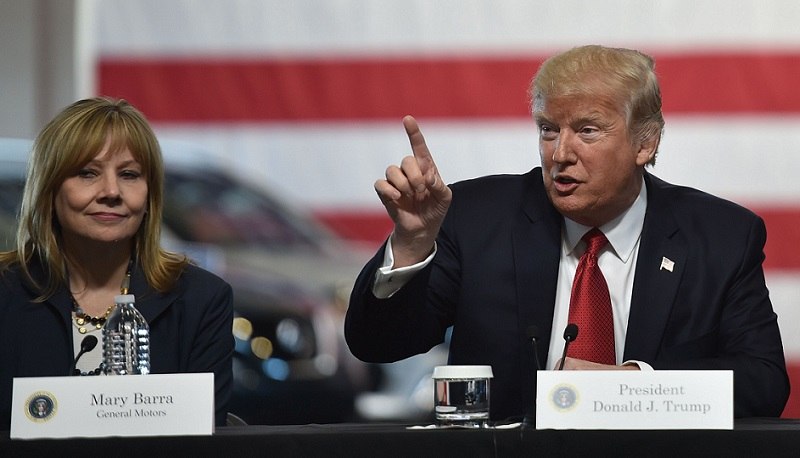 Economists and experts on trade warned that tariffs and corporate tax cuts would end up hurting the middle class the most. After all, there were no protections for workers in the GOP tax plan. Corporations could eliminate as many jobs as they like and still pay the dramatically lower rate every year in the future.

We’re starting to see it play out that way precisely, with GM taking the lead.

Coronavirus closures: Which shops have closed due to coronavirus pandemic?

Riz Ahmed Reveals The Identity Of His New Wife