Just in time for #TBT, Gigi Hadid is here with the ultimate ‘90s beauty and style look. The supermodel attended the Being Serena premiere in NYC last night with her sister Bella, and her face-framing updo, matte makeup and suited wardrobe had a very throwback vibe — albeit with a 2018 spin. And let Us not forget the rich oxblood lip that tied it all together.

Celeb makeup artist Patrick Ta dreamed up the the contoured look that called to mind OG supermodels like Cindy Crawford and Christy Turlington Burns. While the ‘90s were known for matte complexions and ultra-fine brows, Gigi’s look was much for modern thanks to her illuminated features and feathered arches. Ta subtly contoured the face to sculpt her chiseled cheekbones, while still bringing light to the nose, inner corners of the eye and forehead. Rather than a heavy brown eye a la 1990, Gigi sported a taupe shade with graphic black liner, and her brows were brushed up and filled in for added emphasis.

Stars in Suits! See Which Celebs Traded In Their Dresses For Pantsuits and Own The Red Carpet

The neutral makeup allowed for Gigi’s pout to take center stage. The deep matte burgundy hue was drawn on to perfect and popped against her fair skin. On Instagram, Ta shared he used Maybelline products (Gigi is an ambassador) for the look, and the lip color looks like the $7.50 Burgundy Blush shade from the Color Sensational Creamy Matte Lipstick collection. 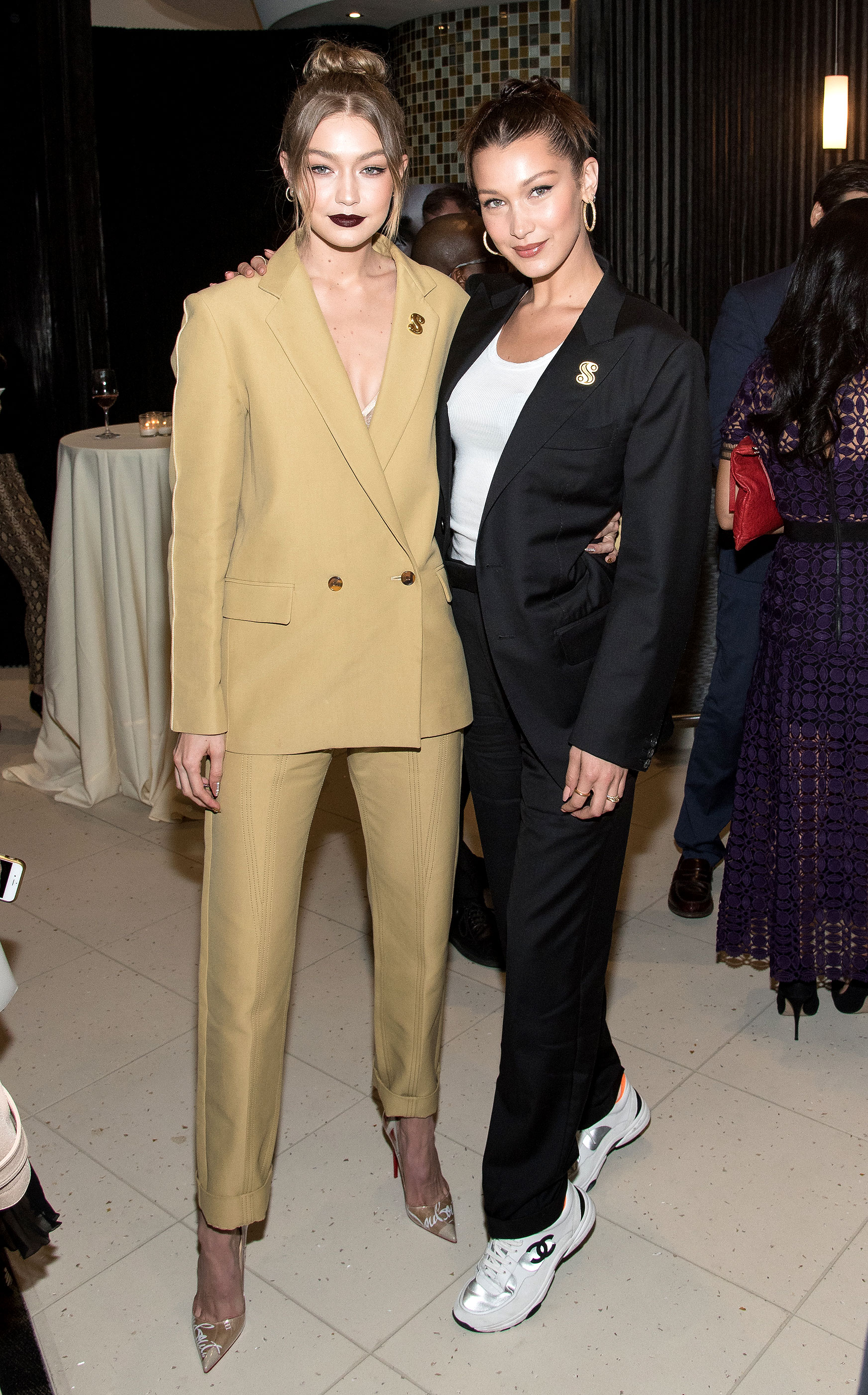 Hairstylist Bryce Scarlett, meanwhile, crafted an equally retro-meets-modern updo for the model. He fastened her blonde locks into a top knot before pulling out some face-framing waves. Gigi’s Derek Lam pantsuit and matching Christian Louboutin pumps also seemed to be of another decade. The golden-hued double breasted jacket paired well with the matching cigarette trousers and a dual set of Effy gold and diamond hoop earrings.

Despite the fact that Gigi and Bella weren’t born until 1995 and 1996 respectively — missing half the decade — they clearly feel a sartorial kinship to the era, and we love that they are showing Us how to modernize the look!

Acid victim, 35, whose was doused him with acid recalls horrors

Giuliana Rancic to Return as Cohost of ‘E! News’ Alongside Jason Kennedy